The Quad Is Not a Squad: Public Uncertainty Over Its Benefits Will Limit Upside Potential for Multinationals 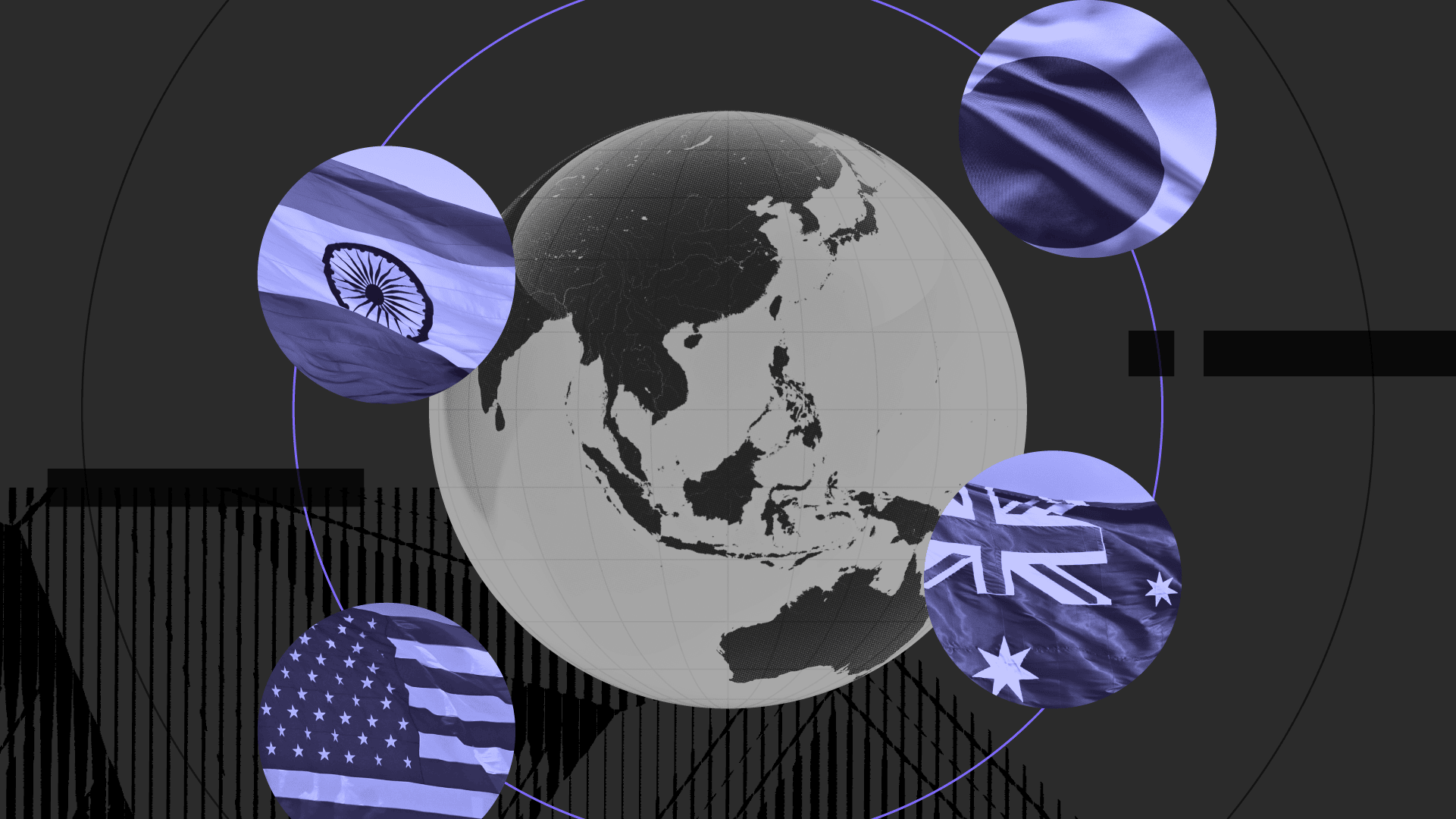 Ahead of the Quadrilateral Security Dialogue’s upcoming summit, all three Asia-Pacific member countries (Australia, India and Japan) and South Korea, a close U.S. regional partner and Quad watcher, are clear-eyed about the risks of increased military tensions with China. If relations were to worsen, majorities of adults in all four countries anticipate reduced inward investment and bilateral trade opportunities, as well as an increased pace of cyberattacks.

Respondents were asked how likely they think it is that China would take each of the following actions in response to increased military tensions with their country:

Surveys conducted March 3-8, 2022, among representative samples of 1,000 adults per country, with unweighted margins of error of +/-3 percentage points.

That holds true for national security, too. In India, a plurality of respondents think the Quad will have a positive impact; in all other countries, the largest shares of respondents are again uncertain.

Surveys conducted March 3-8, 2022, among representative samples of roughly 500 adults per country, with unweighted margins of error of +/-4 percentage points.
Most Quad Member Countries and South Korea Are Unsure If the Quad Will Improve National Security

Surveys conducted March 3-8, 2022, among representative samples of roughly 500 adults per country, with unweighted margins of error of +/-4 percentage points.

Hence the conundrum facing the United States as it seeks to expand its multilateral security footprint in Asia: Regional partners’ constituents know what economic and security risks lie ahead if military tensions with China worsen, but many are unsure whether the Quad will make those risks more or less likely to materialize.

The best-case security scenario is more of the same

Examining response patterns among those who do hold opinions of the Quad’s impact on regional and national security yields a more optimistic assessment.

In two out of three Quad member countries (Australia and Japan), the largest shares think the Quad will have no impact on the likelihood of military conflict in Asia, while in all three, the bulk of respondents who have an opinion think it will improve national security. Public sentiment thus paints a picture of the Quad as a regional stabilizer: By offering a regional counterbalance to China, the Quad will help maintain the status quo in regional relations, in turn affording member countries more national security than if the Quad did not exist.

South Korea is an outlier on both fronts: Respondents who hold an opinion are more likely to think the Quad will have no impact on regional or national security. The country’s fixation on North Korea — distinct from the Quad’s focus on China — likely explains the divergence.

Given these dynamics, what should multinationals doing business in the region expect? The best-case scenario at present is supply chain stability, whereby the Quad provides a soft backstop that keeps regional and global supply chains relatively free of further geopolitical interference by preventing regional spats from boiling over.

This would be net positive for U.S. companies in particular, as public sentiment among respondents in the three Asia-Pacific Quad member countries and South Korea already favors trade and investment from American companies over Chinese ones.

But local and multinational companies with a regional presence should not anticipate much beyond that. While respondents in Australia, India, Japan and South Korea are highly unsure about the Quad’s impact on regional security dynamics, they are far more certain that their economies benefit when the United States and China get along.

Pluralities of Respondents in the Quad and South Korea See Economic Benefits From Improved U.S.-China Relations

Surveys conducted March 3-8, 2022, among representative samples of 1,000 adults per country, with unweighted margins of error of +/-3 percentage points.

To the extent that public opinion influences the direction of Quad ties in the months ahead, it is unlikely to rock the boat too forcefully.