What’s to Blame for the Baby Formula Shortage? According to Voters, It’s Mostly Supply Chain Issues

More than half of voters pin blame for baby formula shortage on supply chain, FDA, Abbott 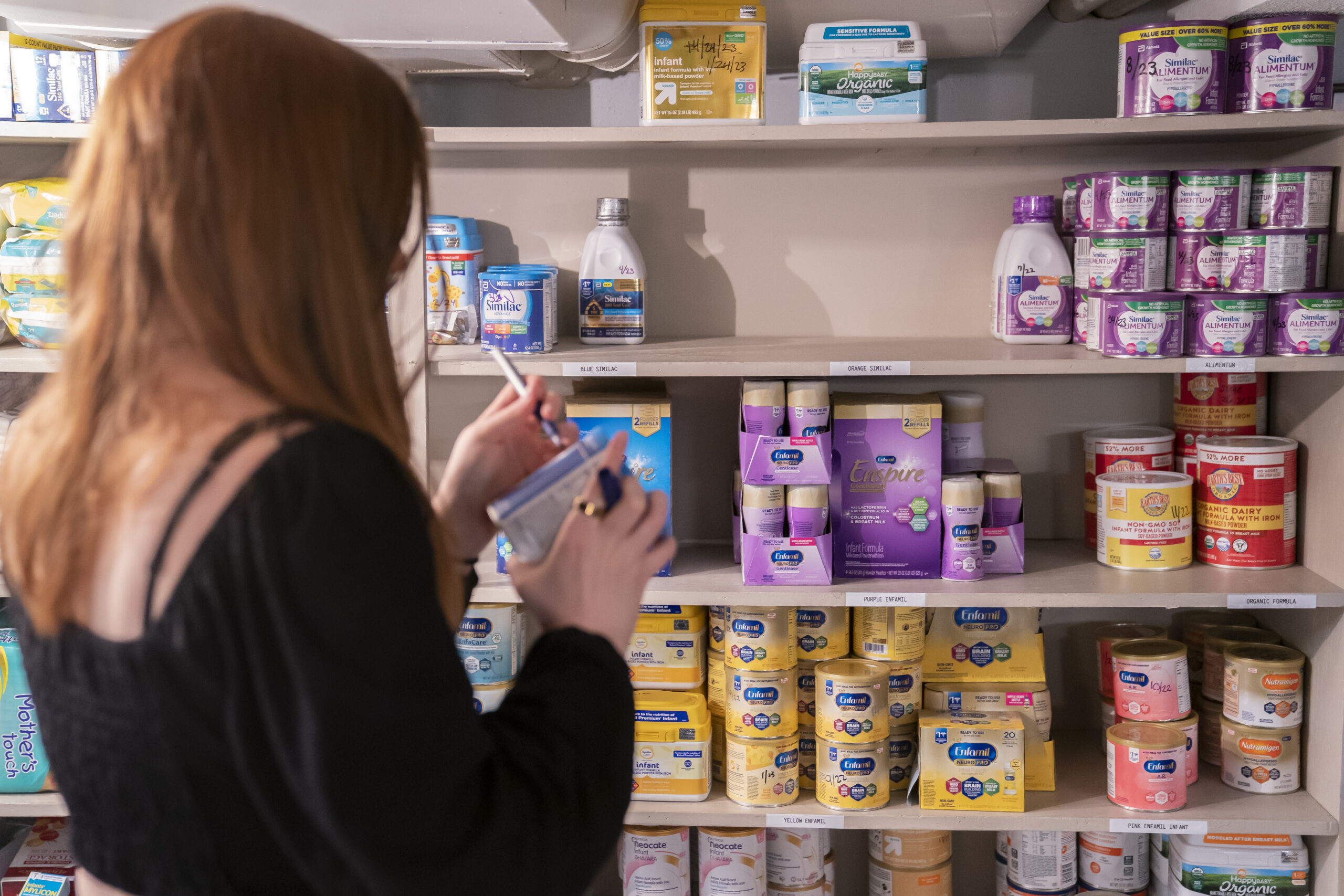 Katie Wussler, a program coordinator at Mother & Child Education Center, checks the lot number on a donated can of Similac baby formula against a list of recalled cans on May 12, 2022, in Portland, Ore. (Nathan Howard/Getty Images)
By Gaby Galvin

Policymakers are scrambling to address the nationwide baby formula shortage, and while 2 in 3 voters pin the blame on pandemic-related supply chain issues, they’re split along party lines on who else is most on the hook, according to the latest Morning Consult/Politico survey. 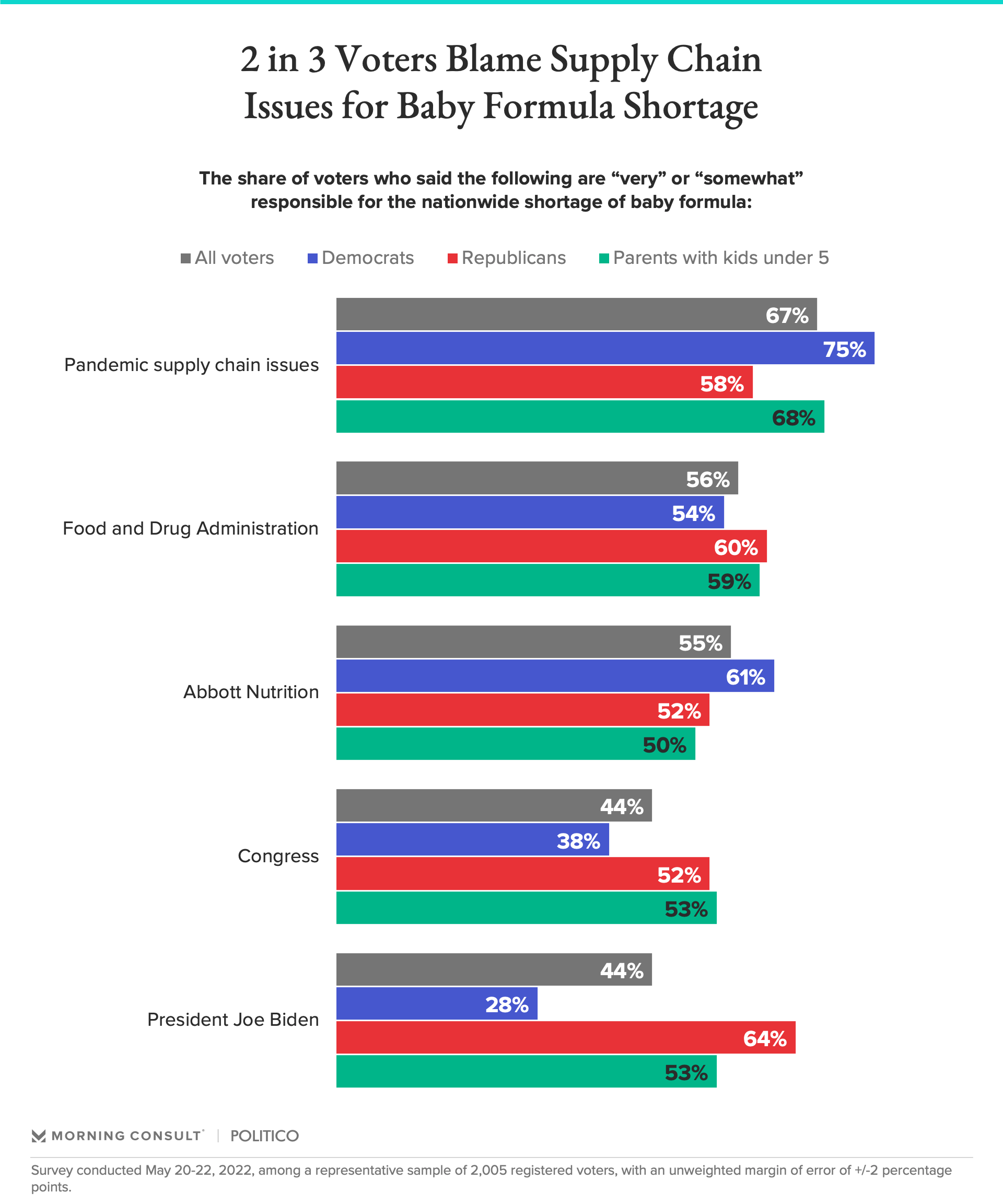