About 3 in 5 voters believe in extraterrestrial life, and of that share, almost 4 in 5 said the government has concealed information about unidentified flying objects 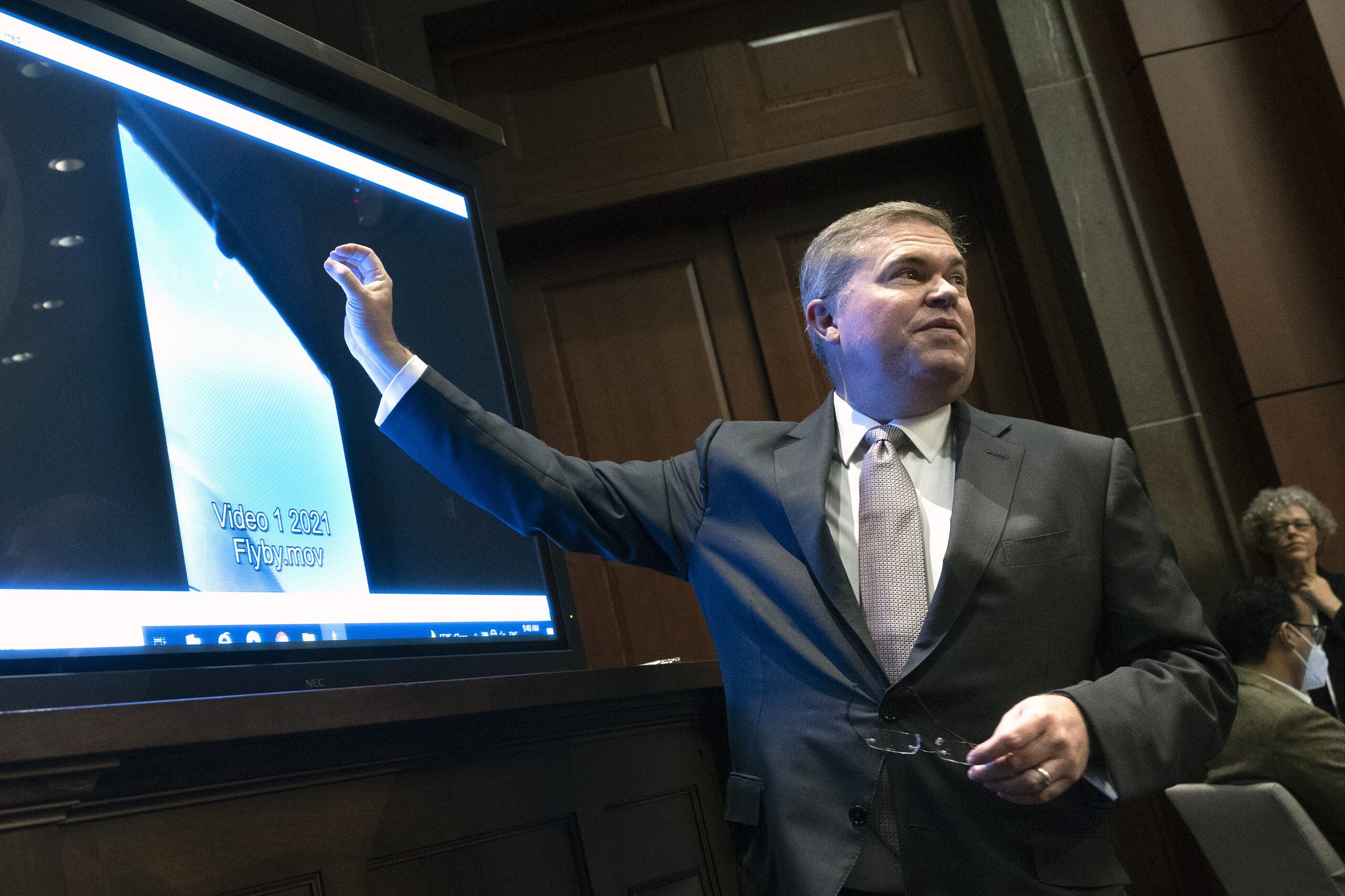 Deputy Director of Naval Intelligence Scott Bray explains a video of an unidentified aerial phenomena during his testimony before a House Intelligence Committee subcommittee hearing on UFOs on May 17, 2022, in Washington, D.C. A Morning Consult/Politico survey found that 62% of registered voters believe in the existence of extraterrestrial life. (Kevin Dietsch/Getty Images)
By Chris Teale

The phenomena of unidentified flying objects returned to Congress for the first time in decades last week for a rare hearing about their existence. And it appears most registered voters are believers: The latest Morning Consult/Politico survey shows 62% of voters think there is extraterrestrial life, and of those, 79% believe the government has concealed the existence of UFOs from the public. 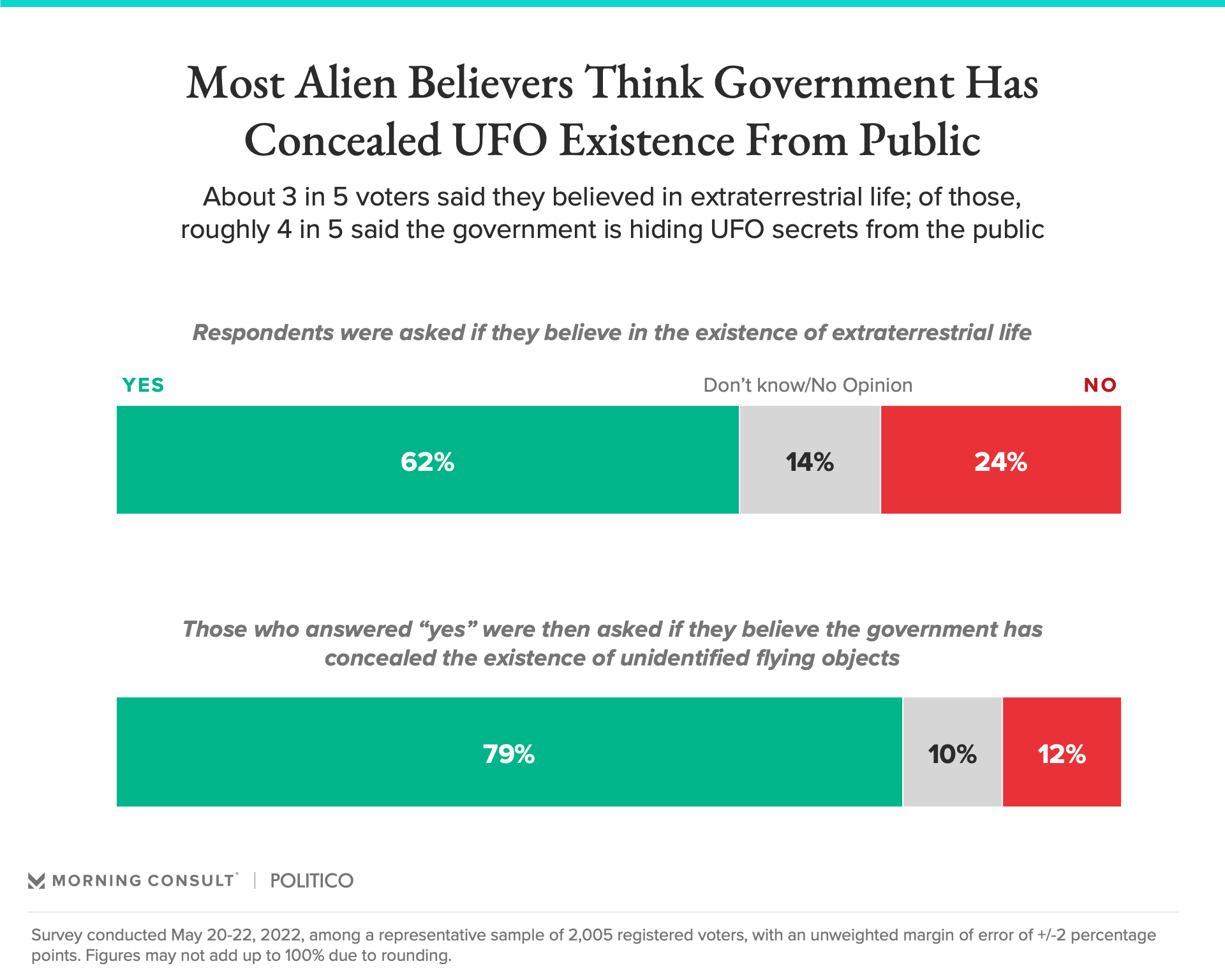 During his opening statement at the House Intelligence Counterterrorism, Counterintelligence and Counterproliferation Subcommittee hearing, Chair André Carson (D-Ind.) said “transparency is desperately needed” on UFOs and other unidentified aerial phenomena.

Despite calls for transparency, Carson said the federal government’s research in this area has been shrouded in secrecy, although two DOD representatives at the hearing offered little in the way of new information.

Meanwhile, public reports have found no evidence of extraterrestrial life, even as the clamor to gain an understanding beyond Earth continues and has received backing from NASA and private companies including SpaceX.

Related: Nearly Half the Public Wants the U.S. to Maintain Its Space Dominance. Appetite for Space Exploration Is a Different Story
Space