65% of voters back tougher gun laws, up from 60% after the Buffalo shooting earlier this month 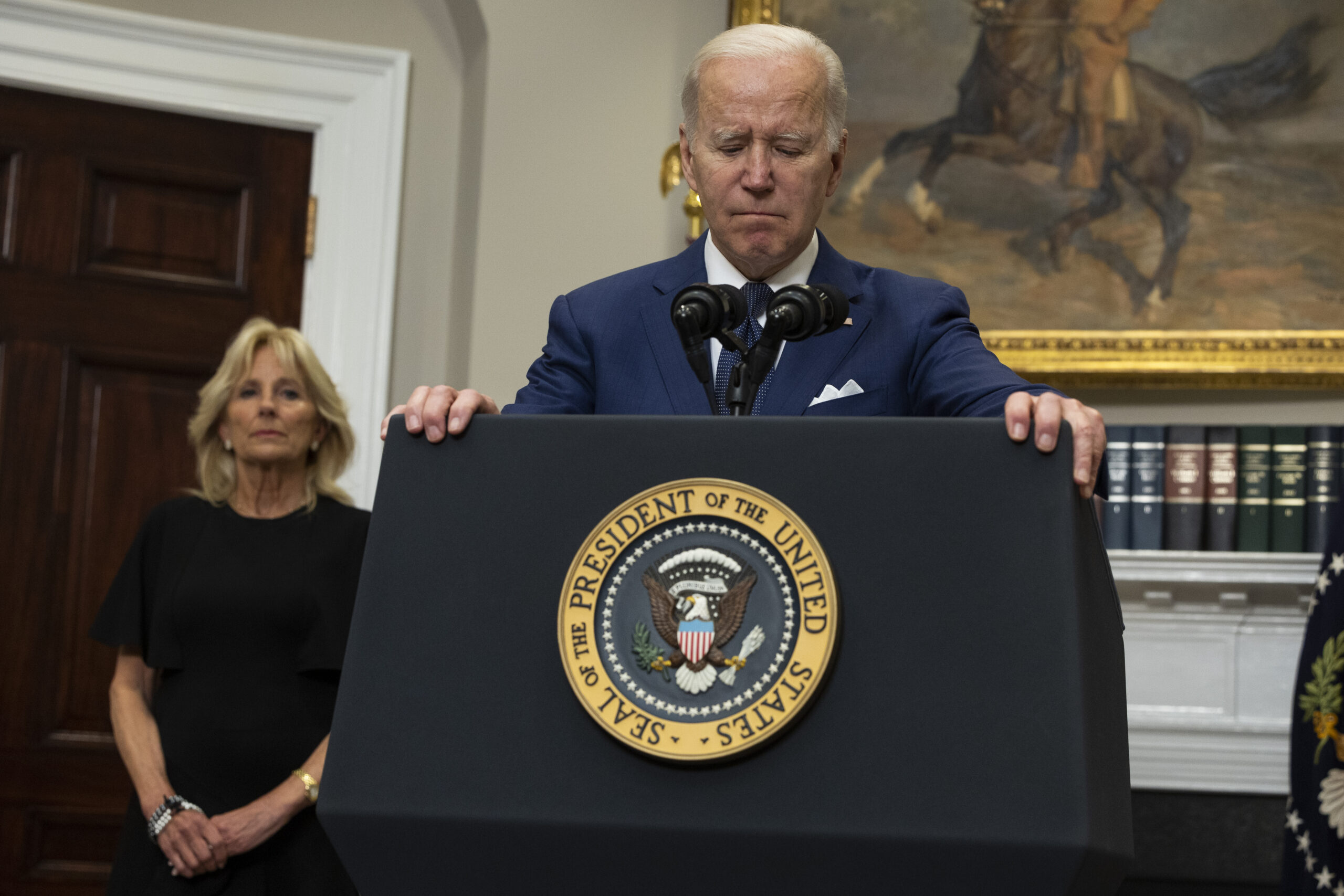 The deadly mass shooting at an elementary school in Uvalde, Texas, has sparked an increase in support for stricter gun control measures since last week, according to a new Morning Consult/Politico survey.

Voters were asked whether they support or oppose stricter U.S. gun control laws after the following mass shootings:

Surveys were conducted among a representative sample of roughly 2,000 registered voters each, with unweighted margins of error of +/-2 percentage points. Figures may not add up to 100% due to rounding.

Although the survey was conducted just one day after the Tuesday shooting, which took the lives of 19 elementary school students and two teachers, the event had near-immediate salience with the public: 52% of voters said they had seen, read or heard “a lot” about the massacre at Robb Elementary School, along with another 36% who heard some about it.

The latest massacre, carried out by a man who is believed to have legally purchased his weapons on his recent 18th birthday, prompted yet another call for congressional action on gun control measures, with Biden telling the nation in an address that “it’s time to turn this pain into action.”

While just over a third of voters (37%) expect Congress to pass stricter gun control laws over the next year, many policies aiming to tamp down on violence have broad and bipartisan support from an electorate that largely expects more — not fewer — mass shootings and gun violence incidents over the next few years. 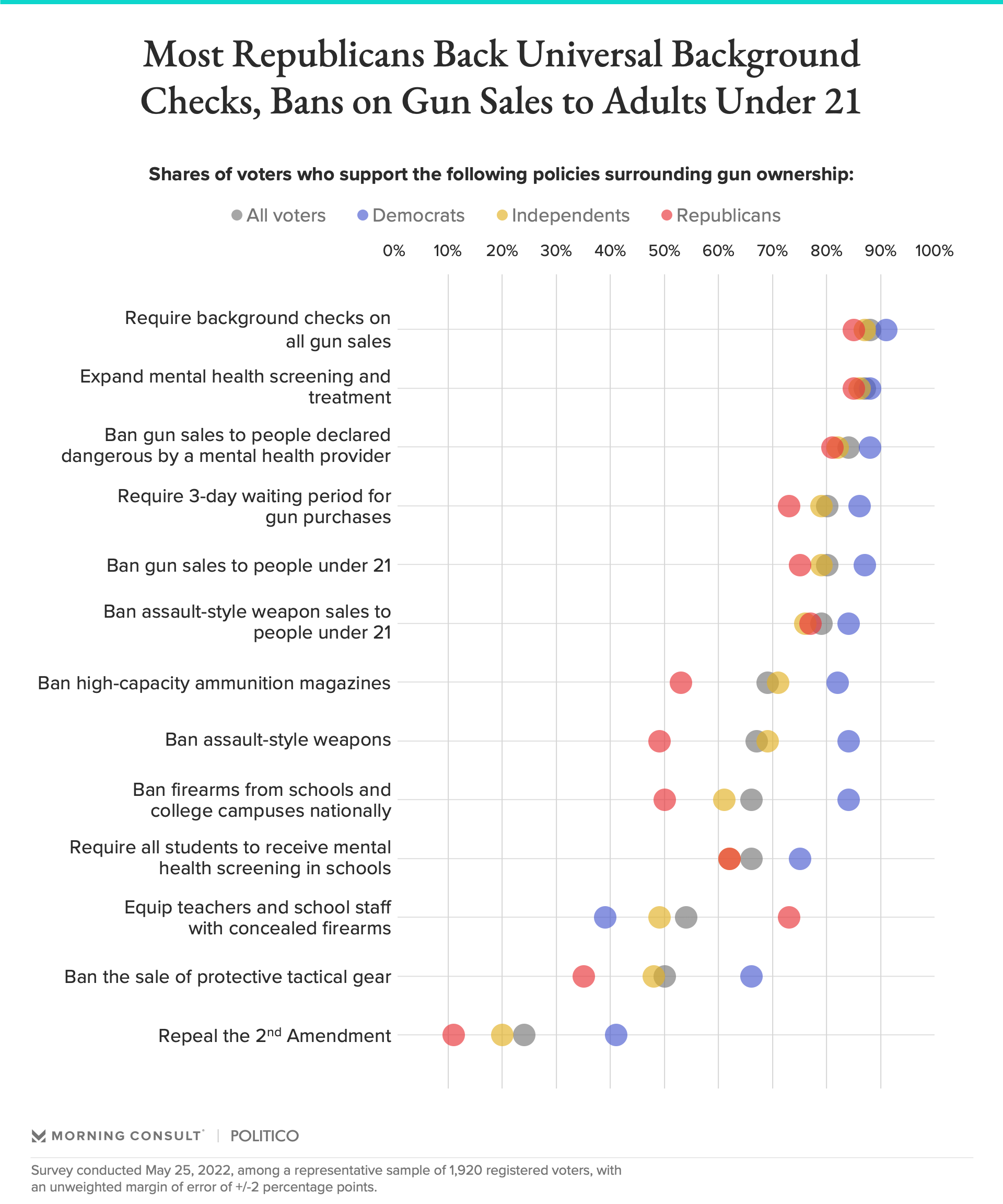