Some Companies Are Starting to Embrace the Metaverse. Many Tech Employees Are Interested in Doing Certain Work Tasks in Virtual Reality 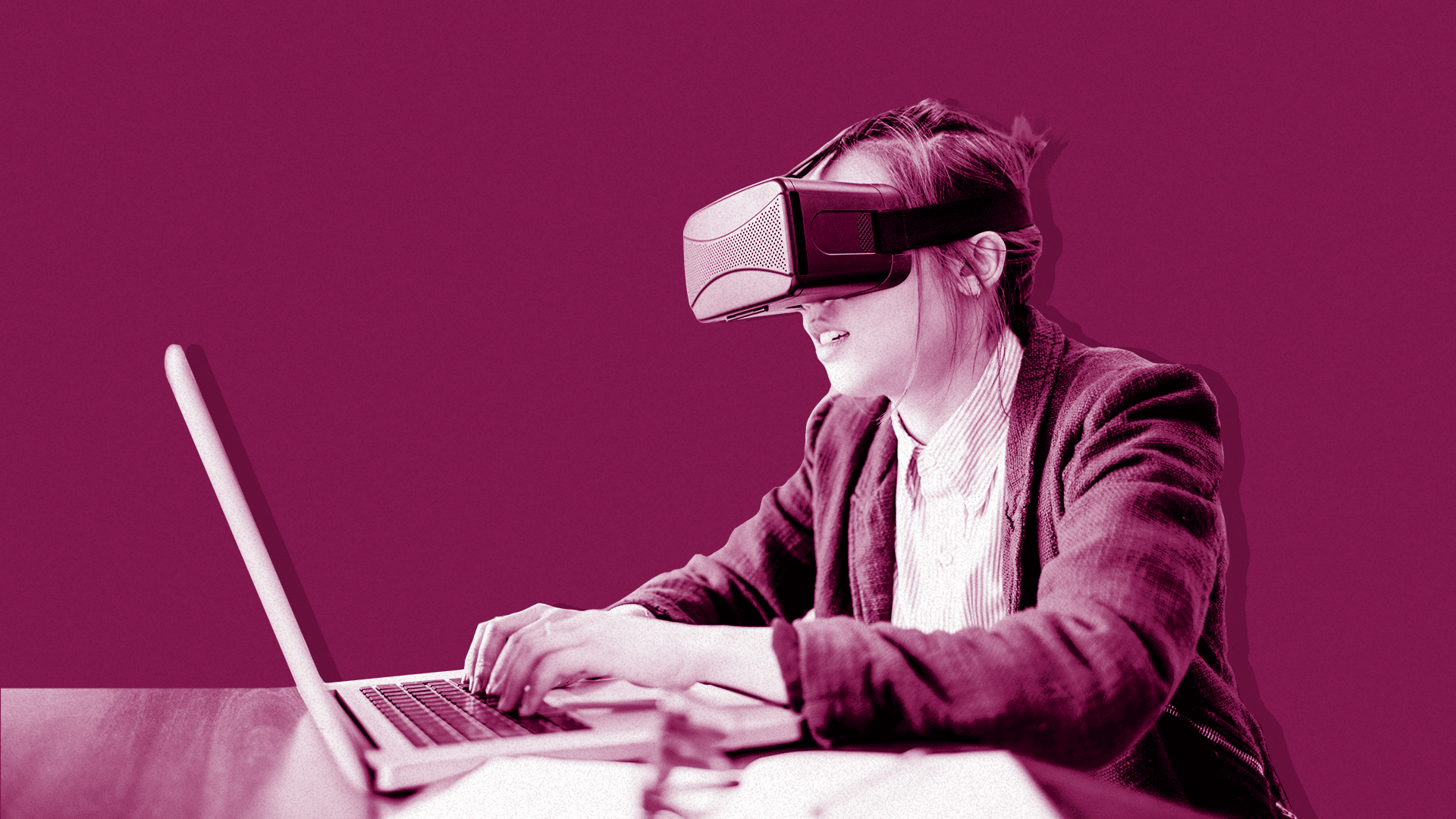 A new special report from Morning Consult explores tech employees’ attitudes toward work as the pandemic enters a new phase. The data is drawn from a survey of 750 technology workers. Other stories in the series: Many Tech Employees Say They’d Quit Rather Than Be Monitored During Work | Tech Companies Are Still Figuring Out Return-to-Office Plans. Most Workers Don’t Want a Full-Time, In-Person Return

The way Meta Platforms Inc. President of Global Affairs Nick Clegg tells it, workers at the tech giant have fully embraced working in the metaverse, writing in a Medium post that his team meets weekly in the company’s Horizon Workrooms app and its virtual meeting rooms from wherever they are in the world.

“Yes, we are meeting as stylized representations of ourselves,” Clegg wrote, “but there really is something about the sense of place and space, and the directional sound in particular, that makes the meetings feel much more human than talking to thumbnail faces on a laptop.”

There appears to be similar interest among other tech workers in performing certain work activities in the metaverse, according to a new Morning Consult survey.

About 3 in 5 Tech Workers Interested in Using VR for Training and Professional Development
More than half said they’re interested in using a digital avatar for virtual meetings, while face-tracking technology holds less appeal

Respondents were asked how interested they would be in the following at work:

A similar story emerges in measuring tech workers’ comfort with using VR headsets for training and digital avatars for meetings: Roughly 3 in 5 apiece said they would be comfortable using those metaverse tools at work. And again, slightly less than half said they would be comfortable using face-tracking technology to make their digital avatars more realistic.

About 3 in 5 Tech Workers Comfortable Using Metaverse for Training, Professional Development
A similar share also said they would be comfortable using a digital avatar for meetings

Respondents were asked how comfortable they would be with the following:

The interest in professional development may give metaverse advocates heart, although experts said these use cases are still at the early stages of their development. In a January report, the Government Accountability Office’s Science, Technology Assessment and Analytics team highlighted how extended reality technology can be used and the challenges it faces.

The GAO said extended reality technology like the metaverse can help train surgeons, let medical professionals virtually examine patients’ bodies and help psychotherapists to treat addiction disorders. Brian Bothwell, STAA’s director, said the issue with these use cases is they are still in the early stages and need far more investment in the technology, as well as enabling technologies like 5G and artificial intelligence.

The GAO also noted how extended reality technology could aid workplace collaboration among colleagues — a crucial part of Meta’s and Microsoft Corp.’s first forays into the metaverse.

During the company’s second-quarter earnings call, Microsoft Chief Executive Satya Nadella said its new Mesh for Teams offering will help people connect virtually in the metaverse in a “shared immersive experience where they can have watercooler-type conversations, and even whiteboarding sessions.”

A Microsoft spokesperson declined to comment further. Spokespeople with Meta did not respond to requests for further comment on their metaverse plans, but in a separate email, a spokesperson provided a link to Clegg’s Medium post.

Metaverse use low so far among tech companies

However, there is evidence that uptake of the metaverse and its associated technologies among tech companies has been slow so far. In the survey, 77% of tech workers said their company does not have employees use metaverse VR technology, compared to 23% that said its use is either required or optional.

Bothwell said it may take a while for other companies to make the “business decision that it’s worthwhile” to enter the metaverse, although once they make those investments, it will spur others to do the same.

For some tech companies, the hybrid or fully remote work environment during the COVID-19 pandemic has spurred them to embrace the metaverse. Internet of Things provider Environments is taking the first steps into the metaverse with an in-development space for collaboration, spontaneous conversations and onboarding new employees via digital avatars as it builds what CEO Erin McDannald called a “workplace of the future.”

McDannald said she was inspired to have Environments enter the metaverse on the Unity platform after seeing her children enjoy the immersive experiences of Roblox and Epic Games Inc.’s Fortnite.

“I thought, ‘What is the psychological association with the space and the brand?’ And I think there is a really significant need for physical space for companies,” she said. “But I still feel a need for my employees to connect to our brand on a daily basis, even though they’re not in our office.”

Nearly 7 in 10 Tech Workers Have Heard At Least Something About the Metaverse
About half have also heard about plans by Microsoft, Sony and others to use the metaverse for work products

Respondents were asked how much they had seen, read or heard about the following:

For other tech companies looking to embrace the metaverse, McDannald said they should focus on not making it overly complex or unwieldy too quickly. Starting with firm aims for its use and a “very simplistic perspective” is a must.

Related: Many Tech Employees Say They’d Quit Rather Than Be Monitored During Work
Metaverse