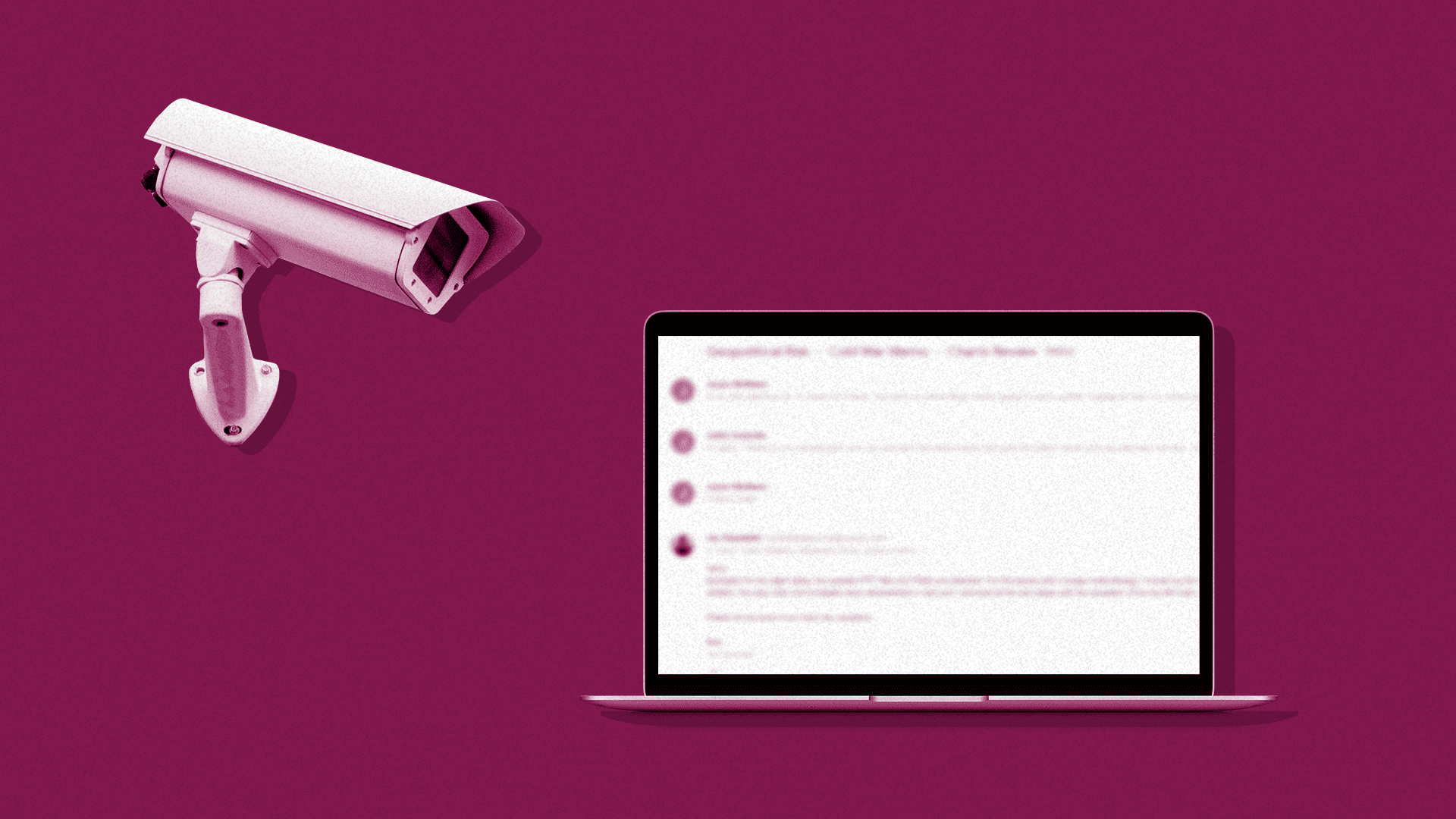 A new special report from Morning Consult explores tech employees’ attitudes toward work as the pandemic enters a new phase. The data is drawn from a survey of 750 technology workers. Other stories in the series: Tech Companies Are Still Figuring Out Return-to-Office Plans. Most Workers Don’t Want a Full-Time, In-Person Return | Some Companies Are Starting to Embrace the Metaverse. Many Tech Employees Are Interested in Doing Certain Work Tasks in Virtual Reality

Zoom Video Communications Inc.’s trial of an artificial intelligence-backed system to detect a person’s emotions has come under scrutiny from privacy advocates, who say it is another example of workplace surveillance technology.

A letter signed by a coalition of more than 20 civil rights and digital privacy groups called it “invasive technology” that is a “violation of privacy and human rights,” and urged Zoom — whose spokespeople did not respond to requests for comment — to rethink its deployment.

That coalition may have a powerful ally in its fight against workplace surveillance: employees of tech companies.

A new Morning Consult survey found that many tech workers who said they aren’t currently monitored at work are inclined to quit their jobs if their companies used various workplace surveillance methods, which includes keystroke tracking, the ability for employers to remotely access computers and take screenshots or even audio or video.

Roughly half of those unmonitored workers said they would resign if their employer used facial recognition technology to monitor their productivity or if their company remotely recorded audio or video of them. And  they were more likely than not to say they would quit if their companies tracked their keystrokes or took screenshots of their computer screens.

Respondents were asked if they would resign if their company used the following surveillance technology:

Survey conducted April 28-May 12, 2022, among a representative sample of at least 525 technology workers who said they do not believe their employer uses surveillance technology, with an unweighted margin of error of +/-4 percentage points. Figures may not add up to 100% due to rounding.

The small share of tech workers who said they work at companies that use surveillance methods are supportive of some aspects of workplace monitoring, but privacy advocates expressed concerns about the future, especially if the practice becomes more widespread.

Caitlin Seeley George, campaign and managing director at the privacy advocacy group Fight for the Future, said in an email that high levels of workplace monitoring are “an invasion of privacy” that will “erode workers’ trust in their employers.”

Respondents were asked the extent to which their companies use the following workplace surveillance technologies:

Survey conducted April 28-May 12, 2022, among a representative sample of 750 technology workers, with an unweighted margin of error of +/-4 percentage points. Figures may not add up to 100% due to rounding.
Roughly 3 in 4 Unmonitored Tech Workers Say They Would Be Surprised if Their Employer Used Surveillance Tech

Respondents were asked the extent to which they would be surprised if their companies use the following workplace surveillance technologies:

Survey conducted April 28-May 12, 2022, among a representative sample of at least 525 technology workers who said they do not believe their employer uses surveillance technology, with an unweighted margin of error of +/-4 percentage points. Figures may not add up to 100% due to rounding.

The use of surveillance technology looms large for tech employees, both in their current jobs and in future opportunities. Of those who said their companies use various forms of the technology, around half said they plan to leave their current role because of its use. In particular, about 2 in 3 said they’d resign over the use of facial recognition to monitor productivity.

The reluctance to embrace workplace surveillance technology extends to future job opportunities, too. More than half of those surveyed in the technology sector said they would not accept a role in their field if their prospective employer used one of the listed techniques, while fewer than 2 in 5 said they would.

Respondents were asked if they would accept a job in the tech sector if the company used the following workplace surveillance technologies:

Seeley George said the data shows “a shift in what people prioritize when looking for jobs, and the best people are going to go to companies that don’t use monitoring technology.”

But there are indications the use of surveillance methods will keep growing across workplaces even outside the technology sector. Market research company Gartner Inc. said last year that the number of large firms expected to use tools to keep track of employees will hit 70% within the next three years.

Gartner also said that by next year, 10% of workers tracked by AI-driven systems will attempt to trick those systems. Whit Andrews, a vice president and analyst at Gartner, said in a statement accompanying the research that fooling AI could be “in the interest of lower workloads, better pay or simply spite,” while others could view tricking the tools as “more of a game to be won than disrespecting a metric that management has a right to know.”

There are potentially less invasive ways to monitor employees’ productivity without invading their privacy, others have noted.

Brad Killinger, chief executive at Sapience Analytics, said employers can collect data not to monitor their workers, but to try and gain insights on how they can help them do their jobs more effectively and efficiently. Sapience collects anonymized data on employees’ work patterns, activities and engagement as often as every 15 seconds but does not track keystrokes or record workers’ computer screens in any way.

“Companies traditionally do not have a data-driven decision process where they can look and say, ‘OK, I’ve got 100 employees, and out of those 100 if you immediately have 20% of those who are working 12 hours a day,’” Killinger said. “I would make an argument that they’re probably your highest risk, and your highest probability of someone saying, ‘Enough, I’m overworked, I’m tired, I’m getting burnt out, I’m going to start looking around.’”

The lack of legal protections from workplace surveillance, however, remains a concern. The Washington Center for Equitable Growth argued that the practice is “becoming the new normal” for workers in the United States, and in adopting workplace surveillance companies are shifting “the dynamics of power in the workplace in favor of firms in ways that harm workers and drive inequitable growth.”

Seeley George, who called for new legislation to protect workers and for unions to step up and advocate for their members, maintains that there will be a tangible cost for tech companies that pursue certain types of monitoring.

“There is no question that being constantly watched will have a psychological impact on people,” she said, “and could itself reduce productivity.”