Voters Are Slightly More Likely Than Not to See a U.S. Obligation to Taiwan

Americans are far from a consensus about defending Taiwan from a Chinese invasion, but nearly 2 in 3 back formal recognition of Taipei 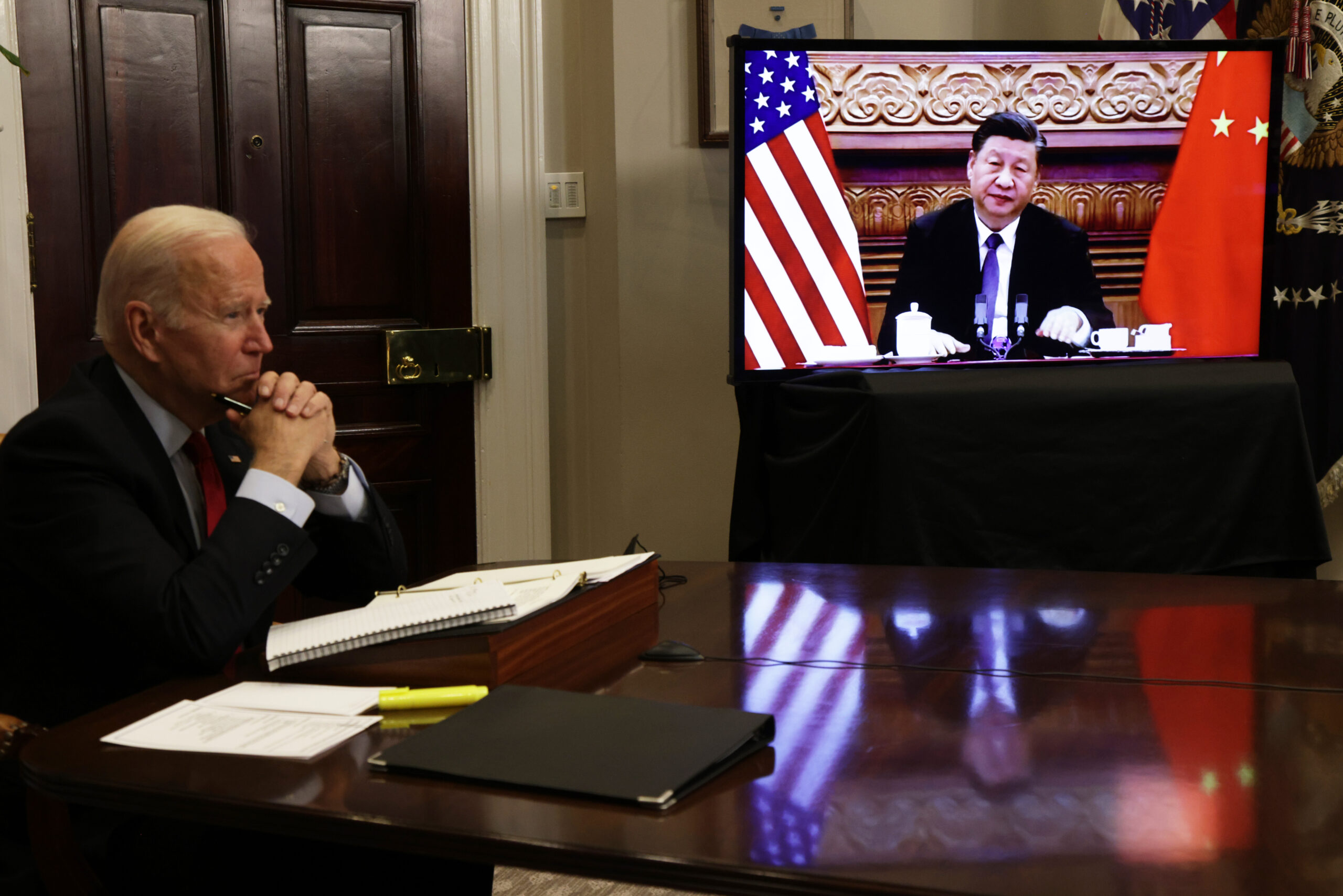 U.S. President Joe Biden participates in a virtual meeting with Chinese President Xi Jinping at the Roosevelt Room of the White House in November 2021. (Alex Wong/Getty Images)
By Matthew Kendrick

American voters are nearly split as to whether Washington has a responsibility to defend Taiwan in the event of an invasion from mainland China, according to Morning Consult survey data, with the confusing nature of the cross-strait relationship not helping. But there is clear support for formal recognition of Taiwan’s independence, which is if anything a more provocative diplomatic position.

Survey conducted May 24-26, 2022, among a representative sample of 2,005 U.S. registered voters, with an unweighted margin of error of +/-2 percentage points.

What U.S. voters think of their country’s obligation to Taiwan

The brouhaha over Biden’s Taiwan comments

President Joe Biden raised some eyebrows during his recent visit with allies in South Korea and Japan by suggesting the United States would defend Taiwan militarily in the event of a Chinese invasion — before his administration quickly backtracked to a more equivocal position. The United States has maintained a policy of “strategic ambiguity” toward Taiwan since normalizing relations with mainland China in 1979, which does not include any commitment to help Taipei if the People’s Liberation Army crosses the strait, but also doesn’t preclude doing so.

The relationship with Taiwan is therefore almost unique in U.S. foreign policy: Taiwan buys American weapons, hosts an ersatz embassy, receives visits from U.S. politicians and is generally treated like a friendly country, except it formally isn’t recognized as a country at all.

Reading between the lines, an informed reader might surmise that the United States would have an interest in defending Taiwan — after all, one generally doesn’t arm a country in hopes it will lose a war — but most folks don’t have the time or inclination to delve into esoteric East Asian diplomatic history. In fact, just 15% of voters described themselves as “very familiar” with China-Taiwan relations.

U.S. Voters Back Diplomacy and Assistance to Taiwan to Prevent Chinese Invasion

Share of voters who support each of the following policy options to deter China from invading Taiwan:

Survey conducted May 24-26, 2022, among a representative sample of 2,005 registered U.S. voters, with an unweighted margin of error of +/-2 percentage points.

What U.S. voters think should be done to deter Beijing

The survey was conducted May 24-26, 2022, among a representative sample of 2,005 U.S. registered voters, with an unweighted margin of error of +/-2 percentage points.