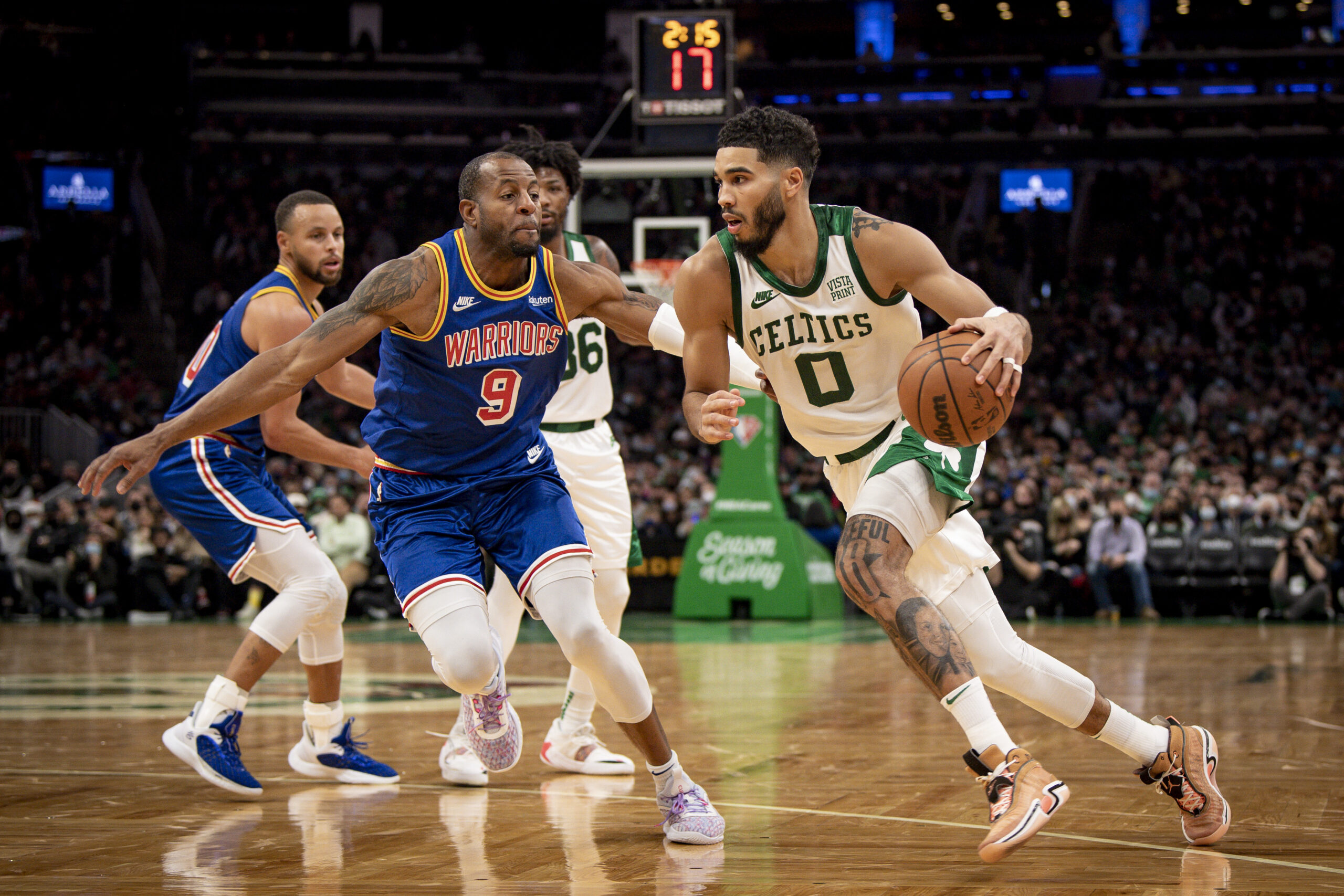 Jayson Tatum of the Boston Celtics drives past Andre Iguodala of the Golden State Warriors during a regular season game between the two NBA finalists. Americans are exactly split on which team they'd prefer to see be crowned champions. (Photo by Maddie Malhotra/Getty Images)
By Mark J. Burns

Which team are Americans rooting for this NBA Finals: The Golden State Warriors, attempting to win their fourth title since 2015, or the Boston Celtics, the storied franchise hoping to claim the Larry O’Brien trophy for the first time in almost 15 years?

It turns out they’re equally divided.

A new Morning Consult survey shows that the same share of U.S. adults (29%) want the Celtics and Warriors to win the best-of-seven series, which begins tonight on ABC from Golden State’s Chase Center in San Francisco.

U.S. adults were asked which team they want to win the Larry O’Brien trophy

Surveys conducted between May 31-June 1, 2022, among a representative sample of 2,210 U.S. adults, with an unweighted margin of error of +/-2 percentage points.

Respondents were asked if they are more or less interested in this year’s NBA Finals between the Golden State Warriors and Boston Celtics:

Survey conducted between May 31-June 1, 2022, among a representative sample of 2,210 U.S. adults, with an unweighted margin of error of +/-2 percentage points.

Interest in the 2022 NBA Finals

Disney wins no matter what

TV advertisers are readying for a primetime matchup between two of the NBA’s heavyweights. Of the 30 most-watched NBA games this season, Boston appeared in 14 contests and Golden State appeared in 13.

The Warriors are still in the midst of their dynasty run, while the Celtics’ young nucleus, led by breakout star Jayson Tatum, will try to knock off the Stephen Curry-led franchise. Regardless of who wins the title, though, media and sales executives at ABC’s parent company, Walt Disney Co., should win off the hardwood.

The survey was conducted May 31-June 1, 2022, among a representative sample of 2,210 U.S. adults, including 1,131 self-identified NBA fans, with unweighted margins of error of plus or minus 2 percentage points and 3 percentage points, respectively.