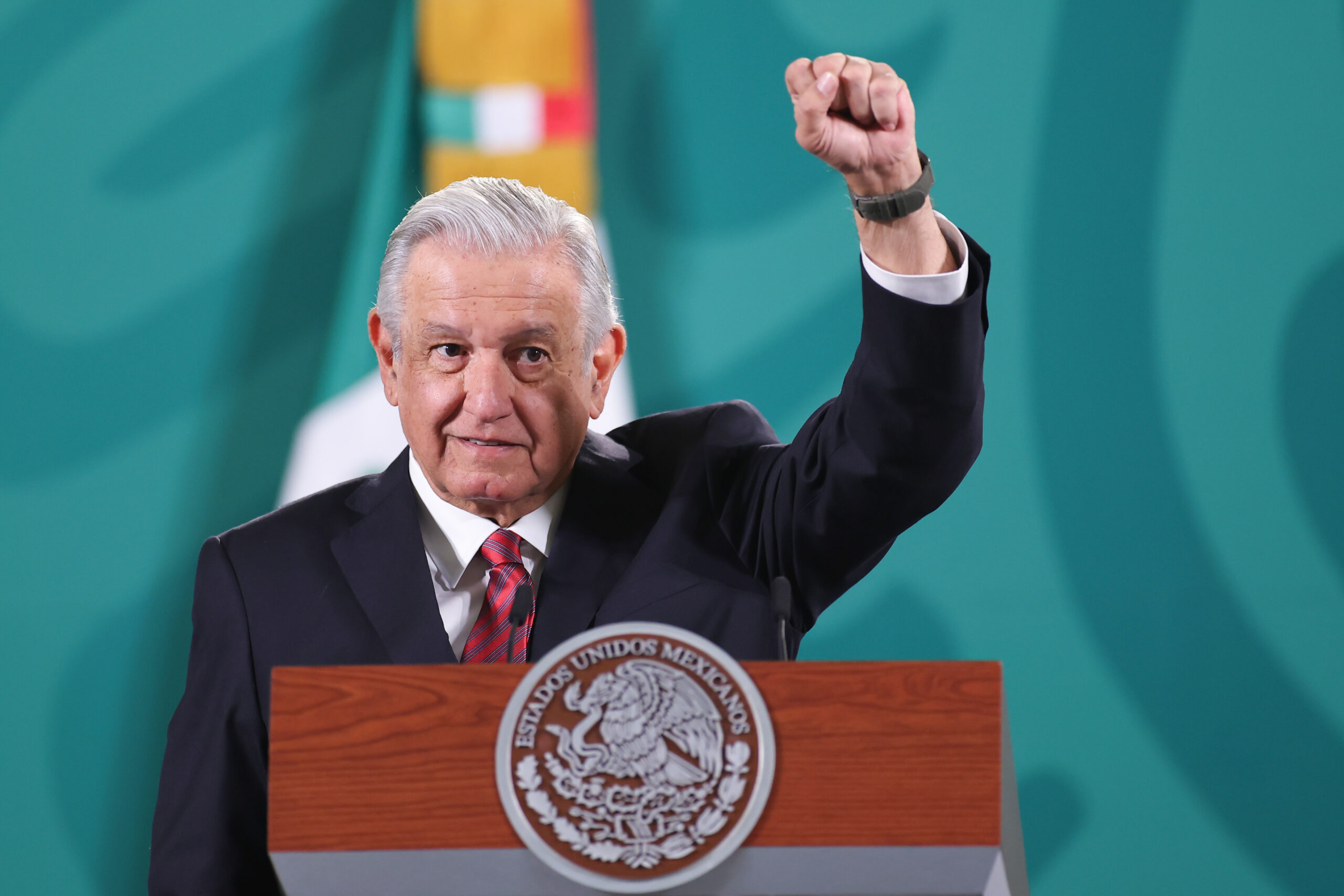 As Latin America’s top brass gathers in Los Angeles this week for the Summit of the Americas, the region’s most powerful and popular leader, Mexican President Andres Manuel López Obrador, won’t be there. 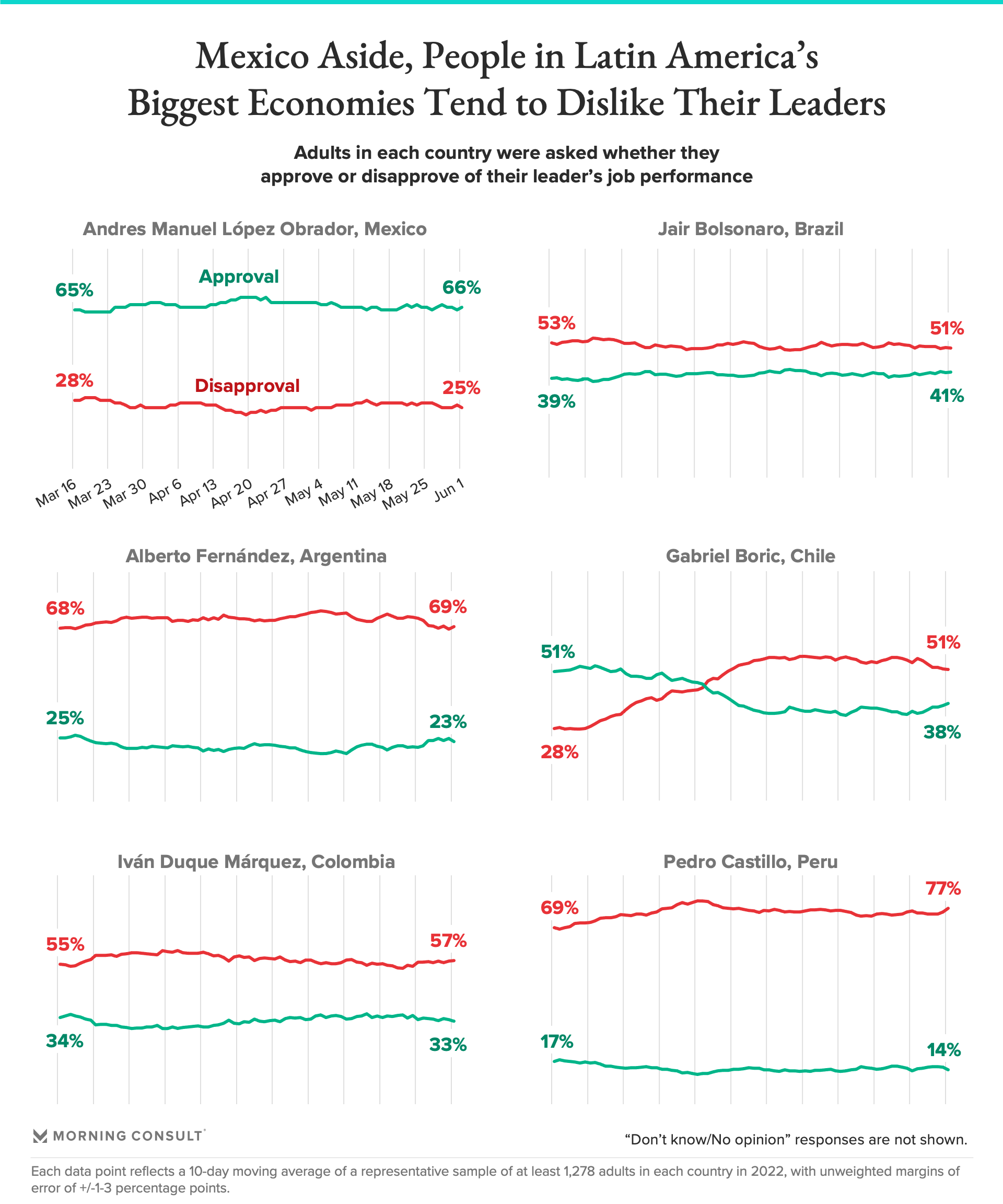 Things are pretty rough for ordinary people across much of Latin America right now. High inflation is eating away at savings, social inequality is pervasive and worsening, floods, fires and droughts associated with climate change are forcing people from their homes and jobs from Mexico down to the tip of Chile, while leaders can’t seem to deliver a better future.

Those problems aren’t new, and neither is low leader approval in the region: According to polling firm Latinobarometro, which has surveyed regularly across Latin America since 1995, disapproval of leaders has been the norm rather than the exception in all six countries since 2010.

Related: Biden’s Pivot to Asia Has a Crucial Latin American Component That’s at Risk of Neglect

So what’s López Obrador’s big secret? Well, not belonging to the Institutional Revolutionary Party that governed Mexico as a one-party state for the majority of the 20th century seems to help. Mexican data analysis firm Oraculus shows that López Obrador’s ratings are bang on par with those of former presidents Felipe Calderón Hinojosa and Vicente Fox Quesada — both members of the rival National Action Party — at the same point in their terms. On the other hand, López Obrador’s immediate predecessor Enrique Peña Nieto, the only PRI candidate to win the presidency since 2000, was the least popular president in Mexico’s modern history.

López Obrador’s absence at the Summit of the Americas may not make a dent in his domestic position, but is likely to sting in Washington, with the Biden administration pushing for a joint statement on controlling illegal migration, to which the U.S.-Mexico border is key. A statement signed by Foreign Secretary Marcelo Ebrard, who is attending in López Obrador’s place, may not carry the same weight.

The latest surveys were conducted May 23-June 1, 2022, among a representative sample of at least 2,000 adults in each country, with an unweighted margin of error of plus or minus 2 percentage points.