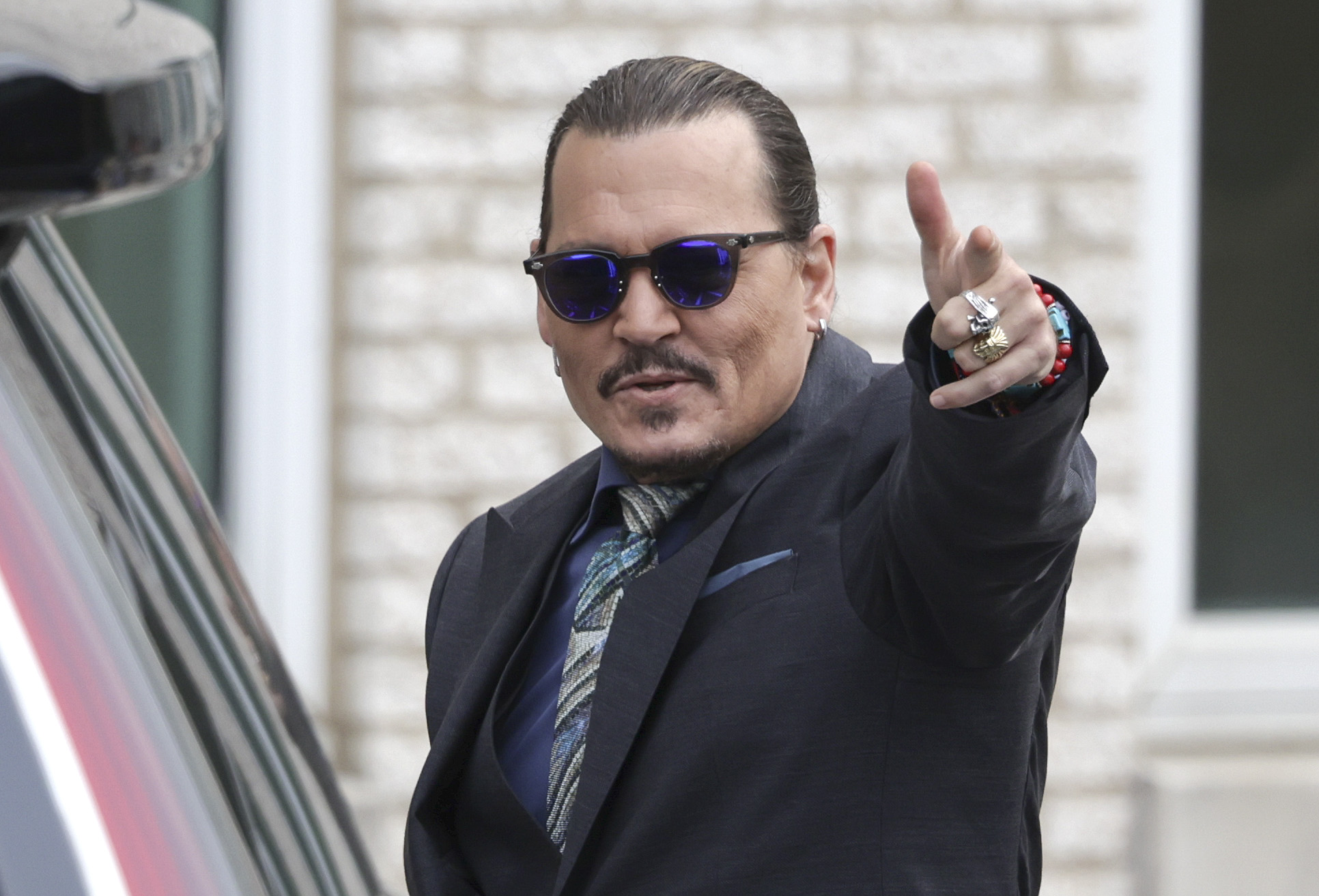 Actor Johnny Depp arrives at the Fairfax County Courthouse on May 25 in Fairfax, Va. The actor's net popularity fell 18 percentage points among U.S. adults from April to June, from a rating of 52 to 34, according to Morning Consult data. (Kevin Dietsch/Getty Images)
By Eliza Carter

Actor Johnny Depp may have won a significant legal victory last week when a Virginia jury awarded him more than $10 million in damages for defamation by his ex-wife, actress Amber Heard, but Morning Consult trend data shows it cost him in the court of public opinion, particularly among men and baby boomers. 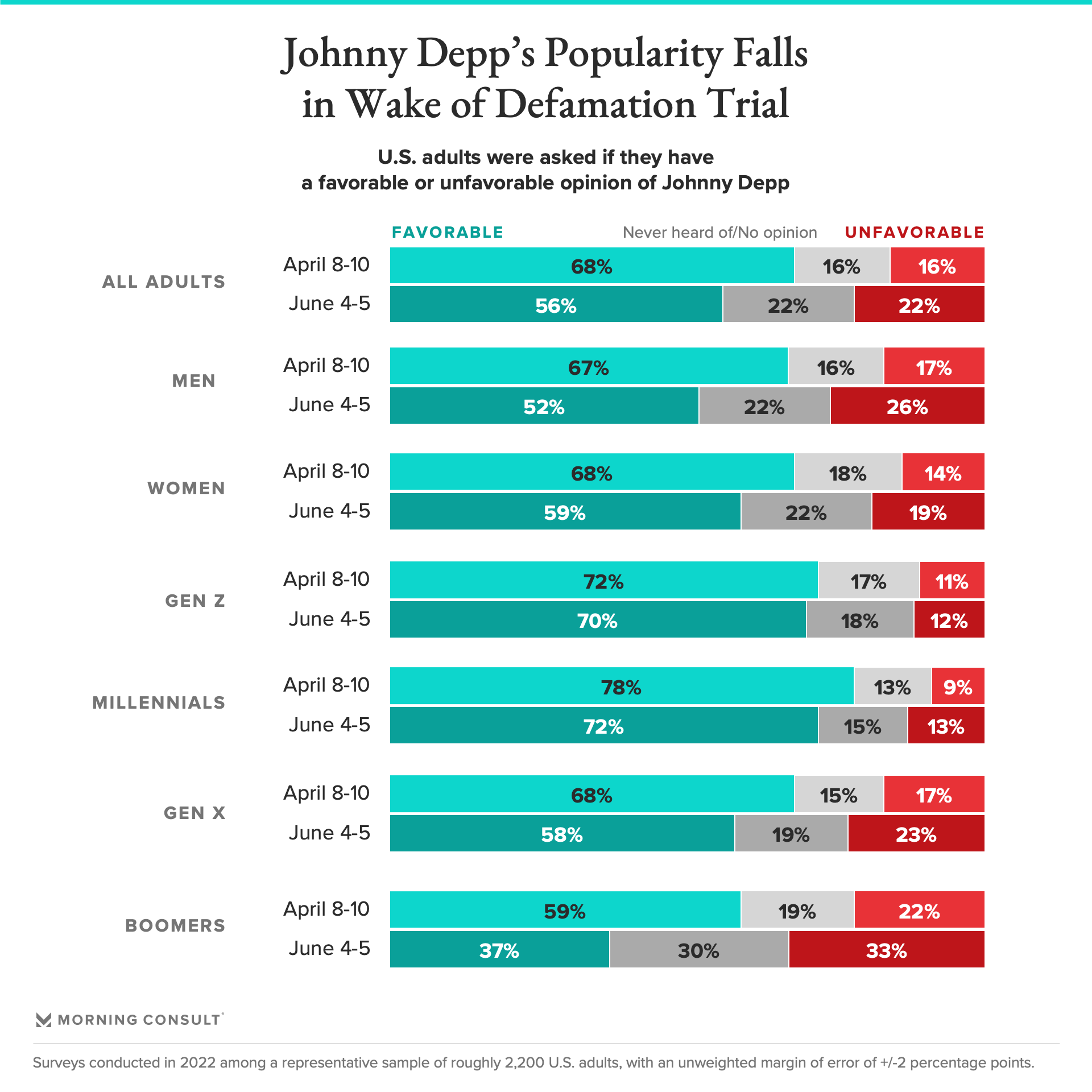 The conclusion of the trial, which also saw Heard awarded $2 million after the jury ruled that one of Depp’s former lawyers had defamed the actress in the press, had high resonance with the general public, with at least two-thirds of all U.S. adults saying they’d heard at least something about the jury’s decisions.

The declines in Depp’s popularity may be of interest to brands that are considering working with him or currently have a deal with the 58-year-old actor, such as Christian Dior. Despite the controversy, Depp remains the face of the luxury brand’s Sauvage men’s fragrance, a deal which began in 2015. In fact, demand for the cologne actually soared during the proceedings as fans rallied to support the actor, while TikTok videos tagged with #diorsauvage have been viewed almost 350 million times. Sauvage even became the second most popular fragrance in the world in terms of Google search data and social media figures.

The trial’s impact on Depp’s career prospects remains to be seen, though industry insiders told The Hollywood Reporter that his chances of bouncing back were likely better than Heard’s because of industry sexism.

The Morning Consult surveys were conducted April 8-10, and June 4-5, 2022, among a representative sample of 2,210 and 2,211 U.S. adults, respectively, with unweighted margins of error of plus or minus 2 percentage points.