29% of voters feel that the potential income threshold for $10,000 in student loan debt forgiveness is just right, while 35% say such relief should not be provided at any level 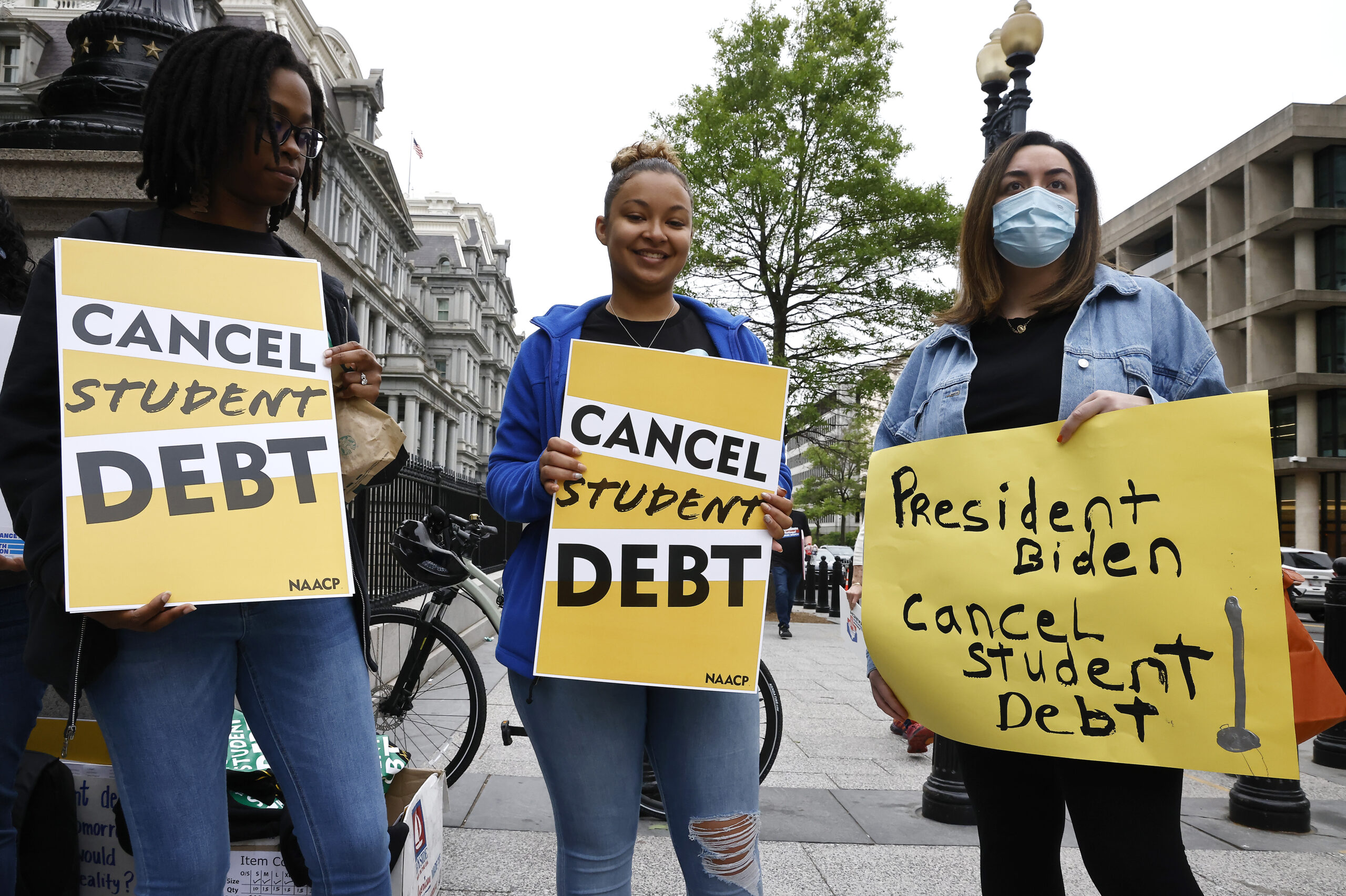 Student loan borrowers gather near The White House to tell President Joe Biden to cancel student debt on May 12, 2020, in Washington, DC. Paul Morigi/Getty Images for We, The 45 Million)
By Amanda Jacobson Snyder

Amid calls from Democrats to address rising student loan debt, the White House is reportedly considering forgiving $10,000 of debt for borrowers who earn less than $150,000 per year, or less than $300,000 per year for married couples filing jointly. While any decision isn’t likely to be announced until later this summer, a new Morning Consult/Politico survey shows there’s no real consensus among voters on which income level the relief should kick in.

Republicans, voters without student loans less likely to back relief

Related: Millennial Voters Are Most Likely to Back Total Federal Student Loan Forgiveness for All Americans

The Wall Street Journal reported this week that the Biden administration was likely to delay announcing a plan to forgive some of the $1.6 trillion in federal student loan debt for certain borrowers, further pushing back the president’s campaign pledge to tackle the issue. The plan was initially expected to be finalized and announced in late May or June, but may be pushed back by several weeks, closer to the September date when the pandemic-related payment moratorium ends and borrowers will have to resume making monthly payments.

Some borrowers have already been granted relief by the administration, however; last week, the White House announced the largest-ever discharge of federal student loans, granting 560,000 former attendees of Corinthian Colleges forgiveness for $5.8 billion in loan debt after the chain of for-profit colleges was found to have deceived students about their future job prospects.

And in April, more than 40,000 borrowers had an estimated $3.9 billion in loans discharged when the Department of Education enacted reforms to the public service loan forgiveness program and income-driven repayment plans, correcting long-standing inconsistencies that meant many borrowers weren’t having qualifying payments credited toward their payment tallies.

The latest Morning Consult/Politico survey was conducted June 4-5, 2022, among a representative sample of 2,006 U.S. registered voters, with an unweighted margin of error of plus or minus 2 percentage points.

Correction: A previous version of this story mischaracterized what voters were saying was too high, too low or the right amount. It is the income threshold at which the $10,000 in student loan debt should be forgiven.