Despite Stumbles as Kingmaker, Trump Is Still Dominating the 2024 GOP Primary Field 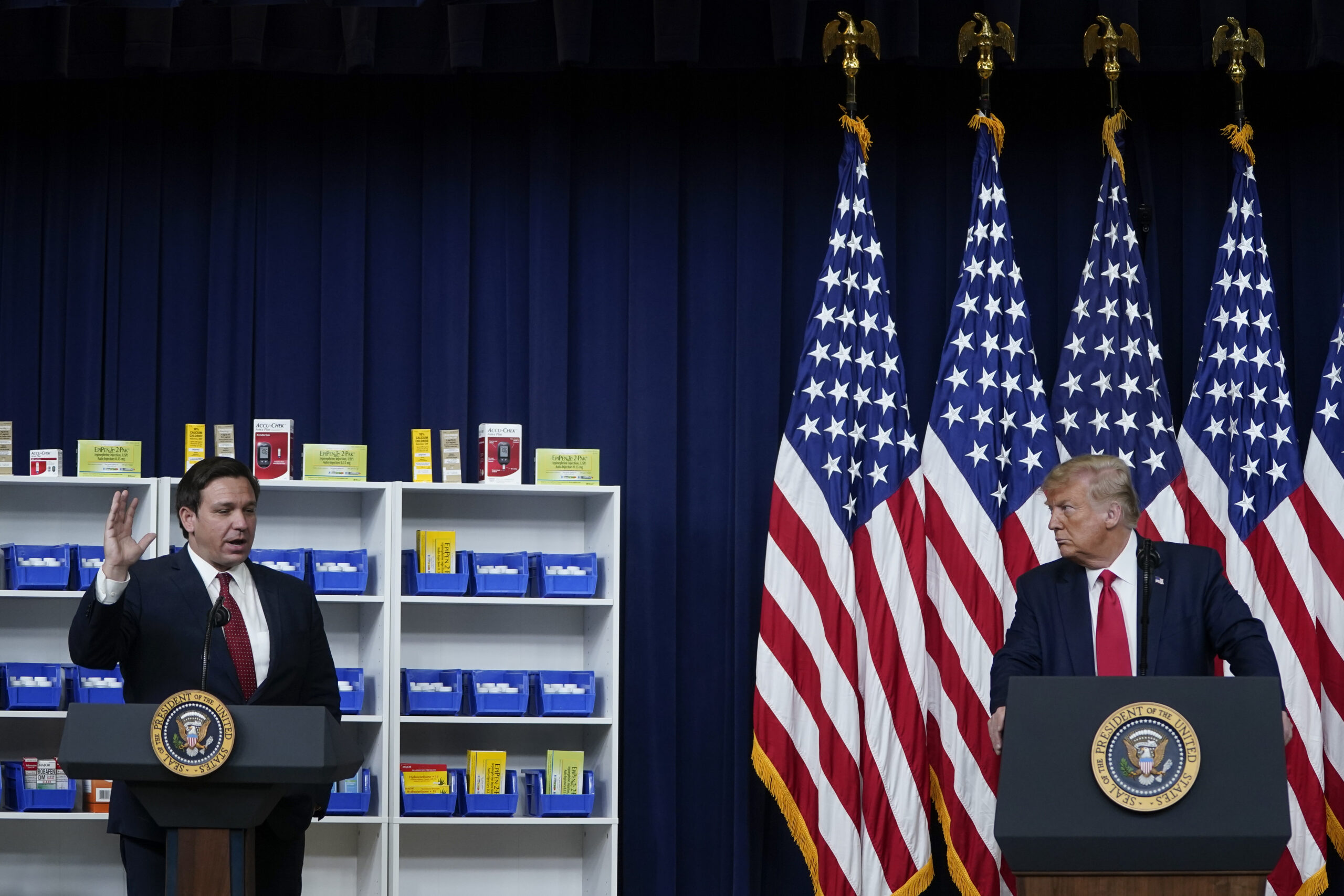 Former President Donald Trump’s kingmaker status may be under scrutiny following a spate of recent losses by his endorsees in 2022 midterm election primaries, but a new Morning Consult/Politico survey suggests he remains firmly in control of the millions of Republican voters nationwide who would ultimately matter most come 2024. 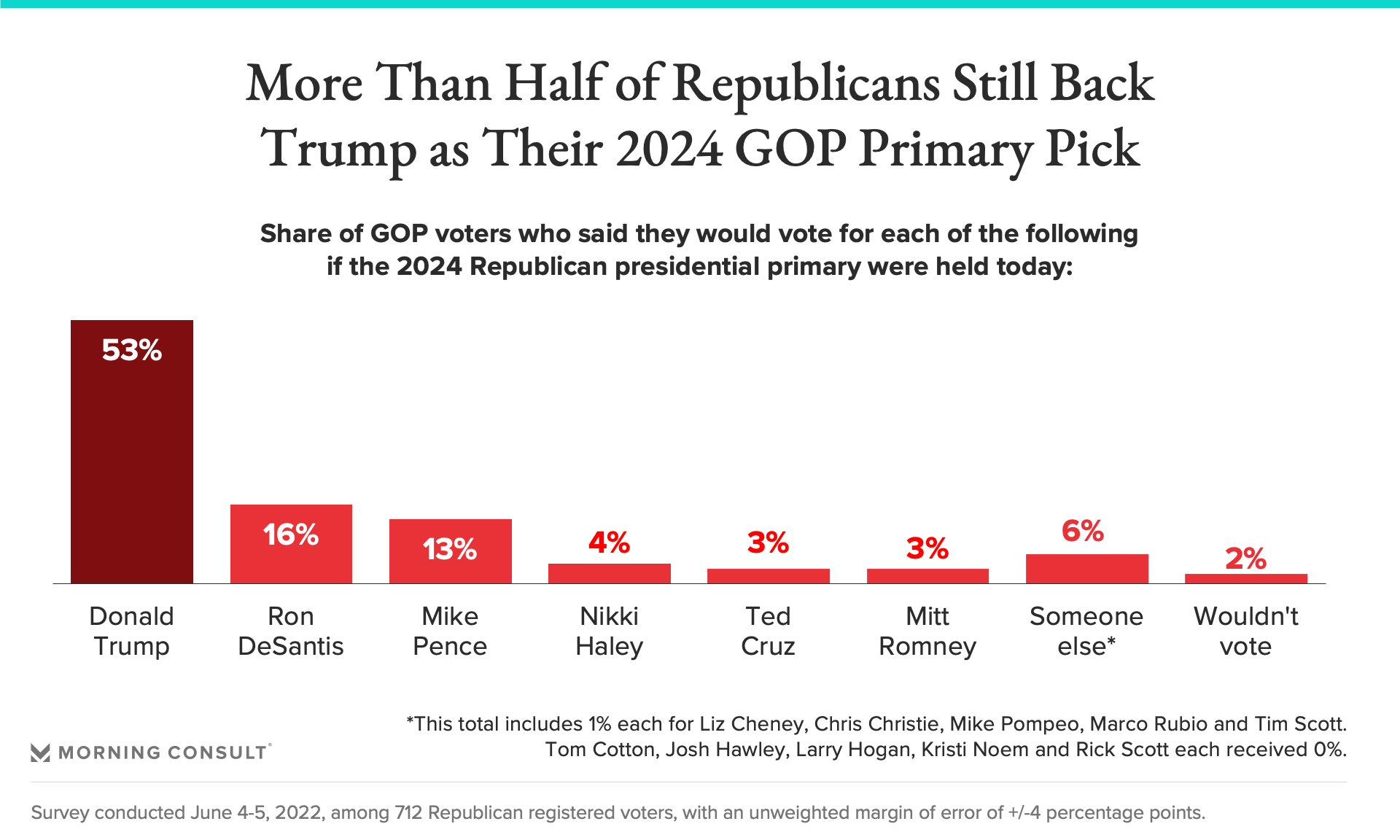 Trump’s grip on the Republican Party

While political observers and operatives have taken a keen interest in the win-loss record of his endorsees in recent weeks, the latest survey is just another reminder of an uncomfortable truth facing the former president’s would-be challengers: It matters little that Trump has even a below-average endorsement victory rate as long as he remains the top 2024 choice for Republican primary voters around the country.

The latest Morning Consult/Politico survey was conducted June 4-5, 2022, among 712 Republican registered voters, with an unweighted margin of error of plus or minus 4 percentage points.