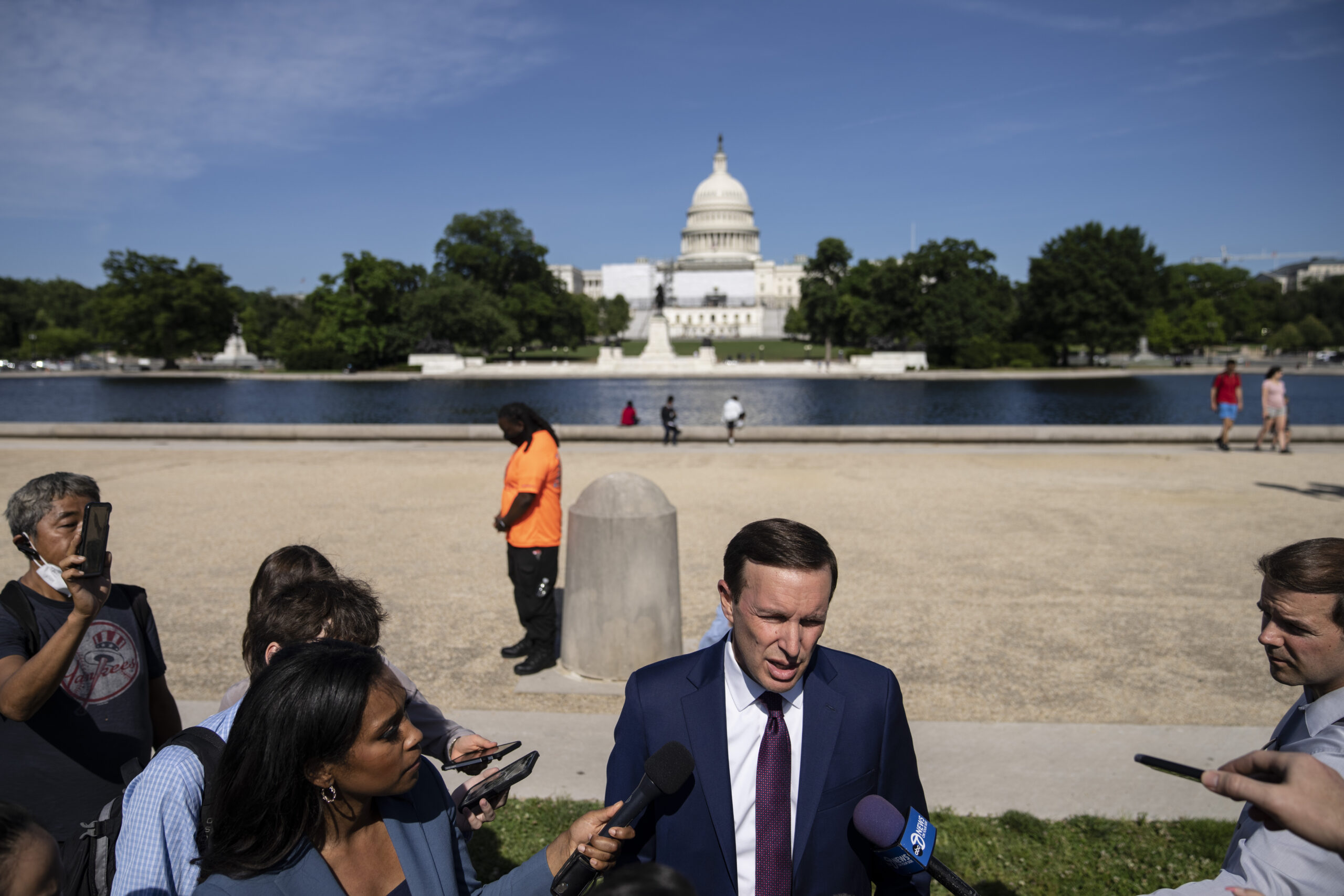 Sen. Chris Murphy of Connecticut, the top Democratic negotiator on bipartisan gun talks, speaks with reporters during a rally against gun violence outside the U.S. Capitol on Monday. (Drew Angerer/Getty Images)
By Eli Yokley

Public support for strengthening the nation’s gun laws remains high as Congress considers its response to the deadly mass shootings in Uvalde, Texas, and Buffalo, N.Y. But according to a new Morning Consult/Politico survey, Republican voter backing for stricter gun control measures has begun to weaken even as they and gun rights supporters continue to support a range of specific policies. 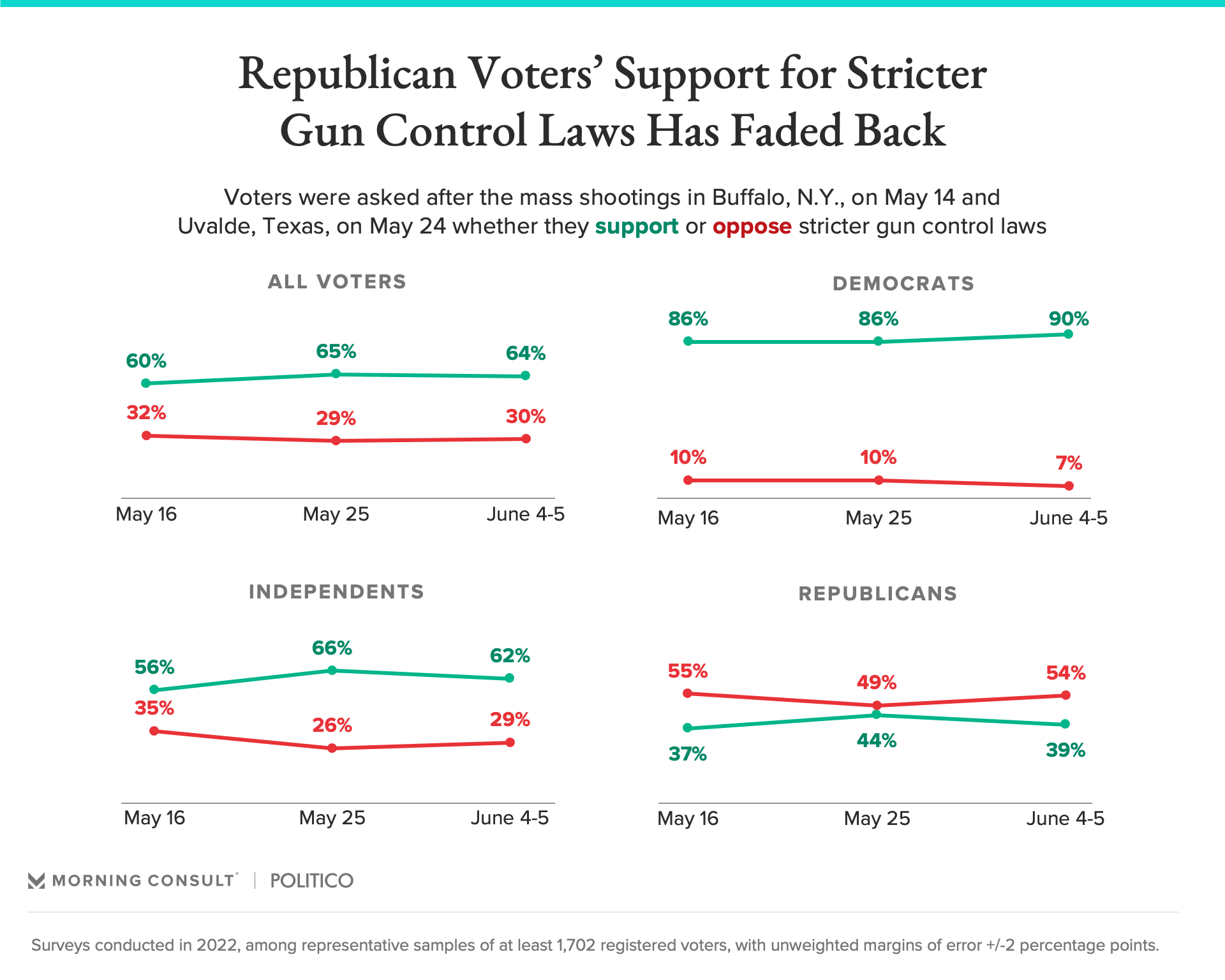 Where voters stand on gun control in the abstract

The bipartisan gun-related talks in the Senate

The weakening of Republican support for stricter gun control laws comes as a handful of GOP senators continue to engage with Democrats in talks about a congressional response to the latest high-profile school massacre. Those discussions appear to have focused on few reforms that would bring wholesale changes to gun ownership.

Rather than a sweeping background check overhaul or an outright ban on the sale of assault-style weapons to adults under the age of 21, lawmakers have said they’re looking to tweak the background check system for young adults that could slow their sale. Rather than a national red-flag law, the senators have talked about incentivizing states to enact them on their own, and are also looking at boosting funding for mental health and school safety.

The debate has been cast as a balancing act between protecting Americans’ gun rights and restricting gun ownership, especially from those who might do harm. On this question, half of voters — including 78% of Democrats — said it’s more important to limit gun ownership than to protect the right of Americans to own guns, which was prioritized by 43% of all voters and 73% of Republicans. By an 11-point margin, independents were more likely than not to say limiting gun ownership was more important than protecting Americans’ gun rights.

Regardless of which side of the gun debate voters prioritize, the survey found key places of common ground.

*Demographics for this chart are based off of the 50% of voters who, when asked to choose, said they prioritized limiting gun ownership over the protection of Americans’ rights to own guns, and 43% who said the opposite.
Survey conducted June 4-5, 2022, among a representative sample of 2,006 registered U.S. voters, with an unweighted margin of error of +/-3 percentage points for responses shown.

Gun control has ample support even among gun rights proponents

The latest Morning Consult/Politico survey was conducted June 4-5, 2022, among a representative sample of 2,006 registered U.S. voters, with an unweighted margin of error of plus or minus 2 percentage points.