Also, 1 in 3 NFL fans want to eliminate the annual Pro Bowl game, according to new data 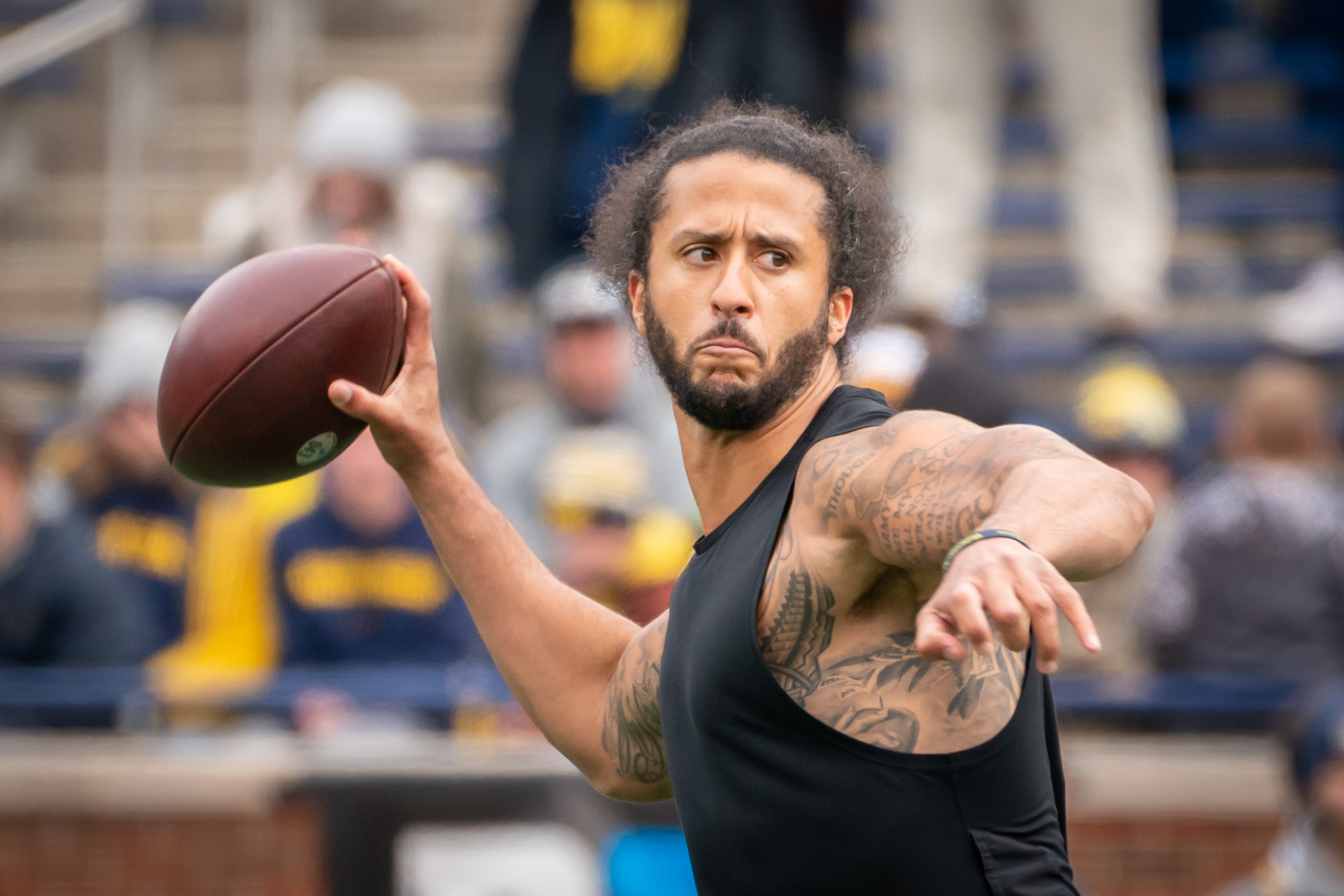 Colin Kaepernick participates in a throwing exhibition at the Michigan spring football game on April 2 in Ann Arbor, Mich. NFL fans were split down the middle when asked how interested they would be in watching the former San Francisco 49ers quarterback if he returned to the league, according to new Morning Consult data. (Jaime Crawford/Getty Images)
By Mark J. Burns

NFL free-agent quarterback Colin Kaepernick reportedly completed a workout with the Las Vegas Raiders last month, his first since being blacklisted by the league after he knelt during the national anthem years ago to protest racial injustice and police brutality in the United States.

A new Morning Consult survey reveals that nearly 3 in 5 self-identified NFL fans (57%) believe Kaepernick should be given a chance to return after more than five years on the sidelines, but their interest in actually watching the 34-year-old isn’t as strong.

U.S. adults were asked how interested they would be in watching Kaepernick play if an NFL franchise signed him

Survey conducted between June 4-5, 2022, among a representative sample of 2,211 U.S. adults, with an unweighted margin of error of +/-2 percentage points.

In other NFL offseason news, the league is considering alternatives to the Pro Bowl, the annual all-star game that has been criticized for its low intensity and lack of quality play.

Self-identified NFL fans were asked how interested they would be in watching NFL players participate in the following potential replacements for the Pro Bowl game:

Survey conducted between June 4-5, 2022, among a representative sample of 1,387 self-identified NFL fans, with an unweighted margin of error of +/-3 percentage points.

The future of the Pro Bowl

Last month, NFL Commissioner Roger Goodell admitted what many fans have said for years: The Pro Bowl “doesn’t work.” Now, there are multiple options on the table, including eliminating the game altogether. The survey found that 1 in 3 NFL fans (33%) and 44% of “avid” NFL fans supported removing the game outright — a sign that there’s an appetite for the league to get creative with its annual all-star event.