The E.U.’s Digital Markets Act Could Be a Template for U.S. Antitrust Push. Its Measures Are Popular Here and Abroad

A Morning Consult survey found support for many of the bill’s provisions, which looks to encourage greater competition among tech companies operating in the European Union 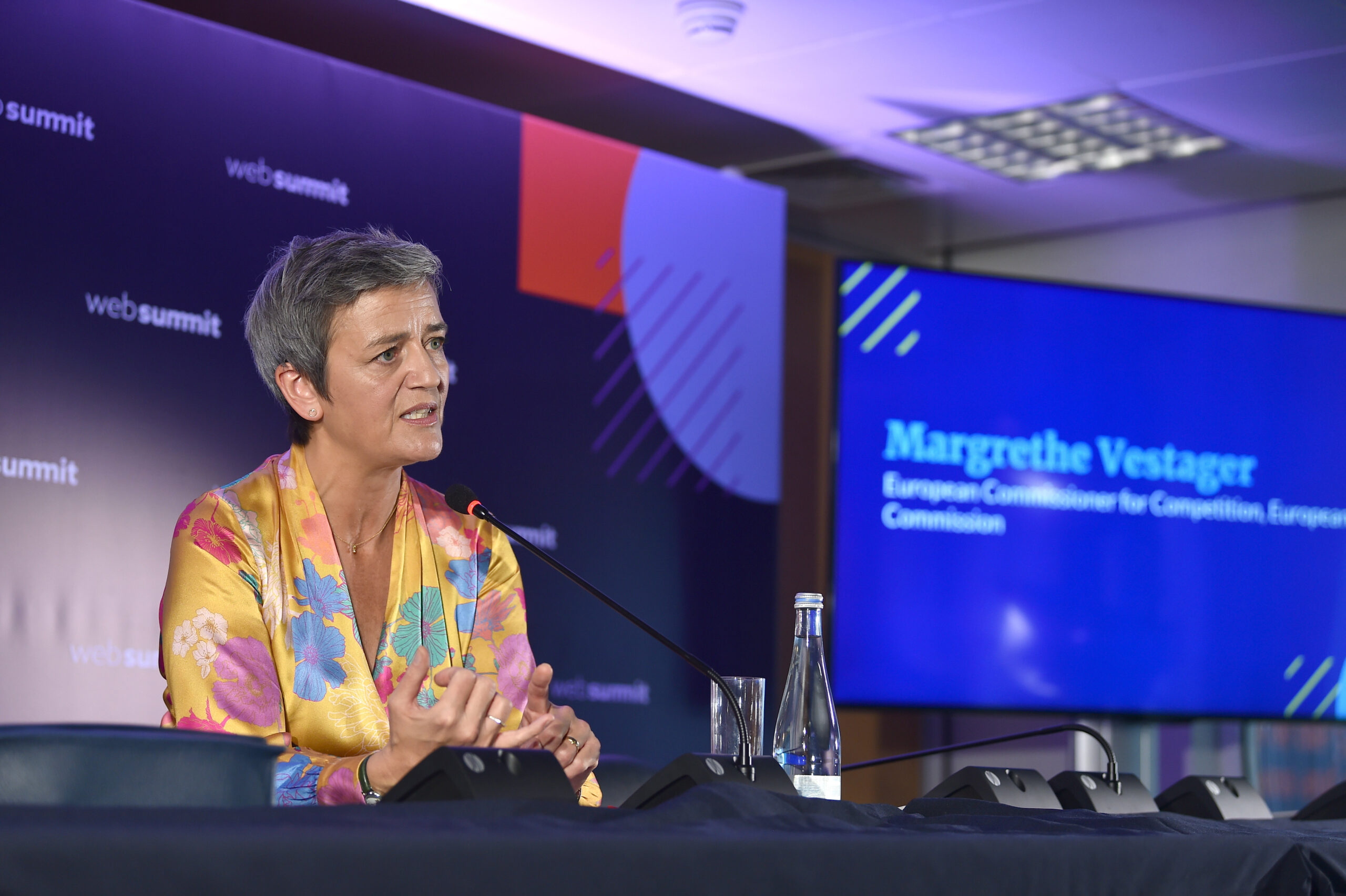 Both the European Union and the United States are intensifying their efforts to encourage greater competition in technology, with varying results.

In the United States, major antitrust legislation could come to a vote this summer, although Senate Democrats are reportedly concerned about the political consequences. But the European Union acted earlier this year when it adopted the Digital Markets Act to place various restrictions on big tech companies, which are set to take effect in October.

While many people in the United States and some European countries said they have heard little about the DMA specifically, many of its major provisions enjoy substantial support, a Morning Consult survey found.

Those results demonstrate that while antitrust may be an abstract topic to the general public, its tangible efforts to improve competition remain popular.

Americans are supportive of four measures that are found in the DMA that they were surveyed on, one of which would mandate that consumers can choose their own search engine and email provider on a new smartphone. The measure was also popular in the other countries surveyed including Sweden, Poland and Germany, which are all E.U. countries where the DMA will take effect, as well as the United Kingdom, which is not under E.U. jurisdiction but is planning a similar crackdown on the power of big tech companies.

Those provisions are a bid to stop tech companies from self-preferencing their email and search engine offerings on their own smartphones, and instead open the marketplace to allow smaller competitors a chance to gain new users.

Alphabet Inc.’s Google has dominated the search engine space, with researchers saying it has consistently enjoyed over 80% of market share for the past decade at the expense of smaller competitors like Microsoft Corp.’s Bing.

In a May blog post, Rima Alaily, Microsoft’s vice president and deputy general counsel, and Casper Klynge, the company’s vice president of European government affairs, wrote that search engines have “long been impervious to competition,” and opening up data on searches while giving users more options on mobile devices will help break Google’s dominance.

At Least 7 in 10 Adults in U.S., European Countries Support the Ability to Uninstall Preloaded Apps

Respondents were asked if they support or oppose the right to let consumers uninstall applications, even if they come preloaded on a smartphone

Giving consumers the right to uninstall preloaded applications on new smartphones is supported by an even greater share of Americans, at 80%. An initial DMA draft gave consumers the right to uninstall any preinstalled core services, including their email app and internet browser, among other features. But that provision was watered down to just the search engine and virtual assistant.

Those behind some of the less-dominant email providers argue that not giving users the option to uninstall any email apps and select their own deprives them of choice in something critical to everyday life.

“Your inbox contains more personal information than almost anything else,” said Edward Shone, global head of communications at email provider Proton AG. “It’s an insight into your entire world. If it is that important, then we think people should have a choice over who their default email is. It’s not about saying people should not have Gmail; if you want to email, they’re welcome to choose it.”

Another DMA provision that received majority support from U.S. adults was the requirement that instant messaging apps be interoperable, meaning that people can message each other seamlessly between the various apps that are available.

While some experts have pointed out the technicalities of making the likes of Meta Platforms Inc.’s WhatsApp, Telegram and other services message one another with ease, others suggest that it is doable, although it must be done carefully to avoid privacy issues. A Meta spokesperson did not respond to requests for comment.

But while interoperability could be technologically possible, companies have not been incentivized until now to make it a reality.

“There’s zero business incentive for someone like Facebook to open up Messenger or for Slack to open up for easy integration with other things,” said Josh Koenig, co-founder and chief strategy officer at the website operations company Pantheon Systems Inc. “The business incentive is to create a network effect that locks more and more people into your platform where you can add more and more products and opportunities to expand and monetize.”

Few have heard much about the DMA, even in E.U. countries

7 In 10 U.S. Adults Support Greater Protections of Personal Data
At least 3 in 5 adults in other surveyed countries felt the same

Respondents were asked if they support or oppose restrictions on how consumers’ personal data is handled, including the placement of limits on personalized ads

“The truth is that citizens are realizing that they’re somewhat being exploited, and it just feels icky to them and not right,” Koenig said. “There’s real value in them reasserting control over their personal information. I don’t think that’s going to go away.”

German, Polish Adults Have Heard the Most About E.U.’s Digital Markets Act

Respondents in the following countries were asked how much they have seen, read or heard about the European Union’s Digital Markets Act:

Despite the popularity of many of its major provisions, the DMA has received little attention among most of the adults surveyed across the five countries, even though it could have major ramifications for the technology sector.

The DMA has come under criticism from many tech and business leaders in the United States who believe it is designed to specifically target tech companies based in this country.

U.S. Chamber of Commerce Executive Vice President and Head of International Affairs Myron Brilliant said in a March statement that the legislation shows a “policy of de facto discrimination against U.S.-headquartered companies.” Michael Petricone, senior vice president of government affairs for the Consumer Technology Association, said in an interview that the European Union was looking to “limit access of American companies to E.U. consumers.”

Those behind the antitrust push in the United States have drawn parallels to the DMA, especially in generating more competition among companies. In a speech at CTIA’s 5G Summit in Washington, D.C., earlier this year, Sen. Amy Klobuchar (D-Minn.) noted a “history of bipartisanship” on antitrust efforts, but acknowledged that not enough has been done on tech competition since the advent of the internet.

Klobuchar reiterated the bipartisan willingness for action during a recent press conference on Capitol Hill, and said that too many tech companies are “monopolies” that have been able to prioritize their services over those of their competitors.

In an April roundtable with reporters in Washington, D.C., Margrethe Vestager, the European Commissioner for Competition, said she has had some “encouraging” meetings with U.S. lawmakers and that proposed antitrust legislation in Congress has “huge overlap” with the DMA.

Fiona Scott Morton, a Yale University economics professor and former deputy assistant attorney general for economic analysis in the Department of Justice’s antitrust division, said that “the whole issue of international convergence is going to be really interesting, because if you’re one of these platforms, you’d rather have one set of rules around the world and write your platform to comply and roll it out everywhere. And that may not be possible if the jurisdictions diverge in what they require.”