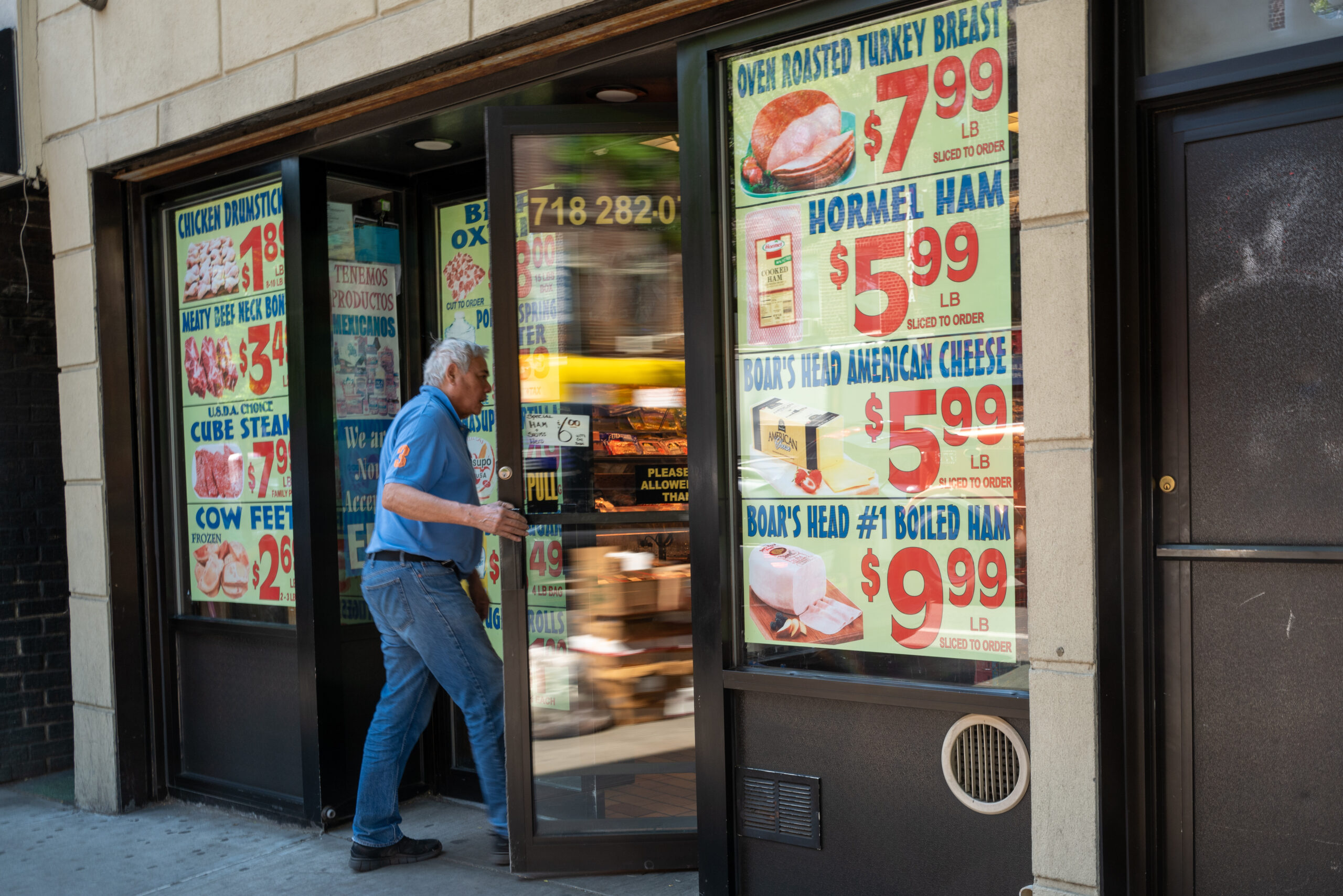 Prices are advertised outside a grocery store along a busy street in the Flatbush neighborhood of Brooklyn on June 15, 2022. A Morning Consult/Politico survey found that 32% of registered voters think companies’ efforts to maximize profits is contributing most to inflation, while an equal share said the same of supply chain issues. (Spencer Platt/Getty Images)
By Amanda Jacobson Snyder

Thinking specifically about companies’ role in rising prices, registered voters were asked which of the following they believe is contributing the most to inflation:

Survey conducted June 17-20, 2022, among a representative sample of 2,004 registered voters, with an unweighted margin of error of +/-2 percentage points. Don’t know/No opinion responses are not shown.

Democrats’ public efforts to shift blame to companies have included anti-price-gouging legislation for gasoline and calls to investigate baby formula companies amid shortages and skyrocketing prices.

Economists continue to point to wage pressures from the roaring job market as a source of rising prices. Former Treasury Secretary Lawrence Summers has said the country would need to see five years of unemployment above 5% to bring inflation back down to acceptable levels.

The June 17-20, 2022, survey was conducted among a representative sample of 2,004 registered voters, with an unweighted margin of error of plus or minus 2 percentage points.