23% heard a lot about daytime hearings, down 7 points compared with prime-time testimony 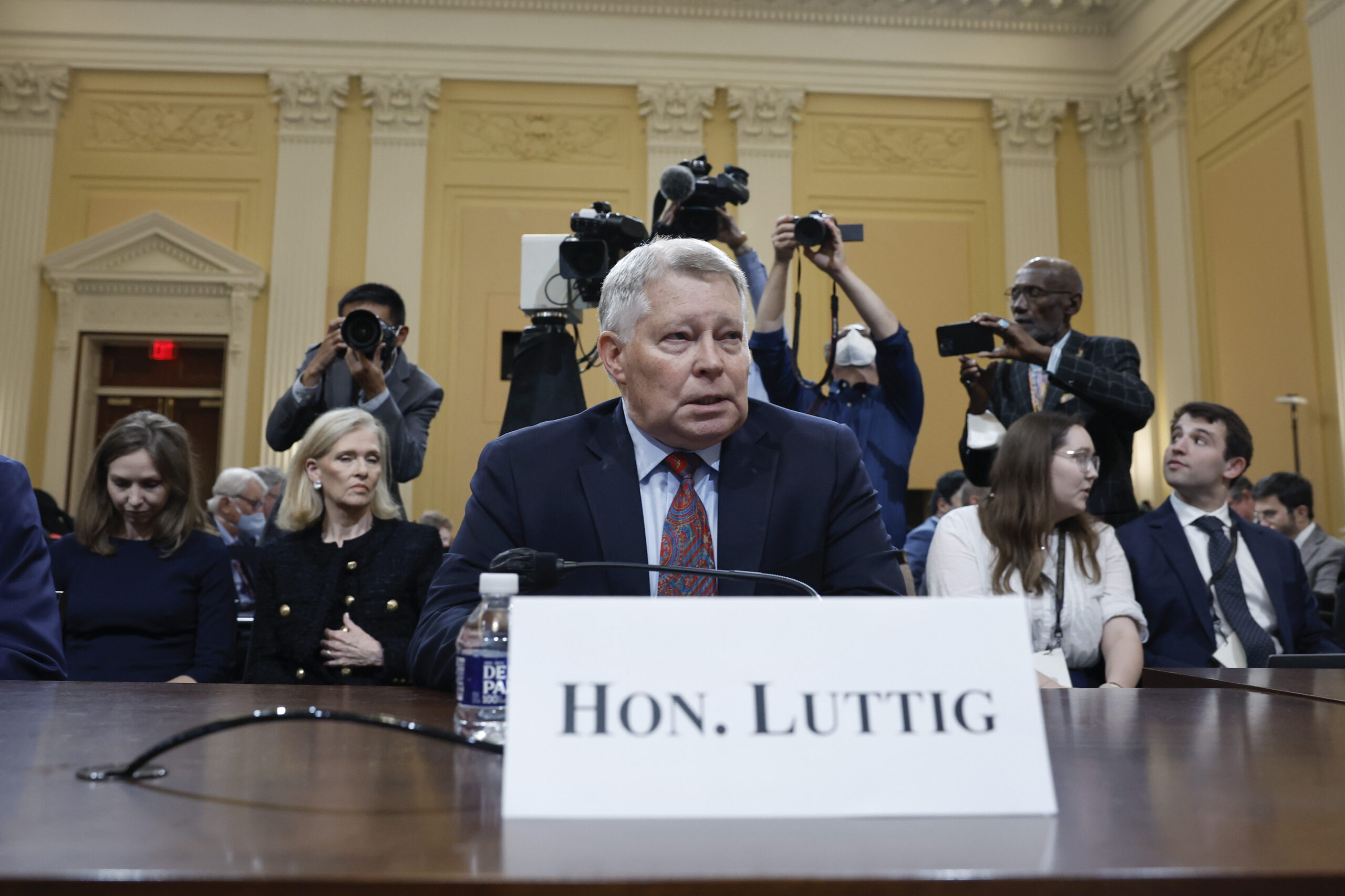 The daytime hearings of the special House committee investigating the Jan. 6 Capitol attack have so far not broken through to voters as much as the prime-time hearing that kicked off the committee’s public testimony with a splash, a new Morning Consult/Politico survey shows, though voter support for the panel continues to hold. 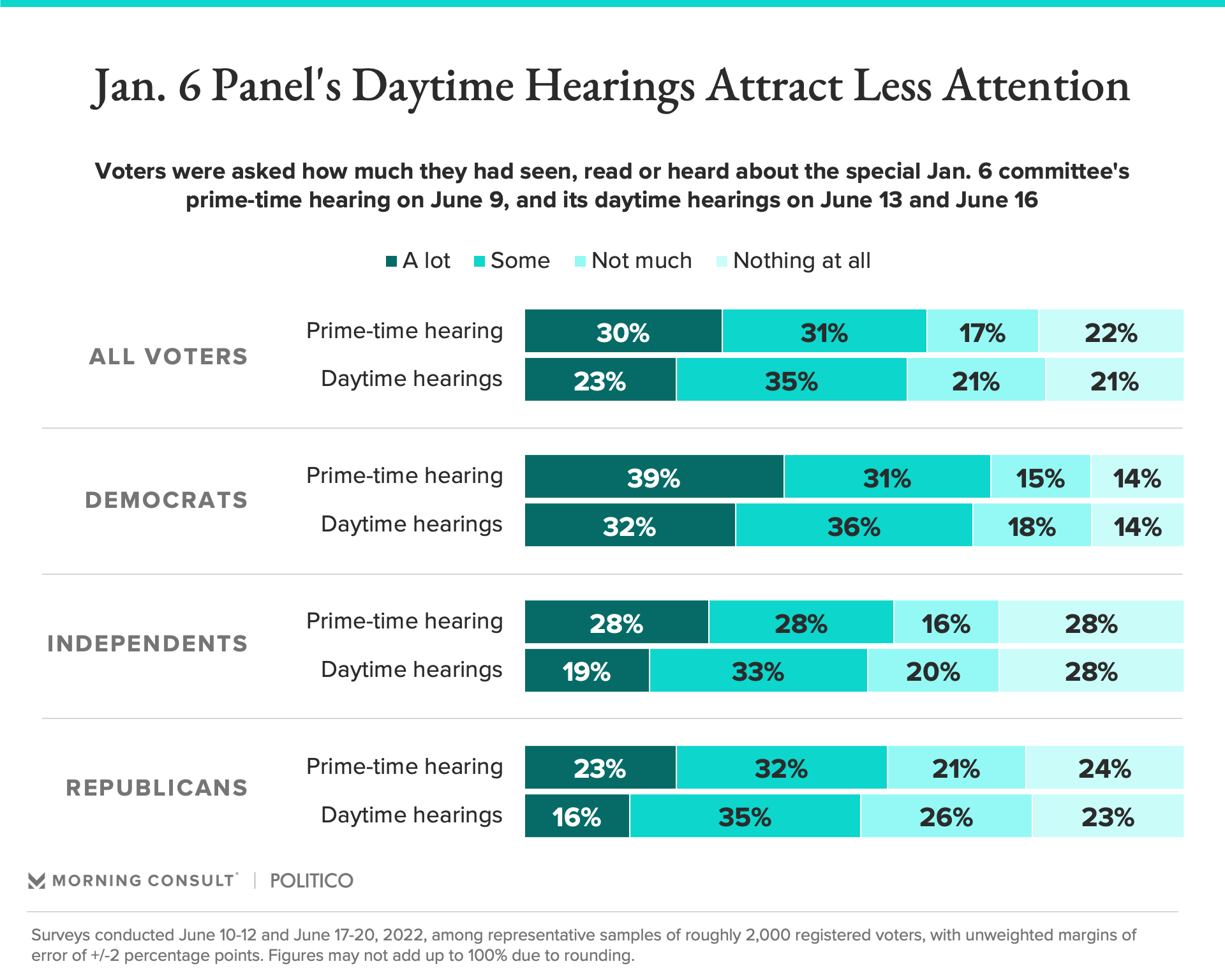 How voters feel about the Jan. 6 panel

The June 9 prime-time hearing, which pre-empted other programming and aired live on the top broadcast networks, garnered the eyeballs of at least 20 million people, according to Nielsen, nearly twice the portion of the public that watched President Joe Biden’s 2022 State of the Union address. By contrast, around 10 million people reportedly tuned in for the daytime June 13 testimony.

The lower resonance of the panel’s daytime activity is worth the committee’s consideration as it decides what to elevate in future public meetings, at least some of which are expected to be held in prime time, if it is to have any meaningful impact on public opinion about Trump and the Jan. 6 attack.

In the latest survey, the majority of voters (56%) say Trump is at least somewhat responsible for the insurrection, similar to the share measured immediately after the panel’s prime-time hearing but down from 63% in January 2021 when the events of the day were fresh on voters’ minds.

At the same time, support for the panel is holding steady: 51% of voters approve of the committee, including 85% of Democrats and a 45% plurality of independents. Another 35% of voters, a record low in Morning Consult tracking, disapprove of the probe, including 65% of Republicans.