43% of Texas voters — and 68% of Republicans — approve of Cornyn’s job performance, unchanged since the Uvalde shooting 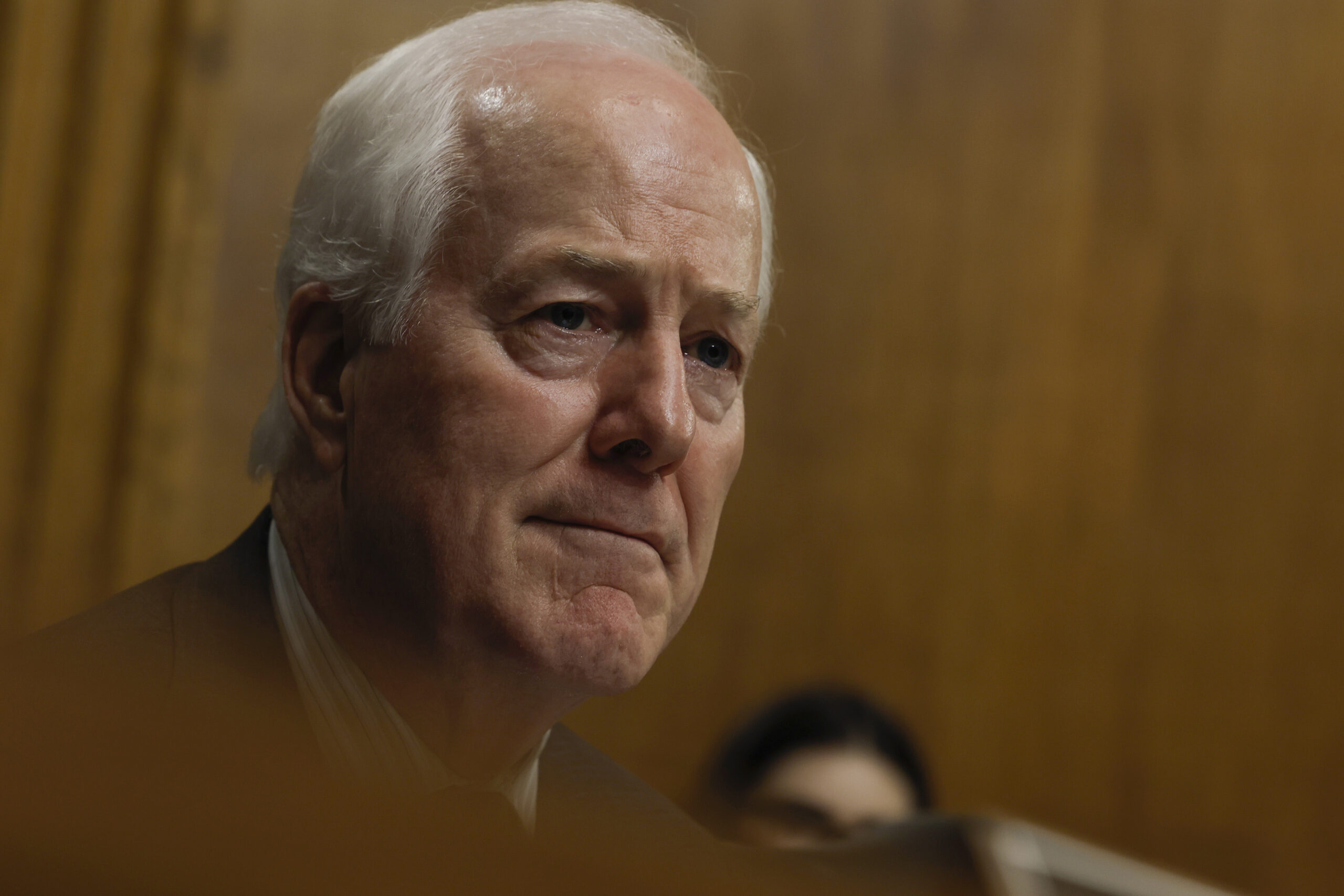 A chorus of boos may have rained down on Sen. John Cornyn at the Texas GOP’s convention last week, but as the Texas Republican shepherds the Senate’s bipartisan gun safety legislation to the finish line, Morning Consult Political Intelligence tracking shows he’s maintaining his typical level of popularity at home, including among voters in his own party. 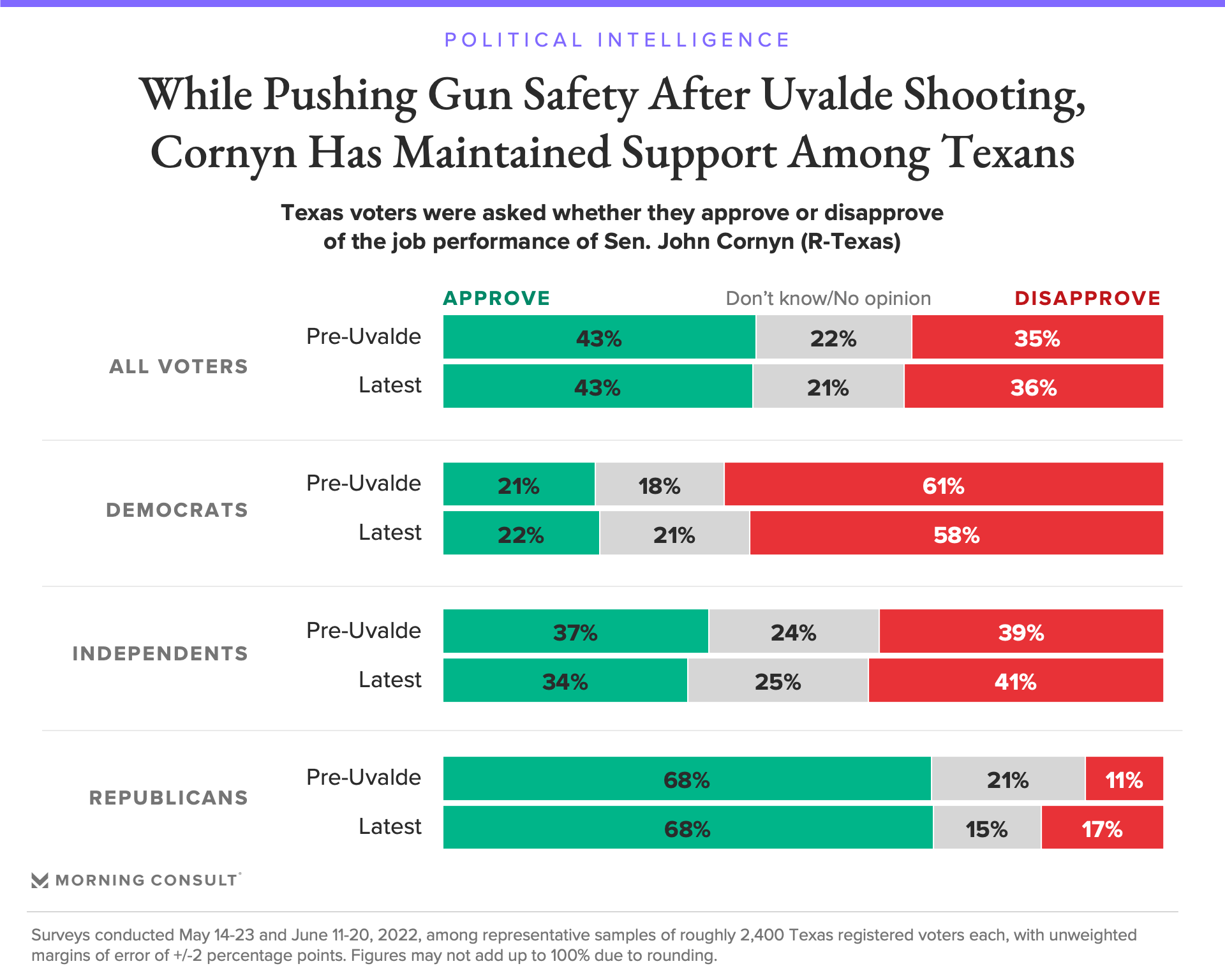 Where Cornyn stands with his party’s top influencers

The stability in Texans’ sentiment about their senior senator, who has played a leading role in talks that look set to deliver the first enactment of bipartisan gun restrictions in decades, suggests the blowback he faced at last week’s convention is not particularly representative.

The measure advanced in the Senate on Tuesday with the support of 14 Republicans, including Cornyn and Senate Minority Leader Mitch McConnell (R-Ky.), whose endorsement of the package likely tamped down on vocal opposition from Republicans on Capitol Hill that would help sway public opinion. It also came at a time when Republican support for stricter gun control nationwide was higher than it had been since Donald Trump’s presidency, creating an opening for Cornyn and others to delve into thorny gun politics amid Americans’ sympathy for the school shooting victims. The bill is expected to pass the chamber later this week.

After the Senate’s vote, some outrage from influential conservative voices began to increase: Fox News host Tucker Carlson, perhaps the most prominent voice on the right other than Trump, called Cornyn “far left” on his show. Trump followed suit on Wednesday, posting on his social media platform that Cornyn is a “RINO” (shorthand for “Republican in name only”) setting the Democrats on the path to “TAKE YOUR GUNS AWAY.”

For his part, Cornyn, who was just comfortably re-elected in 2020, has minimized the idea that his action will harm his standing at home, telling Politico, “I guess we’ll find out. I don’t think so.”

Among conservative voters who would be most prone to shifting their views in response to Cornyn’s high-profile approach to the gun issue, he’s mostly right — perhaps because his support was already relatively tepid among the Texas GOP base. 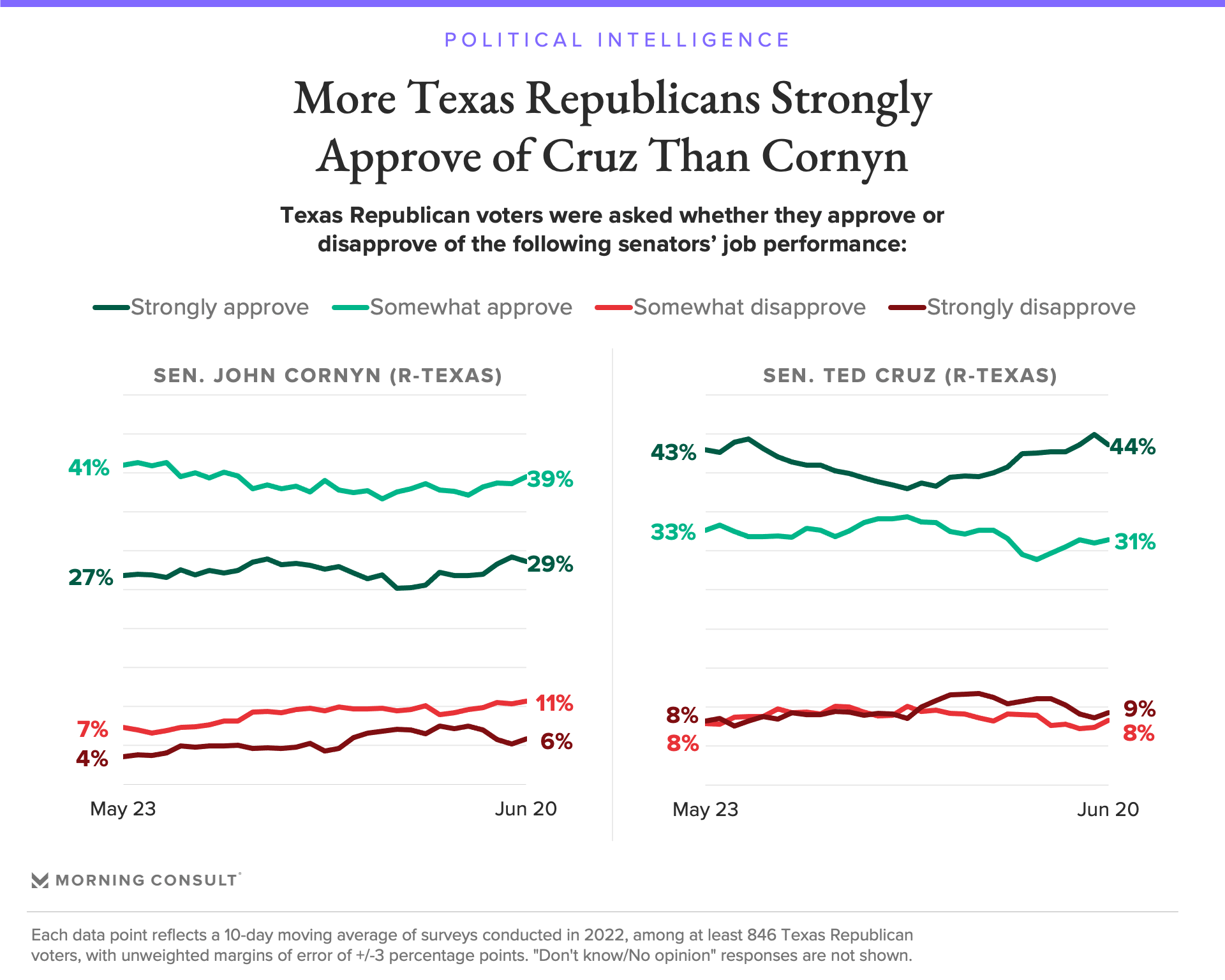 How Cornyn stacks up against other Texas officials

The latest survey was conducted June 11-20, 2022, among a representative sample of 2,420 Texas registered voters, with an unweighted margin of error of plus or minus 2 percentage points.