Elon Musk Loses Luster With the Left Amid His GOP Flirtations

59% of Democratic voters view the multibillionaire Tesla CEO unfavorably, up from 37% in April 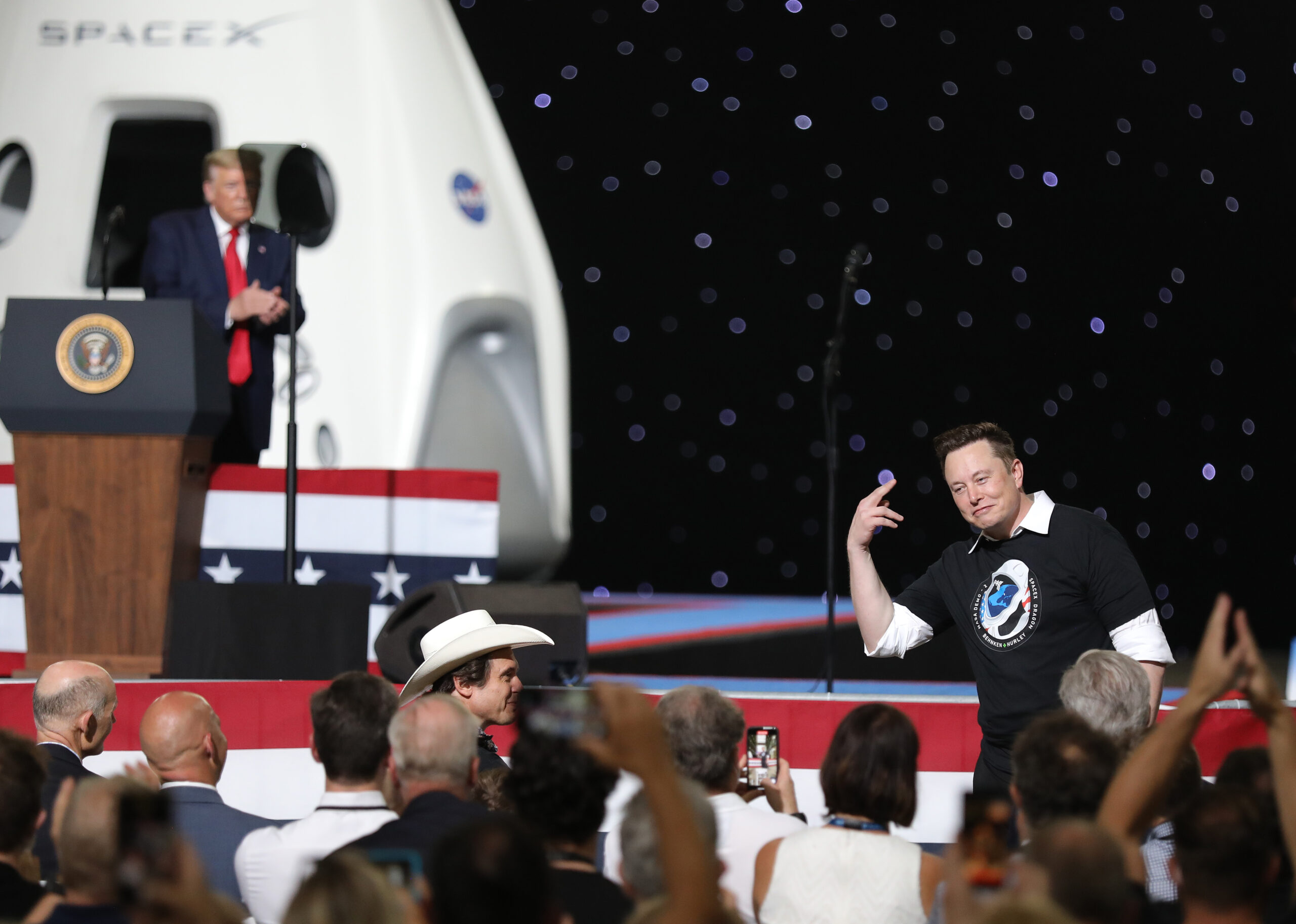 Elon Musk has become an increasingly polarizing figure in recent months, with his popularity taking a particular tumble among Democratic voters as he has criticized the party, overseen a controversial effort to take over Twitter Inc. and faced an allegation of sexual misconduct. 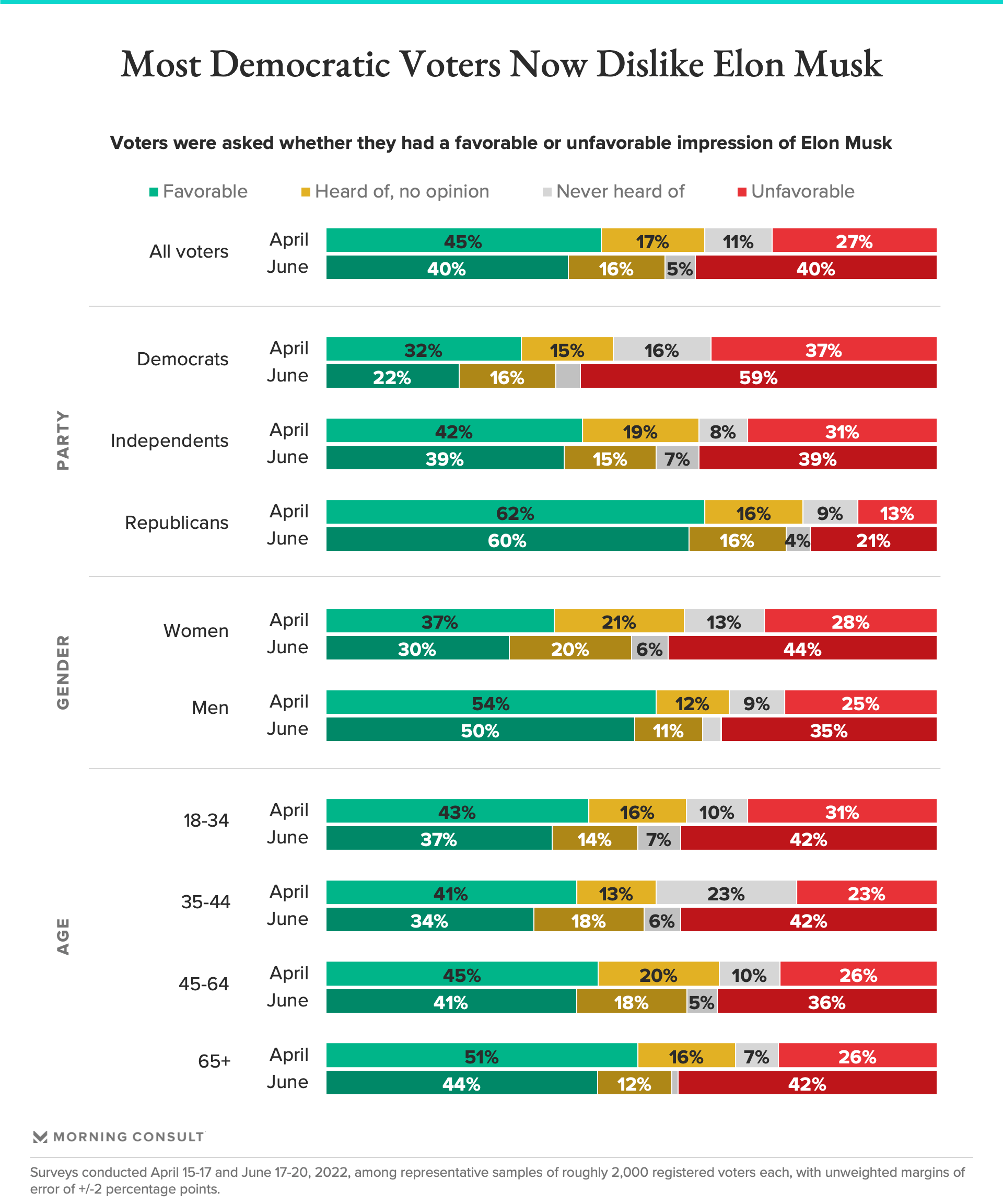 What Americans think about Elon Musk

The shift in public sentiment has been driven at least partly by increased awareness of Musk across the board — but in particular among Democrats — as he’s expressed more contentious political positions over the past two months.

The bipartisan campaign donor and self-described voter for President Joe Biden recently noted on Twitter that he voted for a Republican for the first time in his life. Musk has also signaled his support for a 2024 presidential bid by Gov. Ron DeSantis (R-Fla.). He’s done it all while saying he would reverse Twitter’s permanent ban on former President Donald Trump if his purchase of the platform goes through, leaning into conservative claims about “Big Tech” censorship.

While Democrats have soured on him, Musk’s flirtation with Trump’s party has been especially salient among Republicans. The latest survey found 48% of GOP voters said they had seen, read or heard at least something about his statement that he recently voted for a Republican for the first time in his life, compared to 36% of Democrats.

Democrats, though, were more likely than their peers on the other side of the aisle to say last month they’d heard something about an allegation that he exposed himself to a SpaceX employee and offered to buy her a horse in exchange for a sexual act, 41% to 27%. (Musk has denied the allegation’s veracity.)

The two parties appear to be rewarding him accordingly. On the left, Musk is almost as unpopular as House Minority Leader Kevin McCarthy (R-Calif.), while on the right, his popularity roughly matches that of former Vice President Mike Pence.

Correction: A previous version of this story misstated McCarthy’s party affiliation. He is a Republican.