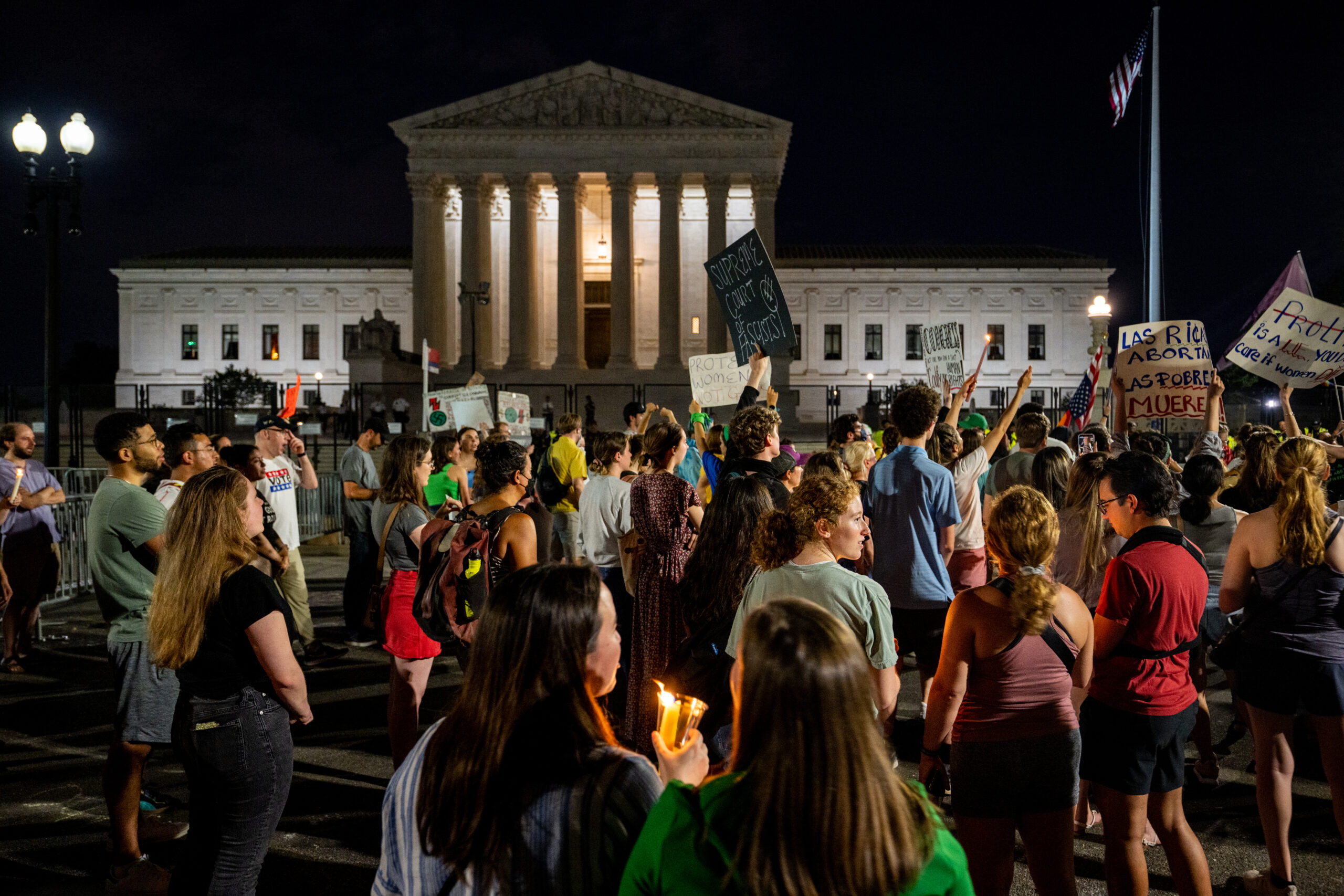 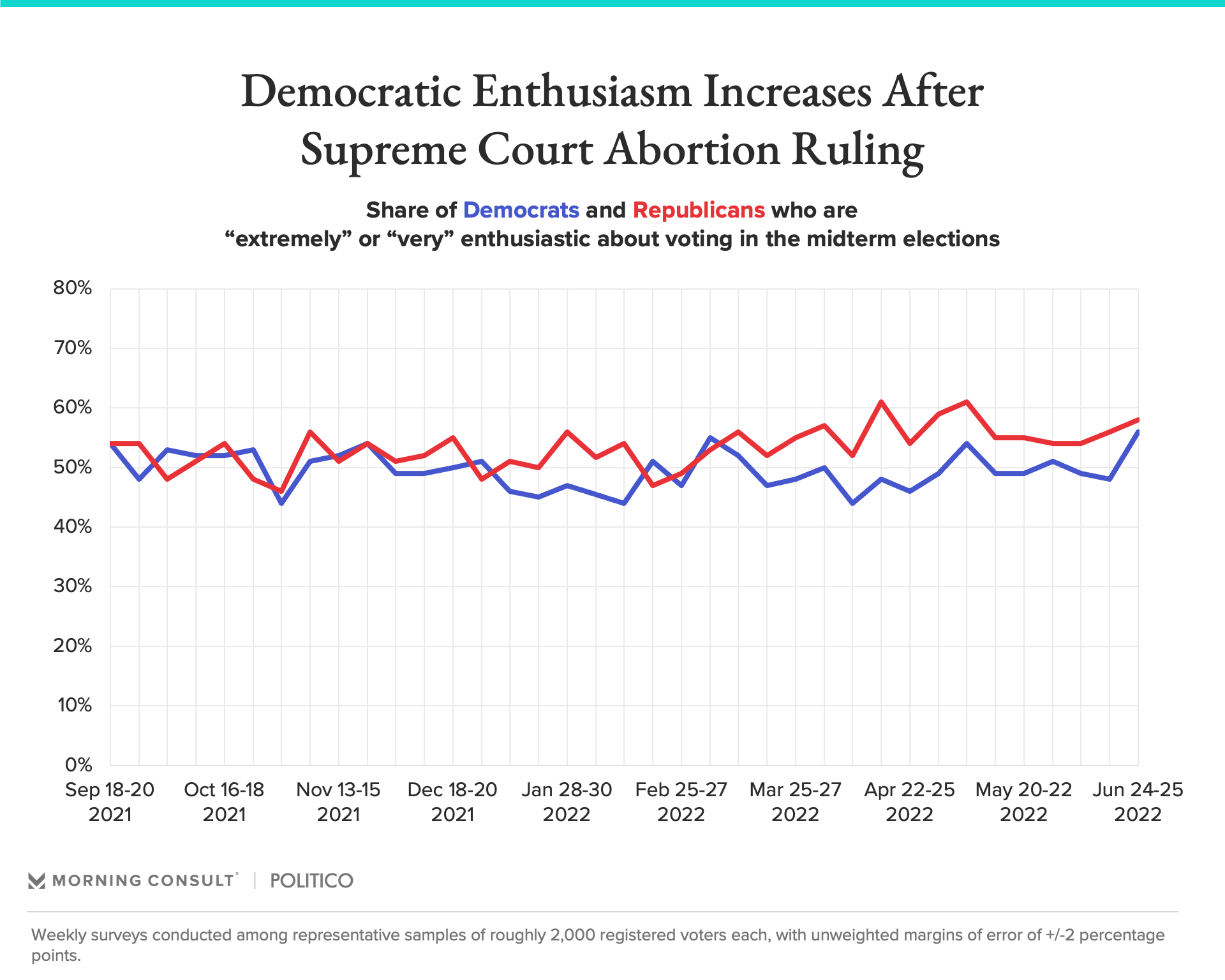 The Roe decision’s impact on the midterms

While the ruling appears to have caused a jolt, Republicans’ persisting enthusiasm edge suggests the decision may not be the game-changer that Democrats need to keep control of Congress past 2022. However, the longer-term political impact of the Supreme Court’s decision will take time to flesh out.

Just over 2 in 5 voters (41%) said they had seen, read or heard “a lot” about the news over the weekend, including 46% of Democrats and 40% of Republicans. As more voters become aware of the decision, many will also face the repercussions of state-led policies to restrict access to the medical procedure.

The striking of Roe could potentially put the GOP in uncomfortable territory with an electorate that generally supports abortion rights, including with voters not aligned with either political party whom Republicans are banking on to help them flip the House and Senate this fall. 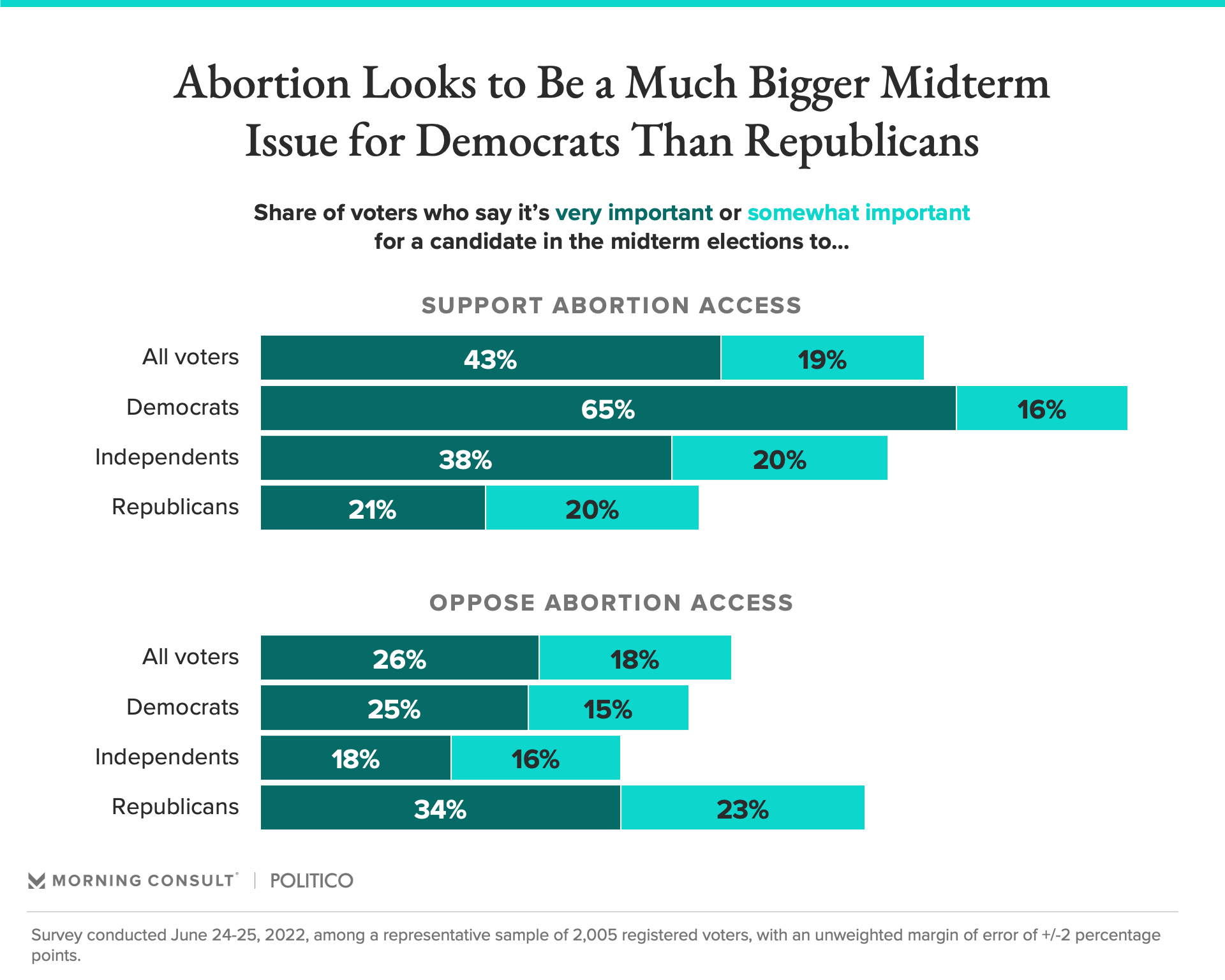 The latest Morning Consult/Politico survey was conducted June 24-25, 2022, among a representative sample of 2,005 registered U.S. voters, with an unweighted margin of error of plus or minus 2 percentage points.