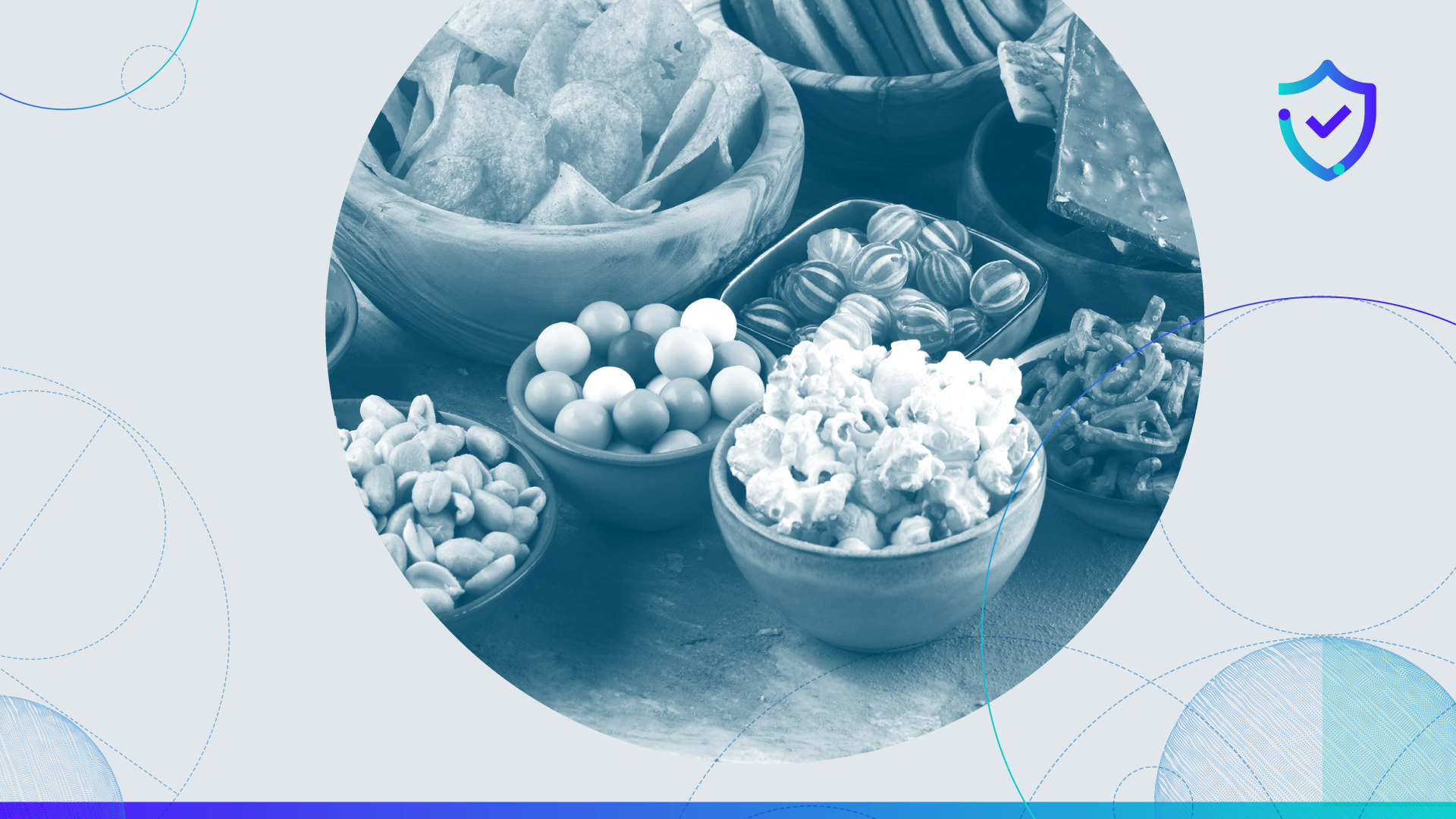 Tim Hortons is the No. 1 most trusted brand in Canada, a position earned through decades of relationship building and strong connection to national identity, per Morning Consult’s Most Trusted Brands 2022 report.

But since the beginning of June, the coffee chain has been making headlines after a Canadian government investigation found that the Tim Hortons mobile app has been collecting “vast amounts of sensitive location information” from users, including documenting when they visited competing coffee shops and using data to infer the location of a user’s home and place of work.

Since the news broke, Morning Consult Brand Intelligence’s high-frequency tracking data shows that there has been no substantive change in trust for the Canadian fast-food institution, pointing to both the strength of the Tim Hortons brand as well as potentially waning public concern over privacy breaches as instances become more commonplace in the age of digital living.

Tim Hortons may pull through this app-related privacy scandal relatively unscathed: As of the end of the week of June 20, Tim Hortons’ net trust rating is 53 among Canadian adults, after dipping slightly to 46 during the week of June 13. However, current net trust is comparable to the level recorded at the end of May, before the news broke. 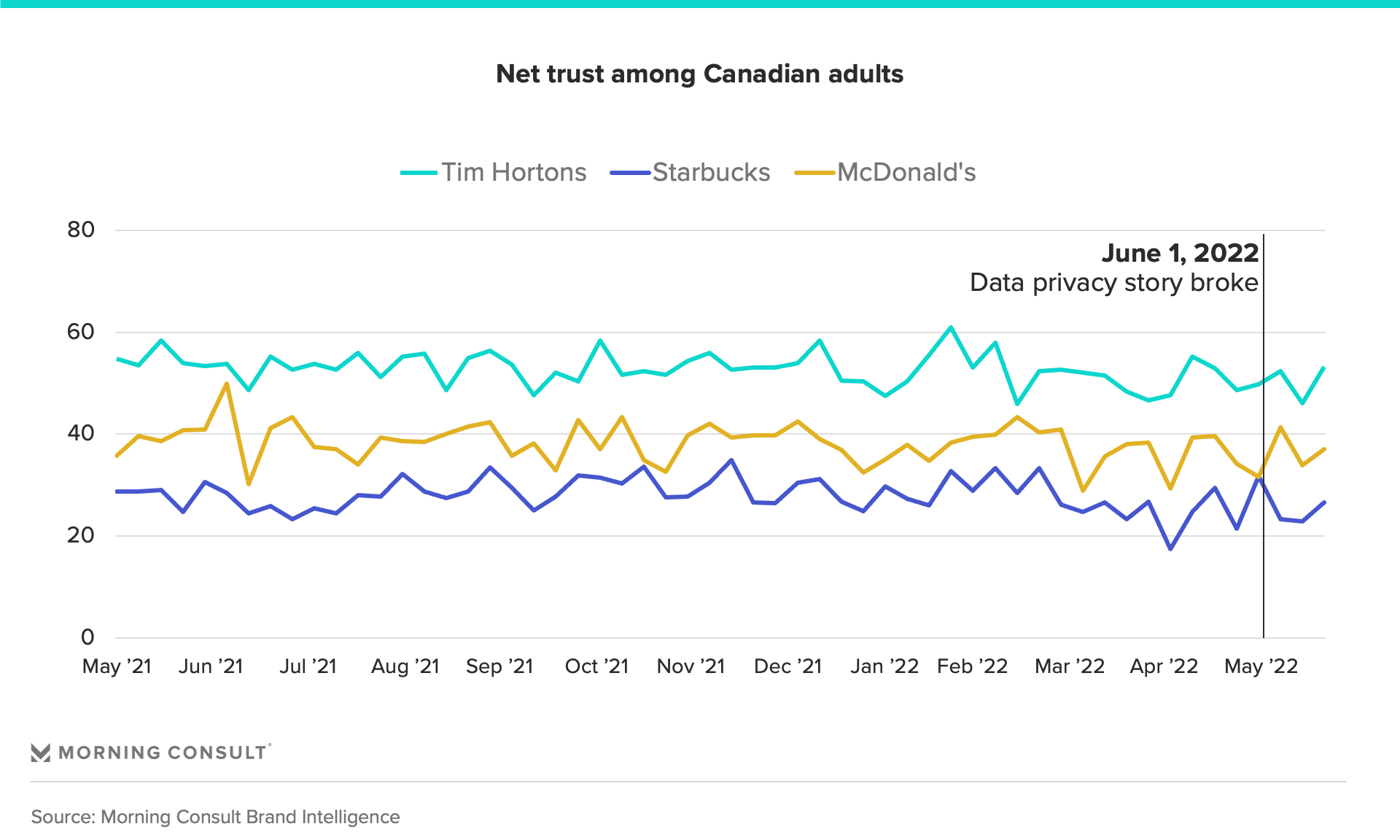 One factor keeping brand trust high is low awareness of the commissions’ findings, given that industry news often does not break through to all of a brand’s consumers. As of the end of June, only 8% of Canadians said they had heard “a lot” about the story and 29% said they had heard “some.” Secondly, even though data and privacy breaches are happening with more regularity than ever before, Morning Consult data shows that consumers prioritize data privacy for sectors like financial services and health care more than they do for the food & beverage industry: 48% of Canandians said that data privacy is most important to them in  financial services and 19% said health care, while only 1% said the same about food & beverage. 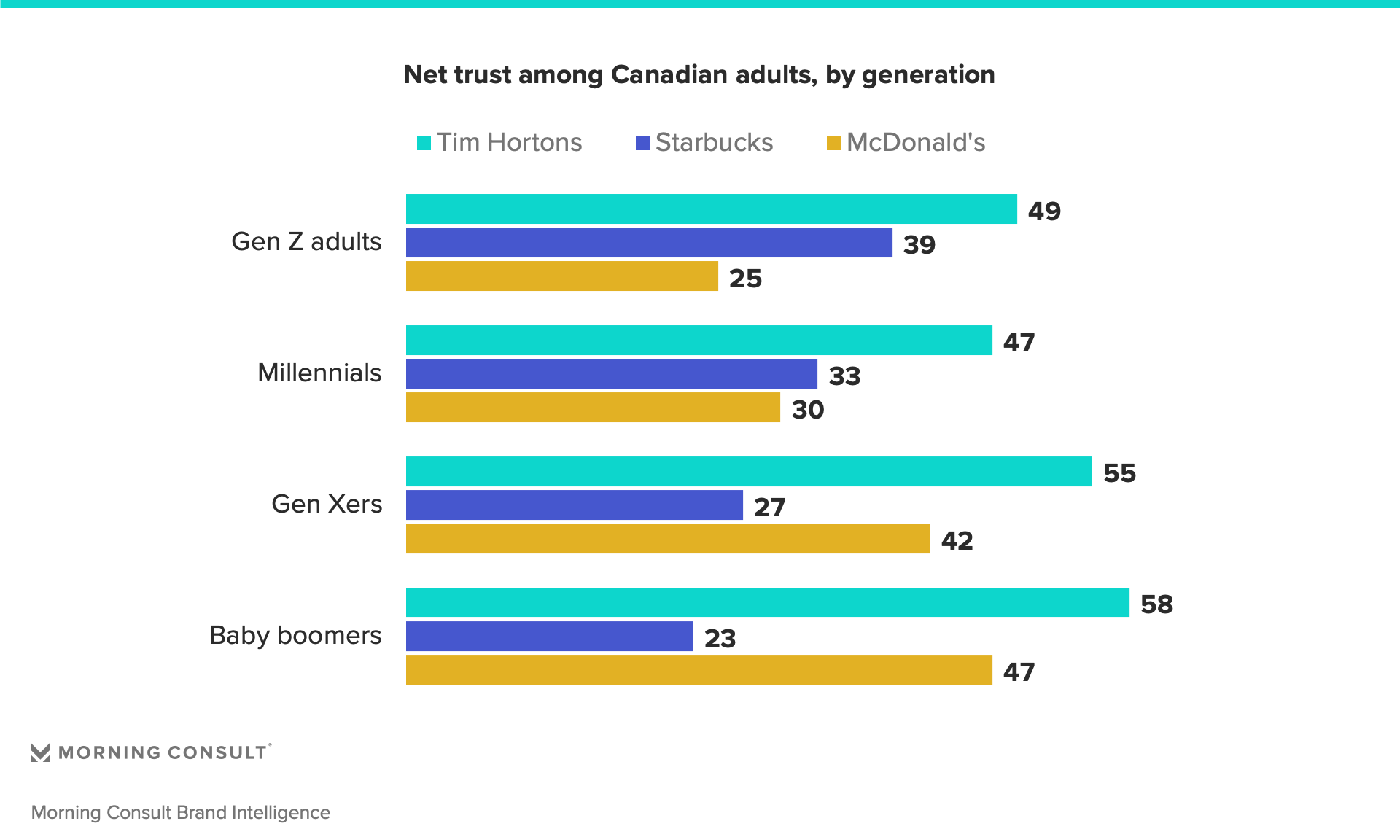 There are more than 4,000 Tim Hortons locations in Canada, which is almost three times more than either Starbucks or McDonald’s. But what really sets Tim Hortons apart from competitors is Canadians’ national pride for the brand. The restaurant chain was home-grown in Ontario, and Horton himself was an NHL player who spent most of his career with the Toronto Maple Leafs. Even as the brand expands beyond Canada’s borders, it remains strongly associated with the country.

The chain enjoys strong net trust across generations, and further cementing brand trust are Tim Hortons’ popular loyalty program and its “Roll Up To Win” campaign, an annual tradition for the more than 80% of all Canadians who have played the game since its inception in 1986.