Fighting Robocalls Can Feel Like Playing ‘Whack-a-Mole.’ The Public Wants Telecommunications Companies to Step Up Their Efforts

About half of U.S. adults said networks are responsible for protecting consumers from scam robocalls, texts 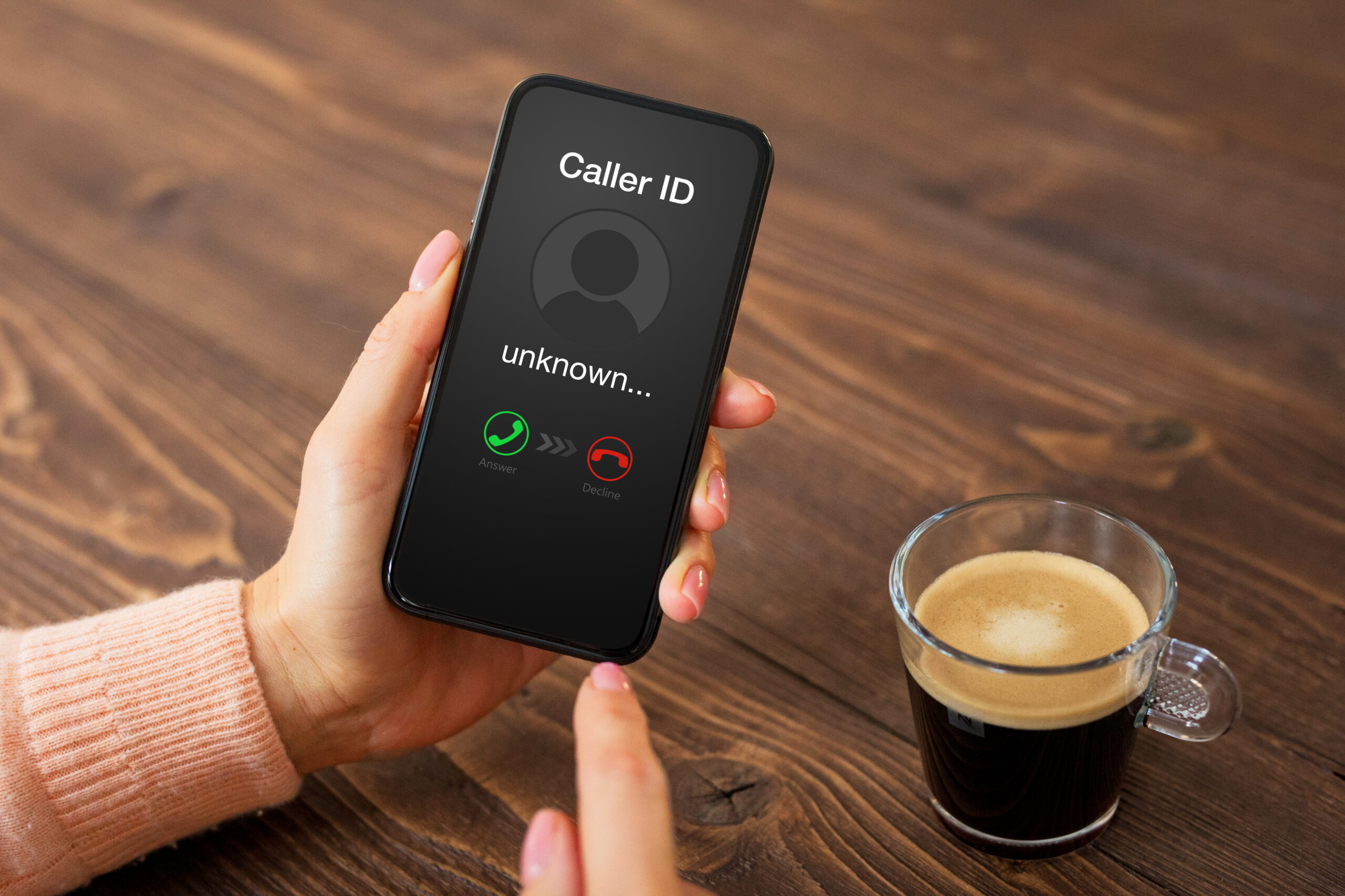 A Morning Consult survey found that 56% of U.S. adults reported having received more robocalls in the past six months. (Getty Images)
By Chris Teale

The scourge of robocalls is a rare issue that elicits bipartisan disapproval from elected officials and pledges for action, in addition to prompting another crackdown from the Federal Communications Commission.

In May, the FCC voted to adopt new rules to prevent robocalls that originate overseas, and also expanded its partnership on the issue with state attorneys general, even as Commissioner Brendan Carr (R) said that efforts to get the issue under control can feel like playing “whack-a-mole.”

Much of the public, meanwhile, believes it is up to telecommunications companies — not just federal regulators or lawmakers — to get the robocalls issue under control, new Morning Consult data shows.

Half of U.S. adults said telecoms are primarily responsible for crafting and implementing policies to protect consumers from robocalls and robotexts, according to the survey, while a quarter put the onus on Congress and roughly 1 in 8 said it is up to the president’s administration, including federal regulators.

Half the Public Says Telecommunications Companies Are Primarily Responsible for Anti-Robocall Policies
A quarter of all U.S. adults put the onus on lawmakers in Congress

Respondents were asked which of the following are primarily responsible for crafting and implementing policies to protect people from scam robocalls and robotexts:

Several industry groups represent telecommunications companies and are working to reduce illegal robocalls, including USTelecom | The Broadband Association. Josh Bercu, the organization’s vice president of policy and advocacy, said carriers are spending millions of dollars on technology to address robocalls and are serious about getting them under control.

“You never want to hear from your customers how much they hate something that is coming through your service,” he said. “Beyond that, they’re a cost on the network, they’re attacks on the network. High volumes of robocalls take up network capacity for things consumers don’t want — that’s not good for anyone.”

In an email, Scott Bergmann, senior vice president for regulatory affairs at the wireless communications trade group CTIA, said the industry is committed to protecting consumers from robocalls and to “working collaboratively with the FCC and other law enforcement entities.”

Complaints to federal regulators on the rise

In the survey, over half of adults reported having received more robocalls and spam emails in the past six months.

Over Half the Public Reports Increase in Spam Robocalls Over Past Six Months
Slightly lower shares said they have received more spam emails, robotexts in the same period

Respondents were asked if in the past six months they have received more, the same or less of the following:

Complaints to federal regulators about the issue have risen, too. In addition to the FCC, the Federal Trade Commission keeps track of illegal robocalls and has pursued enforcement action against companies that facilitate them. According to the FTC’s biennial report to Congress on the National Do Not Call Registry, complaints about robocalls jumped last fiscal year after having declined in the years before.

After Three Years of Declines, Robocall Complaints to the FTC Jumped in 2021
The agency received more than 3.4 million complaints in Fiscal Year 2021, an increase of 620,000 year over year
Source: Federal Trade Commission’s Fiscal Year 2021 Do Not Call Data Book

According to the FTC report, consumers complained most about imposters during Fiscal Year 2021, while almost as many complained to the agency about robocalls related to warranties and protection plans.

An FTC spokesperson said the agency would continue to bring enforcement actions against bad actors, something that has increased over the past decade to include lead generators, the owners of telemarketing companies and those who sell telemarketing software. The spokesperson added that the FTC has stopped companies that have made over 1 billion robocalls, which represent 20% of all those made to the United States.

The FCC has also levied fines against companies for unlawful robocalls, including a proposed $45 million penalty in February. FCC spokesperson Will Wiquist declined to comment on the survey findings but said that fighting robocalls is a “top consumer protection priority” for the agency.

4 in 5 Adults Say More Needs to Be Done to Fight Robocalls
Roughly 1 in 10 said enough is being done to fight spam robocalls and robotexts
Survey conducted May 26-28, 2022, among a representative sample of 2,210 U.S. adults, with an unweighted margin of error of +/-2 percentage points. Figures may not add up to 100% due to rounding.

The public was supportive of a range of measures that the government could take to fight robocalls, with roughly 4 in 5 backing the reporting of robocalls and scam texts and the implementation of tougher legislation to protect consumers from them.

Similar shares said they supported a mandate on phone service providers to authenticate their callers and to have those providers enter information into the FCC’s Robocall Mitigation Database in a timely fashion. The FCC has already implemented stronger caller ID authentication through its STIR/SHAKEN standards, which require phone networks and telecommunications companies to verify callers.

The FCC’s action in May looked to strengthen those standards, as it now requires gateway providers that help route international call traffic into the United States to comply with STIR/SHAKEN’s caller ID requirements. But some in the industry noted that further international cooperation on tracking and blocking robocalls could be tricky given their prevalence in this country.

“I don’t want to say it’s a uniquely American problem,” said Glenn Richards, executive director of the Voice on the Net Coalition, which advocates for internet communications providers, including companies that use Voice Over Internet Protocol. “But from what I understand, it is clearly more pervasive in the United States than in other countries.”

Respondents were asked how much they support the following measures the federal government could take to fight robocalls and robotexts:

In an email, Thune said the TRACED Act “laid significant groundwork in the public-private partnership to fight the scourge of illegal and unwanted robocalls,” and the new legislation would support industry’s efforts to trace robocalls as “another important step toward holding these bad actors accountable.”

FCC Chair Jessica Rosenworcel (D) said during the agency’s May meeting that it needs “more tools” from Congress, “including the ability to go to court directly and collect fines from these bad actors — each and every one of them.”

Some lawmakers have turned their attention to another scourge for consumers: spam texts. Rep. Raja Krishnamoorthi (D-Ill.), who chairs the House Oversight Subcommittee on Economic and Consumer Policy and has previously called for new rules to crack down on robotexts, said he and Rep. Katie Porter (D-Calif.) would soon introduce the Robotext Scam Prevention Act.

That legislation would expand how federal regulators define what they describe as an automatic telephone dialing system to include devices that can store or produce numbers to be texted and expand the restrictions on calls from those systems to texts, among other provisions.

It comes after Krishnamoorthi made two information requests last year to the FCC about their efforts to fight spam texts, which he said in an email cost American consumers “hundreds of millions of dollars each year.”

Related: Catfishing Cases and the Financial Losses That Come With Them Are Rising. The Public Wants Social Media Companies, Lawmakers to Crack Down on the Issue
Robocalls Tech Regulation