Findings come after agency orders all Juul products off the U.S. market 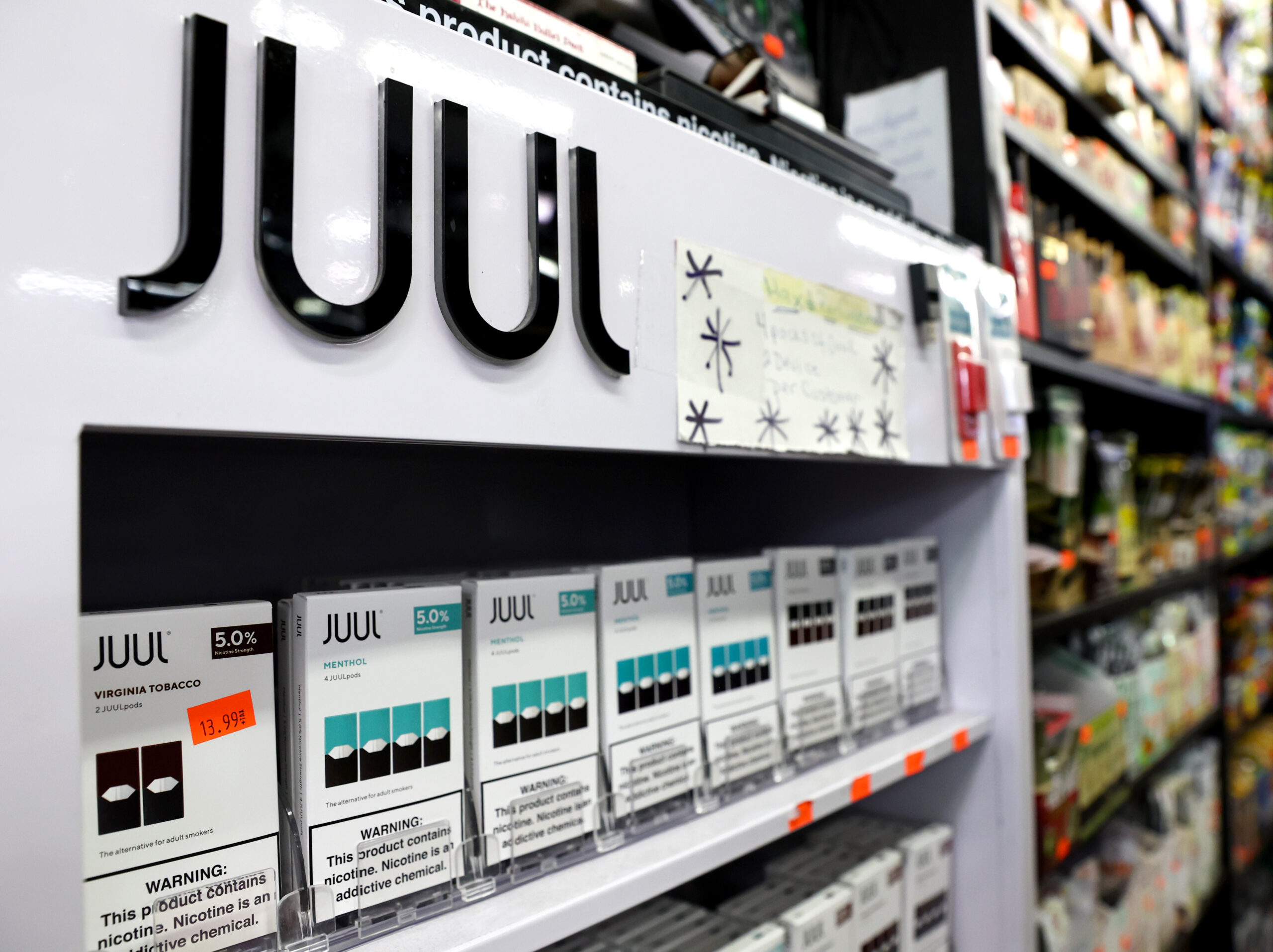 Packages of Juul e-cigarettes are displayed for sale in the Brazil Outlet shop on June 22, 2022, in Los Angeles. A Morning Consult/Politico survey found that about 2 in 3 voters support the FDA’s decision to order Juul’s tobacco-flavored e-cigarettes off the U.S. market. (Mario Tama/Getty Images)
By Gaby Galvin

About 2 in 3 voters are on board with Food and Drug Administration bans on tobacco-flavored vaping products, according to a new Morning Consult/Politico survey that comes after the agency’s decision to order such products from Juul Labs Inc. off the U.S. market. 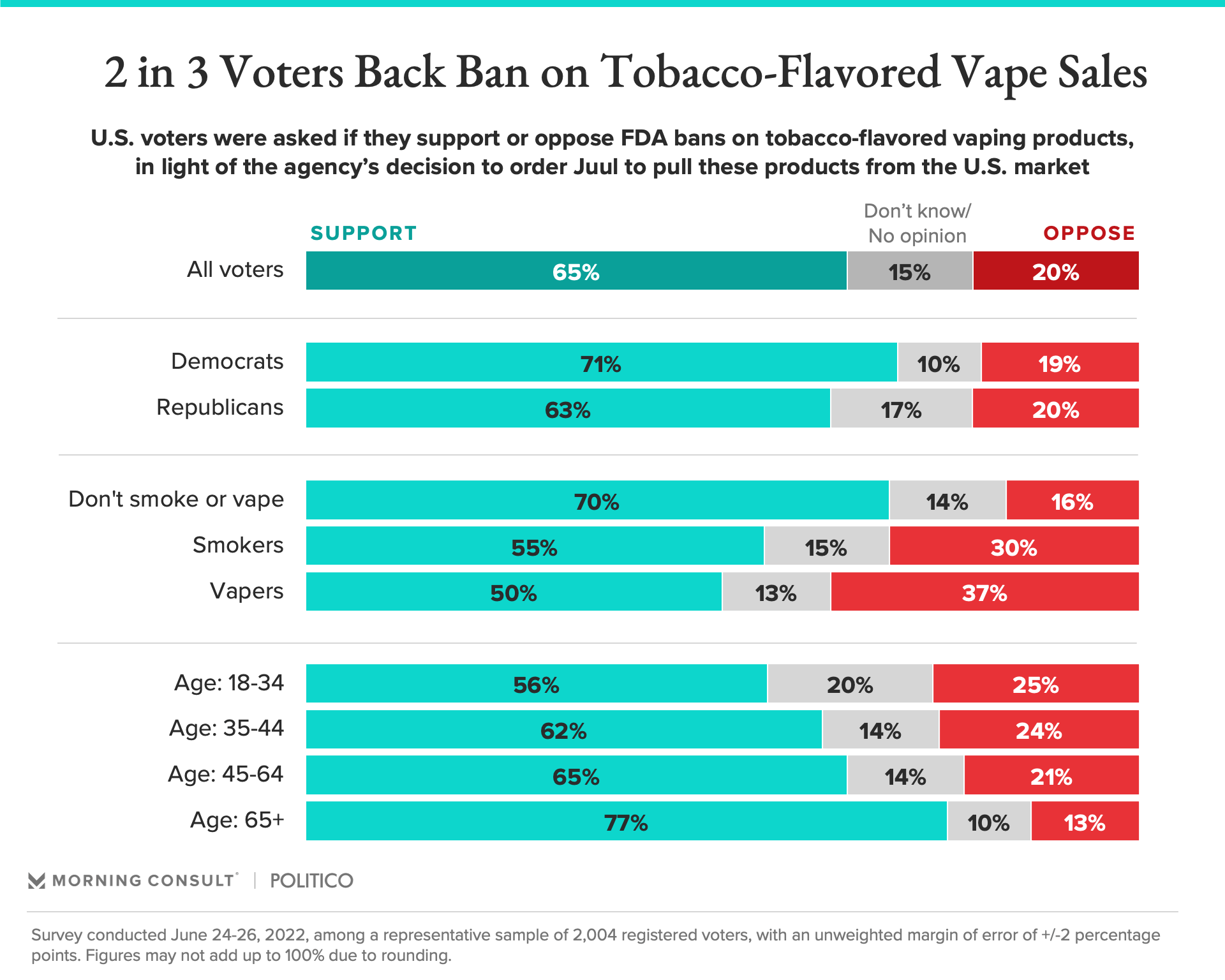 The June 24-26, 2022, survey was conducted among a representative sample of 2,004 registered voters, with an unweighted margin of error of plus or minus 2 percentage points.