22% of GOP voters would back the Florida governor if the 2024 primary were today, his best showing yet 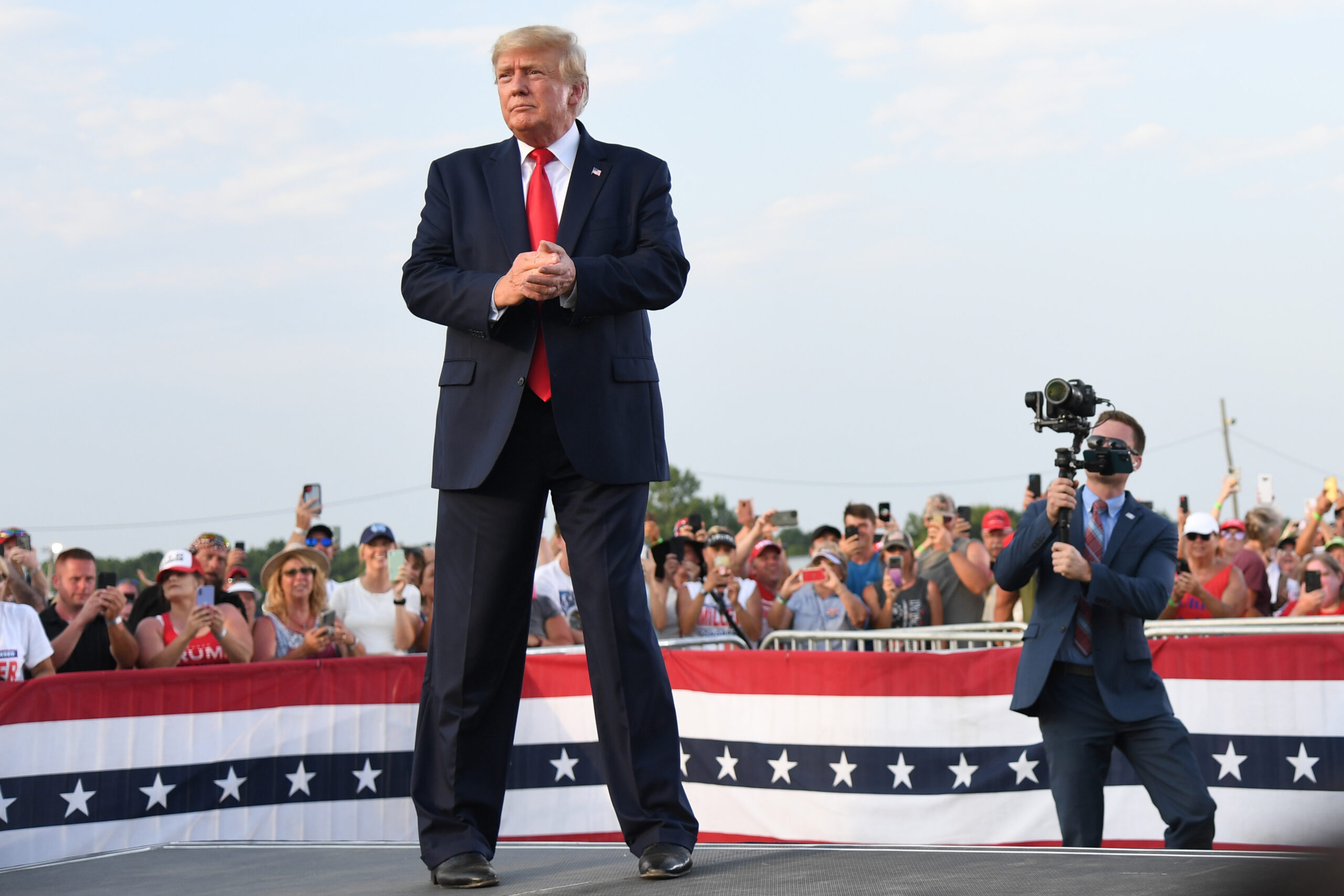 Former President Donald Trump arrives to give remarks during a June 25 rally at the Adams County Fairgrounds in Mendon, Ill. (Michael B. Thomas/Getty Images)
By Eli Yokley

Former President Donald Trump has lost no support among Republican voters for a third presidential bid as a special House committee reveals unflattering details about his culpability for the Jan. 6 Capitol attack, a new Morning Consult/Politico survey shows. Instead, it’s former Vice President Mike Pence — whose associates have been key to some of the panel’s revelations — who is losing ground with the party’s voters, apparently to the benefit of Florida Gov. Ron DeSantis. 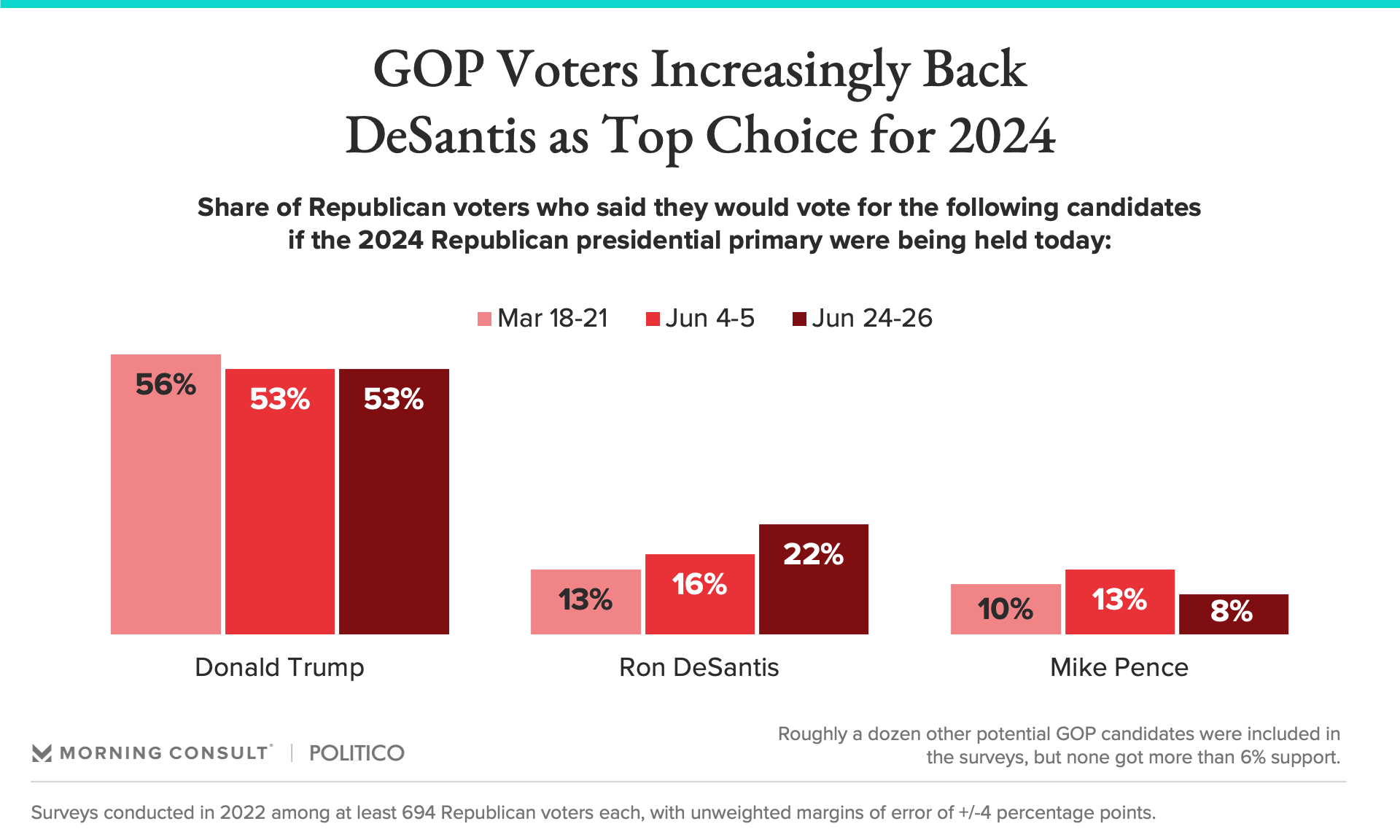 How Jan. 6 is impacting GOP voters’ views on Trump

Very few Republicans (around 15%) said they have seen, read or heard “a lot” about the special panel’s daytime hearings over the course of two weeks, but that doesn’t mean bad coverage about the former president hasn’t been noticed. A Morning Consult survey conducted June 23-25 found 41% of GOP voters had seen, heard or read something “mainly negative” about Trump in recent weeks — up from 24% the weekend before the June 9 hearing in prime time.

While Trump has retained support for a presidential bid and continues to boast a strong favorability rating (84%) with voters in his party, there are signs that the past several weeks, which have kept a steady focus on the worst moments of his presidency, have slightly dampened his standing.

Since a May 19-22 survey, the share of GOP voters who said Trump should play a “major role” in the party fell from 60% to 51%, with those voters increasingly saying he should play either a minor role or no role at all.

While some Republicans may hope that the Jan. 6 proceedings will help them push Trump out of the party, the trend data suggests that might be a tad optimistic. There is, however, still the possibility that the former president’s chances of another GOP presidential bid will be hindered by the criminal justice system, and the latest Morning Consult data — from surveys conducted before former White House aide Cassidy Hutchinson’s bombshell testimony Tuesday — already shows ample support for prosecution of the former president. 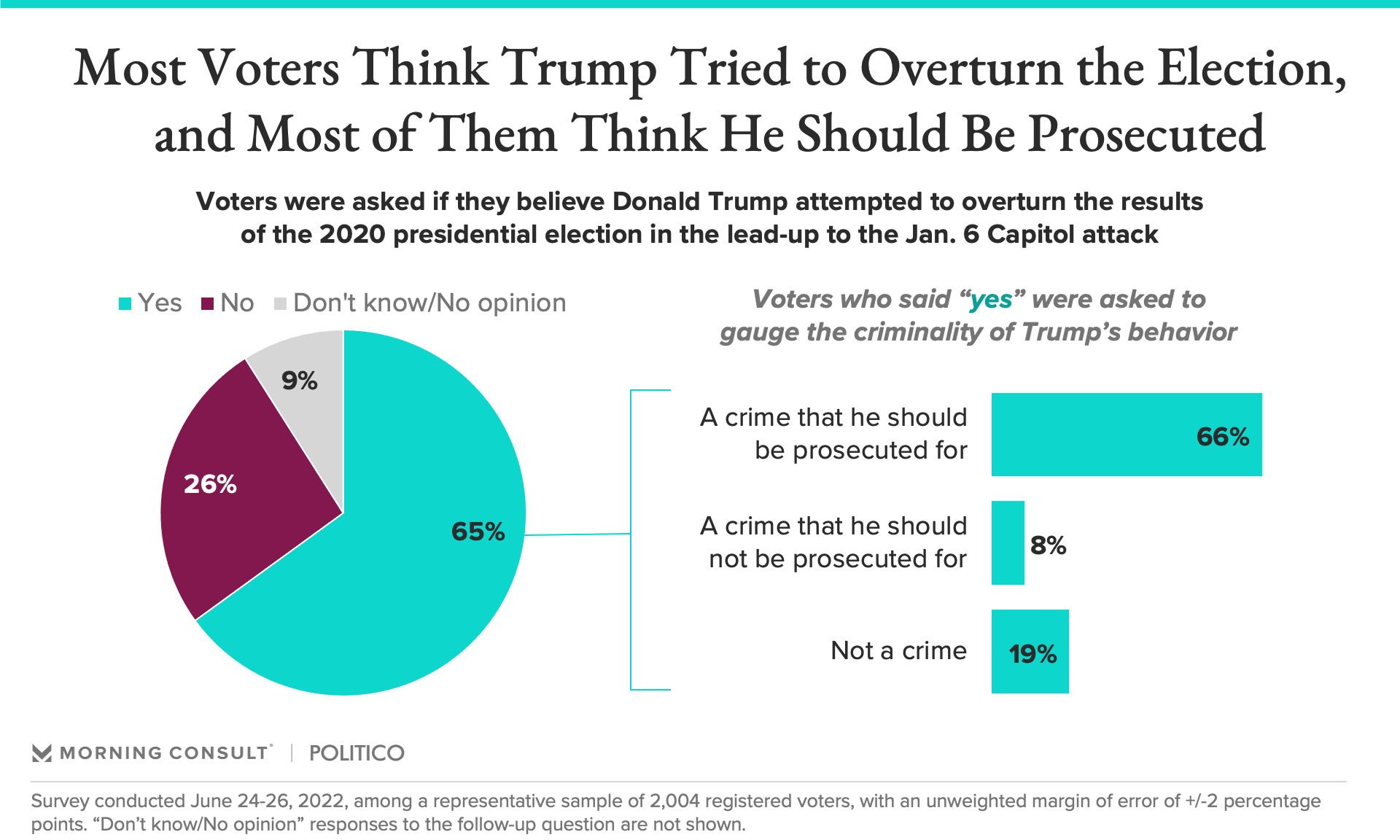 Voters’ views on the criminality of Trump’s behavior

The latest Morning Consult/Politico survey was conducted June 24-26, 2022, among a representative sample of 2,005 registered U.S. voters, with an unweighted margin of error of plus or minus 2 percentage points.