Summer Trips This Year Will Be One and Done 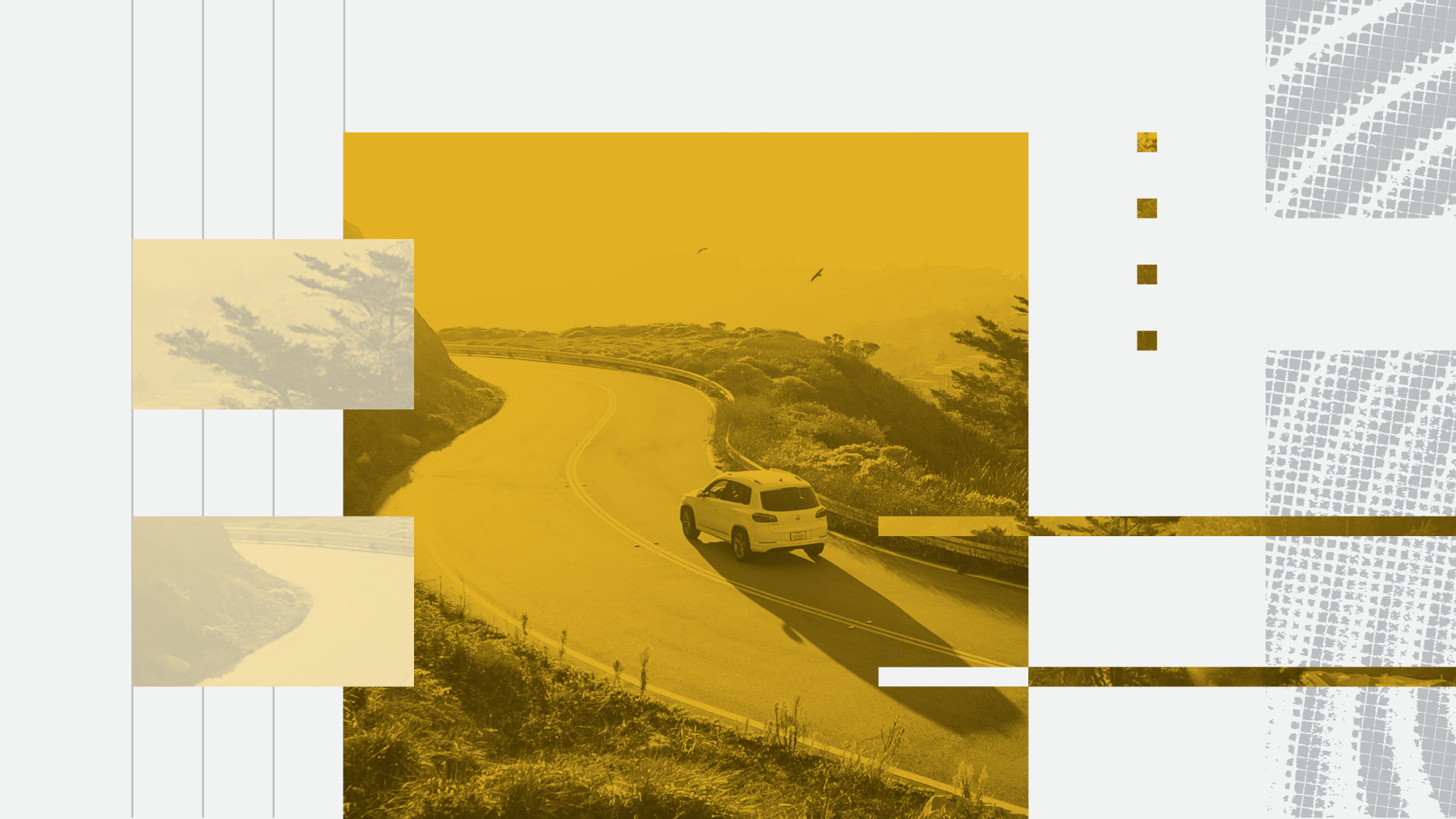 Travelers are taking fewer trips than usual this summer due to price concerns, so the early summer surge will likely be followed by a quick drop in volume. Travel brands must overdeliver on customer service to meet travelers’ high expectations while also enticing price-sensitive consumers with good value for their money.

The July Fourth weekend promises to be a busy one for the travel industry this year, with bookings up and interest high. But as pandemic-induced discomfort with traveling during the past two summers gives way to new concerns over gas prices and overall inflation, the story around traveling through the rest of this summer is less encouraging.

Morning Consult’s latest data from mid-June shows that 43% of adults overall said they plan to travel less this summer, with the summer travel recovery looking more like a whimper than a roar for many demographics, especially those living in rural areas or earning lower incomes, as well as Gen Xers, who are likely to have children and to face funding travel for multiple people in their household.

At the same time, resilience to travel cost pressures is being expressed by other cohorts, namely younger travelers and those in urban areas who are more likely to be focused on getting away from the heat and crowds of city centers. While their wallets are still growing, Gen Z adults and millennials tend to dedicate more of their spending power to leisure activities such as traveling and dining out, and may actually be planning to travel more this summer, even in the face of inflated costs.

Despite a busy summer travel season so far, the current spike hasn’t quite reached pre-pandemic levels, and data suggests that the surge may quickly abate through the summer. While more Americans say they plan to travel this summer compared with last year, the percentage of those saying they would do so multiple times has dropped 5 points. 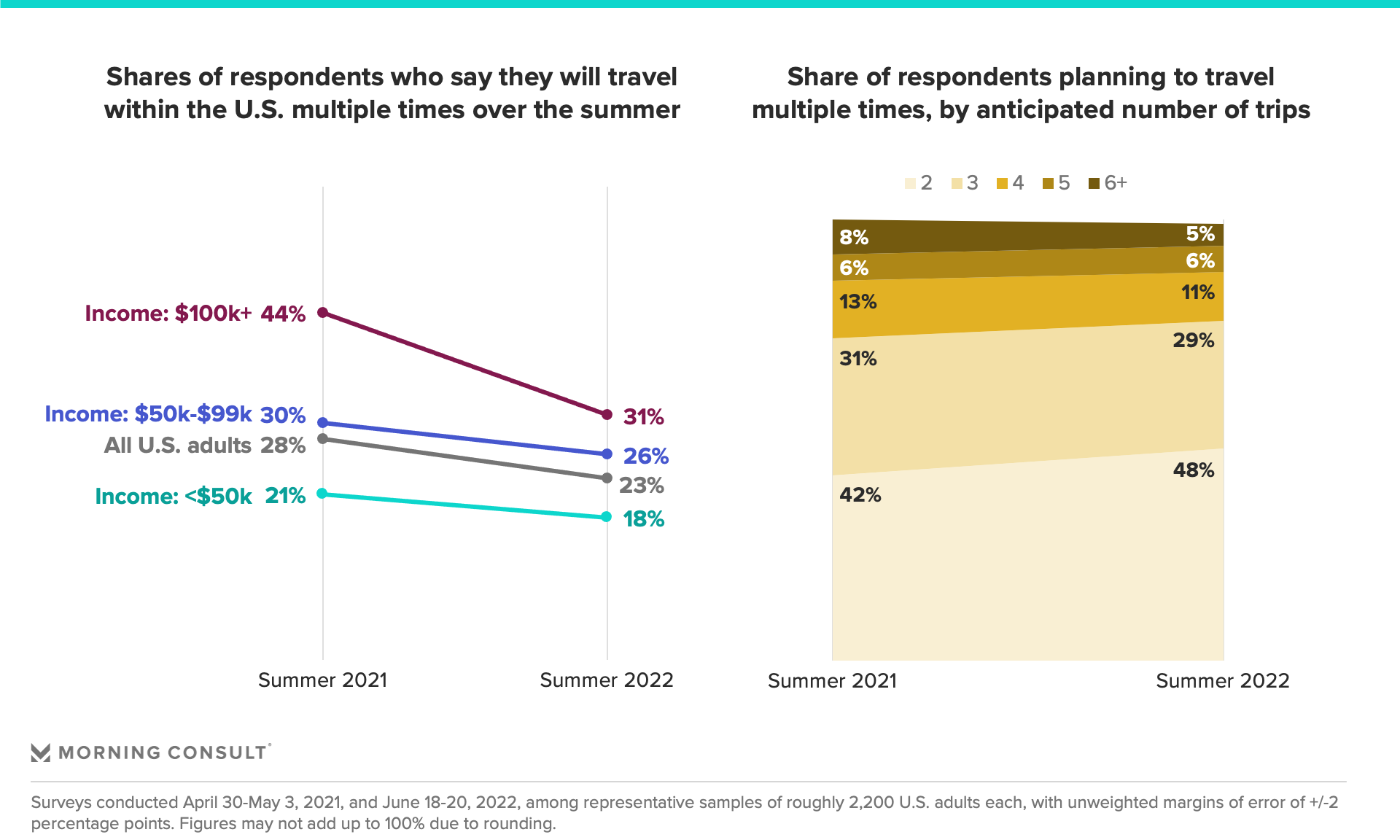 The largest decline has occurred among the critical demographic of high-income travelers: Only 31% of those from households earning more than $100,000 per year say they will travel multiple times in summer 2022, down significantly from the 44% who said the same last year. The decline among this group should concern travel brands, as higher-earning adults typically travel more and spend more than their middle- and low-income counterparts — so their pullback will have outsize influence. Moreover, among those who say they will travel multiple times, the average number of anticipated trips is lower this year: Almost half said they will take two trips, while the share who said they will travel four or more times is down 5 points.

What this means for travelers is that they need to prioritize and make tradeoffs. Theme park or national park? Beach or mountains? In years past, the answers to those questions might have been “yes and yes,” but now travelers will have to make hard choices. This means destinations and modes of transport are competing more directly against each other, and brands must double down on the experience for travelers who are placing all of their summer travel hopes on one trip.

For those traveling this season, vehicles are still a core mode of transport, especially given the high cost of airfare and news of overbooked, delayed and canceled flights. In fact, 61% of U.S. adults planning to travel this summer will drive, a figure that hasn’t budged much from 59% last year. And the share of those who reported taking a road trip in the last month has increased since the beginning of this year, with 39% of U.S. adults hitting the road to travel in May, a figure that will likely move higher in the coming months.

Surveys conducted monthly among a representative sample of roughly 2,000 vehicle owners, with an unweighted margin of error of +/-2 percentage points.

That said, many drivers are limiting their mobility, with 45% of U.S. adults reporting in June that they drove less in the past month, compared with only 30% who said the same in February. And of these, a whopping 87% said it was due to gas prices being higher, compared with 57% who gave this reason back in February.

The one-and-done traveler has fewer trips to look forward to this summer, so their expectations for the trips they do take will be heightened. Brands across all areas of the industry must focus on providing a consistent and positive customer experience, and doubling down on service to delight those who are traveling. Travel brands that support road trippers in particular (like gas stations, convenience stores and hotels) should recognize the fragility of driving behaviors and intentions. The industry needs to work even harder to engage with drivers, potentially offering them incentives like fuel credits or service coupons to offset some of the pain of high-cost travel.