The U.S. Has a Responsibility to Help End the Food Crisis, Most Voters Say

But when it comes to where the aid should go, politics and media attention shape attitudes 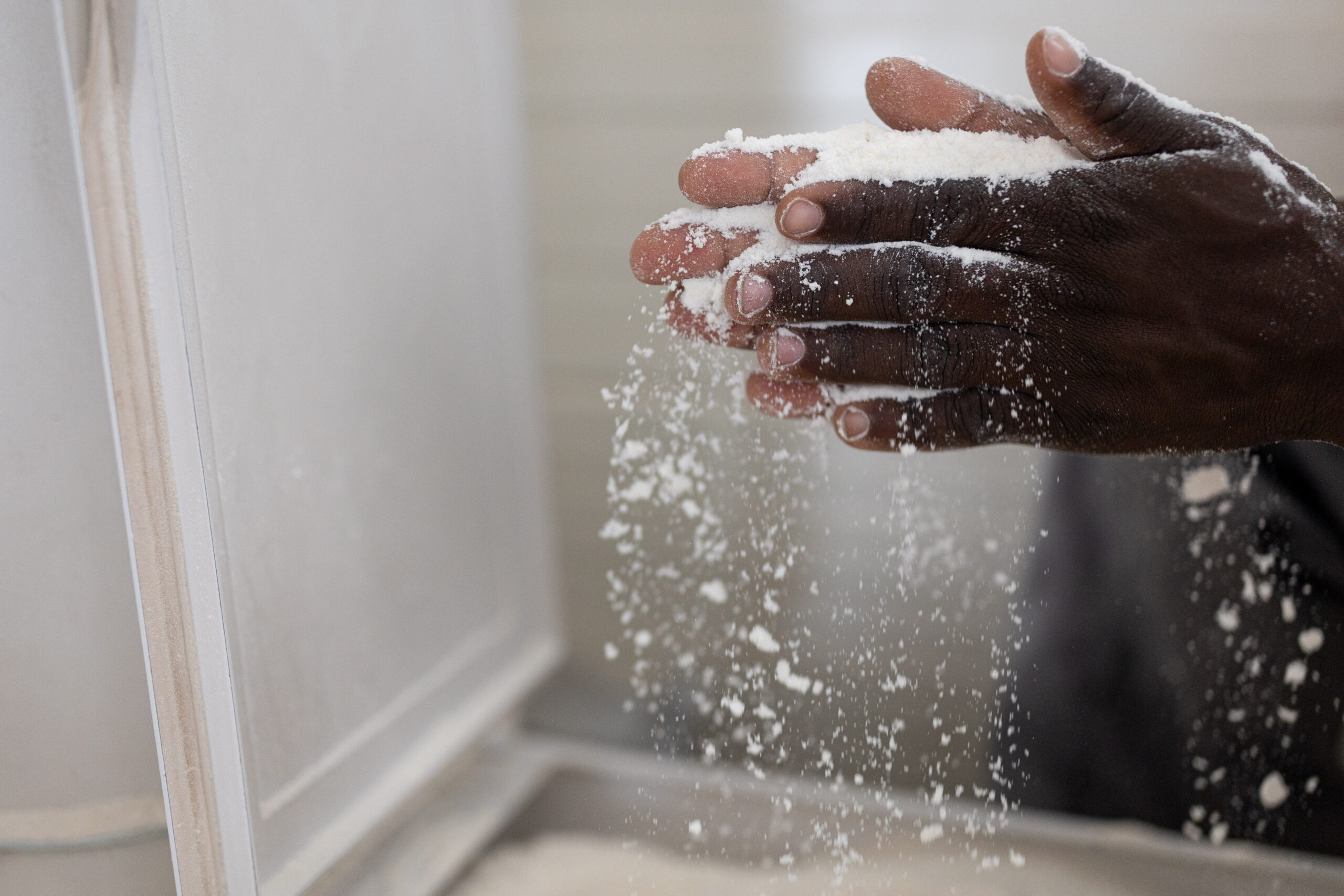 A wheat mill worker arranges bags of milled flour to be put back into the system to avoid wastage on June 14 in Kampala, Uganda. (Luke Dray/Getty Images)
By Matthew Kendrick

The war in Ukraine is causing suffering well beyond the conflict zone, as millions of tons of grain sit in ports blockaded by Russian ships, and sanctions on Russia snarl agricultural supply chains already stressed by COVID-19 and climate change. A new Morning Consult survey shows just over half of voters think the United States has a responsibility to help feed those facing starvation. 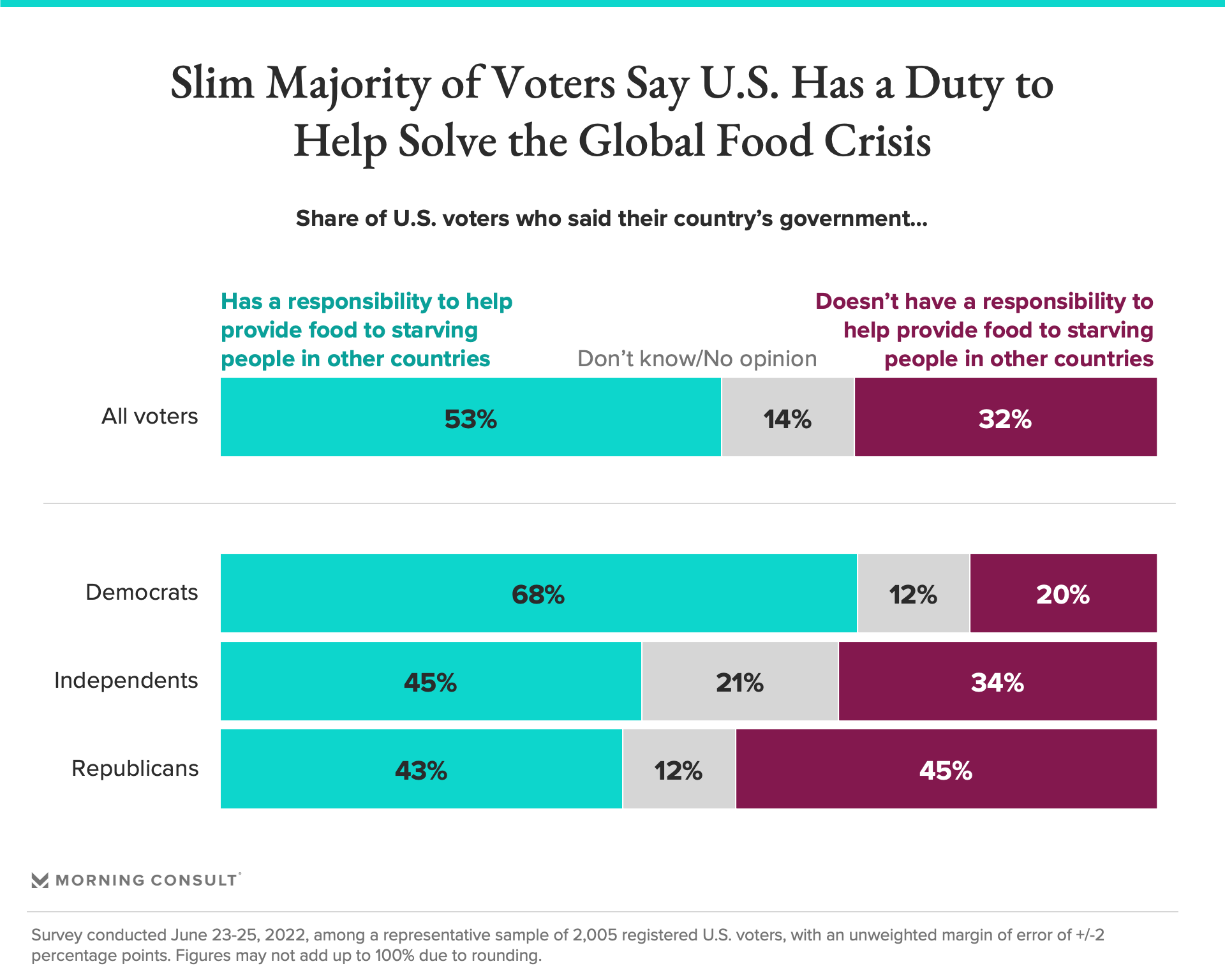 Americans’ views on the food crisis

Millions are desperate for food, but a major U.S. aid package isn’t reaching them

Americans are paying about 12% more for groceries than they were last year, a familiar story around the globe as inflation takes a bite out of incomes. But for people surviving on just a few dollars a day, the rise in food and fertilizer prices means millions can’t afford to bring home enough food to their families.

In Somalia, where 90% of wheat imports once came from Russia and Ukraine, the cessation of trade and years of failed harvests have already displaced approximately 800,000 people since the start of 2021, while more than 5 million people are in crisis conditions and thousands more have died. In Afghanistan, nearly 20 million people — almost half the population — are at risk of malnutrition according to the United Nations, while low rainfall and a COVID-19 outbreak have experts worried North Korea may end up in dire straits as well. And Iranians are suffering under the twin hazards of sanctions and poor global economic conditions, leading to ongoing protests.

The United States has allocated more than $5 billion from the Ukraine aid package passed last month toward fighting the global food crisis, but Politico reports that USAID has spent virtually none of the sum, though a U.N. World Food Program official said the organization told the agency in May that most of the money could be put to use through existing programs right away. 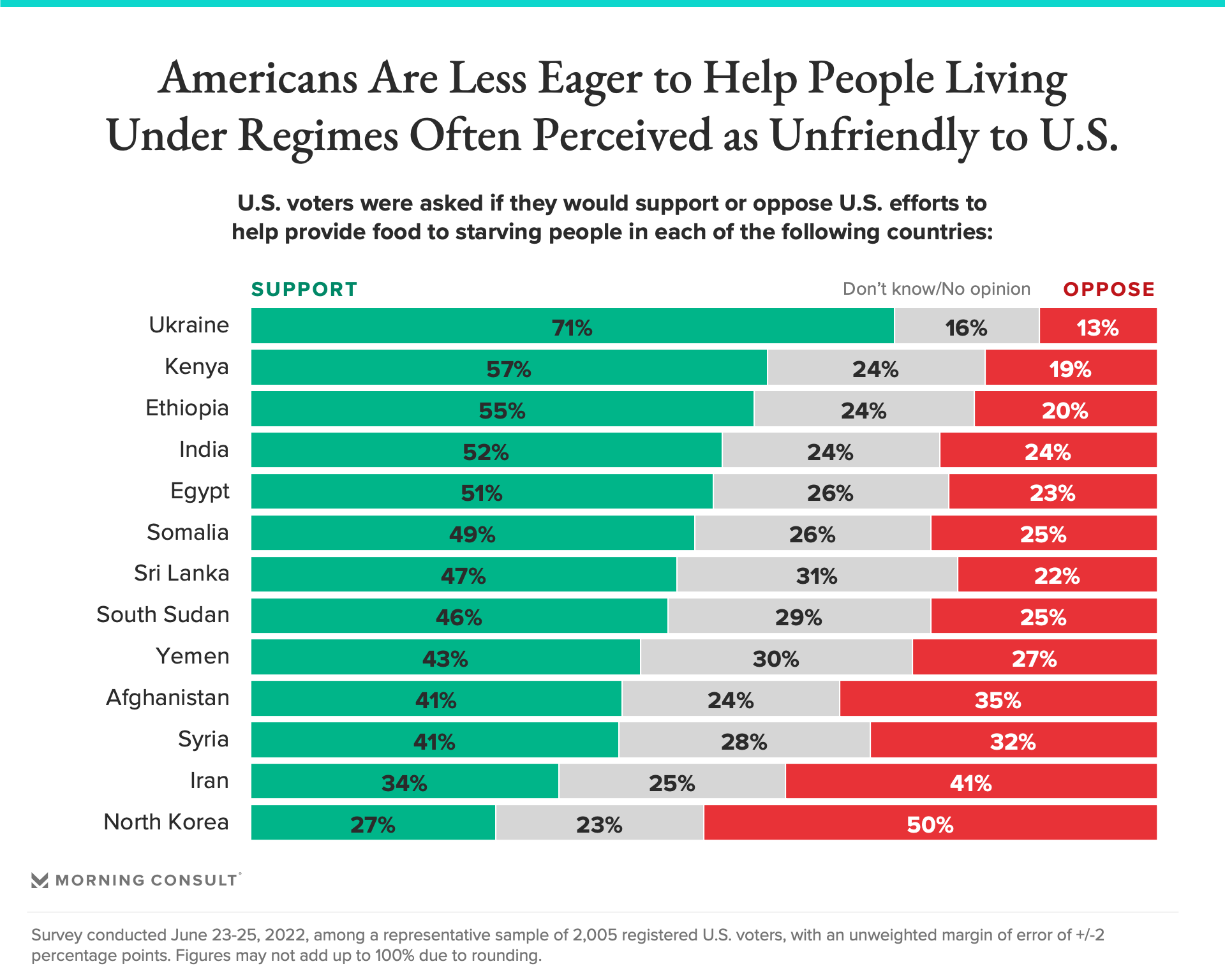 Where Americans are most and least likely to support food aid