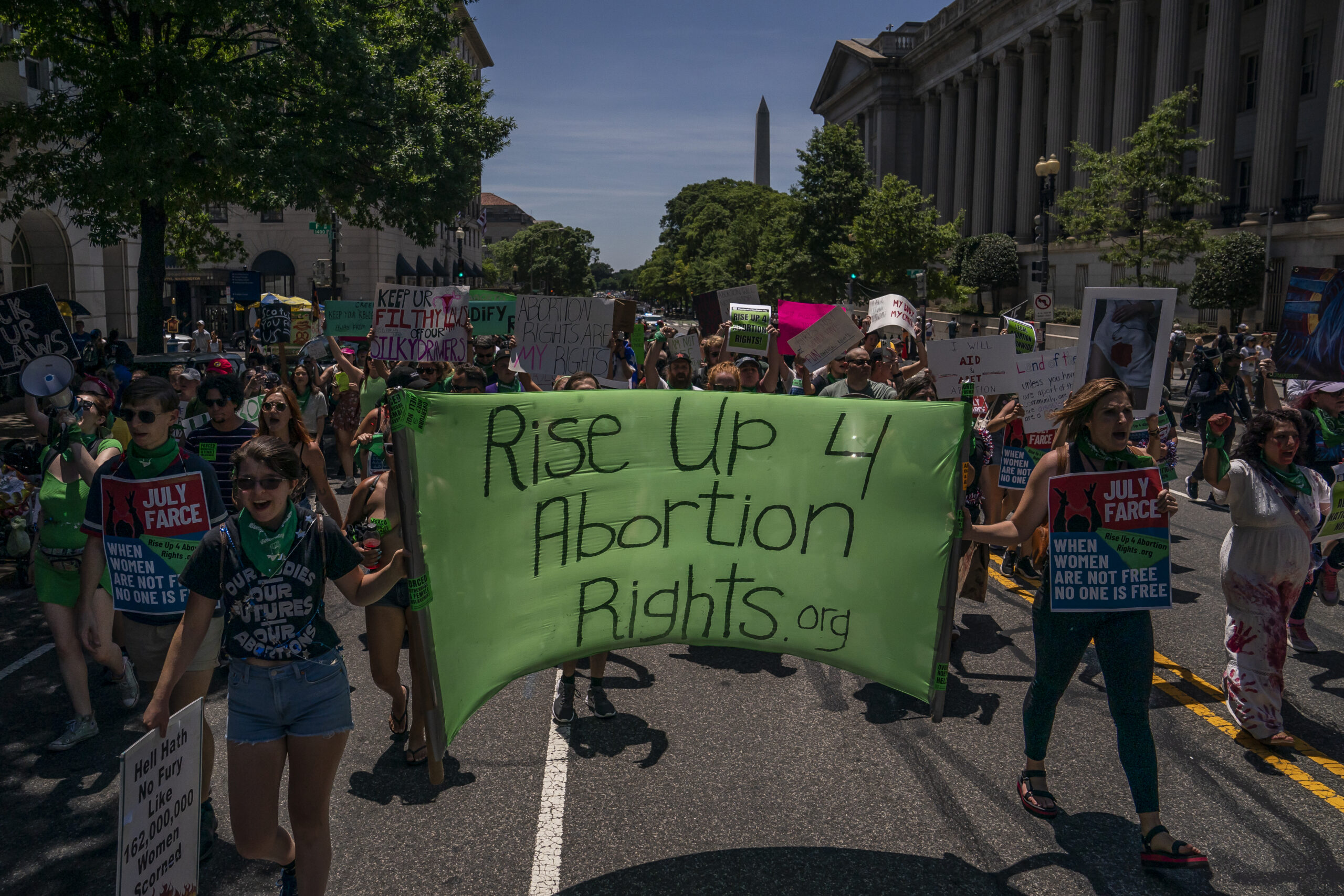 Abortion-rights activists march near the White House during a rally on July 4 in Washington. Fifty-six percent of U.S. adults said they support companies that allow employees who are concerned about losing access to abortion to move to another state, according to new Morning Consult data. (Nathan Howard/Getty Images)
By Eliza Carter

The U.S. Supreme Court’s June 24 ruling overturning Roe v. Wade, which eliminated the constitutional right to abortion, has now rippled throughout the business worlds, presenting huge challenges for companies navigating their own position on the topic.

Because the decision means abortion access will be sharply curtailed in some states, but remain accessible in others, companies including Walt Disney Co., Nike Inc. and Microsoft Corp. have pledged to help employees travel to other states for abortion care, among other policies to assist employees who seek an abortion.

Such moves could earn public approval for those brands. A new Morning Consult survey found that corporate efforts in support of abortion access are much more popular among U.S. adults than those that support the Supreme Court’s decision.

The shares of respondents who said they support the following actions being taken by companies in response to the Supreme Court’s decision to overturn Roe v. Wade:

Morning Consult’s survey also found that 35% of adults and half of women between ages 18 and 44 said they would be discouraged from accepting a job at a company that does not offer health insurance that covers birth control.

Younger generations, including Gen Z, appear to feel especially committed to abortion and contraception access. Seven in 10 Gen Zers said abortion should be legal in most or all cases, while 44% said they would be discouraged from accepting a job that did not offer a health insurance plan that covered birth control. Brands not only have public perception to consider in this matter, but also the wishes of their current — and future — employees.

The June 30-July 2, 2022, survey was conducted among a representative sample of 2,210 U.S. adults, with an unweighted margin of error of plus or minus 2 percentage points.