After Supreme Court Hands Down Ruling on Carbon Emissions, Public Split on Whether Decision Will Have Major or Minor Impact on U.S. Climate Targets 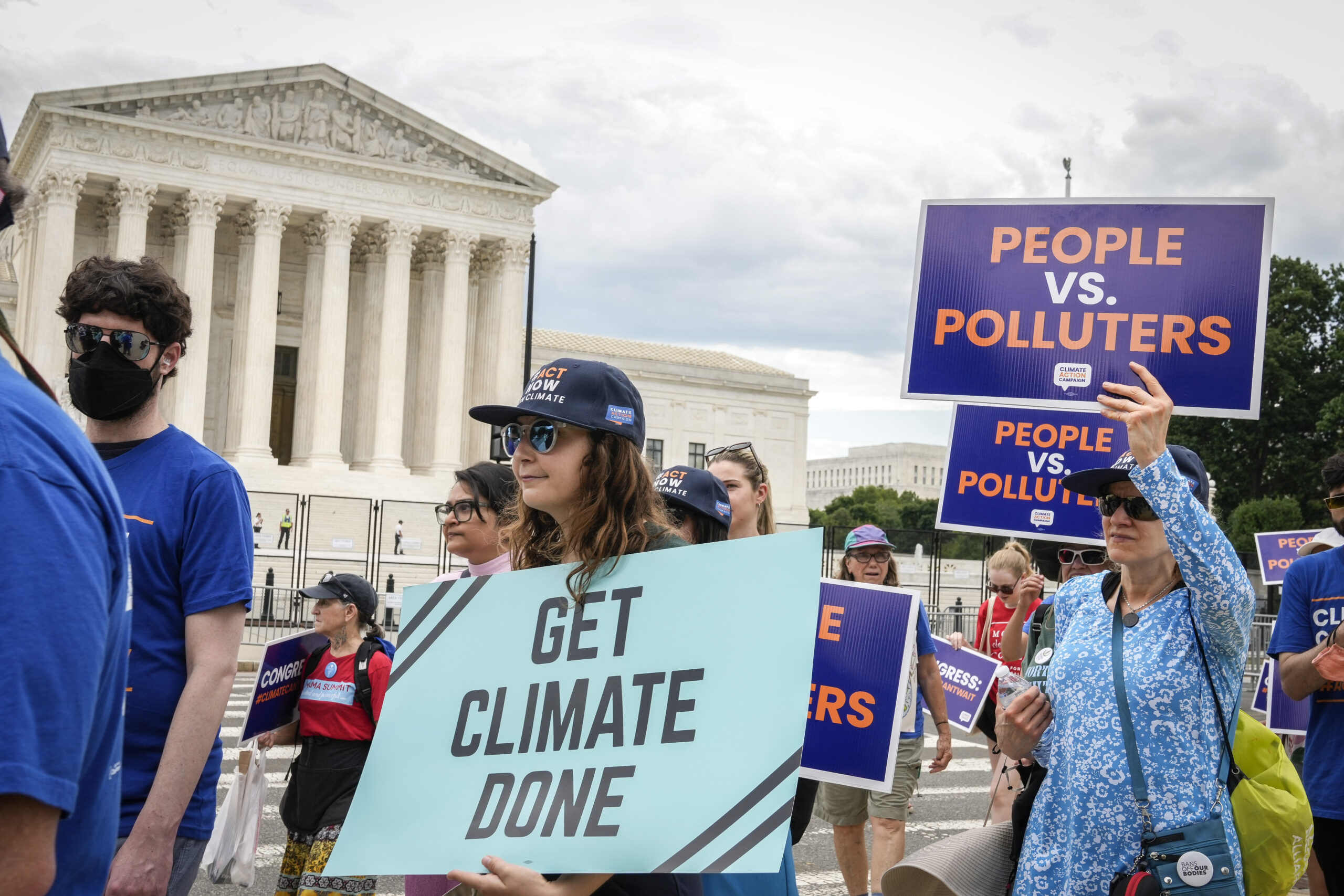 Environmental activists rally in front of the U.S. Supreme Court on July 6, 2022, in Washington, D.C. The group Climate Action Campaign organized the rally to protest against the Supreme Court's decision in West Virginia v. EPA, which limits the Environmental Protection Agency's ability to regulate carbon emissions from power plants. The Supreme Court’s decision on the EPA’s emissions authority is opposed by 39% of all adults. (Drew Angerer/Getty Images)
By Julia Martinez

In the wake of the Supreme Court’s ruling that limits the Environmental Protection Agency’s ability to regulate greenhouse gases, a new Morning Consult survey found the public is essentially split on the decision’s impact on U.S. emissions reduction efforts.

Respondents were asked to what extent they think the Supreme Court’s decision will impact U.S. efforts to lower carbon emissions levels

About 2 in 5 Adults Oppose Supreme Court’s Decision to Limit EPA’s Power to Curb Carbon Emissions at Existing Power Plants
But a nearly equal share of the public supports the high court’s ruling
Survey conducted June 30-July 2, 2022, among a representative sample of 2,210 U.S. adults, with an unweighted margin of error of +/- 2 percentage points.

In a 6-3 vote, the Supreme Court ruled last week that the Clean Air Act did not authorize the EPA to create an overarching rule, such as the Obama-era Clean Power Plan, to reduce greenhouse gases from power plants, specifically carbon dioxide emissions.

The Obama administration in 2015 enacted the CPP, which pushed for power plants to transition to renewables, but the regulation never took effect following court challenges in 2016. The Trump administration repealed the rule in 2019.

While the ruling was a blow to the Biden administration’s clean energy goals, legal experts have pointed out that the agency retains some authority to set guidelines for emissions from existing fossil fuel power plants.

But some studies suggest that President Joe Biden’s climate goals could suffer as a result of the Supreme Court’s ruling, particularly if no additional policies are passed by Congress in the meantime.

Congress can amend the Clean Air Act to expressly grant the EPA the authority to regulate carbon emissions, but it would require majority support in the House and the divided Senate, which remains unlikely.

Related: Parsing Net Zero: Given Information on Emissions Types, Half of the Public Says Oil Sector Must Do More Than It Has Pledged
Carbon Clean Energy Climate Change Environmental Protection