Consumers in major economies strongly prefer imports from friendly countries, but only 1 in 4 are willing to pay more for friend-shored goods 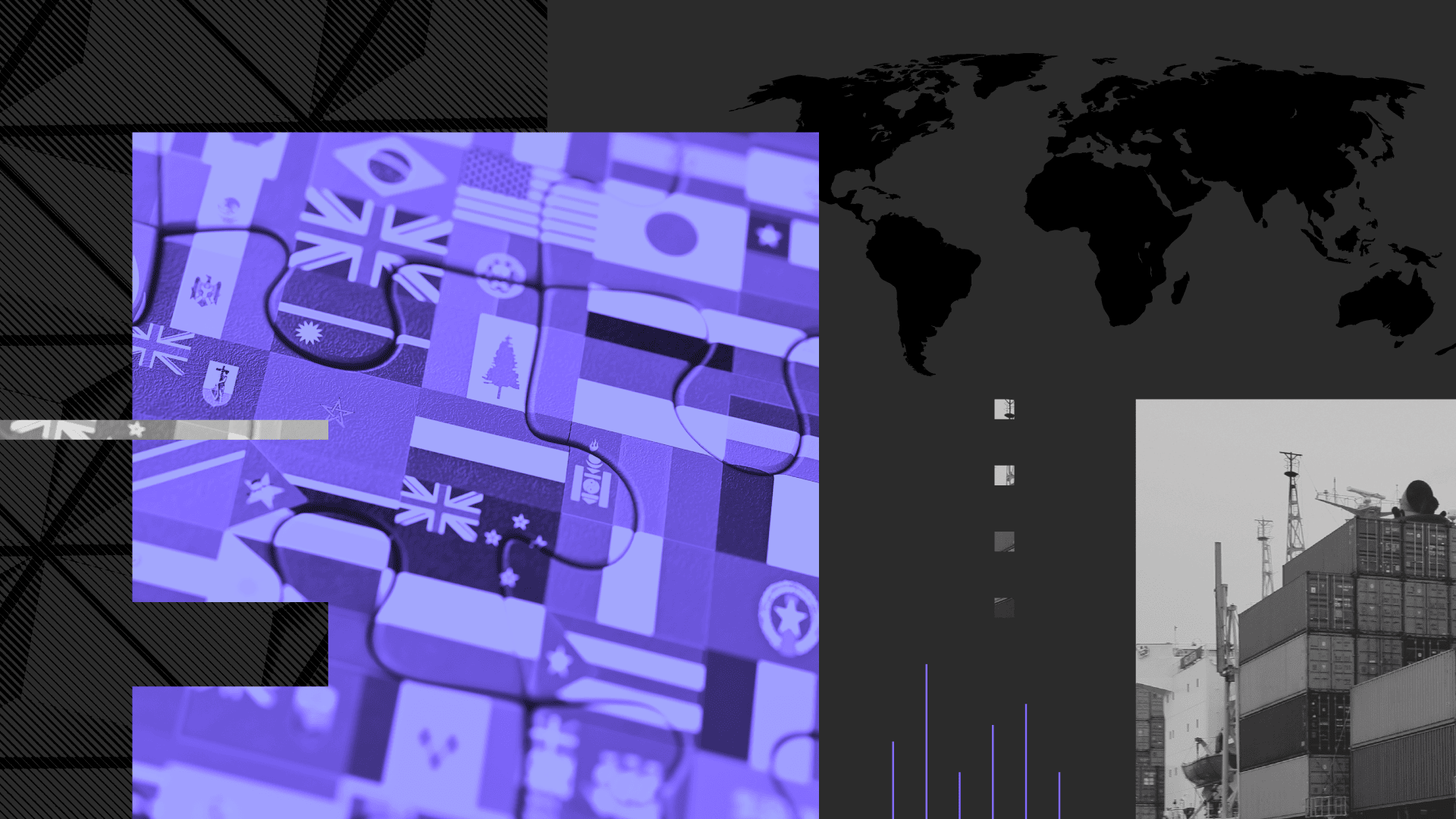 Yellen did not explicitly tell Americans who their friends are, but she did allude to it: European countries that exhibit a “strong adherence to a set of norms and values about how to operate in the global economy and about how to run the global economic system,” de facto placing countries like China and Russia in the opposing camp. Taiwan, with a new trade initiative in hand, as well as the countries of the Quad that signed the Supply Chain Resilience Initiative, are in the friendly club.

Semiconductors are the poster child for friend-shoring; U.S. and European adults are broadly supportive

The Biden administration’s approach to friend-shoring focuses on inputs deemed key to national security, including critical and high-tech goods like pharmaceuticals, rare earth minerals, large-capacity batteries and especially semiconductors. Majorities of adults in the United States and major European economies agree it is important for the United States and the European Union to cooperate on securing these supply chains.

Consumers prefer imports from allies, opening the door to broader use of friend-shoring

Producers of other high-tech and consumer goods stand to benefit from riding the friend-shoring wave, owing to strong public enthusiasm in major global markets for imports from allied and friendly nations.

In six major economies, consumers prefer imports from countries they view as “an ally” or “friendly,” a group that includes the United States. Our data also finds a large gap between favorability toward goods from countries that are clearly in the friend group and those identified as “an enemy” or “unfriendly” — in this case, China and Russia. 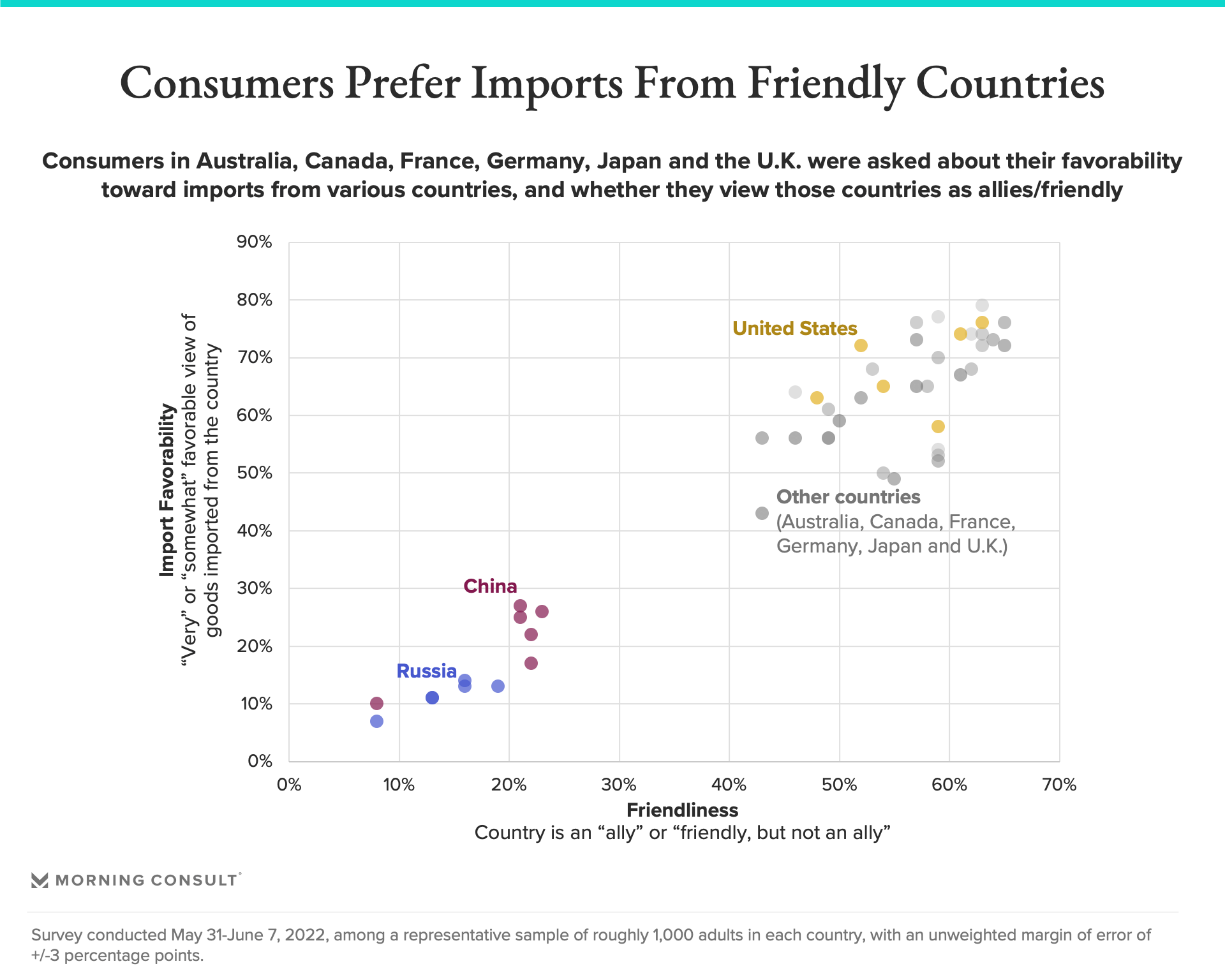 Friend-shored supply chains will be more resilient to geopolitical shocks. But they will also result in more expensive products if inputs (especially labor) are sourced from higher-cost competitors. These higher labor costs, coupled with data indicating that most consumers are unwilling to pay more for friend-shored goods, will result in limited upside revenue potential for most companies, even if the reputational gains are pronounced.

Only 1 in 4 Adults in the U.S. and Major E.U. Economies Are Willing to Pay More for Friend-Shored Goods

In every country except for Germany, where shares are evenly split, higher shares of men said they would pay more for goods made in allied and friendly countries, yielding potential revenue benefits for companies serving that demographic. Greater awareness of supply chain issues among male respondents — a trend we’ve observed in the United States — and presumably a clearer sense of friend-shoring’s consequences for supply chains is one potential explanation for the gender gap. But even so, the shares of men willing to pay more are consistently under one-third, again limiting upside revenue potential.

Pluralities of U.S. Men and Women Will Only Pay 1% to 5% More for Friend-Shored Goods

Survey conducted June 8-10, 2022, among a representative sample of 608 U.S. adults who were willing to pay more for reshored or friend-shored goods, with an unweighted margin of error of +/-4 percentage points.

Tapping into the favorability of friend-shoring

Creeping protectionism under the guise of friend-shoring would be bad for both producers and consumers. But private-sector-led supply chain reorganization to ensure greater resilience in the face of geopolitical shocks is a positive trend.

While policymakers tout friend-shoring primarily as a means to secure critical technologies with national security implications, the term itself is not narrowly defined. Manufacturers of goods without clear national security relevance stand to reap reputational benefits from relocating production closer to their end users and characterizing the decision as friend-shoring. But the trade-off between reputational gains and revenue is unlikely to make sense for the wide majority of consumer goods producers, owing to consumers’ limited willingness to pay more for friend-shored products, regardless of widespread public favorability toward imports from friendly countries.