Bongbong Marcos Is Popular in the Philippines, but He’s Not Yet in Duterte’s League 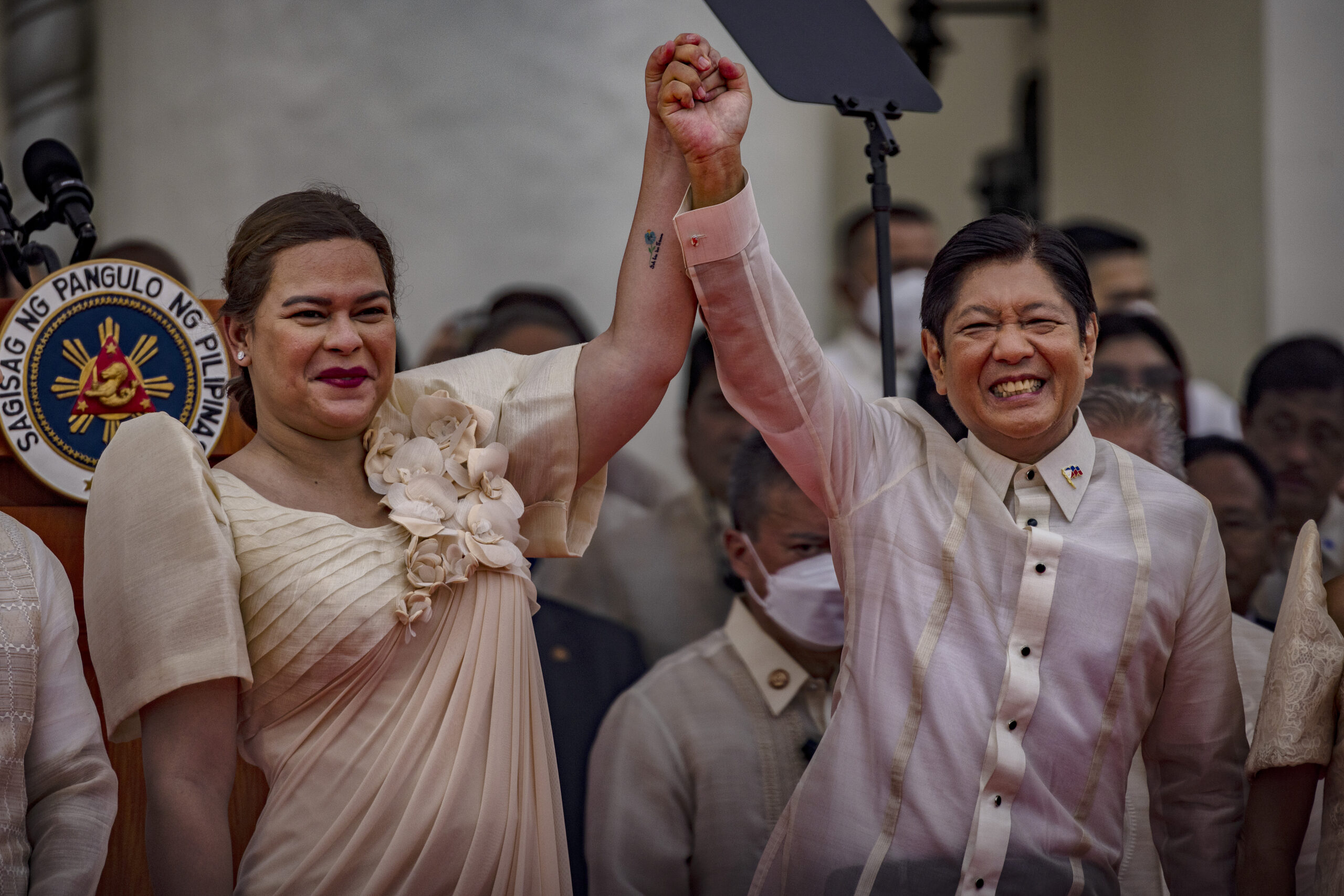 Ferdinand "Bongbong" Marcos Jr. celebrates with new Vice President Sara Duterte after taking his oath as the next president in Manila on June 30. (Ezra Acayan/Getty Images)
By Alex Willemyns

Ferdinand “Bongbong” Marcos Jr. was last week sworn in to office, becoming the first president since his authoritarian father, who ruled for two decades before he was overthrown, to be elected with a majority of the popular vote. Morning Consult surveys show Filipinos largely approve of the performance of the younger Marcos after his first week in the Malacañang Palace. 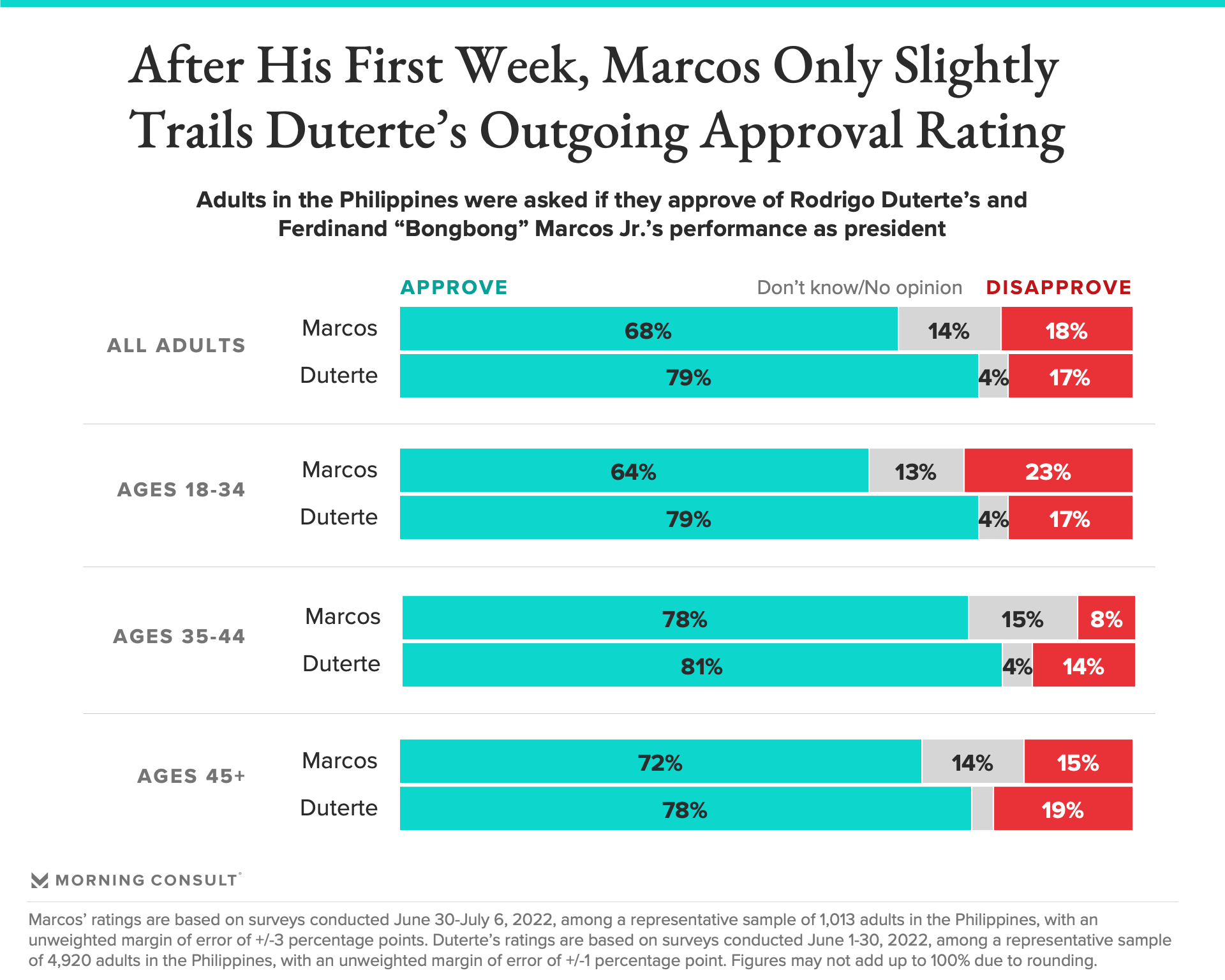 What Filipinos think about Bongbong Marcos

The return of the Marcos family

Running alongside Duterte’s daughter, Sara, as his vice presidential candidate, Marcos Jr. won the May 9 presidential election with 58.74% of the popular vote, more than double the share won by second-place candidate Leni Robredo (27.99%) and even leaving former boxing sensation Manny “Pacman” Pacquiao (6.85%) in his wake.

The path to power was cleared months ago after Sara Duterte decided against challenging the Marcos family scion to replace her father after his six-year term ended, and instead chose to form an alliance to campaign for the separate vice presidential election, which she eventually won with an even stronger 61.29% of the vote.

Still, Marcos’ victory was a testament to the success of a calculated social media campaign to whitewash memories of his father’s corrupt and brutal rule, which ended with his escape from the country and the restoration of democracy in the Philippines in 1986. Under Marcos Sr., martial law was imposed from 1972 to 1981, leading to tens of thousands of people being tortured, arrested, disappeared or killed, according to Amnesty International.

After he was driven from office, estimates put Marcos’ pillaging of the state at nearly $10 billion, prompting the creation of a special government body that continues to investigate, reclaim and auction the riches held by the former president and his wife, Imelda, which included jewels, precious stones, gold coins, designer clothing and shoes, and a “lost” Picasso painting.

Some now worry that Bongbong will use his power — and popularity — to end the hunt for his family’s ill-gotten wealth and give his 93-year-old mother a rest. Perhaps only a Duterte could stop that — and given their newfound family alliance, even that now seems unlikely: “About the stolen money, until now, they have found nothing,” the outgoing president said in May.