Baseball Fans Are Open to the Idea of Robot Umpires

Half of MLB fans say they support an automated ball and strike system that relays calls to a human umpire, according to new survey 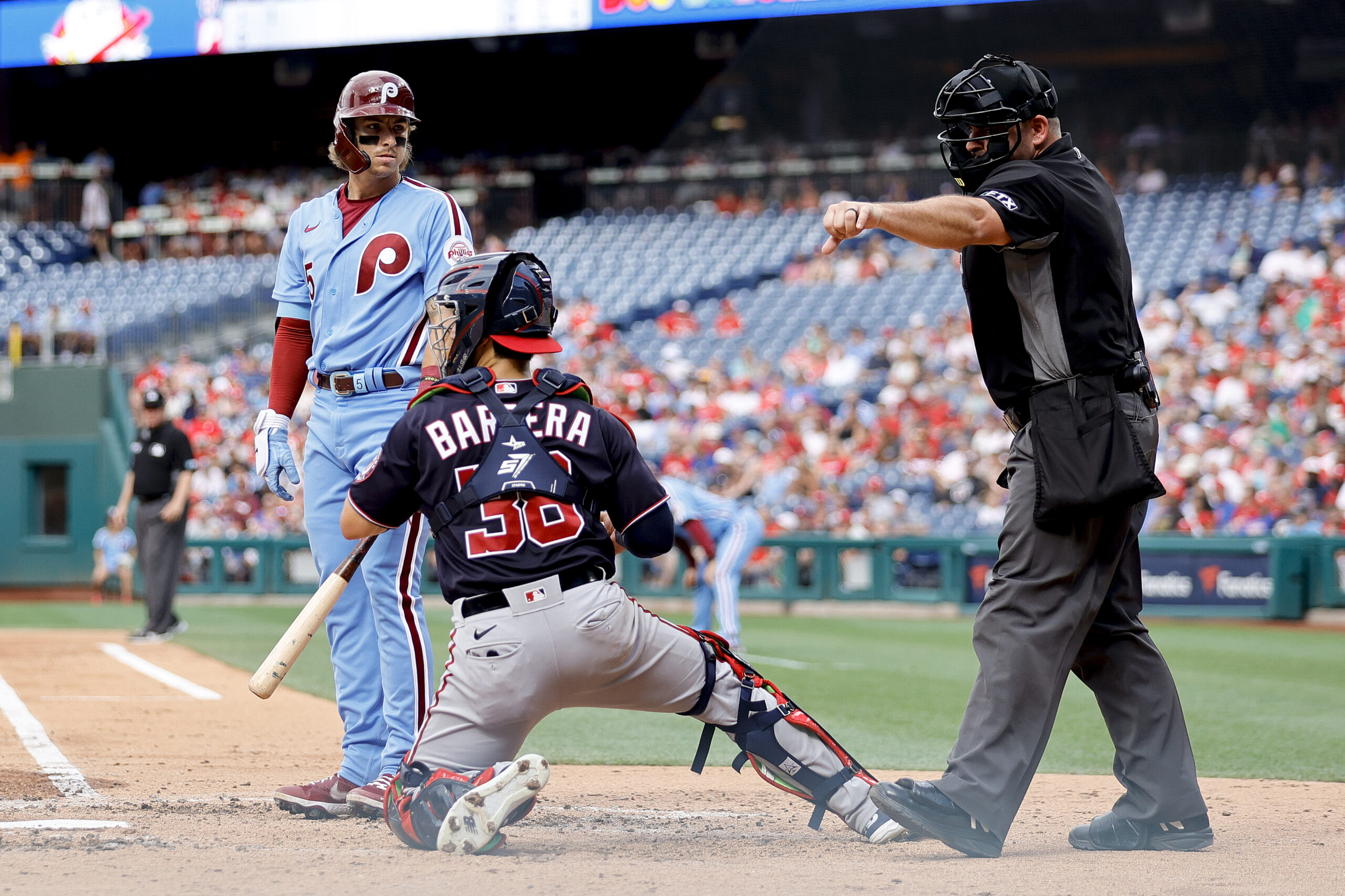 Bryson Stott of the Philadelphia Phillies reacts after being called out on strikes by umpire Jeremy Riggs on July 7 in Philadelphia. Forty-eight percent of MLB fans said they support the implementation of an automated ball and strike system, also known as “robo umps,” beginning in 2024, an idea floated recently by MLB Commissioner Rob Manfred. (Tim Nwachukwu/Getty Images)
By Mark J. Burns

MLB fans, it may be time to welcome your robot overlords.

Baseball is known for its long-standing traditions, unwritten rules about players’ on-field conduct and a fan base that skews older compared to other major U.S. professional sports. A new Morning Consult survey, however, found that MLB fans are gradually entering the modern era and accepting likely changes to the sport.

A plurality of self-identified MLB fans (48%) said they support the implementation of an automated ball and strike system, also known as “robo umps,” for MLB’s 2024 season. Thirty-six percent of fans said they do not support such a system, which Commissioner Rob Manfred floated as a possibility in a wide-ranging ESPN interview last month.

Nearly Half of MLB Fans Support the Use of Robot Umpires

MLB fans were asked if they support or oppose the following replay technologies under consideration by MLB:

The future of baseball

An automated ball and strike system was introduced in the minor leagues last year, cutting the average length of games by nine additional minutes, per MLB. Despite only about 1 in 3 MLB fans (32%) saying they have seen, read or heard about its use, there’s already a baseline of support among MLB fans.

That support, combined with reports that Manfred is already looking to implement the technology in the big leagues in 2024, suggests that baseball fans would be wise to ready themselves for a world in which computers, at least in part, are the arbiter of balls and strikes.