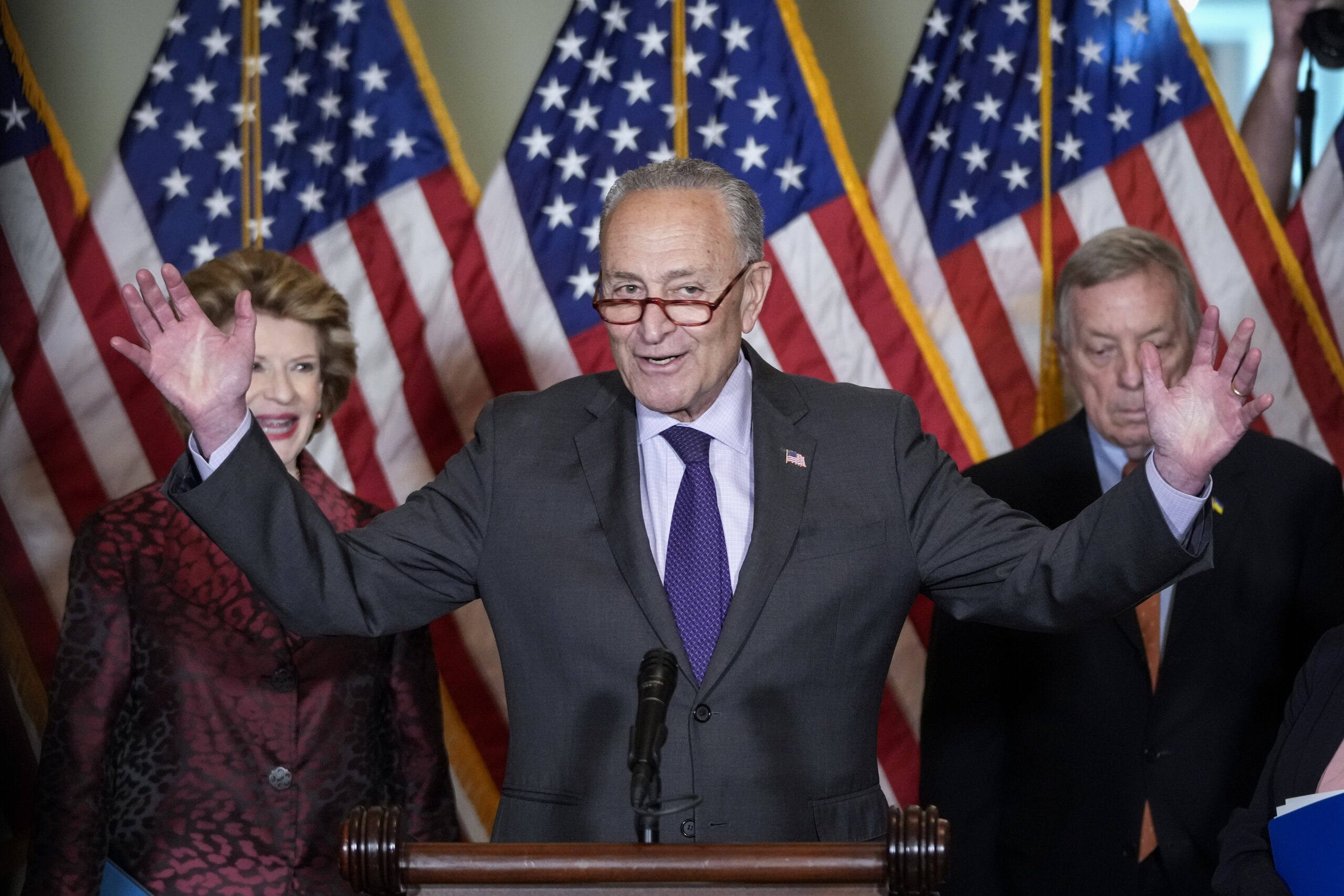 As Senate Majority Leader Chuck Schumer (D-N.Y.) works to reach an agreement within his caucus on a reconciliation package that would advance a number of President Joe Biden’s stalled priorities ahead of the midterm elections, some key policy planks that Democrats are said to have already approved are very popular with voters, according to a new Morning Consult/Politico survey. 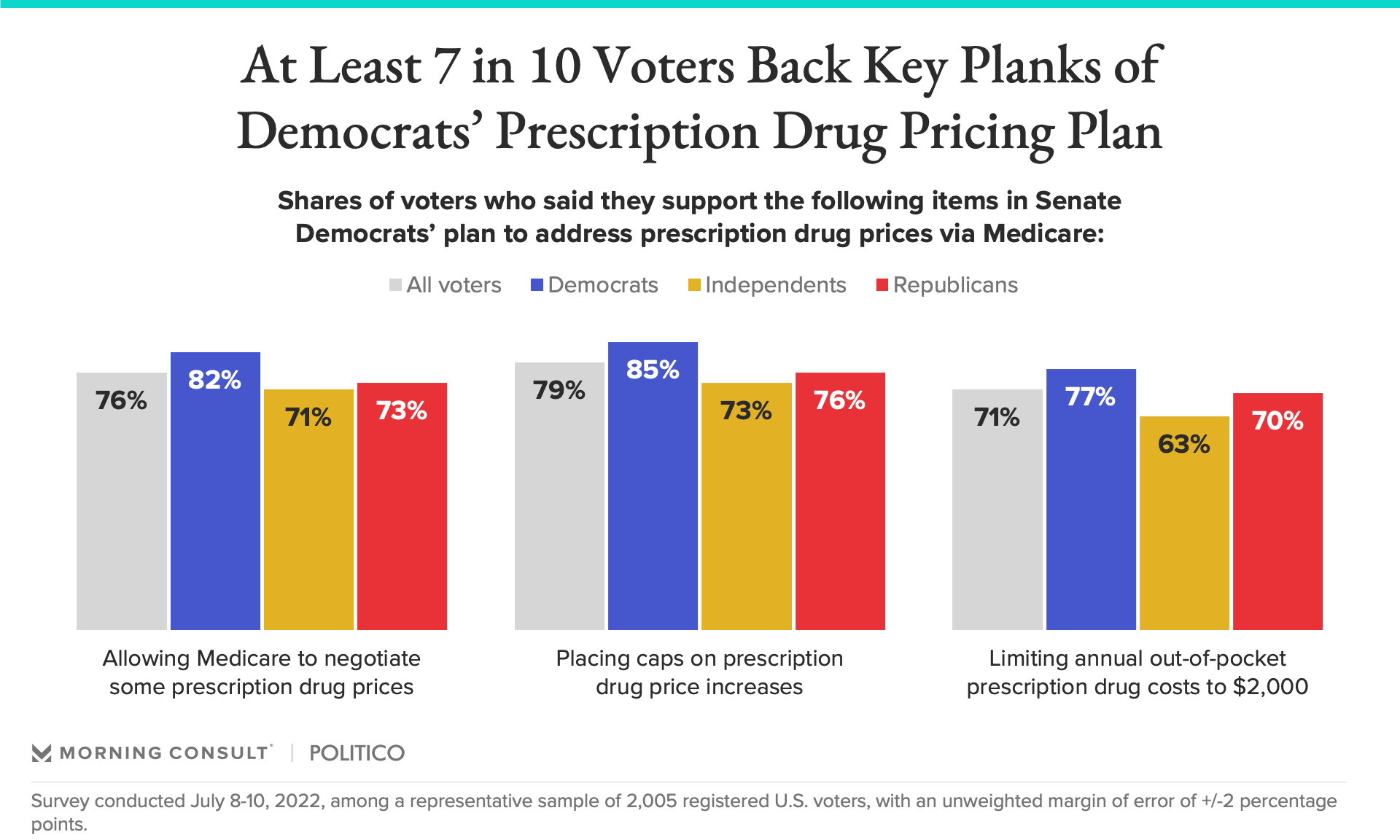 What voters think about the Democrats’ drug pricing plan 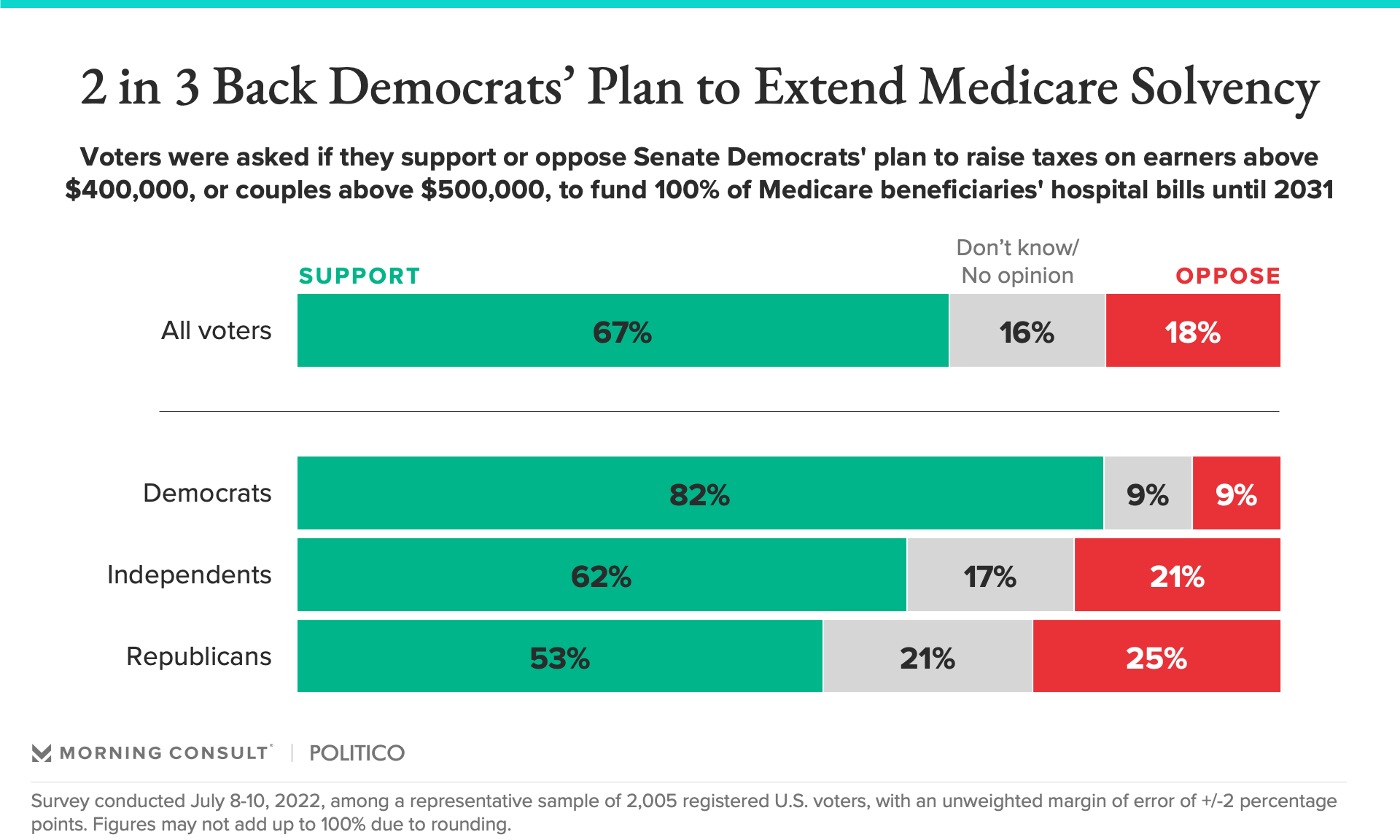 Ahead of November, Democrats need all the help they can get

Since taking full control of Congress and the White House in the 2020 elections, Democrats have seen the political environment worsen to such an extent that Biden’s approval rating is now plainly worse than Donald Trump’s was at a similar point in 2018.

While the White House may lament that there is little it can do to address inflation — the most important problem facing voters, according to recent surveys — much of the decline in sentiment toward Biden, especially among his base, can be traced back to the dissolution of the party’s “Build Back Better” agenda in late 2021.

While enacting popular legislation does not ensure success in elections, it’s easier in general to influence supporters than opponents.

Given internal misgivings about Democrats’ accomplishments over the past 18 months or so, figuring out how to deliver more on initial campaign promises looks to be Democrats’ shortest route to improving their electoral prospects ahead of the coming midterm elections — especially when some of those priorities draw substantial support from the broader electorate.

The latest Morning Consult/Politico survey was conducted July 8-10, 2022, among a representative sample of 2,005 registered U.S. voters, with an unweighted margin of error of plus or minus 2 percentage points.