Are We in a Recession? 2 in 3 Voters Say Yes

Nearly 4 in 5 Republicans think the U.S. is currently in a recession, up from about 2 in 5 two years ago during an actual recession 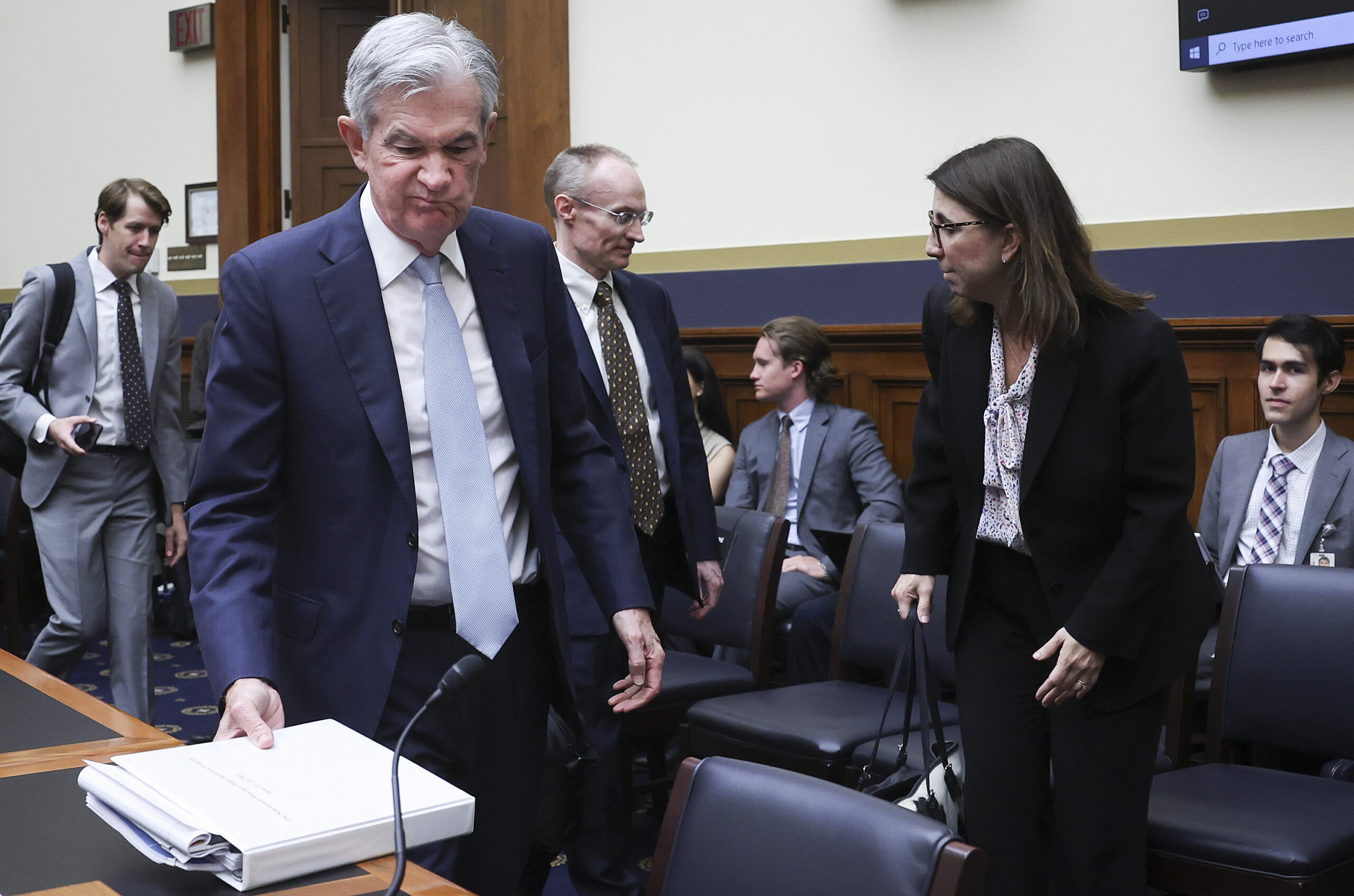 Federal Reserve Chair Jerome Powell arrives for testimony before the House Financial Services Committee June 23, 2022, in Washington, D.C. A Morning Consult/Politico survey found that 65% of voters think the United States is currently in a recession. In a March 2020 survey, 51% of voters thought the country was in a recession. (Win McNamee/Getty Images)
By Amanda Jacobson Snyder

The early months of the COVID-19 pandemic saw a stock market crash, an unprecedented surge in layoffs and what turned out to be a full-blown, two-month recession. More than two years later, a sizzling labor market has been overshadowed by inflation, and an even greater share of voters now believe the U.S. economy is currently in a recession, a new Morning Consult/Politico survey found. 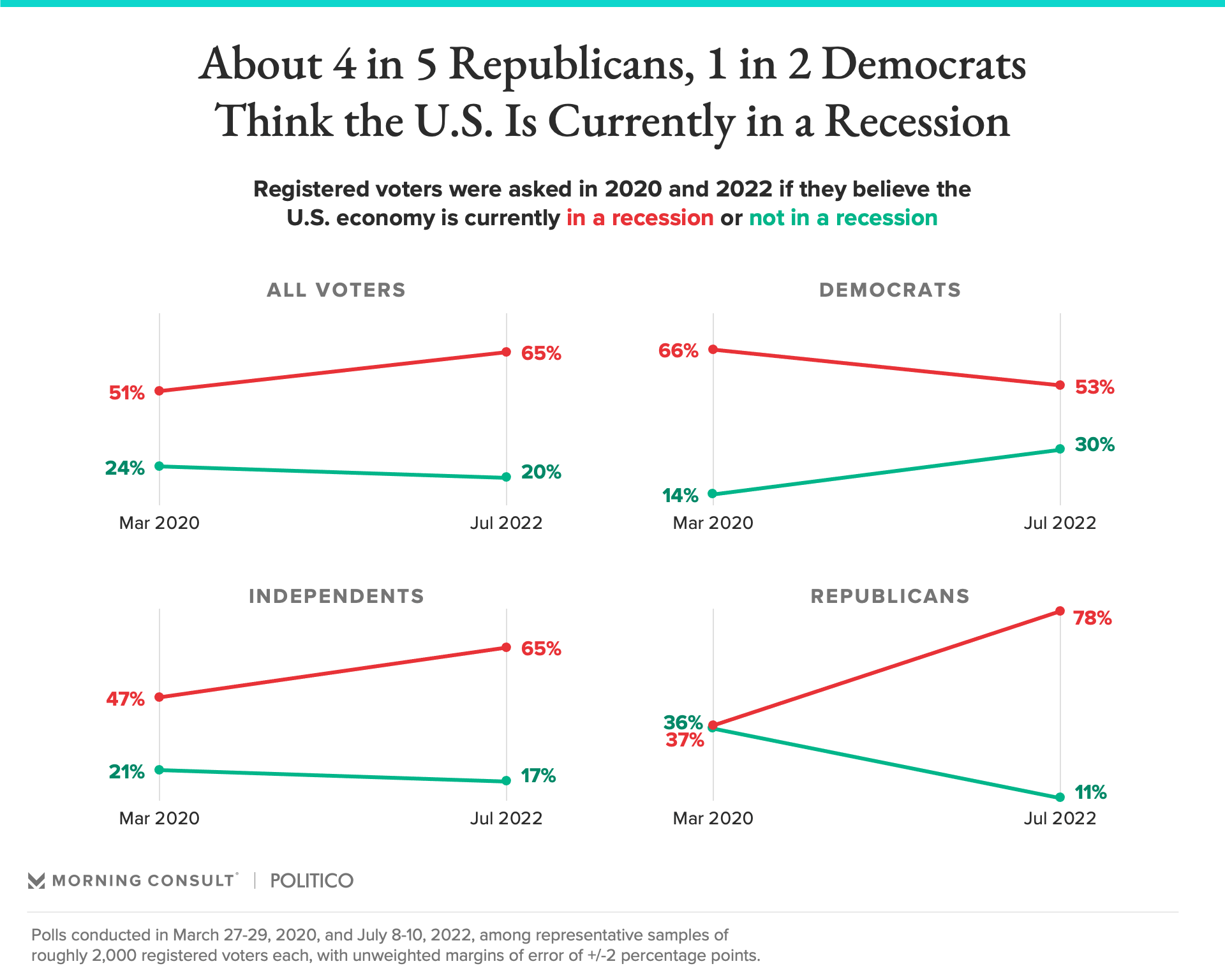 More Americans believe the U.S. is in a recession compared to two years ago

Economists warn of “self-fulfilling prophecy” of a recession

Historically low unemployment rates and healthy corporate profits haven’t been able to get Americans to kick the idea of a lagging economy. Reports of a shrinking gross domestic product — and, perhaps more importantly to voters, a scorching increase in the cost of goods — have plagued the economy in recent weeks. Big retailers are also waving warning flags about the rising value of the U.S. dollar, a threat to the sales of American goods.

Some regulators and economists have expressed concerns that recession perceptions may foster the necessary conditions to evoke a slowdown. Robert Shiller last week put the odds of a recession at 50%, but the famed Nobel laureate economist also said he believes it may become a “self-fulfilling prophecy.” Commerce Secretary Gina Raimondo recently touted the strength of the U.S. economy but warned that the public should not “be talking ourselves into a recession.”

All eyes are on the release of the next Consumer Price Index figures on Wednesday, as well as on the Federal Reserve’s actions at its July meeting. The central bank faces a decision between voting for a less aggressive rate hike, which could ease fears about rising rates actually causing an economic slowdown, or whether it should try to rein in consumers’ psychology and “break the inflation mentality” with another 75-basis-point interest rate increase.

The March 27-29, 2020 survey, and the July 8-10, 2022, survey were each conducted among a representative sample of approximately 2,000 registered voters, with an unweighted margin of error of plus or minus 2 percentage points.