About 7 in 10 voters are against absolutist abortion bans, travel restrictions and criminalizing those who seek abortion care 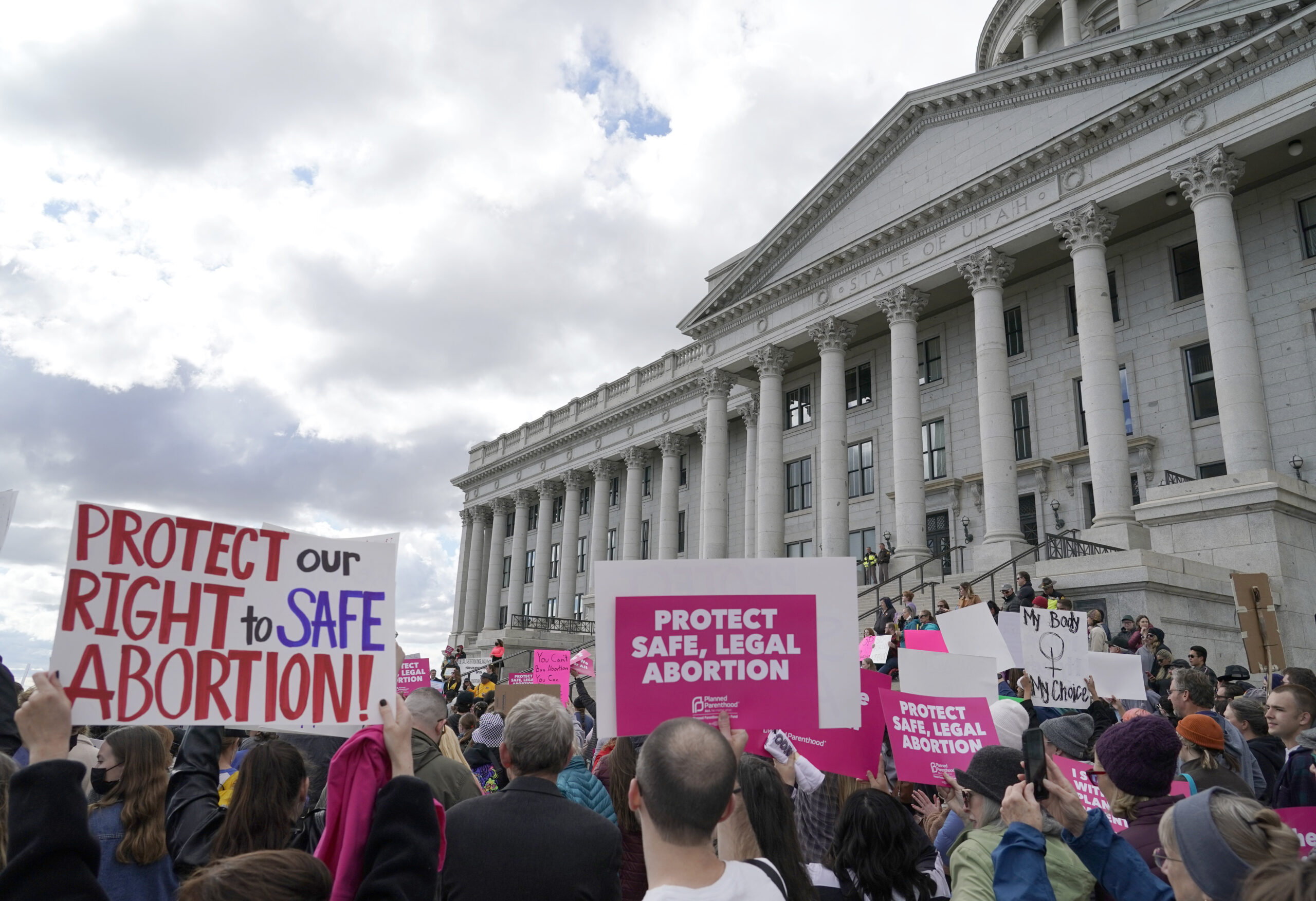 People gather at the state Capitol to rally in support of abortion rights on May 3, 2022, in Salt Lake City, Utah. A new Morning Consult/Politico survey finds that majorities of registered voters are opposed to nearly all state-level initiatives that restrict or criminalize abortion. (George Frey/Getty Images)
By Matt Bracken

The Supreme Court’s ruling last month to overturn Roe v. Wade triggered dozens of state-level abortion bans, along with a fresh set of legal challenges as various governors and legislatures push further to restrict abortion care. A new Morning Consult/Politico survey finds that most voters are opposed to almost a dozen state-level initiatives that curb or criminalize the procedure, suggesting the risk of an electoral backlash for the GOP in November’s midterm elections. 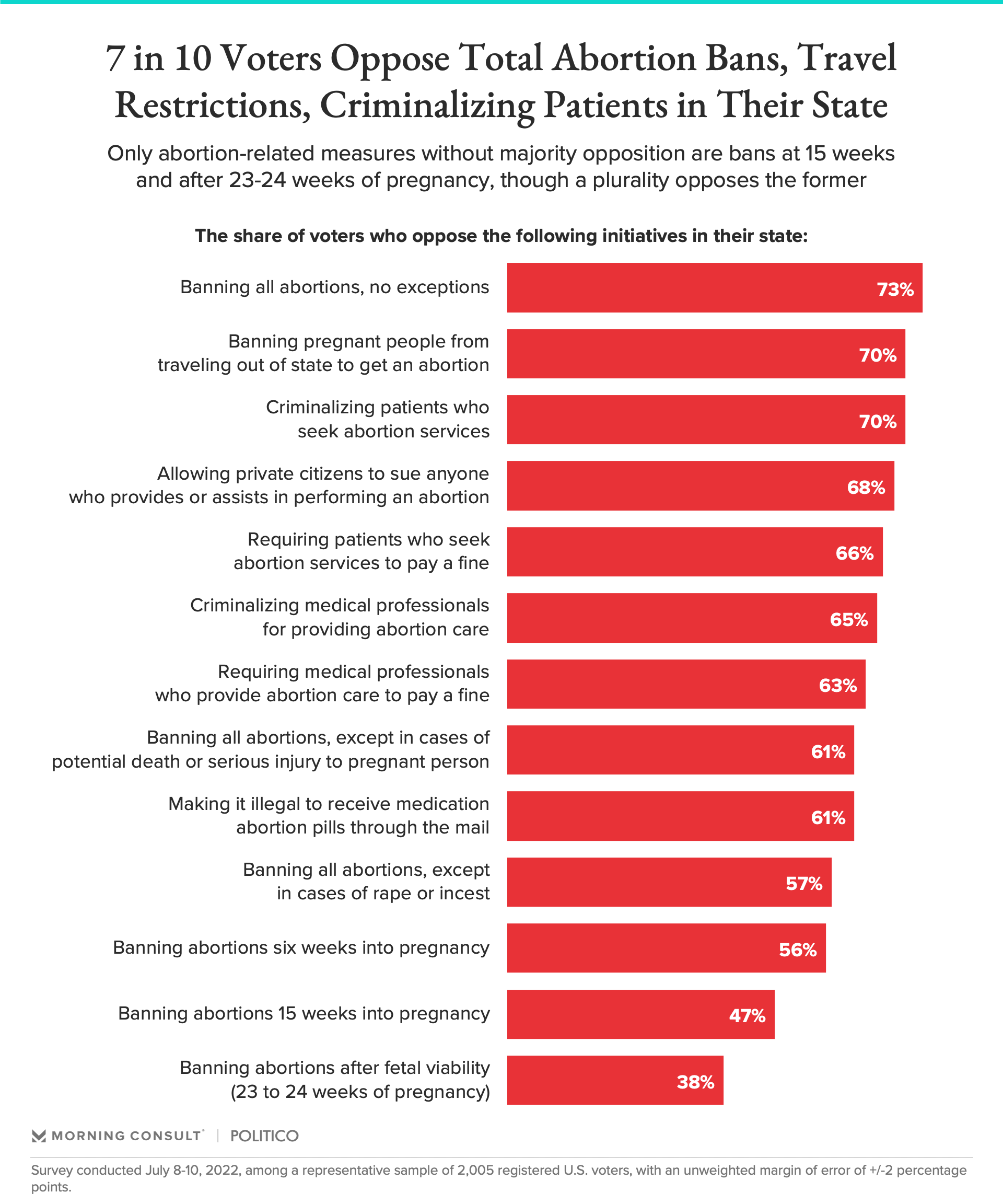 All but two abortion-related state measures opposed by most voters 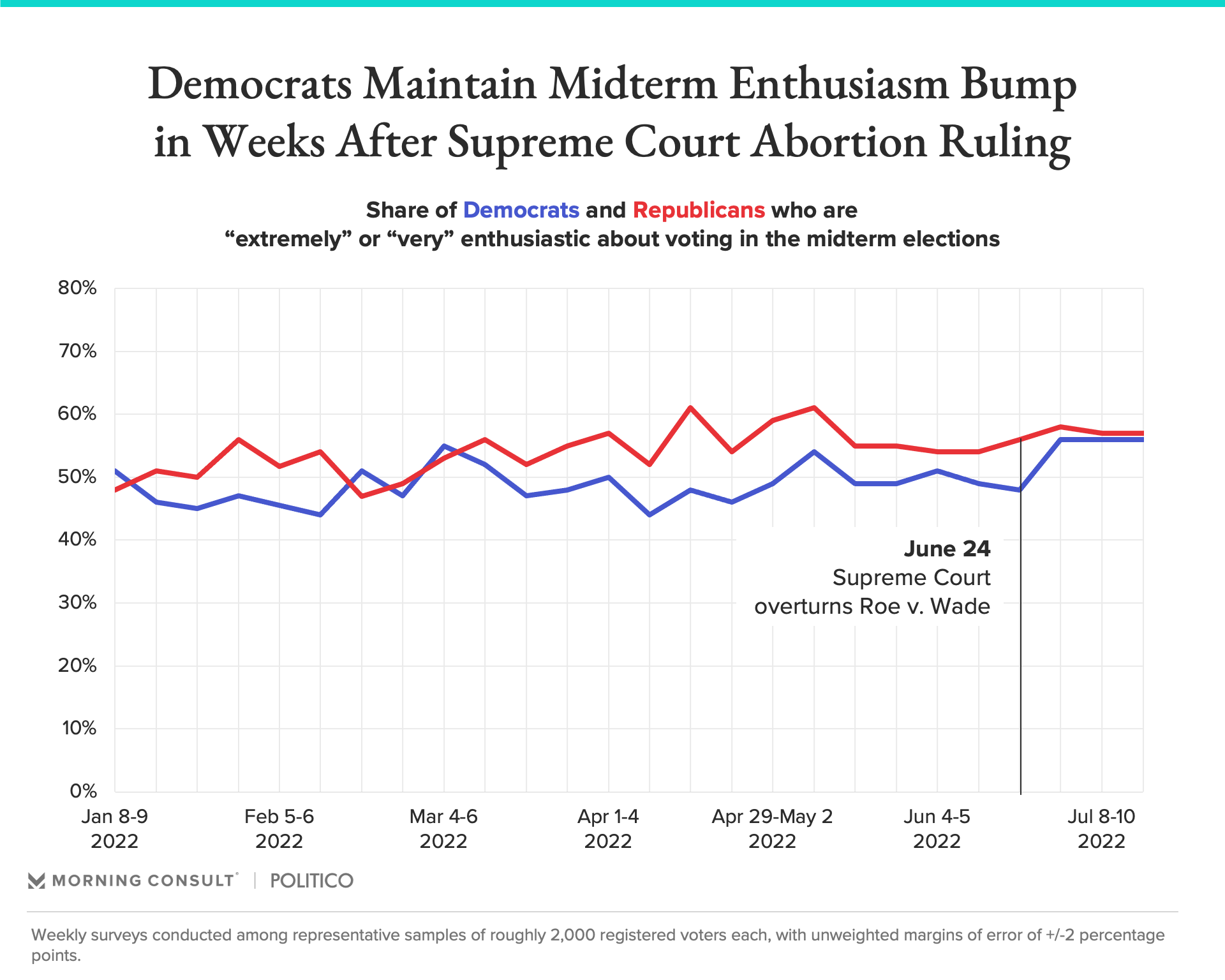 After what some viewed as a listless initial response to the high court’s ruling, Biden ratcheted up his rhetoric on abortion rights last week in announcing the executive action. He and other leading Democrats have consistently called on the electorate to voice its displeasure at the ballot box — a call Democratic voters appear to have heeded.

Per the Morning Consult/Politico survey, 56% of Democrats said they’re “extremely” or “very” enthusiastic to vote in the midterm elections. That share has held steady following an 8-percentage-point jump in the aftermath of the Roe ruling, and Democrats are now favored by 4 points over Republicans in the generic ballot. In the three weeks leading up to the decision, Democrats led Republicans by an average of 1.3 percentage points.

The survey also shows a rise in Democratic voters’ prioritization of women’s issues such as birth control, abortion and equal pay. When asked to think about their top set of issues when voting for federal office, 24% of Democrats said women’s issues ranked highest, representing a 7-point bump since before the Supreme Court ruling and trailing only economic issues (28%) in the new survey.

On the Supreme Court decision itself, 55% of voters now disapprove of the ruling, a 5-point increase from late June, while 35% of voters back the decision, a 5-point decline over the same period. Four in 5 Democrats and 53% of independents are opposed to the high court’s opinion, compared with 62% of GOP voters who support it.

The July 8-10, 2022, survey was conducted among a representative sample of 2,005 registered voters, with an unweighted margin of error of +/- 2 percentage points.

Related: More Than Half of U.S. Abortions Are Done With Pills. Americans Don’t Know Much About Them
2022 Elections Abortion Public Health