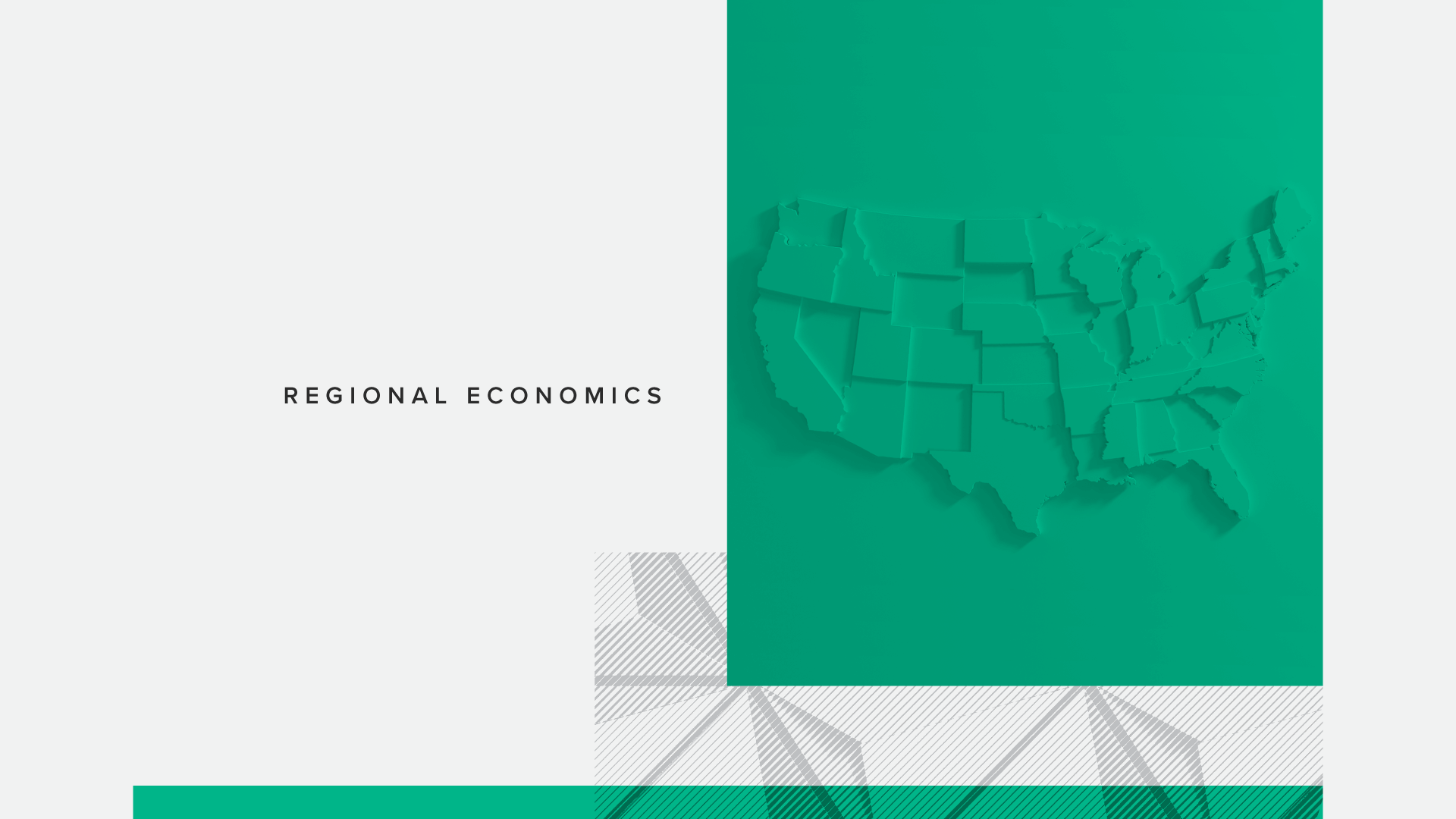 Forty-year-high inflation is weighing heavily on consumer sentiment across the United States and will likely be a drag on retail sales growth in the second half of the year. While unemployment has fallen to near pre-pandemic levels and the labor market overall is historically tight, consumers remain downbeat. By assessing Morning Consult’s state-level consumer confidence data, we can relate how variation in inflation and employment outcomes across the country is likely to impact the mood of U.S. consumers and the state of retail spending.

First, we examine the drivers of regional variation in Morning Consult’s Index of Consumer Sentiment via a linear regression framework comparing regional changes in the ICS with inflation and unemployment. The analysis focuses on regional data, as monthly state-level inflation data is unavailable.

The regression controls for “fixed effects,” or omitted factors within each census division — geographic location and wealth, for example — that do not vary over time but contribute to permanent differences in sentiment. It also weights observations from each census division according to its resident population in order to ensure that we accurately capture the national average. 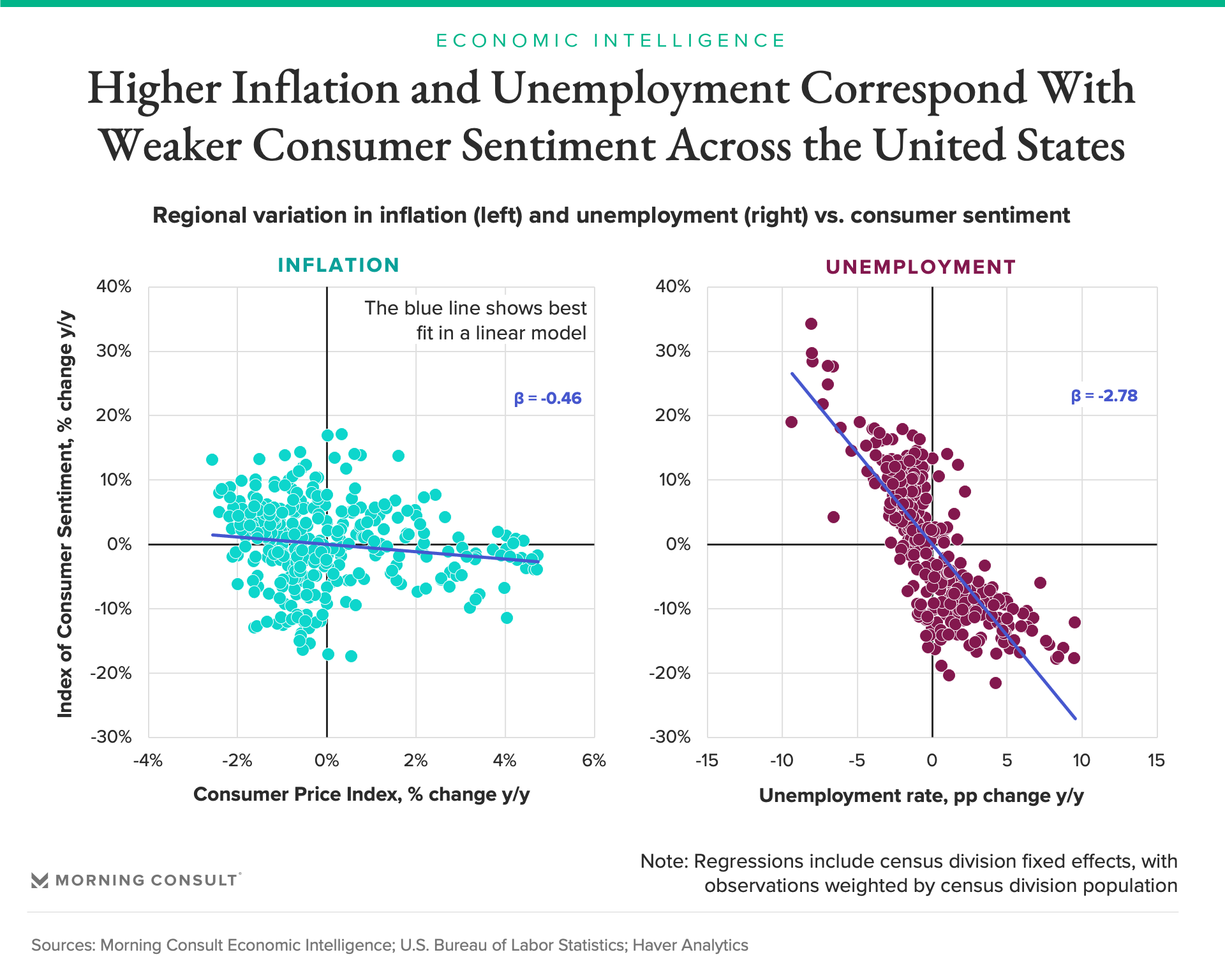 Inflation — and whether one’s wages are able to keep up with it — are top of mind for consumers across the United States. However, some parts of the country are getting hit harder than others. In May, there was a 2.6 percentage point gap in the pace of price growth between the highest (West South Central: 9.9%) and lowest (Middle Atlantic: 7.3%) regions of the United States. Inflation in all nine regions was well above the January 2020 high of 3.8% in the Mountain region. Our regression suggests that, if this regional gap persists throughout 2022, it will equate to a larger drag on sentiment in the sparsely populated Mountain region than on the more urban Middle Atlantic.

Similarly, there remains a sizable gap in employment outcomes across regions in the wake of the COVID-19 pandemic, as shown by standard deviations in regional unemployment rates. Our regression suggests that, all else held constant, continued variation in the labor market recovery is likely to reinforce the differences in consumer sentiment that we see across U.S. regions. 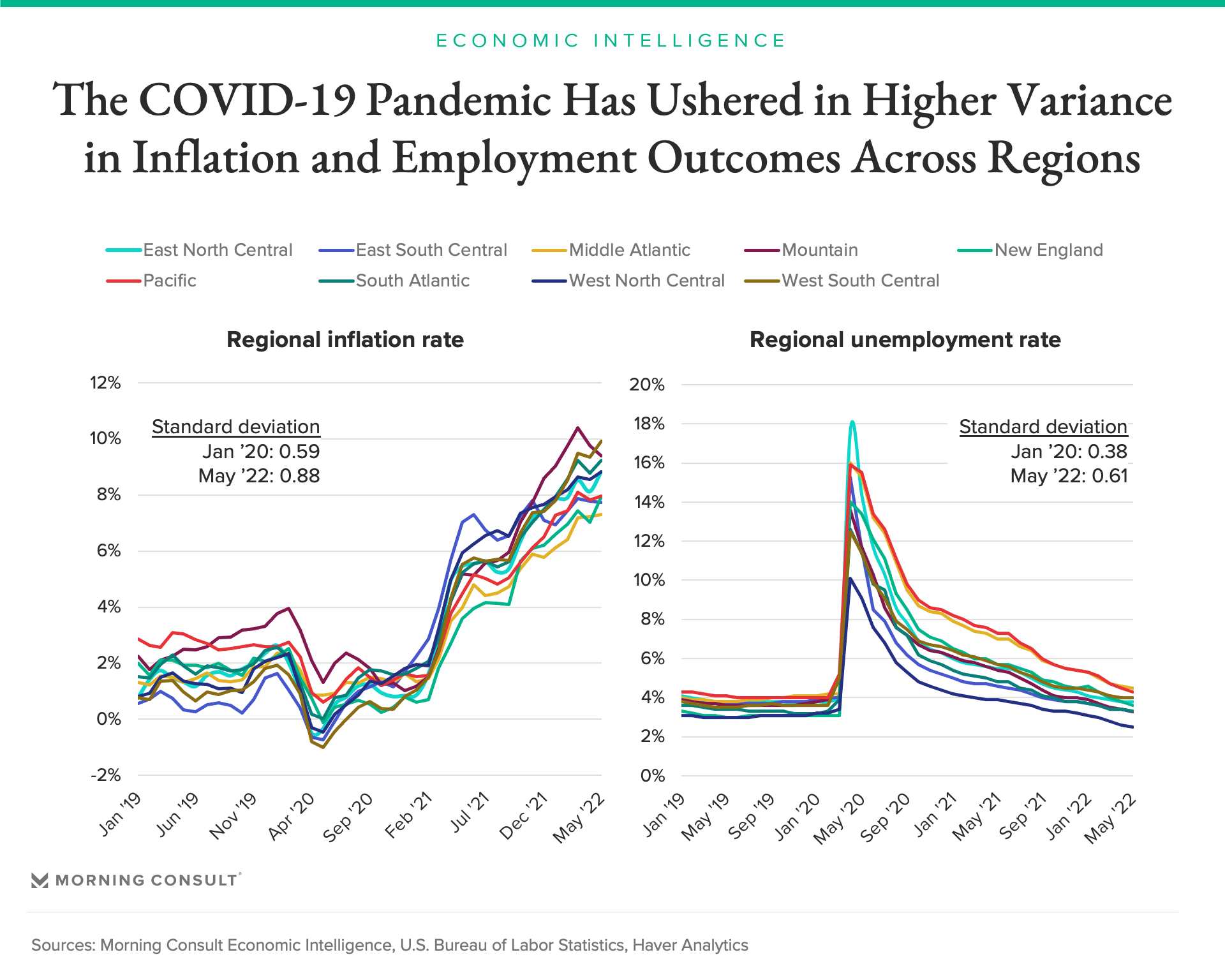 Next, we examine how changes in the ICS can impact consumer spending by looking at the relationship between state-level variation in the ICS and monthly retail sales. Through various channels — the diffusion of news and uncertainty, a reflection of economic fundamentals, and animal spirits — consumer sentiment has been shown to influence consumer spending.

Across the 50 states, there are sizable disparities in both consumer sentiment and retail sales. Looking at March 2022, the latest month for which U.S. Census Bureau data is available, the year-over-year change in retail sales varied from an increase of 12.5% in Vermont to just 1.7% in Pennsylvania. Likewise, the year-over-year ICS change ranged from an increase of 1.4% in Hawaii to a decline of 25.0% in South Dakota.

Both retail sales and sentiment data are impacted by numerous other factors. Thus, in order to better understand the relationship between consumer sentiment and retail sales, it is necessary to control for other influencing elements. After controlling for inflation, labor market outcomes and state fixed effects in a linear regression relating retail sales to consumer sentiment, we find that a 1 percentage point year-over-year increase in Morning Consult’s Index of Consumer Sentiment correlates on average across the 50 states with a 0.4 percentage point increase in year-over-year retail sales growth.

The charts below demonstrate the relationship between four variables — unemployment, hours worked, inflation and consumer sentiment — and retail sales, when controlling for state-level fixed effects. 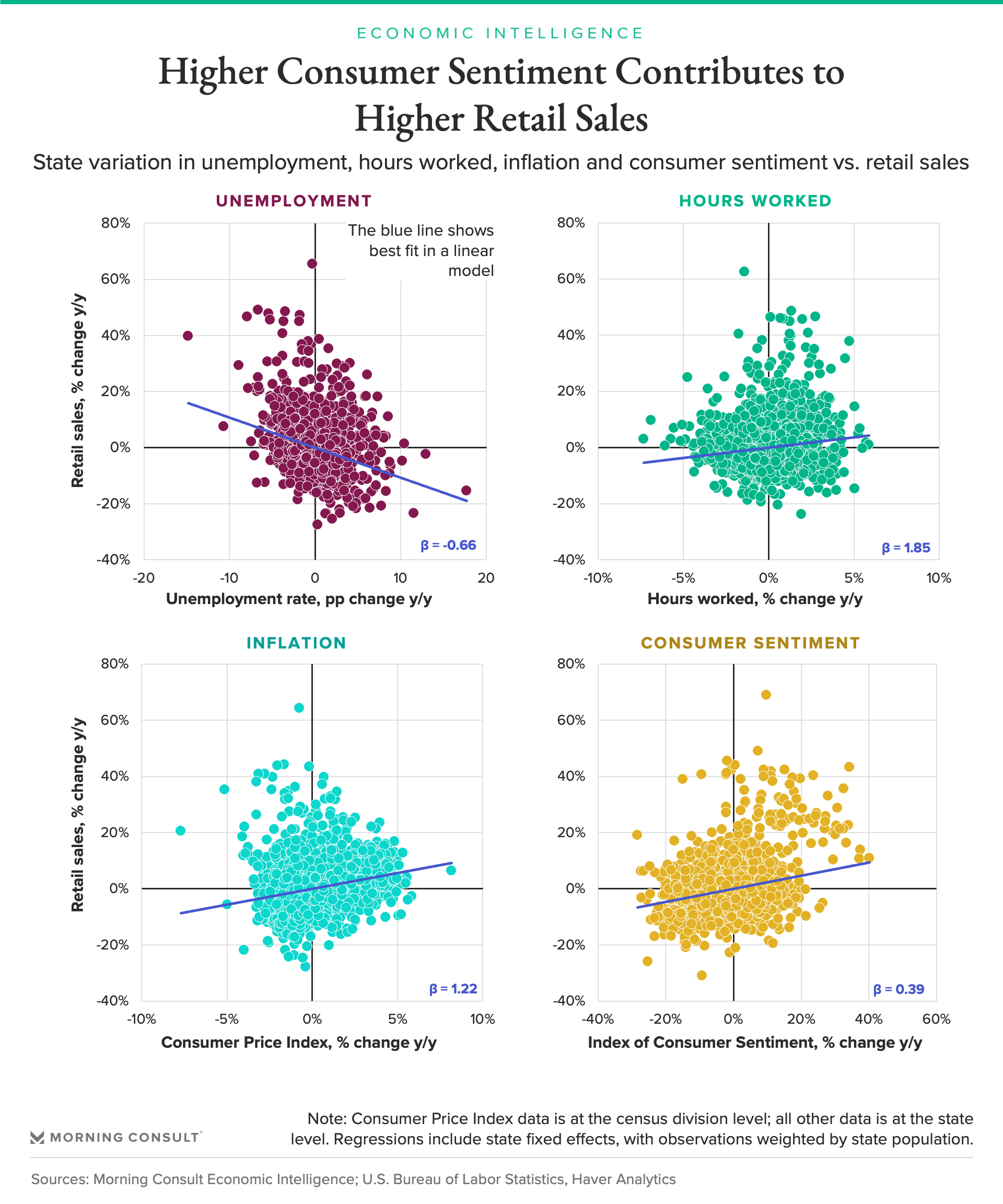 Considering the impact that variation in consumer sentiment can have on retail sales according to the regression results above, the current, sizable gap in state-level confidence is especially noteworthy. While consumer sentiment is weaker in all 50 states relative to pre-pandemic levels, there is a large degree of divergence between the states with the most and least downtrodden consumers. In May, California’s ICS was down 19.4% relative to January 2020, while Montana’s was a whopping 48.9% lower than its pre-pandemic level.

In the first half of 2022, consumer sentiment across the United States weakened considerably. And while there are many factors impacting spending as noted above, with all else held constant, weaker sentiment equates to weaker retail sales. Thus, the magnitude of these divergences in sentiment at the state level will likely bring sizable differences in their negative impacts on retail spending. For instance, the Index of Consumer Sentiment for Alaska, Wyoming and Montana fell 20.0%, 18.4% and 18.0%, respectively, from January to May. Meanwhile, the ICS in New Mexico and Hawaii declined only 0.6% and 2.6%, respectively, suggesting these states may outperform the others in retail spending.

With headwinds for consumers mounting across the United States, it will be critical for businesses to recognize that not all areas of the country are being impacted equally. Higher rates of inflation and weaker employment outcomes will pass through to confidence and retail sales, with Morning Consult’s high-frequency sentiment data revealing retail’s winners and losers at the state level.