While the president is deeply unpopular, most Democratic incumbent governors are not 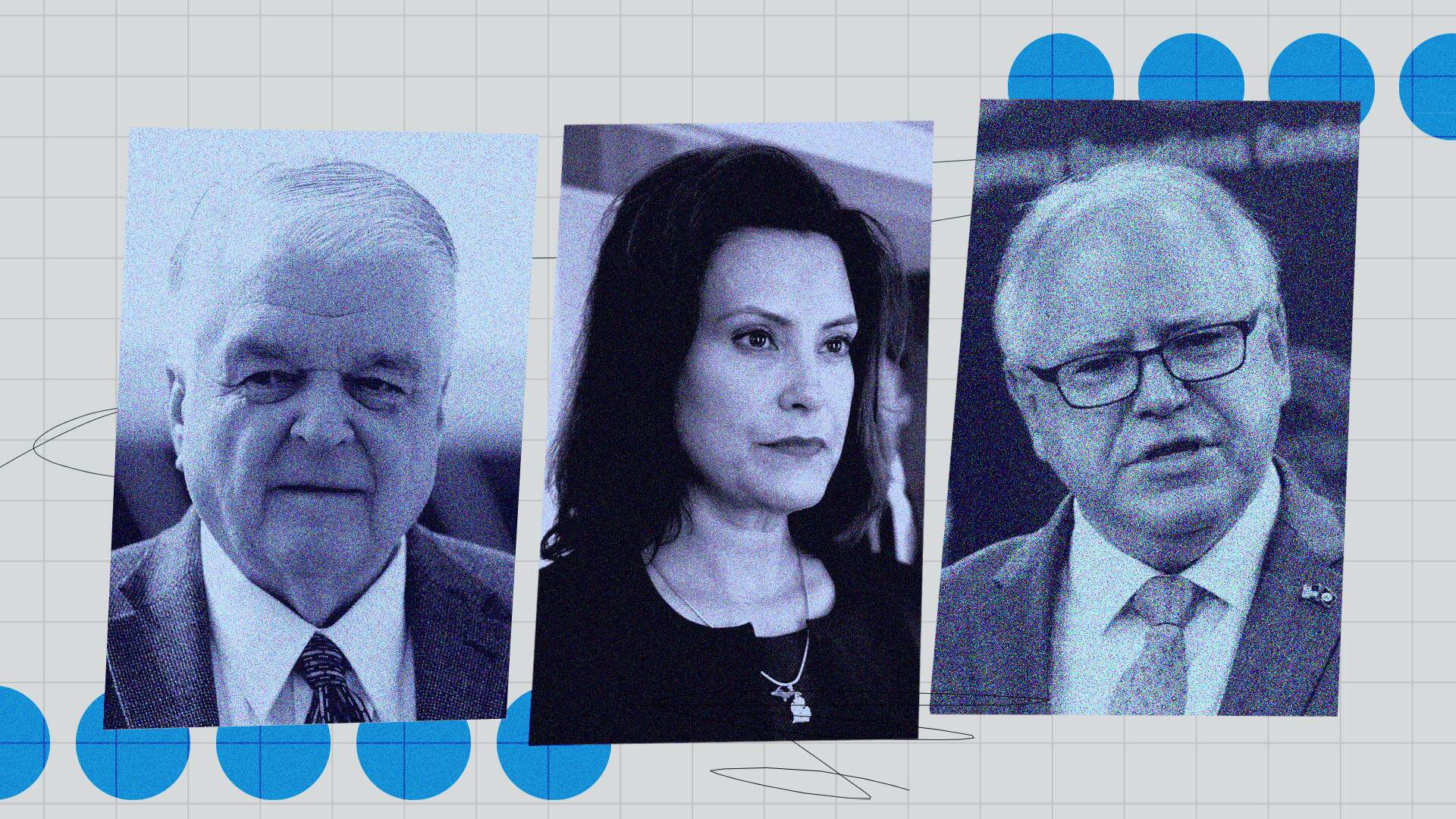 While most Democratic governors facing competitive re-election bids have seen their popularity decline since President Joe Biden took office, Morning Consult Political Intelligence surveys show most of this movement is marginal, and all of these incumbents remain more popular in their states than the beleaguered commander-in-chief.

Quarterly net approval* ratings of President Joe Biden and the following Democratic governors among registered voters in each state: 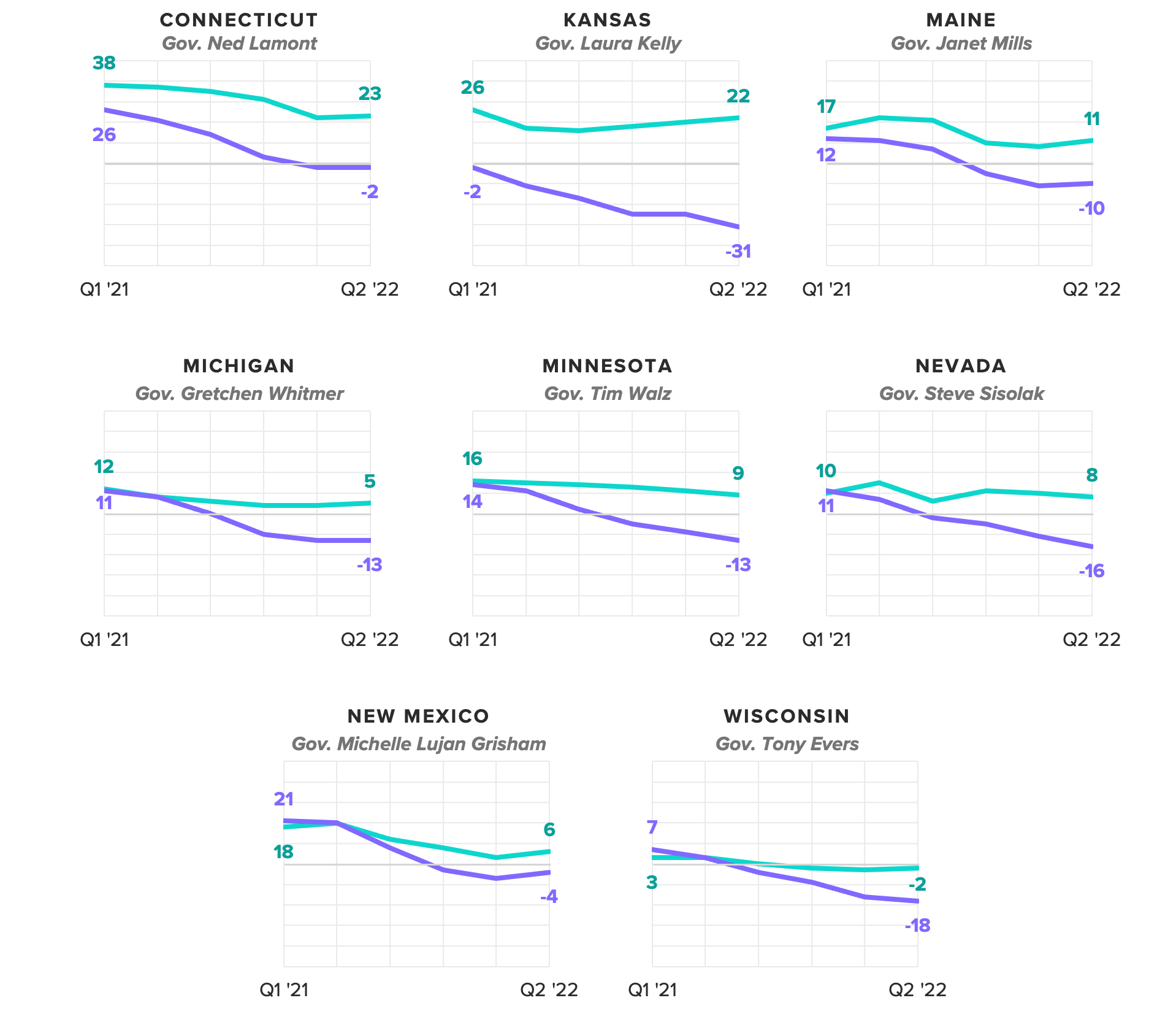 *Net approval is the share of voters who approve minus the share who disapprove.
Responses gathered each quarter in 2021 and 2022 among representative samples of at least 1,263 registered voters in each state, with unweighted margins of error of +/-1-3 percentage points.

Few Democratic incumbents up in 2022 are unpopular

The latest surveys, conducted April 1-June 30, 2022, show that — with only a few exceptions — most Democratic governors have been able to float above their party’s deteriorating political environment.

In Michigan and Nevada, for example, half of voters approve of the jobs Govs. Gretchen Whitmer and Steve Sisolak are doing as they face tossup contests this fall, even though more disapprove of Biden.

That dynamic is especially true for Gov. Jared Polis (D-Colo.), whose 57% approval rating has been remarkably consistent throughout Biden’s tenure despite the president’s 12-point decline, to 45%, since the first quarter of 2021. With slight declines for a handful of other top state executives, the steadiness of Polis’ popularity has propelled him to the list of America’s 10 most popular governors for the first time. 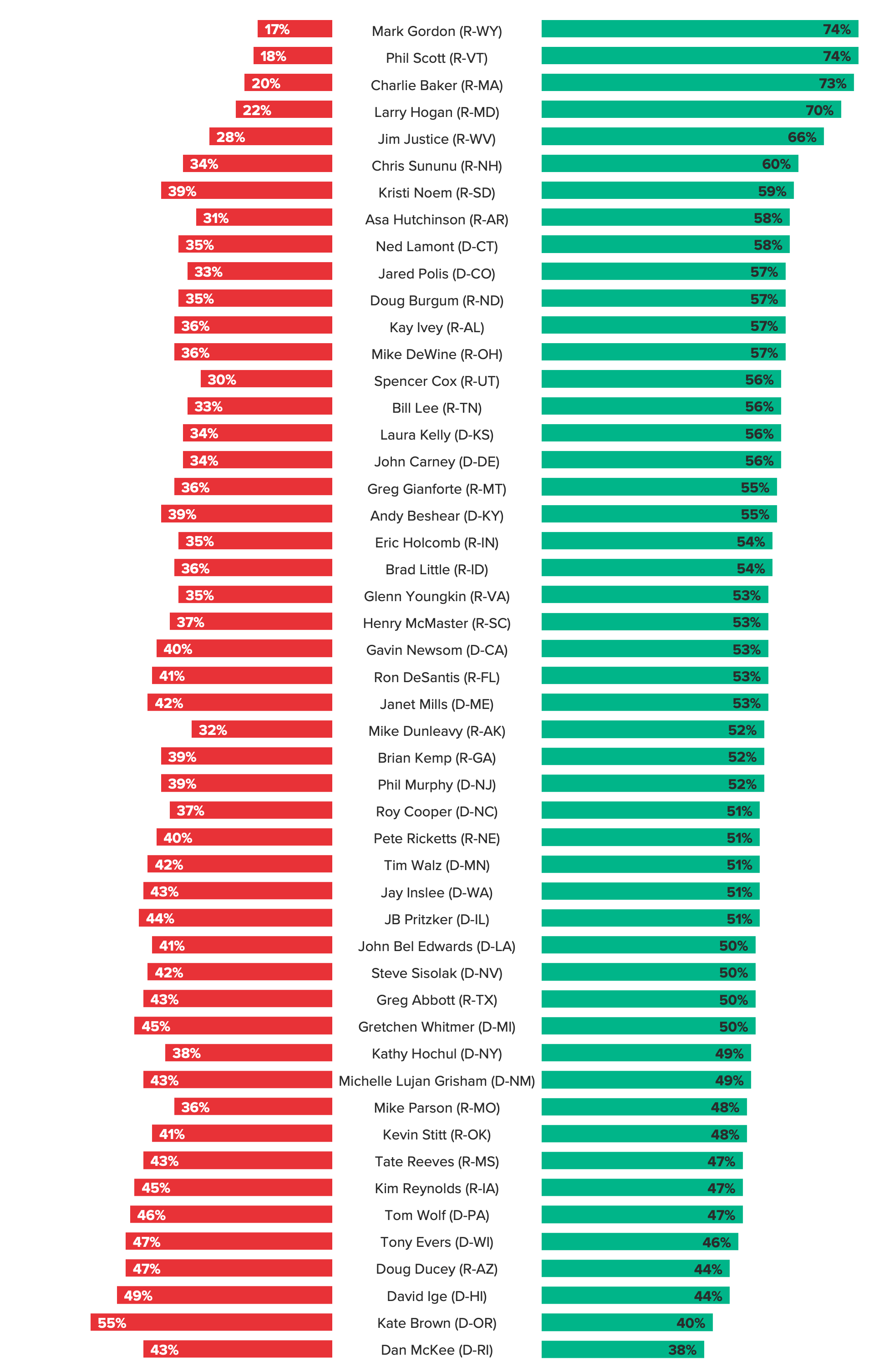 Surveys conducted April 1-June 30, 2022, among a representative sample of at least 431 registered voters in each state, with unweighted margins of error of +/-1-5 percentage points.

Margins of error for responses from all voters in each state range from 1 to 5 points. For more detailed information, you can download the 50-state data set of gubernatorial approval ratings among all voters here.