As Companies Expand Drone Deliveries, Most Consumers Have Trust Issues Over the Idea

57% said they have little or no trust in drones to safely deliver products to homes and businesses, according to a Morning Consult survey 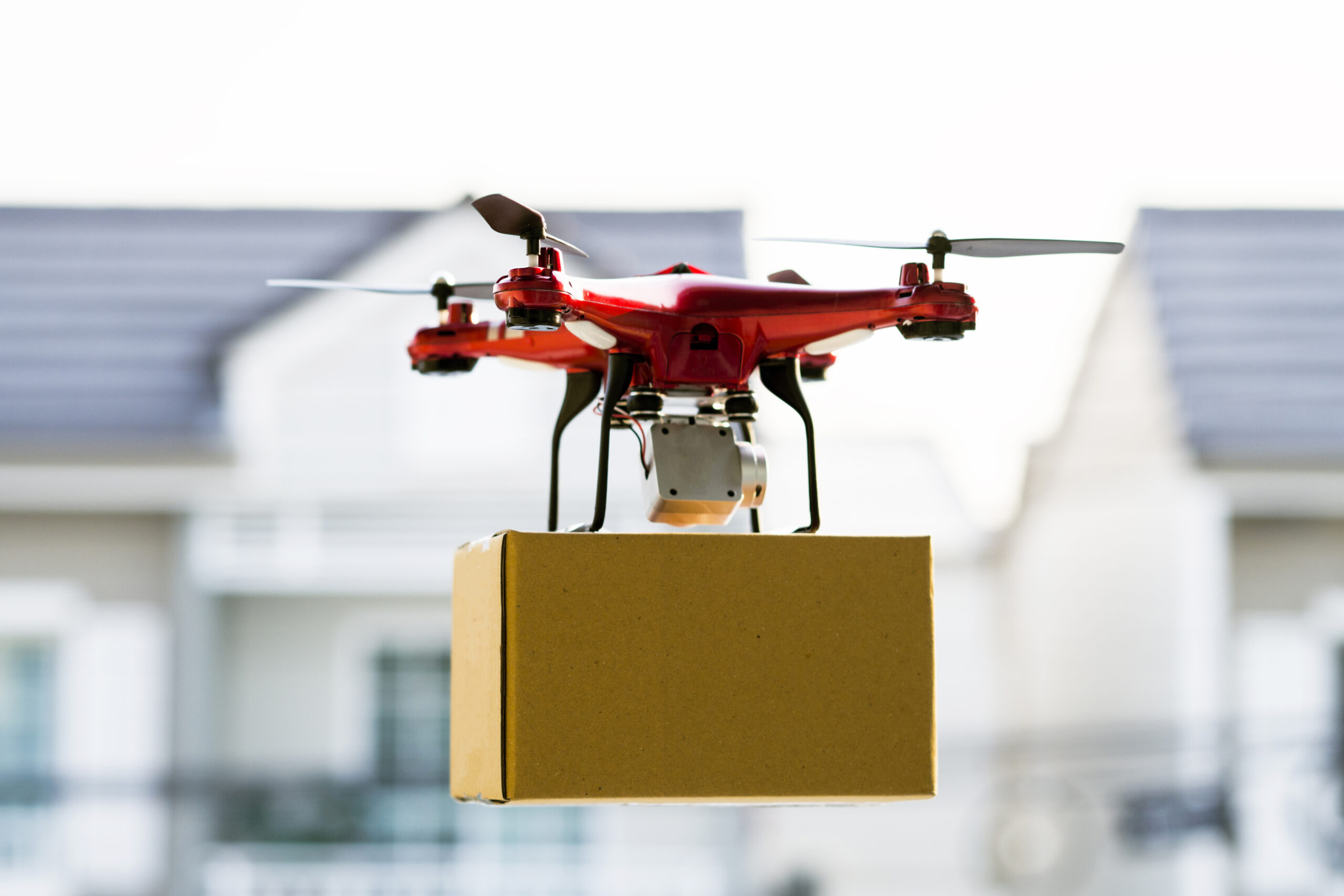 A Morning Consult survey found that 57% of U.S. adults said they had little or no trust in drones to safely deliver products to homes and businesses. (Getty Images)
By Chris Teale

Amazon.com Inc. became the latest company to turn to drones for goods delivery when it announced last month it would soon start delivering products to customers in Lockeford, Calif.

Amazon joined the likes of Walmart Inc. and Google’s drone company Wing in announcing drone delivery service in some areas this year, as companies look to use the skies in new ways to get products to consumers.

But according to a Morning Consult survey, there is still some way to go before the public starts trusting the aircraft to deliver products to homes and businesses. More than half of U.S. adults (57%) said they had little or no trust in the devices for deliveries, compared to 43% who said they had “a lot” or “some” trust. That is in line with the perspectives of some Lockeford residents who were less than enthused about the arrival of drone deliveries in their city.

Over Half of Americans Have Little or No Trust in Drones to Successfully Deliver Products
Just over 2 in 5 U.S. adults said they have “a lot” or “some” trust in drones to deliver to homes and businesses
Survey conducted June 29-30, 2022, among a representative sample of 2,210 U.S. adults, with an unweighted margin of error of +/-2 percentage points. Figures may not add up to 100% due to rounding.

Despite initial public reluctance, drone companies cited figures from last year that found that once people experience drone delivery for themselves, they approve. In a survey of Christiansburg, Va., residents where Wing delivers, researchers at the Virginia Tech Mid-Atlantic Aviation Partnership found that 87% of those who responded said they liked the idea of drone delivery.

Those figures, combined with the opportunity to impact package delivery and use local skies to bring more products to consumers, give those in the sector hope for the future as services ramp up.

“The mailbox has not been disrupted since 1858,” said Dan O’Toole, founder and chief executive at drone package receiving and storage developer DroneDek Corp.

Those surveyed by Morning Consult have a variety of concerns about drone delivery: 4 in 5 adults said they were concerned about the unsuccessful delivery of items by drones, while more than 3 in 5 said they were worried about their personal or data privacy related to using drones for delivery, including deliveries performed by Chinese-made drones.

Concerns about data privacy with regards to Chinese-made drones come as SZ DJI Technology Co. Ltd. has come to dominate the consumer drone market in the United States. DJI spokespeople did not respond to requests for comment.

4 in 5 Adults Concerned About Unsuccessful Drone Deliveries
Majorities were also worried about their personal and data privacy related to drone deliveries, including those performed by Chinese-made drones

Respondents were asked how concerned they were about the following drone-related issues:

Two-thirds of respondents said they were worried about air traffic safety due to drone usage, a complex effort given the increasing pressures on the skies from traditional aviation as well as the potential for other advanced air mobility like flying cars.

Jeffrey Starr, chief marketing officer at counter-drone technology company D-Fend Solutions, said the situation is made more complicated as much of the existing technology and mitigation techniques used to keep airspace safe, like jamming or shooting them down, is not appropriate in peacetime.

“You cannot just take conventional counter-drone technology, legacy technology from the battlefield, which definitely had its role, and which definitely succeeded in many of its missions, and which still has a role to play in a multi-technology layered defense,” he said. “But they have shortcomings or challenges in an urban environment, on the detection and mitigation side.”

The Federal Aviation Administration is the leading agency for ensuring air traffic safety in the United States amid the growth in drones and other aircraft. In an email, a spokesperson said safety is the agency’s “top priority as we integrate drones into the U.S. airspace.”

While companies have tried delivering various goods and products to consumers, just a few types of products have caught the public’s attention so far.

Adults Most Interested in Having Drones Deliver Small Household Goods, Beauty and Hygiene Products
But the public showed little enthusiasm for the majority of product options for drone delivery

Respondents were asked for their interest in having the following items delivered by drone:

And those who live in rural areas, which have long been heralded as one of the best-use cases for drone deliveries, are similarly unenthused with the idea.

Respondents in rural areas were asked for their interest in having the following items delivered by drone:

Survey conducted June 29-30, 2022, among a representative sample of 604 U.S. adults who live in rural areas, with an unweighted margin of error of +/-4 percentage points. Figures may not add up to 100% due to rounding.

Despite relatively muted interest, companies in the drone delivery space remain optimistic that their efforts can make headway in the coming years.

“The future of delivery — everything from vaccine doses to barbecue sauce to diapers — is autonomous, agile, and electric,” Okeoma Moronu, head of aviation regulatory and legal affairs at drone delivery company Zipline International Inc., said in an email. “The technology is ready and already having an impact, and we believe instant logistics will have profound implications on how we consume, where and how we access health care, patterns of mobility, and even climate change.”

When it comes to making sure drones are used safely, adults placed much of the responsibility on companies that use drones, like Amazon or UPS, as well as the drone manufacturers themselves. But at least half of the public also said it is up to federal agencies, Congress and state and local governments to ensure their safety.

Most Adults Place Onus for Drone Safety on Companies That Use, Manufacture Them
Over half of respondents said regulators and state and local governments must play a role

Respondents were asked how responsible the following are for ensuring that drones are used safely:

The White House moved to counter the risks drones pose to national security, privacy and public safety in April by releasing its Domestic Counter-Unmanned Aircraft Systems National Action Plan. The proposal put the onus on Congress to put forward legislation to deal with those threats, and expand detection authority for state, local and tribal governments and their law enforcement agencies.

A fact sheet on the plan said it wishes to balance the expansion of commercial drone usage, while at the same time avoiding bad actors exploiting their use “for pernicious purposes.”

For the FAA’s part, the spokesperson noted that the agency currently allows various drone uses under Part 107 and is paving the way to enable more complex operations in the future.

“Our broad goal is to move from individual approvals and waivers to the predictability of operating by rule, especially for vital activities such as package delivery, infrastructure inspection and public safety,” the spokesperson said. The agency is currently working on regulations to allow the operation of drones beyond the visual line of sight, which would enable them to operate higher in the skies.

O’Toole said the FAA is “largely the broad controlling factor that’s going to ultimately greenlight the industry,” while the roles of state and local governments will largely stem from what the agency delegates to them. And Starr said they will have to balance various factors in deciding how to keep the skies safe.

“You can’t physically shoot things, near airports or in urban environments. You have to be very surgical, and be very cognizant of the crowded environment,” he said. “And you really want continuity. You don’t want disruption of communications or transportation or commerce; you want everyday life to continue.”

Some trade groups suggested more needs to be done from a regulatory standpoint. In an email, David Silver, vice president for civil aviation at the Aerospace Industries Association, called on the aviation industry and the government to “come together to create a comprehensive national plan to integrate these technologies safely into our airspace, commit to investing in key infrastructure, and develop regulations that continue to build on America’s gold standard of aviation safety.”