Rematch? Most Biden and Trump Backers Say Their Minds Are Made Up for 2024 Primaries

52% of Biden’s supporters are “absolutely certain” about their choice in the presidential primaries, compared with 66% of Trump’s 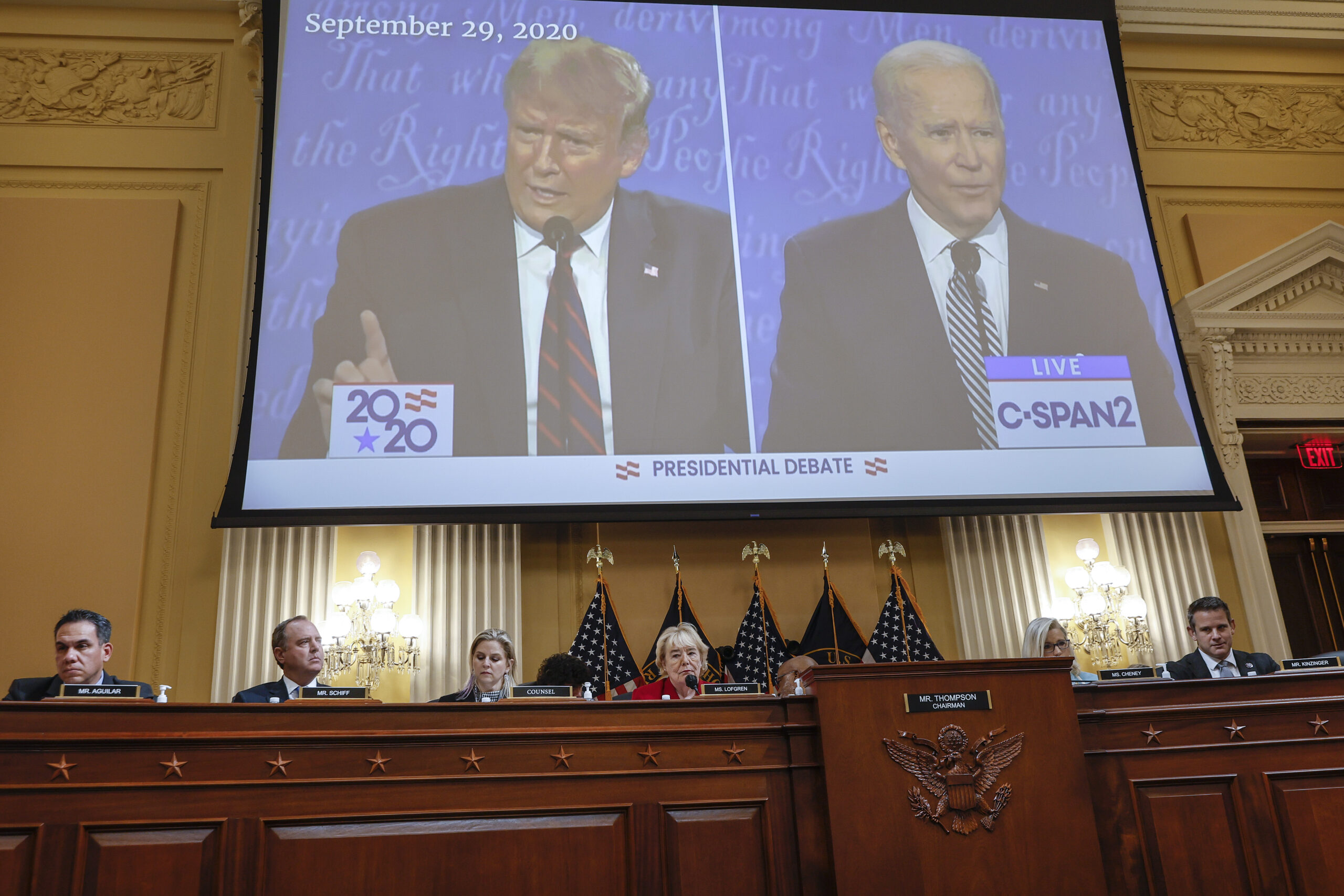 Video of former President Donald Trump and President Joe Biden plays during a hearing by the Select Committee to Investigate the January 6th Attack on the U.S. Capitol on June 13. (Chip Somodevilla/Getty Images)
By Eli Yokley

The bulk of voters who say they’d support President Joe Biden or former President Donald Trump if they run for their respective parties’ 2024 nominations say they’re absolutely certain about their pick, according to a new Morning Consult/Politico survey.

Biden and Trump Have Firmer Support for 2024 Than Hypothetical Rivals 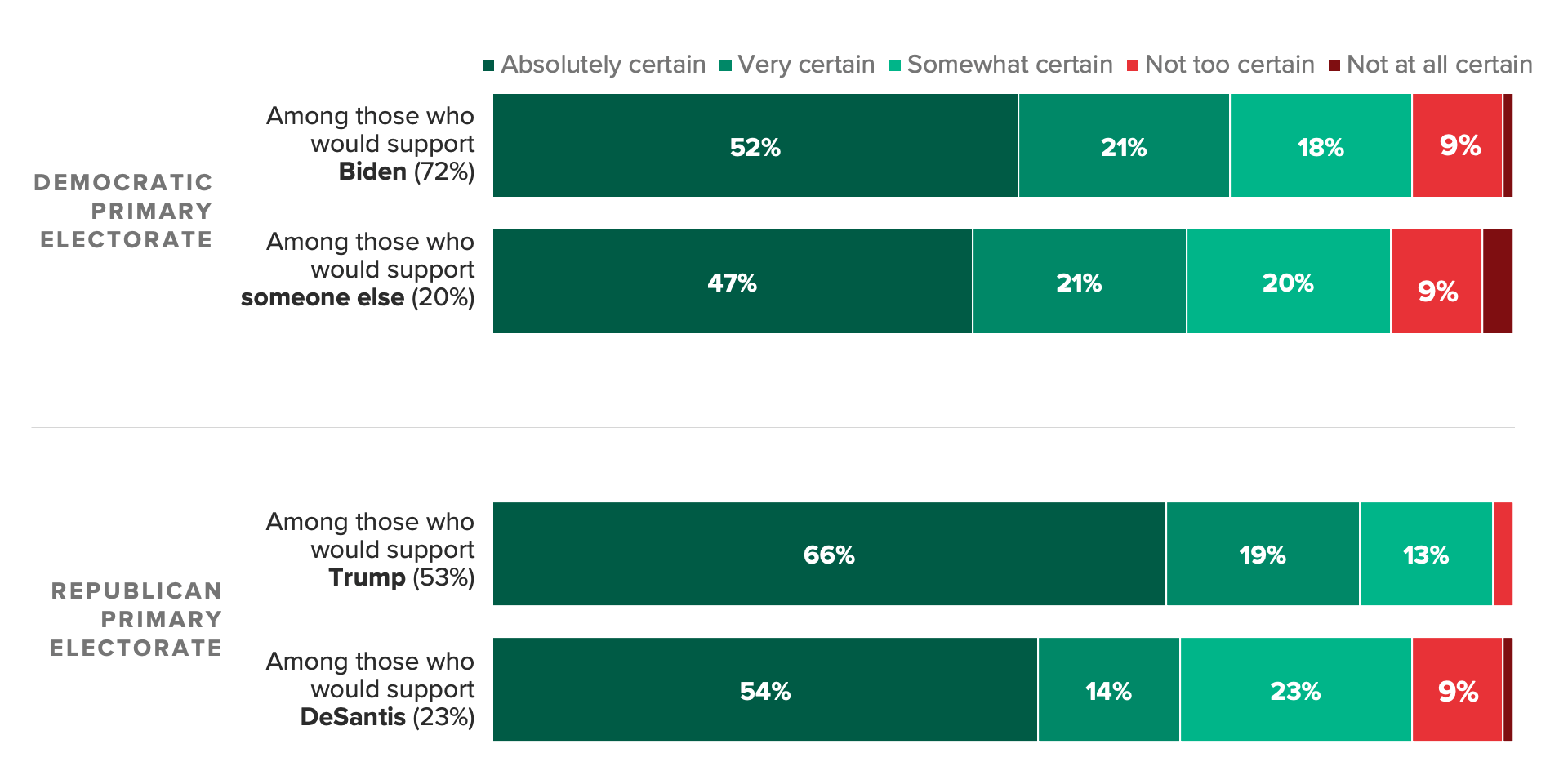 How potential primary voters feel about Biden and Trump

Will Trump trigger the rematch clause?

The somewhat diminished support for Biden in a hypothetical contest against “someone else” reflects some of the dissatisfaction expressed by Democrats with his job performance over the course of the past several months. But it also reveals the firmest of backing from 37% of his party’s electorate if he decides to run for another term — as he’s repeatedly indicated he will — giving cause for pause to other Democrats making moves ahead of 2024.

On the Republican side of the contest, 35% of the potential primary electorate conveyed absolute backing for another Trump nomination, more than four times the share who expressed that level of commitment to voting for DeSantis. As previous surveys have suggested, the growing investigative and sometimes criminal scrutiny on the former president has done little to shake his support or standing within the GOP, which could give any challenger a reason to tap the brakes.

Taken together, both Biden’s and Trump’s strength at this point — roughly 18 months before the first voters have their say in the 2024 primary contests — could lead to a rematch in 2024, with Trump reportedly mulling an early announcement that may compel Biden to step into the race himself.

“I would not be disappointed,” the current president recently told an interviewer when asked about the possibility of a Trump rematch. “The one thing I know about politics and American politics in particular is, there’s no way to predict what’s going to happen.”

The latest Morning Consult/Politico survey was conducted July 15-17, 2022, among a representative sample of 2,005 registered U.S. voters, with an unweighted margin of error of plus or minus 2 percentage points.