More than half (57%) point to recession concerns as the main driver of declines in gas prices, while 38% say the same for the current administration’s policies 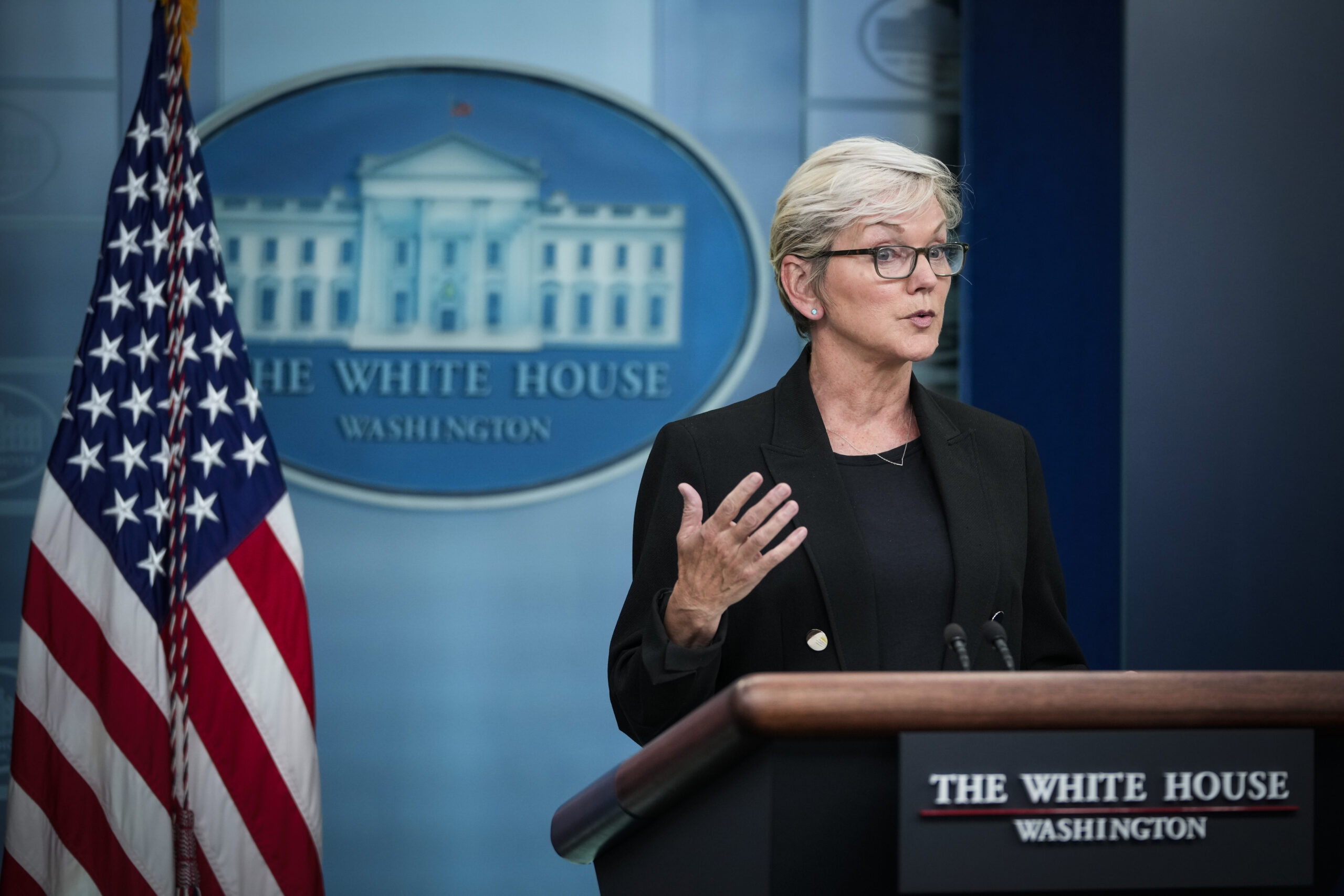 Energy Secretary Jennifer Granholm speaks about gas prices during the daily press briefing at the White House on June 22, 2022, in Washington, D.C. A Morning Consult/Politico survey found that 38% of registered voters think the Biden administration's policies are responsible for falling gas prices, while 47% think they are not responsible. (Drew Angerer/Getty Images)
By Julia Martinez

As gasoline prices continue to descend from record highs above $5 a gallon in June, nearly 2 in 5 registered voters believe that the Biden administration’s policies have helped bring down prices, according to a new Morning Consult/Politico survey.

Shares of voters who say each of the following are responsible for the recent drop in gas prices:

Survey conducted July 15-17, 2022, among a representative sample of 2,005 registered voters, with an unweighted margin of error of +/- 2 percentage points.

Most voters agree that recession concerns are responsible for prices dropping

While it may be difficult to pinpoint a singular reason for the fall in gasoline prices, which dropped below $4.50 a gallon earlier this week for the first time since mid-May, the most commonly cited reasons include a stronger dollar, the Fed’s interest rate hikes, waning fuel demand amid high prices and falling crude prices in the futures market.

While the Biden administration urged Congress to pause federal gas taxes, the plan was mostly a bust as lawmakers refused to commit to advancing the policy.

However, the White House this week said it expects gasoline prices to continue to fall through the end of July and hopefully hit $4 a gallon nationwide.

More recently, President Joe Biden returned from his first trip to Saudi Arabia without striking a deal to increase the global oil supply, although the White House said it anticipates that the Organization of the Petroleum Exporting Countries and its allies will boost crude production next month. OPEC+ was already planning to add 648,000 barrels a day in August, pushing the oil supply to 9.7 million barrels per day.

Meanwhile, Biden could declare a climate emergency in the coming weeks, according to a report from The Washington Post, as the administration tries to salvage its climate goals after Sen. Joe Manchin (D-W.Va.) last week refused to consider increased spending for climate provisions in a reconciliation package.

The July 15-17, 2022, survey was conducted among a representative sample of 2,005 registered U.S. voters, with an unweighted margin of error of +/-2 percentage points.