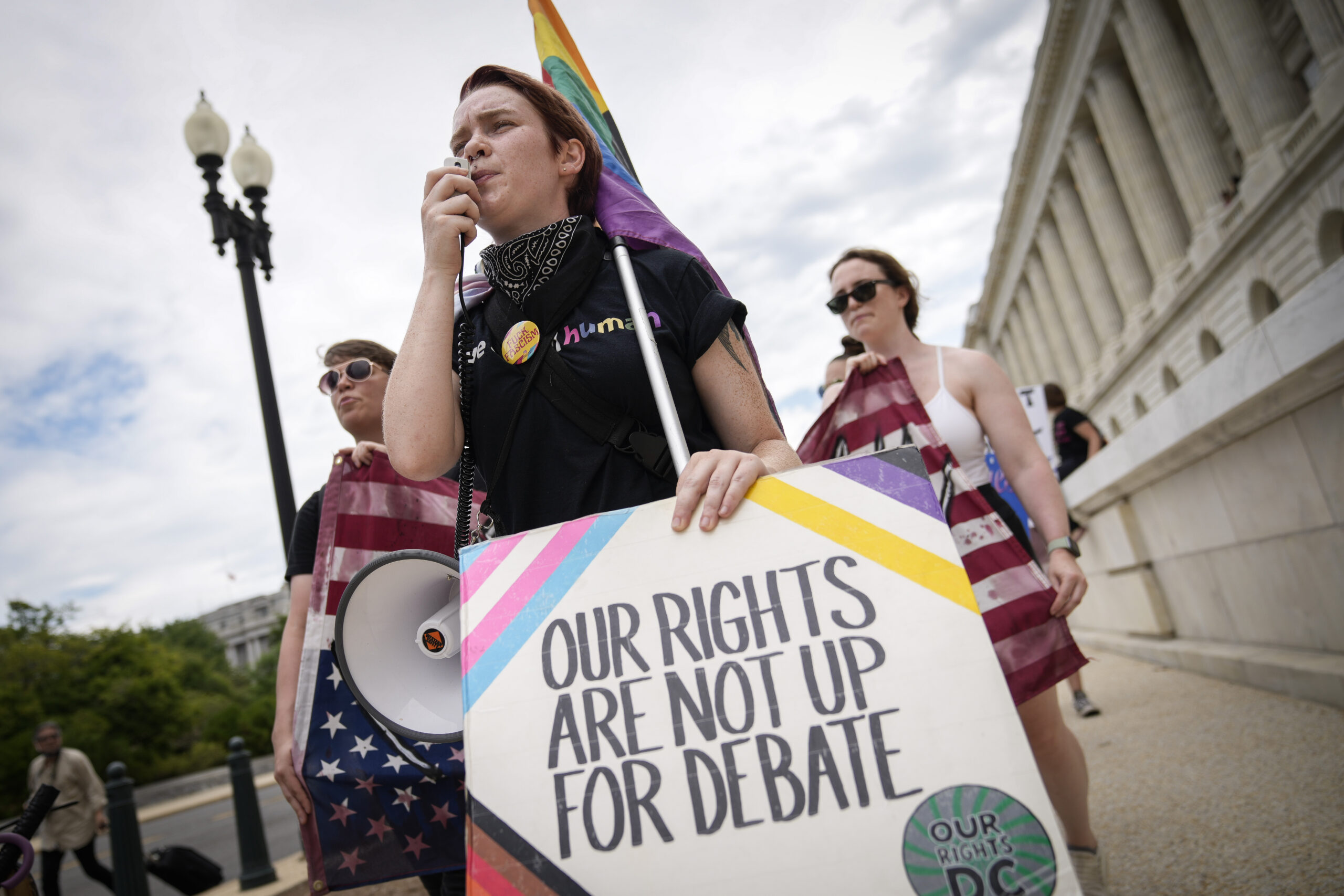 A solid majority of voters are on board with Democratic-led efforts to codify gay and lesbian couples’ right to get married in any U.S. state, according to a new Morning Consult/Politico survey.

Majorities of Voters Back National Protections for Rights Jeopardized by the Overturning of Roe v. Wade

Voters were asked if they support or oppose congressional passage of a federal law to protect each of the following: 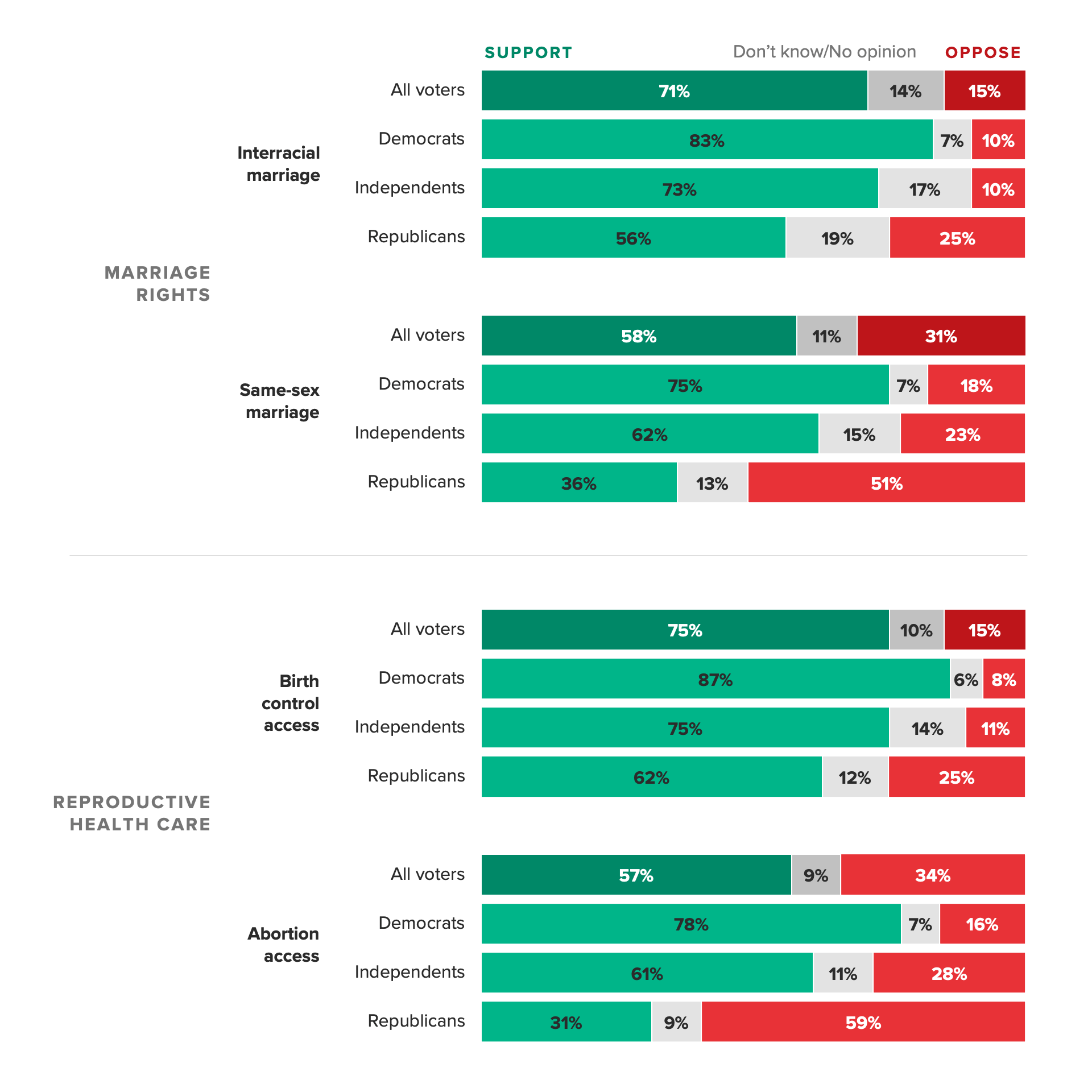 Survey conducted July 22-24, 2022, among a representative sample of 2,006 registered voters, with an unweighted margin of error of +/-2 percentage points. Figures may not add up to 100% due to rounding.

Democrats on Capitol Hill have in recent weeks made several attempts to safeguard marriage and reproductive health care rights following the Supreme Court’s ruling in June to overturn the 1973 Roe v. Wade decision, which had ensured a constitutional right to abortion nationwide. In a concurring opinion, Justice Clarence Thomas said the court should reconsider other cases based on the privacy precedent, such as the right to birth control and same-sex marriage.

The House has passed measures that would supersede any state-led push to limit access to contraception or take away marriage equality, but those bills face an uncertain path in the Senate. While enactment of a federal protection for birth control appears unlikely, a handful of Republican senators — from moderates such as Susan Collins of Maine to conservative Ron Johnson of Wisconsin — have indicated they would back legislation to codify marriage rights for same-sex and interracial couples, though proponents still appear to be short of the 60 votes they’d need to overcome the legislative filibuster.

Those differing levels of consensus in the Senate stand in contrast to opinion from the voting public, and, especially, Republicans, who are almost twice as likely to say Congress should act to protect birth control access as they are to say it should protect same-sex marriage.

The latest Morning Consult/Politico survey was conducted July 22-24, 2022, among a representative sample of 2,006 registered U.S. voters, with an unweighted margin of error of plus or minus 2 percentage points.