After Fall of Roe v. Wade, Most Americans Say Government Should Step In to Help Family Finances

Roughly 3 in 5 adults say government is responsible for financial assistance, paid family leave in light of Supreme Court ruling, while tax credits, child care subsidies and universal pre-K are seen as helpful policies regardless of party 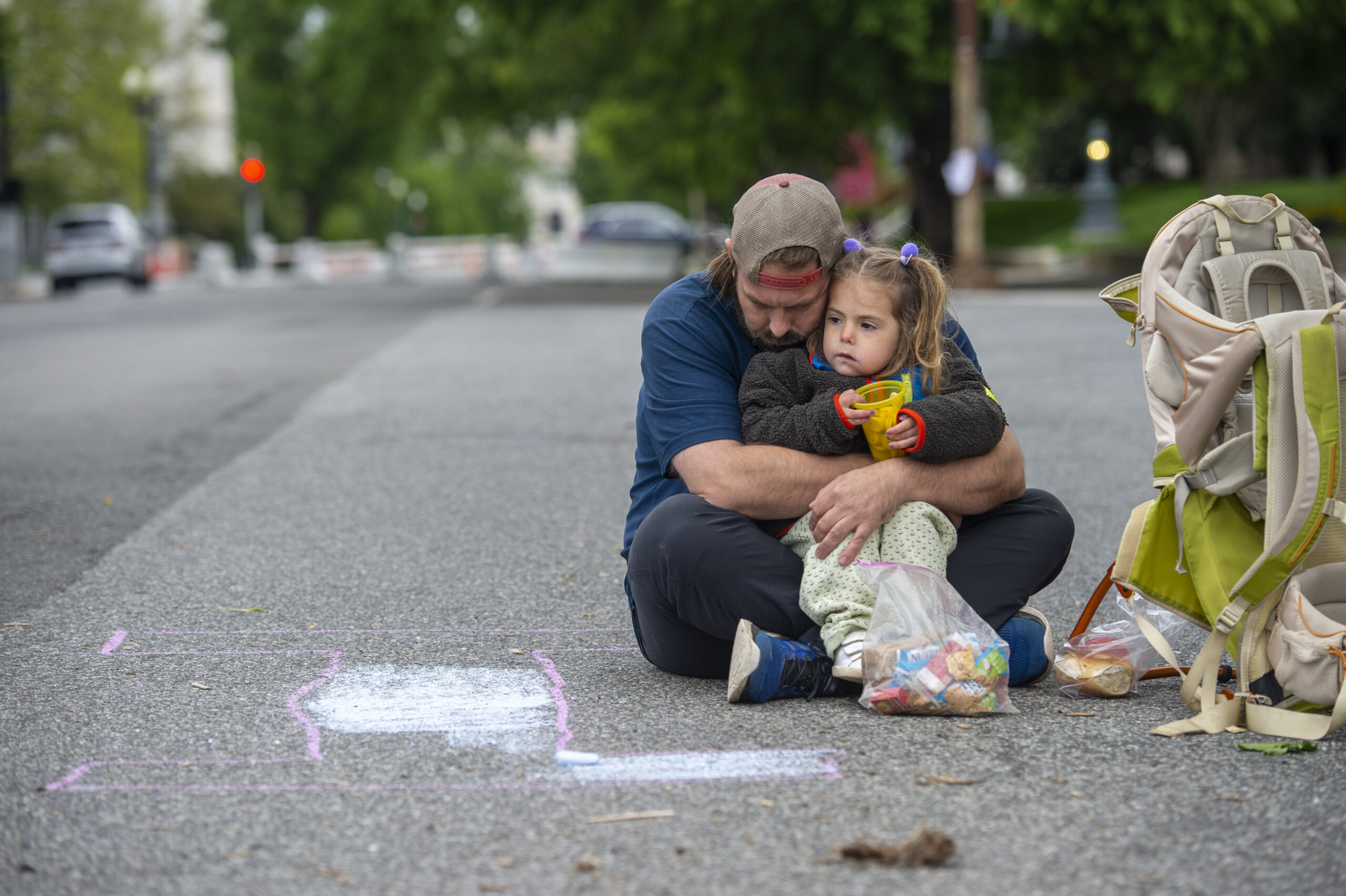 A father hugs his daughter during an abortion-rights demonstration outside the Supreme Court on May 8, 2022, in Washington, D.C. A Morning Consult survey found that given the Supreme Court’s decision to overturn Roe v. Wade, nearly 3 in 5 U.S. adults believe the government has a responsibility to provide financial and child care assistance to families, as well as access to paid family leave for working parents. (Bonnie Cash/Getty Images)
By Amanda Jacobson Snyder

In the wake of the Supreme Court’s ruling to overturn Roe v. Wade, more than half of U.S. adults say the federal government has a responsibility to implement policies that financially support families with children, a new Morning Consult survey found.

After Fall of Roe v. Wade, Most of the Public Thinks Government Is Responsible for Various Financial Assistance Measures to Families

Respondents were asked whether the federal government is responsible for providing the following to families in the aftermath of the Supreme Court’s ruling to overturn Roe v. Wade: 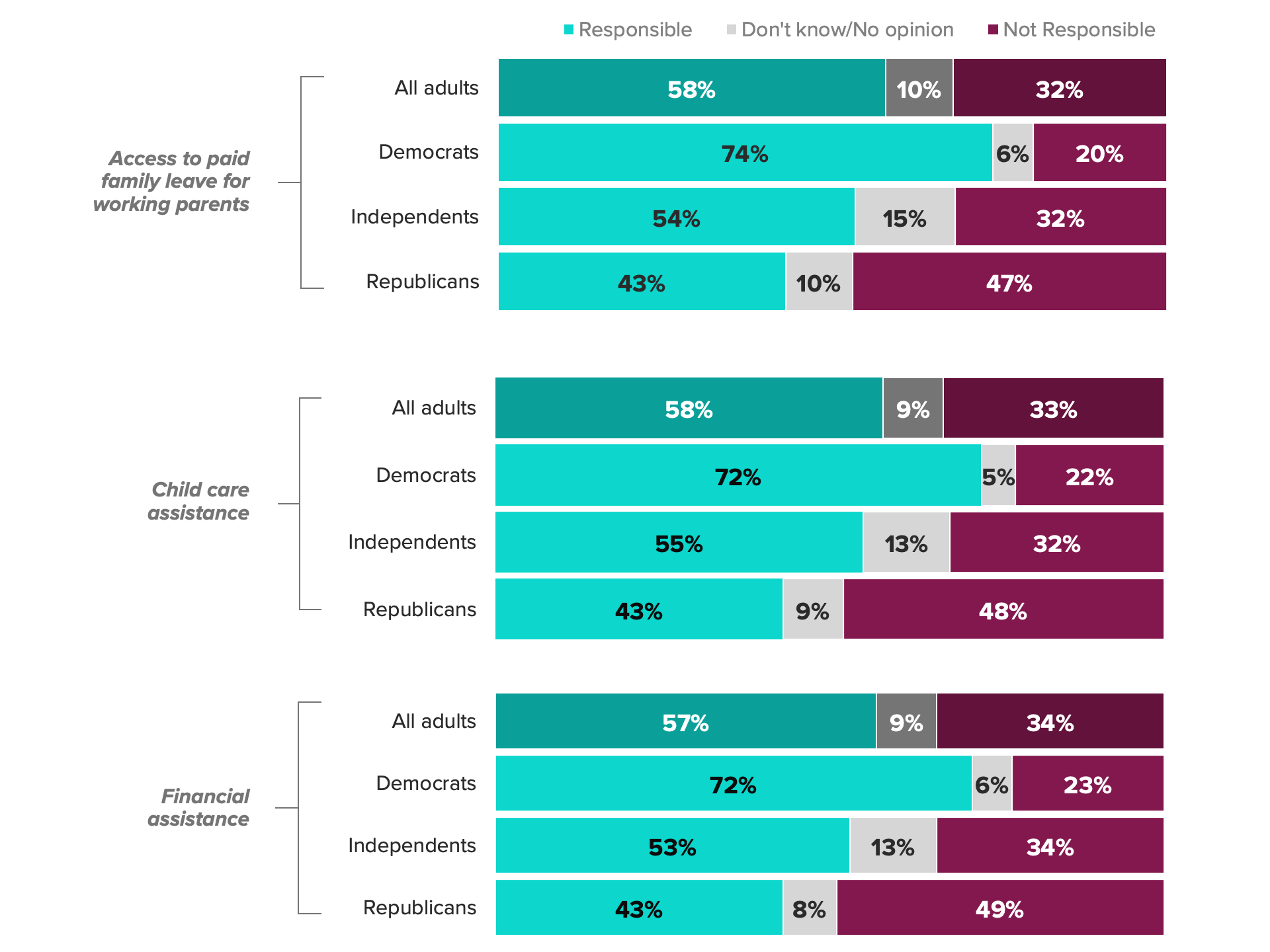 Most Democrats, many Republicans think government has responsibility to provide various types of financial assistance to families following Roe’s fall

Nearly 4 in 5 Adults Say Child Tax Credits Would Be Helpful in Supporting American Families
At least 7 in 10 U.S. adults back tax credits for families with kids, access to paid leave, subsidies for child care, universal pre-K

Respondents were asked how helpful or unhelpful the following policies would be in supporting American families:

Survey conducted July 19-20, 2022, among a representative sample of 1,120 U.S. adults, with an unweighted margin of error of +/-3 percentage points. Don’t know/No opinion responses are not shown.

The July 19-20, 2022, survey was conducted among a representative sample of 2,210 U.S. adults, with an unweighted margin of error of plus or minus 2 percentage points.