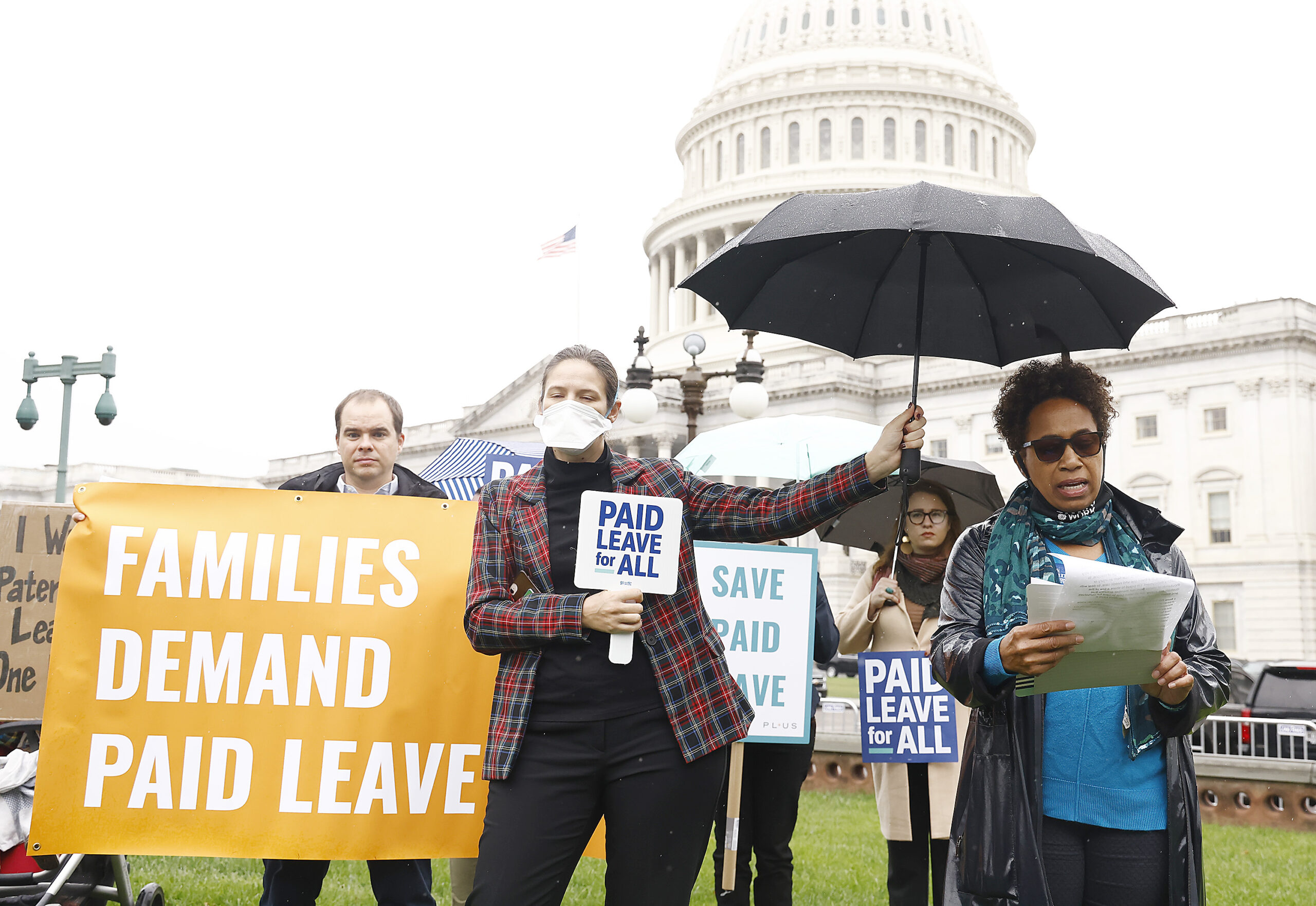 Families, parents and caregivers rally on Capitol Hill for paid family and medical leave on Nov. 2, 2021, in Washington, D.C. A Morning Consult survey found that 74% of U.S. adults would support a law passed by Congress to ensure access to paid family and medical leave, including 85% of Democrats and 66% of Republicans. (Paul Morigi/Getty Images)
By Amanda Jacobson Snyder

The provisions for paid family leave and child care funding in early iterations of Senate Democrats’ economic spending package were long gone by the time Majority Leader Chuck Schumer (D-N.Y.) and Sen. Joe Manchin (D-W.Va.) unveiled their Inflation Reduction Act of 2022 last month. But such policies continue to have broad support among Americans across the political spectrum, a new Morning Consult survey found.

About 3 in 4 Adults Back Paid Family Leave, Increased Funding to Access Child Care, More Access to Subsidies
At least 4 in 5 Democrats and 3 in 5 Republicans support various family-friendly policies, though backing for a renewal of child tax credit is more tepid

Respondents were asked whether they support or oppose the following actions Congress could take: 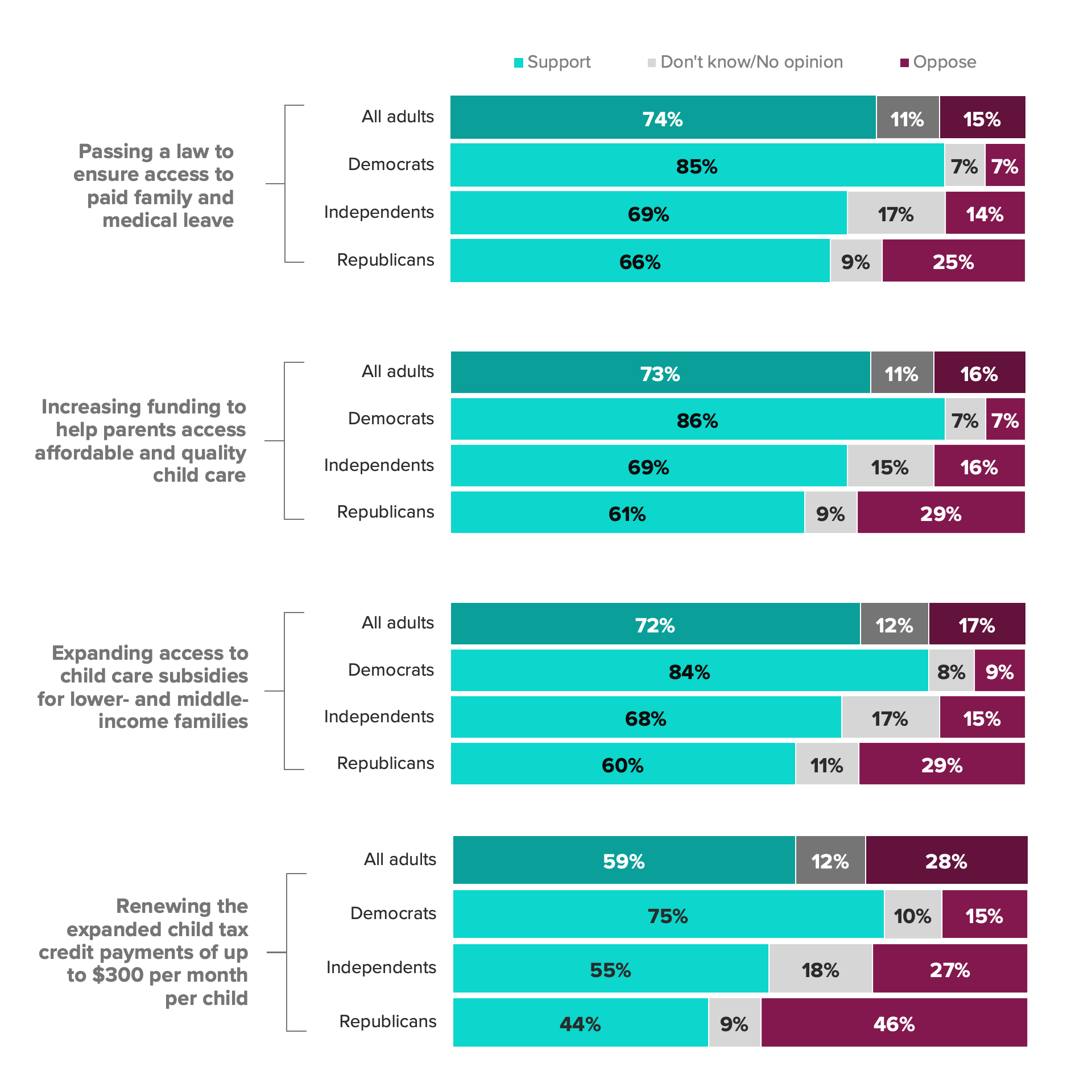 Congressional action on financial support for families is supported regardless of party ID, income

The July 15-16, 2022, survey was conducted among a representative sample of 4,415 U.S. adults, with an unweighted margin of error of plus or minus 1 percentage point.