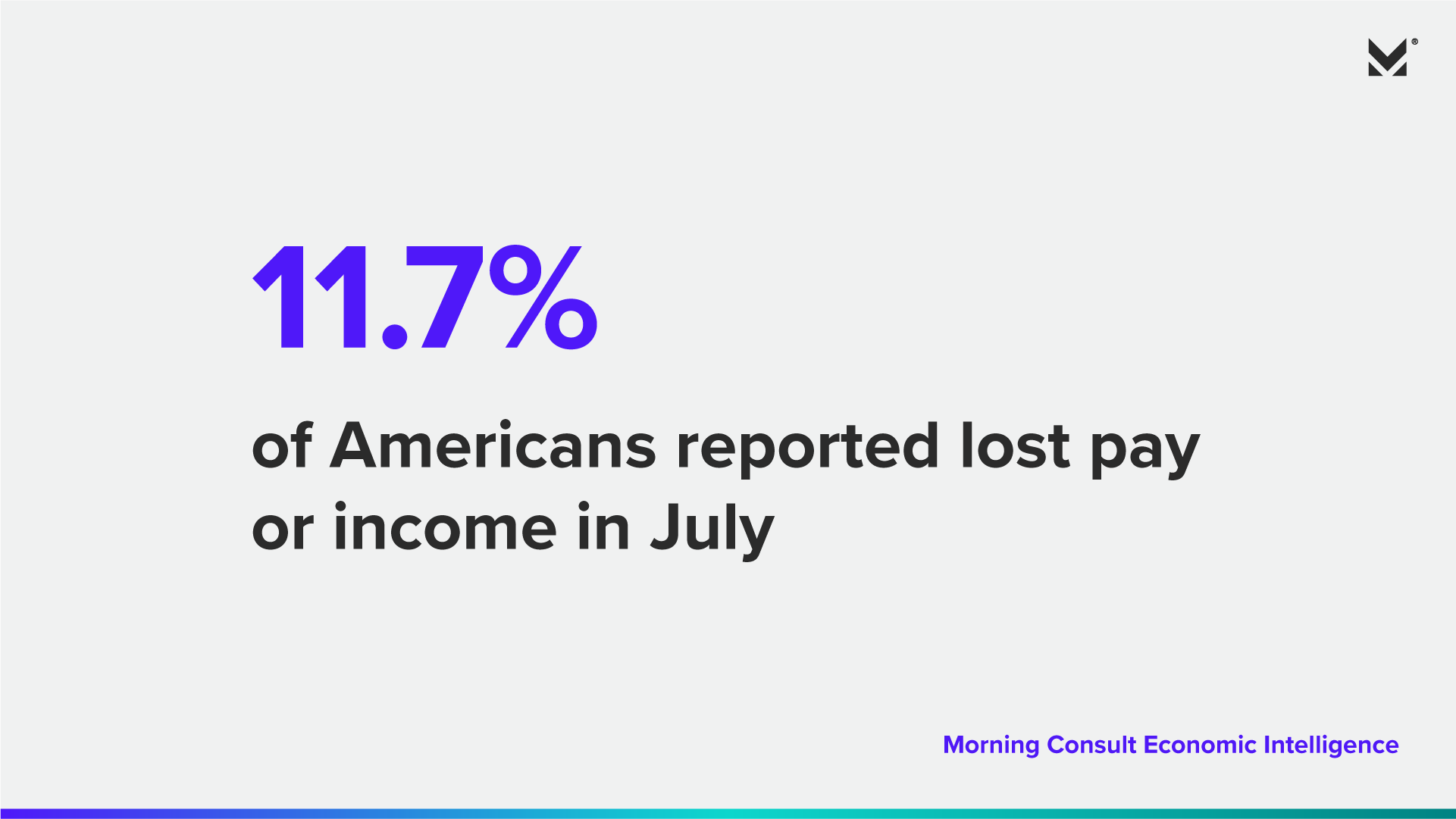 The share of U.S. adults reporting lost pay or income ticked up from 11.0% in June to 11.7% in July, according to the latest high-frequency data from Morning Consult, foreshadowing a further slowdown in the labor market even as the headline unemployment rate sits near an all-time low.

The data, drawn from 20,000 surveys per week conducted throughout July, is strongly positively correlated with initial unemployment claims, which have also moved higher in recent weeks, offering an early warning sign for the labor market ahead of the Bureau of Labor Statistics’ jobs report on Friday, Aug. 5.

“The U.S. labor market remains strong, but its best days may now be in the rearview mirror,” said John Leer, chief economist at Morning Consult. “With the Fed raising interest rates aggressively to combat high inflation, businesses are slowing hiring and expansion plans, releasing steam from a red-hot labor market. Whether that slowdown is swift and severe enough to tip the economy into a recession remains to be seen.”

Lower-income households bore the brunt of lost pay: As of the week ending July 23, 13.9% of adults from households earning less than $50,000 reported losing pay in the previous week, an increase of 1.3 percentage points from a series low at the beginning of June. Lost pay has also been concentrated in certain sectors, including leisure & hospitality and construction. 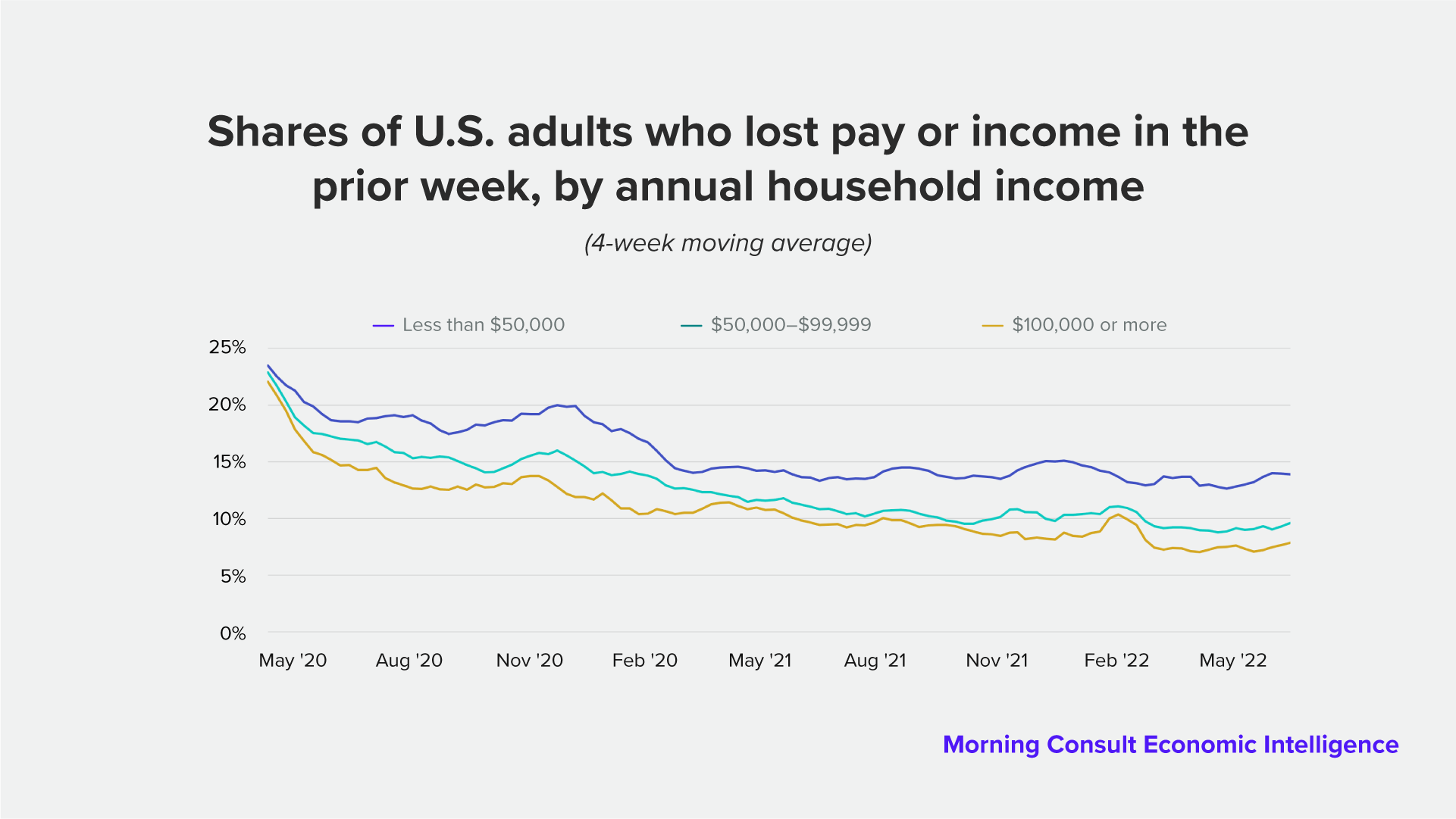 Despite the uptick in lost pay, U.S. unemployment remains low, which would typically bolster consumer confidence. However, rapidly rising prices and volatile markets have canceled out the feel-good factor of low unemployment, and if declining sentiment results in a pullback of consumer spending, it could prompt further cutbacks by businesses — and ultimately lead to more job losses.

To speak with our team of economic analysts about Morning Consult’s high-frequency economic data, email press@morningconsult.com.