China’s Alliance With Russia Weakens Its Position in Eastern Europe

Beijing is popular in much of the developing world, but its support for Russia during the invasion of Ukraine is dimming its brightest prospects to make inroads in Europe 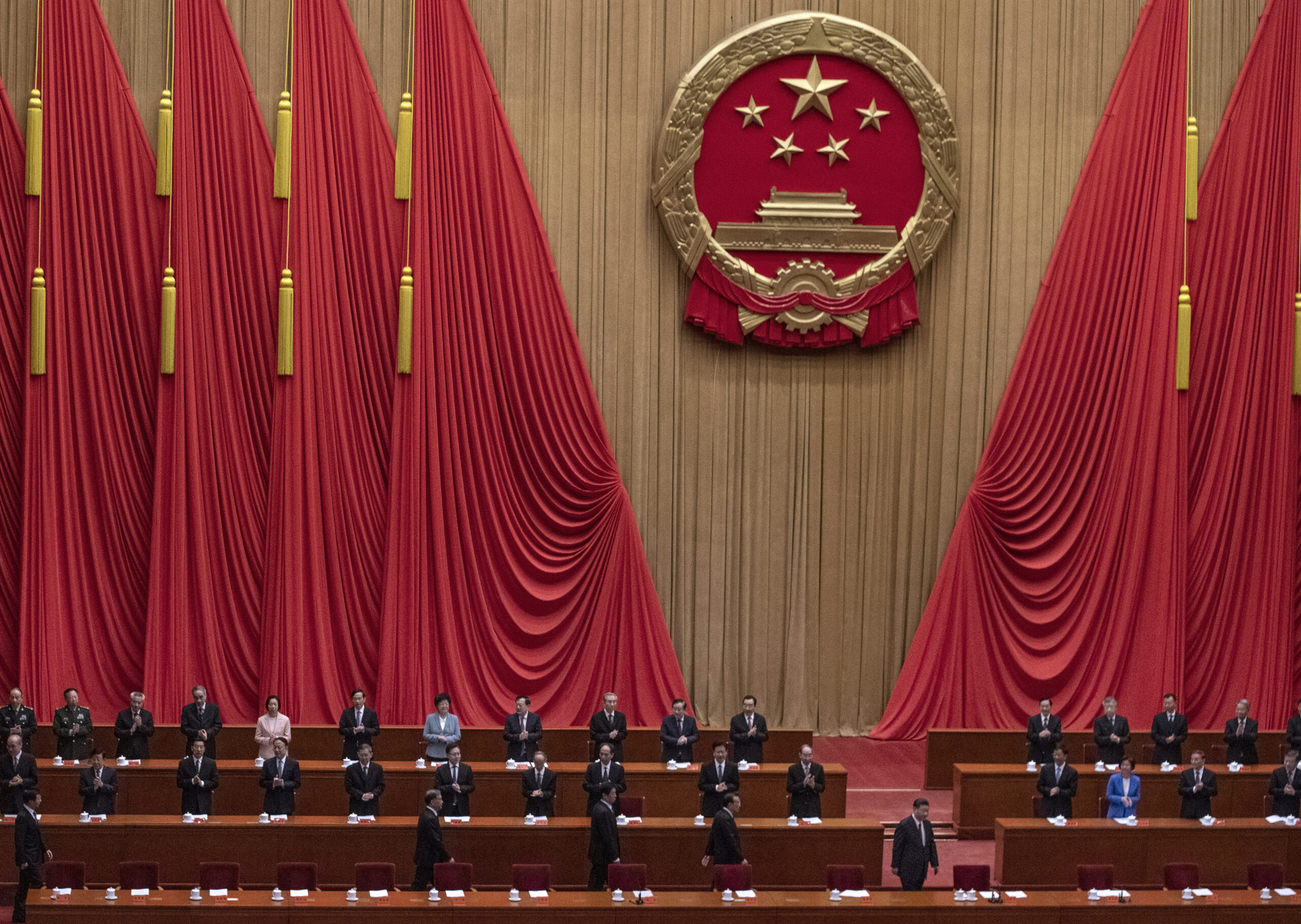 Chinese President Xi Jinping, bottom right, is applauded as he arrives at an April 2022 ceremony to honor contributions to the Beijing 2022 Winter Olympics and Paralympics at the Great Hall of the People in Beijing, China. (Kevin Frayer/Getty Images)
By Matthew Kendrick

China’s popularity has declined more in Poland and Romania during 2022 than in any other country except Singapore, Morning Consult tracking in 42 countries shows, as Beijing’s support for Moscow during the invasion of Ukraine pushes what once were two of the most China-friendly countries in Europe closer to the mainstream of unfavorable opinion among wealthier countries.

*Net favorability is the share of adults with favorable views of China minus the share with unfavorable views
Surveys conducted Jan. 1-31 and July 26, 2022, among representative samples of at least 1,344 adults in each country, with unweighted margins of error of up to +/-3 percentage points.

Beijing has made Eastern Europe a focus of its diplomatic efforts on the continent through the “16+1” format, through which China has pitched its Belt and Road Initiative investments and endeavored to deepen economic integration with former members of the Soviet bloc. China generally has a longer history of relations with former communist states and has sought influence along the eastern frontier of the European Union as a gateway to trade deals with the group as a whole, according to Zoe Zongyuan Liu, a fellow for international political economy at the Council on Foreign Relations.

“The China-E.U. investment and trade framework agreement discussion resumed a few weeks ago, but before a direct trade and investment framework between China and the E.U. can materialize, China wants to expand its influence in Eastern Europe, hoping that some of these countries can present a more favorable image on China’s behalf during negotiations,” she said.

Those efforts were already on rocky ground before the invasion of Ukraine, with Lithuania pulling out of the group last year and considerable suspicion in European civil society. But China’s backing of Russia — despite efforts by Chinese diplomats to try to downplay it — has clearly affected how it is viewed in states like Poland and Romania, where many see Moscow’s invasion as an existential threat to their own societies. That will likely make trust even scarcer at the negotiating table and diminish China’s chances of using its economic influence to create daylight between Europe and the United States.

China Finds Favor Among Developing Countries and in the Middle East, but Struggles Among Richer Countries

Views of China among adults in the following countries: 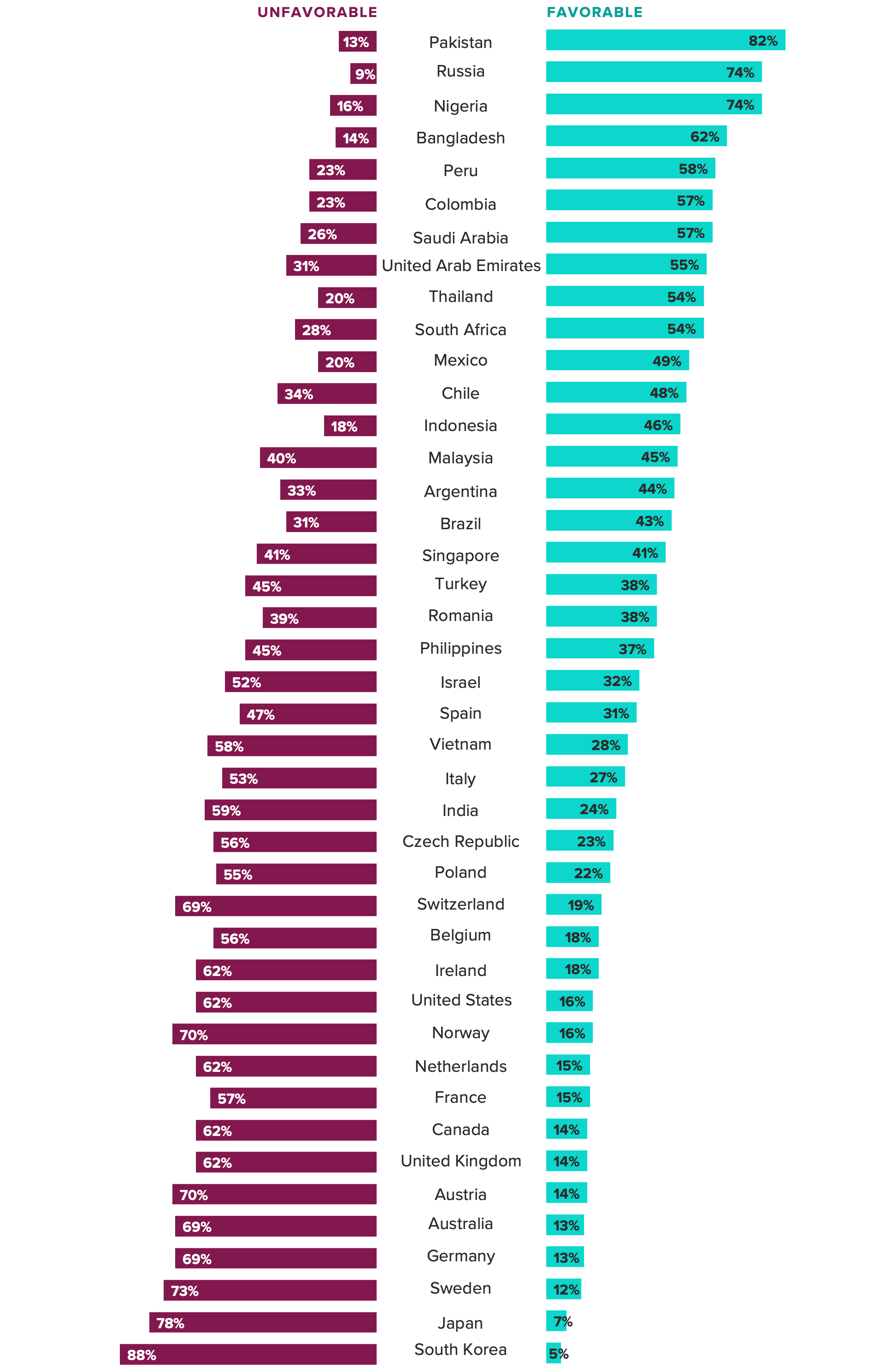 Surveys conducted July 1-26, 2022, among a representative sample of at least 756 adults in each country, with unweighted margins of error of up to +/-3 percentage points. “Don’t know/no opinion” responses are not shown.

The Morning Consult surveys were conducted each month in 2022 among a representative sample of at least 456 adults in each country, with unweighted margins of error of up to plus or minus 5 percentage points.