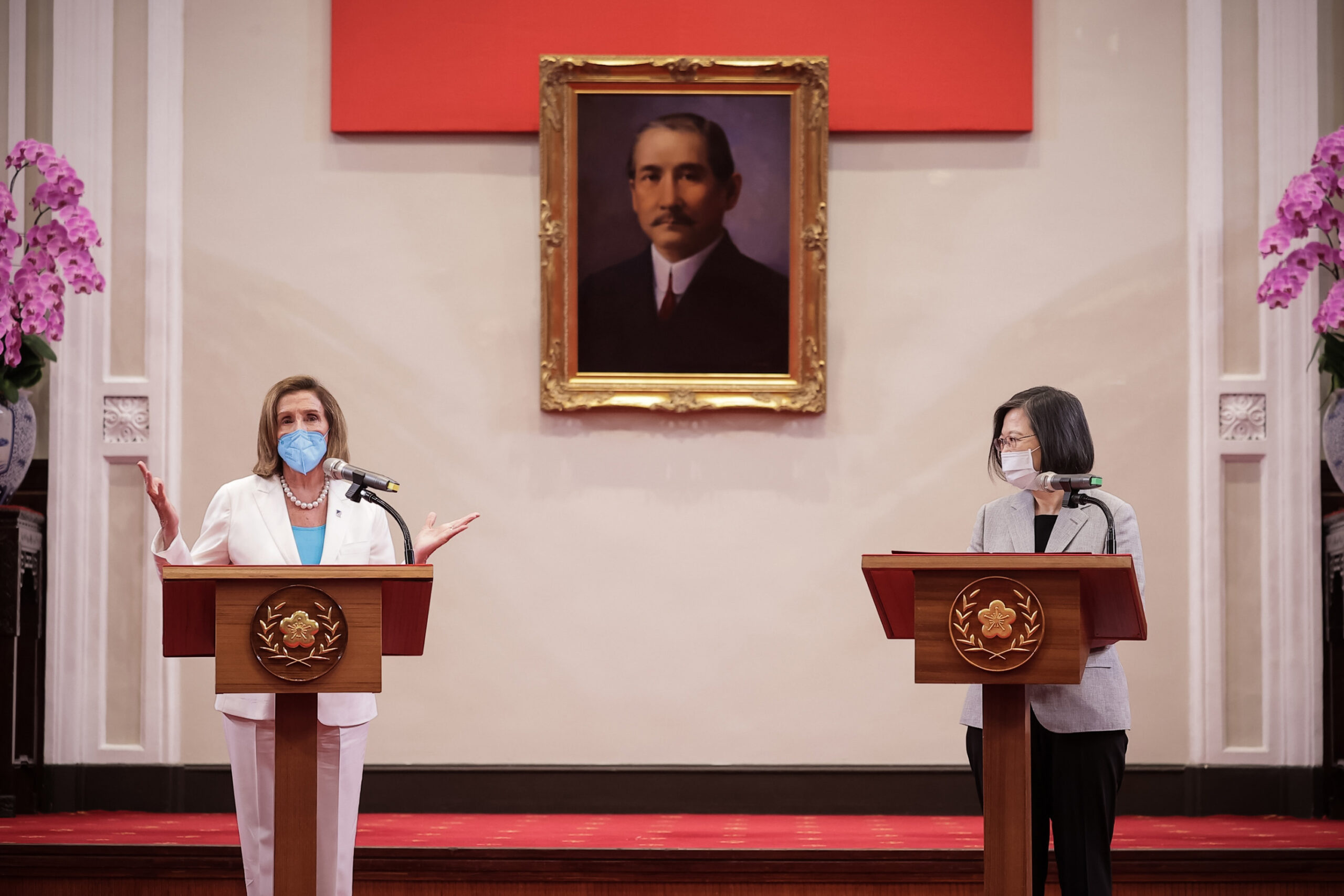 Thirty-four percent of voters heard a lot about House Speaker Nancy Pelosi’s visit to Taiwan, the same proportion that can find the island on a map, according to a new Morning Consult survey.

U.S. voters were asked to identify Taiwan on the map 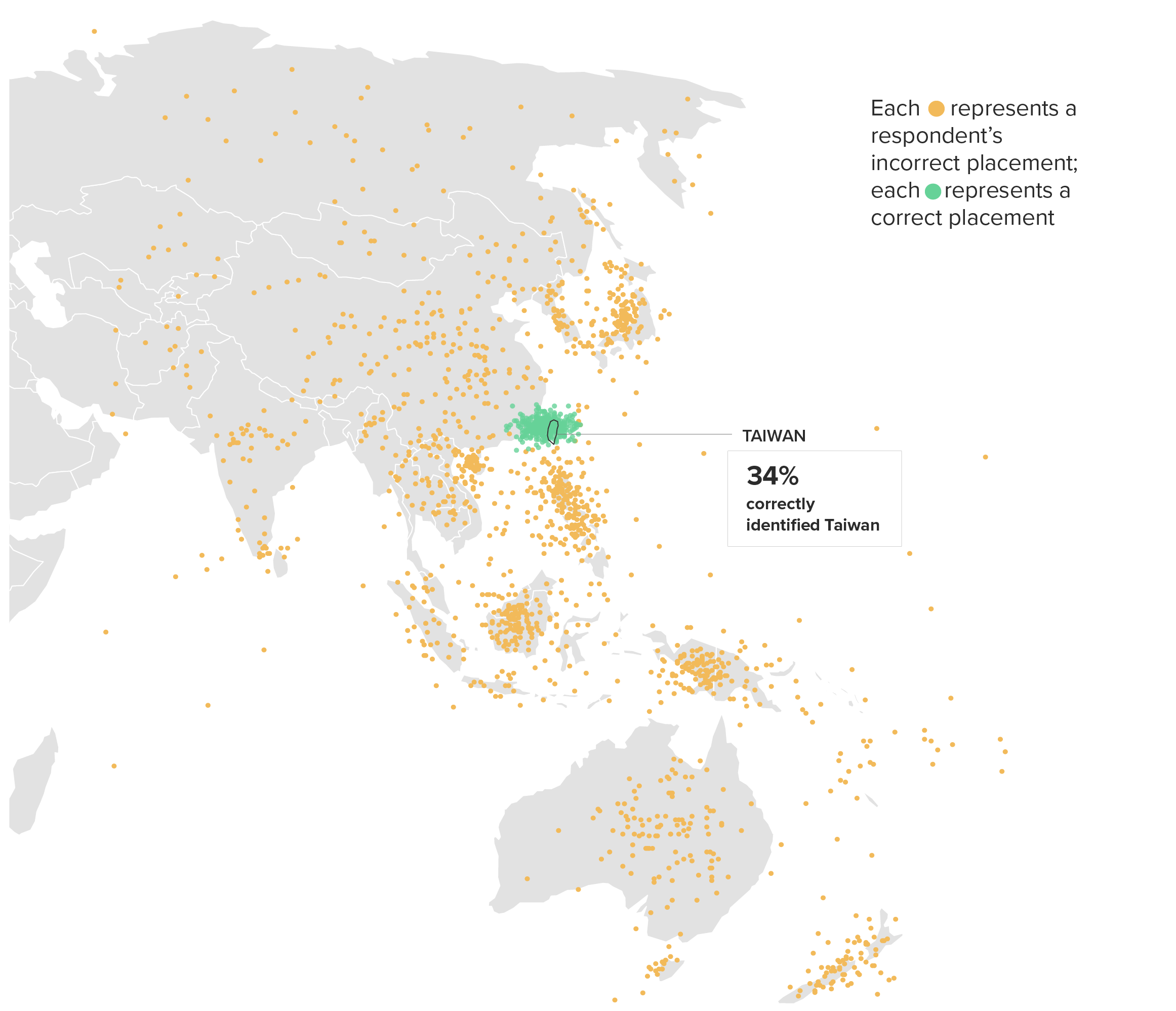 Survey conducted Aug. 6-7, 2022, among a representative sample of 2,005 registered U.S. voters, with an unweighted margin of error of +/-2 percentage points.

Voters struggle to find Taiwan on a map

Foreign visits by U.S. House speakers are usually uncontroversial affairs, and many American voters may have been taken aback by Beijing’s aggressive retaliation — but they also may just be finding out how much their high school history classes left out.

The United States allied with Chiang Kai-shek’s Republic of China to fight Japan during World War II, but U.S.-led efforts to form a postwar government of national unity between Chiang and Mao Zedong’s communists collapsed in 1947. Unwilling to be dragged into a war, Washington did not support Chiang, who retreated to Taiwan in 1949.

The United States recognized Chiang’s regime as the legitimate government of all of China for another 30 years, before switching recognition to Beijing in 1978. It has since continued providing weapons to Taiwan without calling it an ally — and keeping an ersatz embassy without calling it a country.

Related: If China Invades Taiwan, Commercial Ties Will Be the First to Go

The view from Beijing, though, hasn’t changed: Taiwan is a rebellious province and therefore may be taken by force if necessary — but not yet. Washington and Beijing usually try not disturb this so-called “One China” policy, but when major U.S. dignitaries like Pelosi visit Taiwan, Beijing feels the need to demonstrate their position forcefully.

Post-Pelosi Visit, Voters Increasingly See Taiwan as U.S.-Aligned, but Are Less Likely to Understand Its Ties to China
Opinions on U.S. options for deterrence remain stable 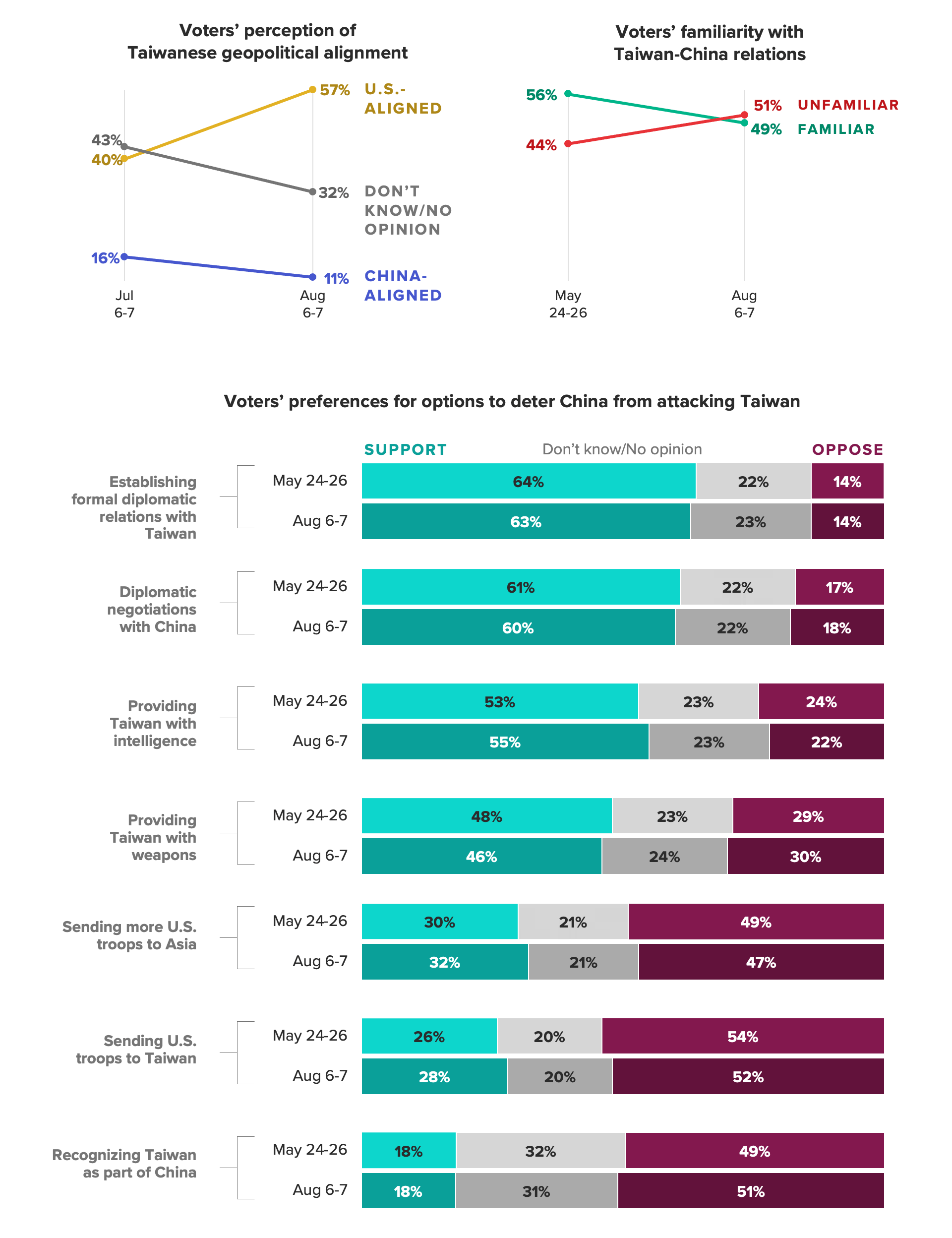 Survey conducted in 2022 among representative samples of roughly 2,000 registered U.S. voters each, with unweighted margins of error of +/-2 percentage points. Figures may not add up to 100% due to rounding.

The Morning Consult survey was conducted Aug. 6-7, 2022, among a representative sample of 2,005 registered U.S. voters, with an unweighted margin of error of plus or minus 2 percentage points.