2 in 5 Democrats said the overall bill is “just right” in addressing climate change, though a third said it doesn’t go far enough 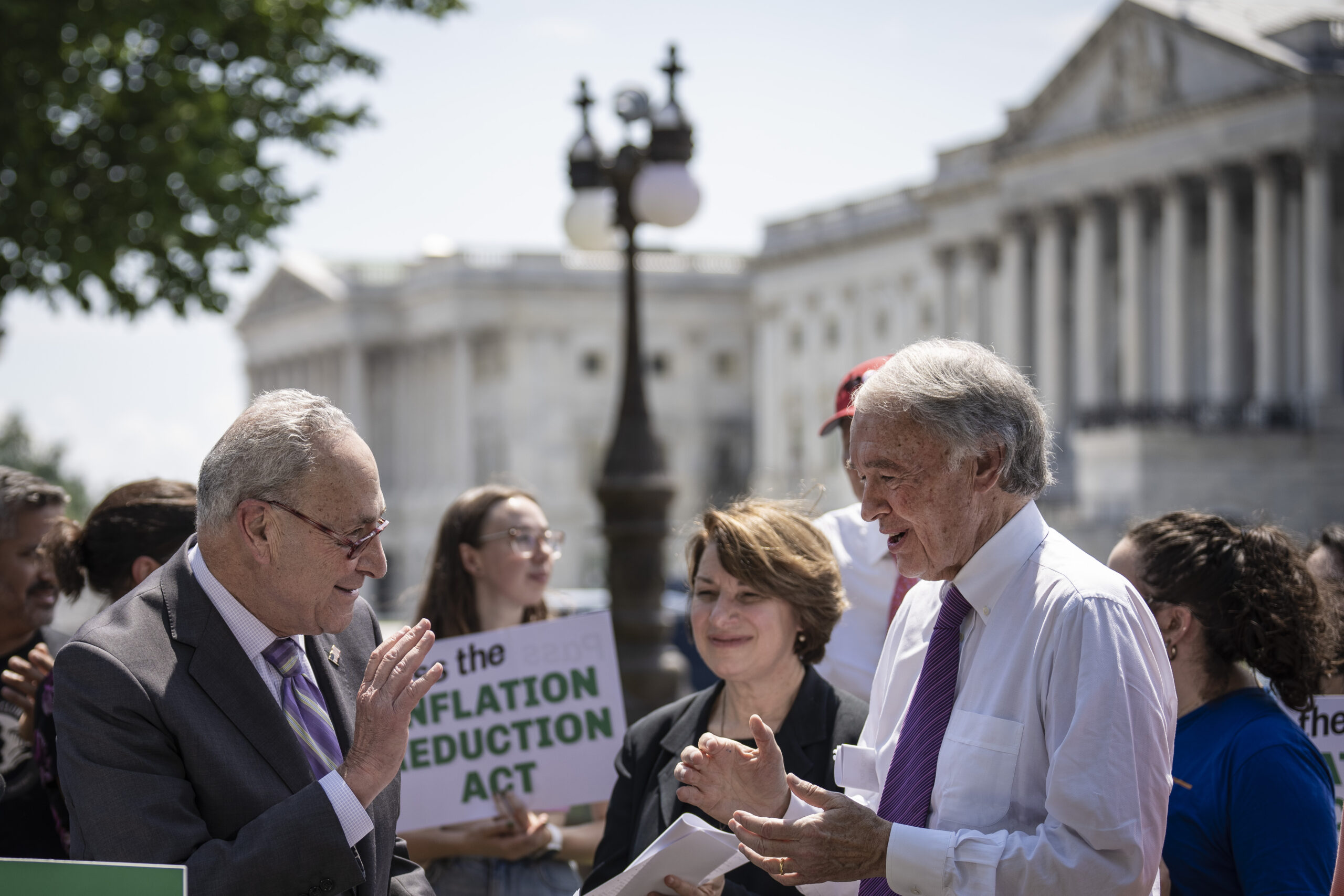 Following the Senate’s recent passage of the Inflation Reduction Act, which includes $369 billion in funding for climate and clean energy, Democratic voters are most likely to believe the overall package and its key provisions are “just right” for addressing climate change, according to a Morning Consult/Politico survey. A notable share of Democrats, however, did say the bill could have done more to address climate change.

Voters were asked if they believe the bill goes too far, not far enough or does just the right amount to address climate change 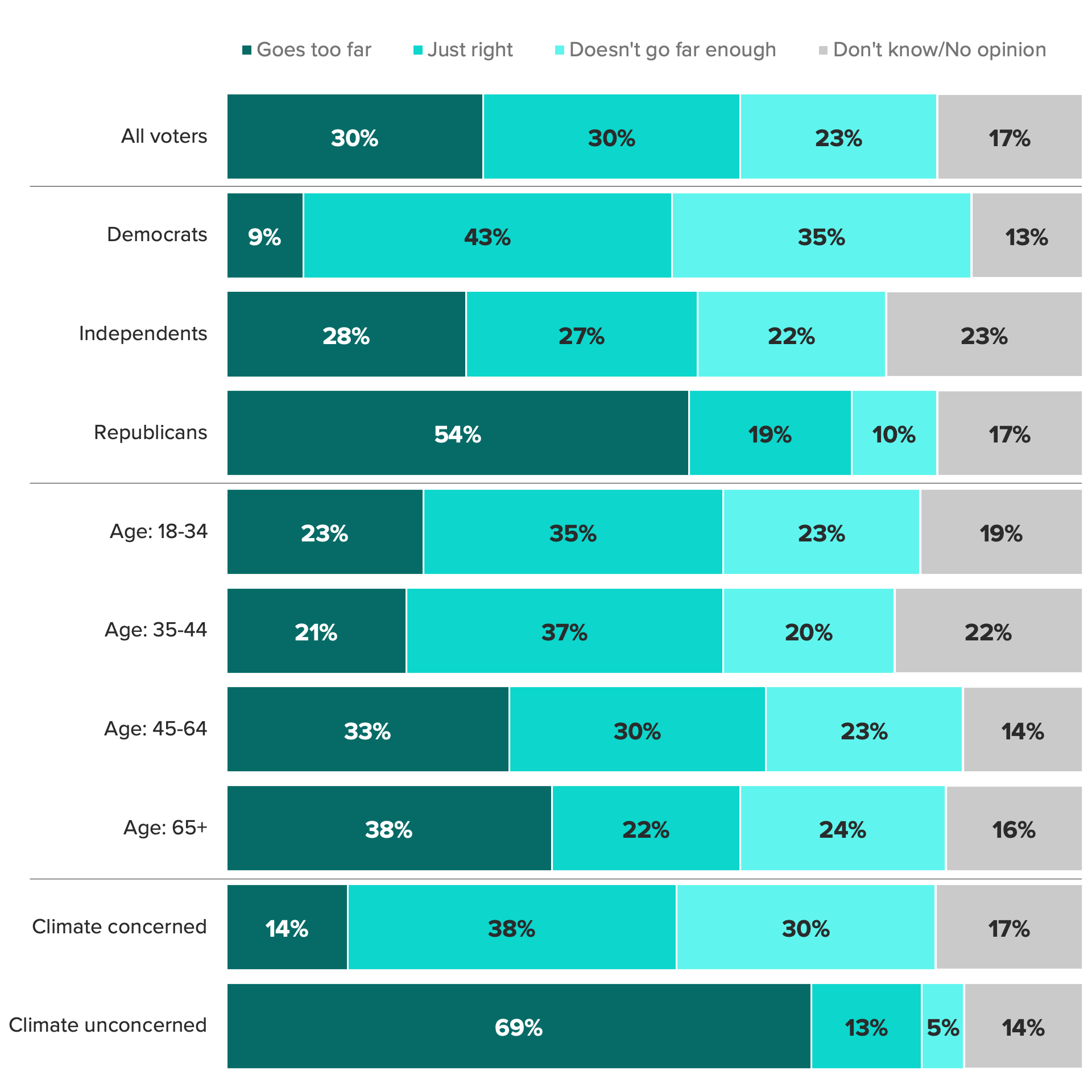 *The bill was framed as accomplishing a number of the Biden administration’s policy priorities.
Survey conducted Aug. 5-7, 2022, among a representative sample of 2,005 registered voters, with an unweighted margin of error of +/-2 percentage points. Figures may not add up to 100% due to rounding.

At least half of Democrats say climate and energy measures are just right, with exception for methane fee

The Inflation Reduction Act passed the Senate on Sunday with a whopping $369 billion in climate and energy provisions. But despite the historic levels of funding, some have noted the advancement of stalled oil and gas leasing in the Gulf of Mexico and Alaska in the package, calling into question whether the provisions go far enough to tackle climate change.

While the measure has won some support from the oil and gas industry, it would mandate companies pay more for drilling on federal land in the western United States with higher royalty rates and bids, although it’s unclear if federal lands and waters are where companies want to drill anyway.

Regardless of the expanded oil and gas leases, the bill still includes some other wins for the industry, including boosting existing subsidies for carbon capture and establishing a new 10-year tax credit for hydrogen production, two of the newest clean energy pivots made by the industry.

The Aug. 5-7, 2022 survey was conducted among a representative sample of approximately 2,005 registered voters, with an unweighted margin of error of plus or minus 2 percentage points.