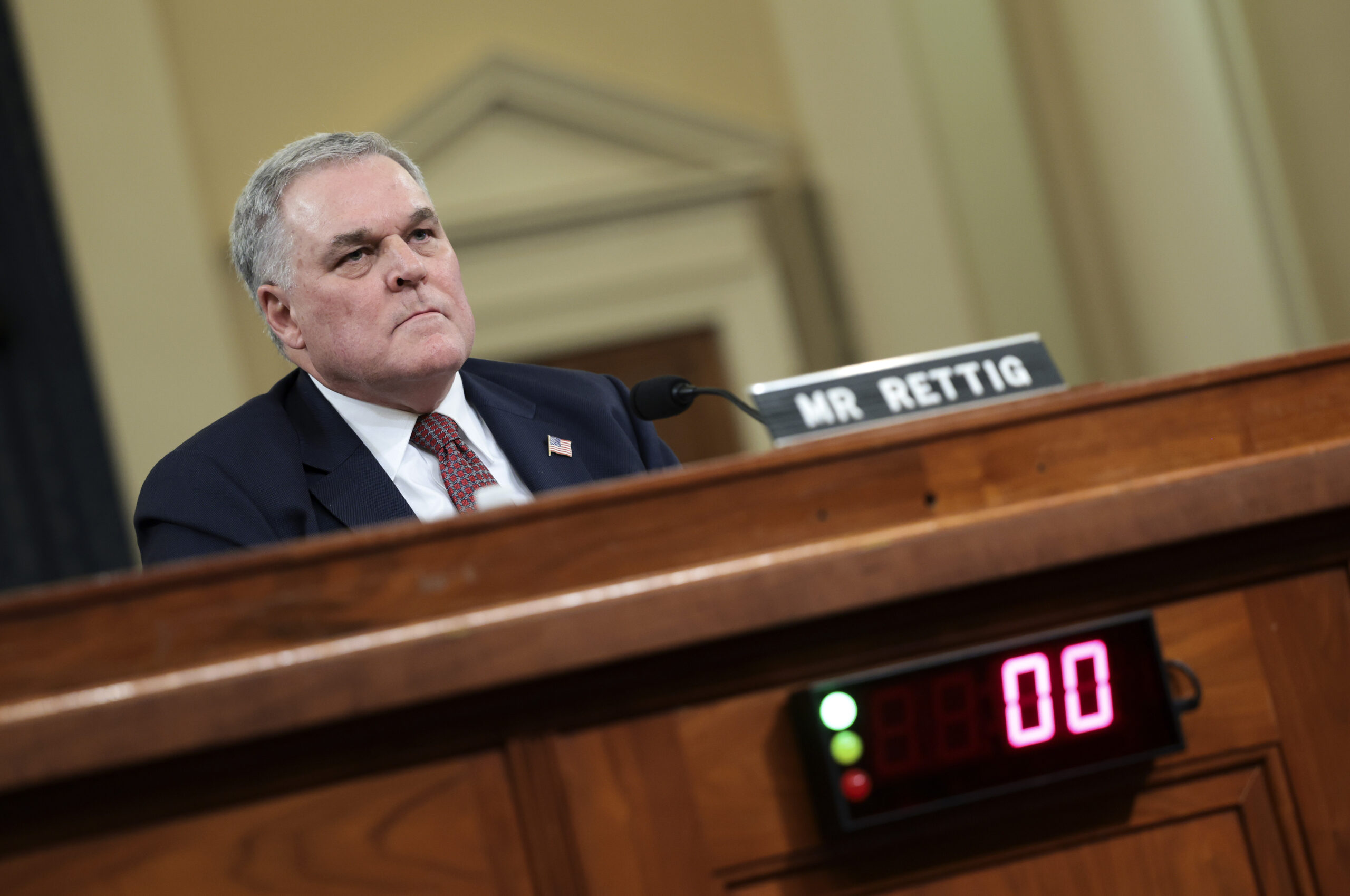 Internal Revenue Service Commissioner Charles Rettig testifies before the House Ways and Means Oversight Subcommittee on March 17, 2022, in Washington, D.C. A Morning Consult/Politico survey found that about 3 in 4 voters are not concerned about being personally audited by the IRS, after the Senate passed a bill that would provide $80 billion in funding to the agency. (Kevin Dietsch/Getty Images)
By Amanda Jacobson Snyder

Senate Democrats’ recently passed Inflation Reduction Act of 2022 includes an $80 billion increase in funding for the Internal Revenue Service, a portion of which is specifically geared toward upping enforcement and collections actions. Despite a drumbeat of Republican messaging to the contrary, a new Morning Consult/Politico survey found that most voters aren’t worried about being audited due to the potential boost in enforcement, and a plurality believes high-income Americans will be the most likely subject of any increase in audits.

Respondents were asked how concerned they were about the following given Senate Democrats’ bill to provide the Internal Revenue Service with $80 billion in new federal funding: 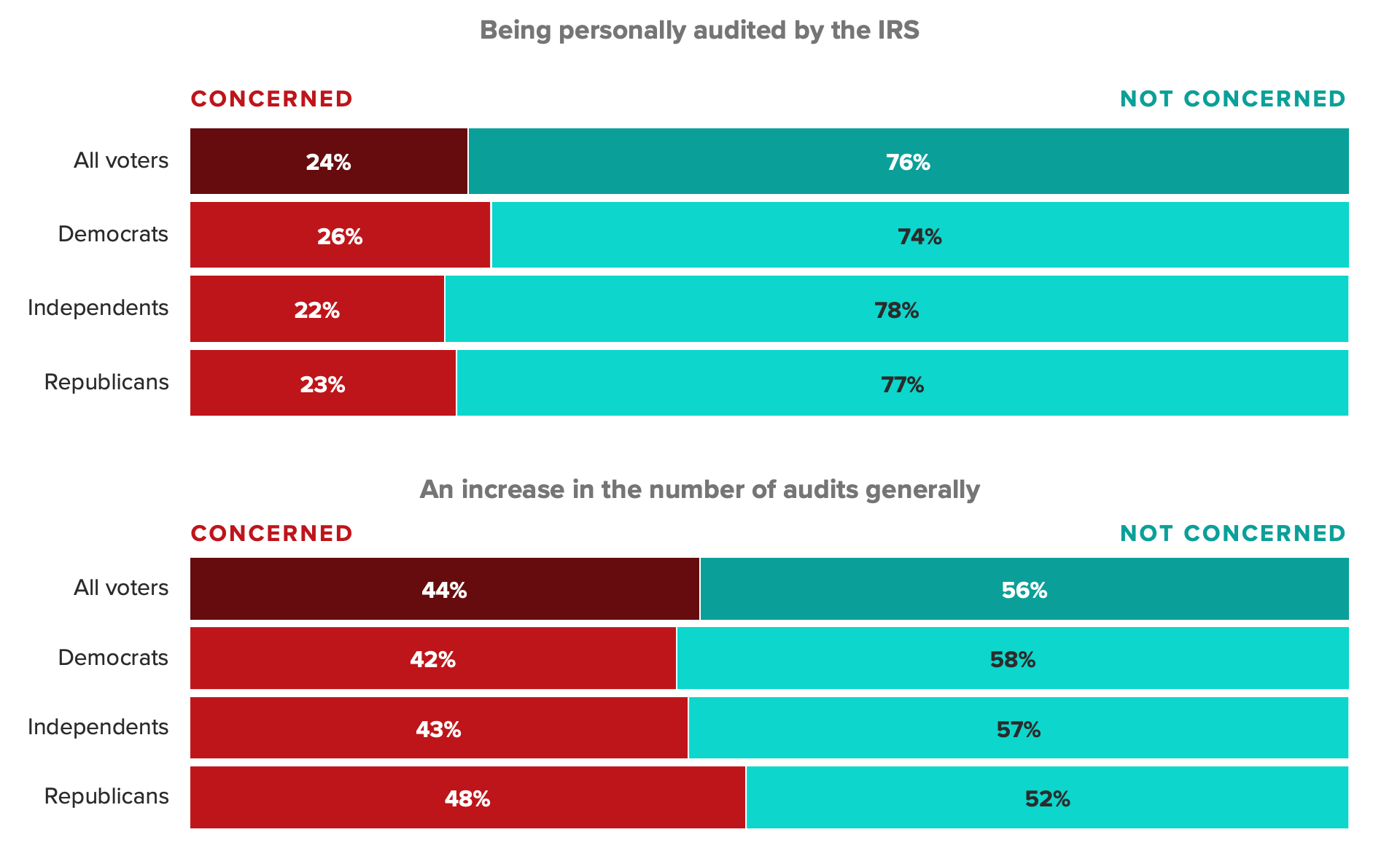 Survey conducted Aug. 5-7, 2022, among a representative sample of 2,005 registered voters, with an unweighted margin of error of +/-2 percentage points. Figures may not add up to 100% due to rounding.

Despite GOP efforts to portray increased IRS funding as the beginning of an audit spree, most voters are not concerned

Given the Internal Revenue Service could receive $80 billion in new federal funding, voters were asked which group they believe would be targeted the most by an increase in audits by the IRS 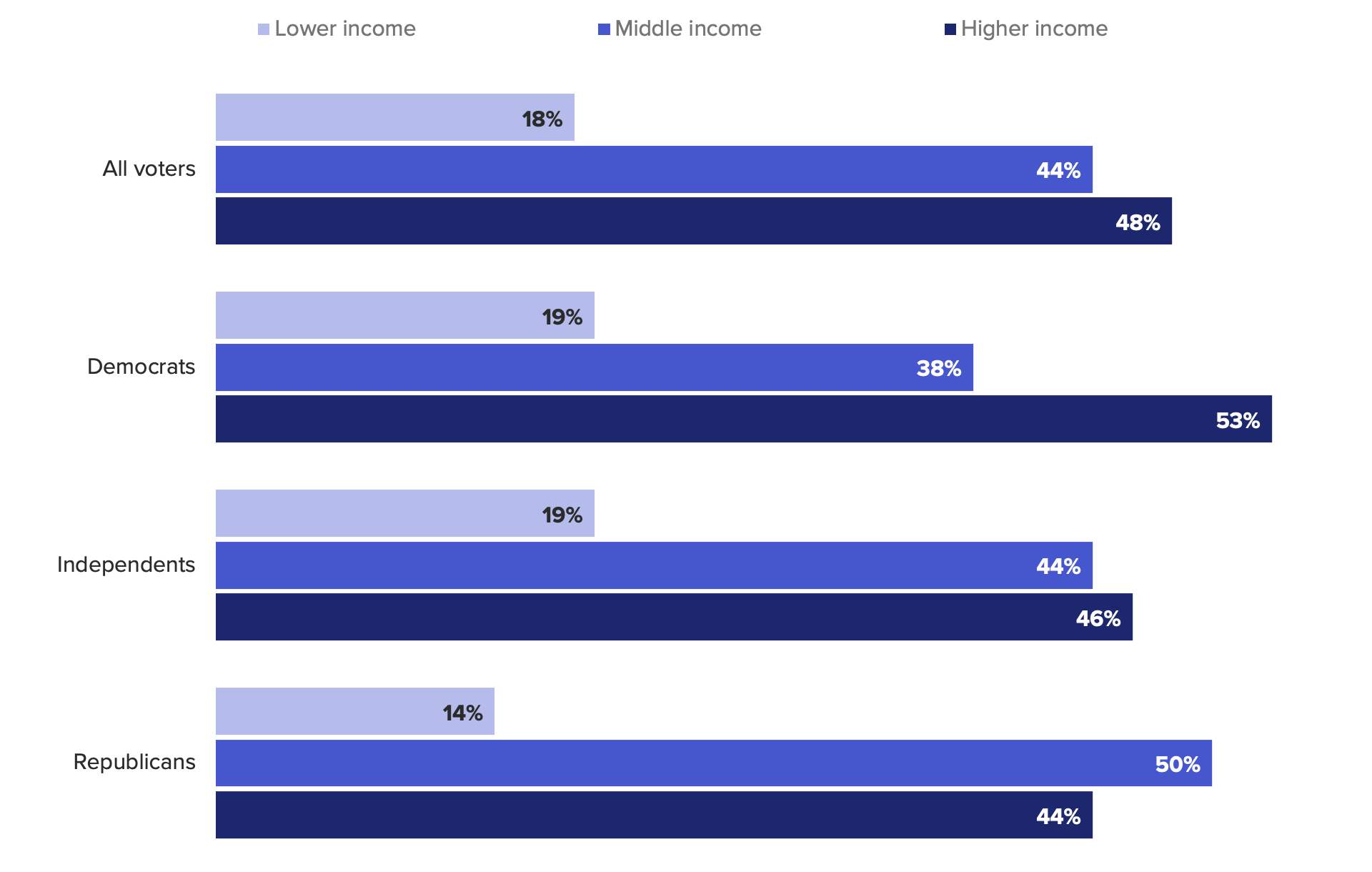 Survey conducted Aug. 5-7, 2022, among a representative sample of 2,005 registered voters, with an unweighted margin of error of +/-2 percentage points. Don’t know/No opinion responses are not shown.

Voters most likely to think high-income earners will bear brunt of increased audits, though middle class not far behind

The Aug. 5-7, 2022, survey was conducted among a representative sample of 2,005 registered voters, with an unweighted margin of error of plus or minus 2 percentage points.