Liverpool Is Now the Most Popular Premier League Club in America

Manchester United, Manchester City, Chelsea and Arsenal round out the top five 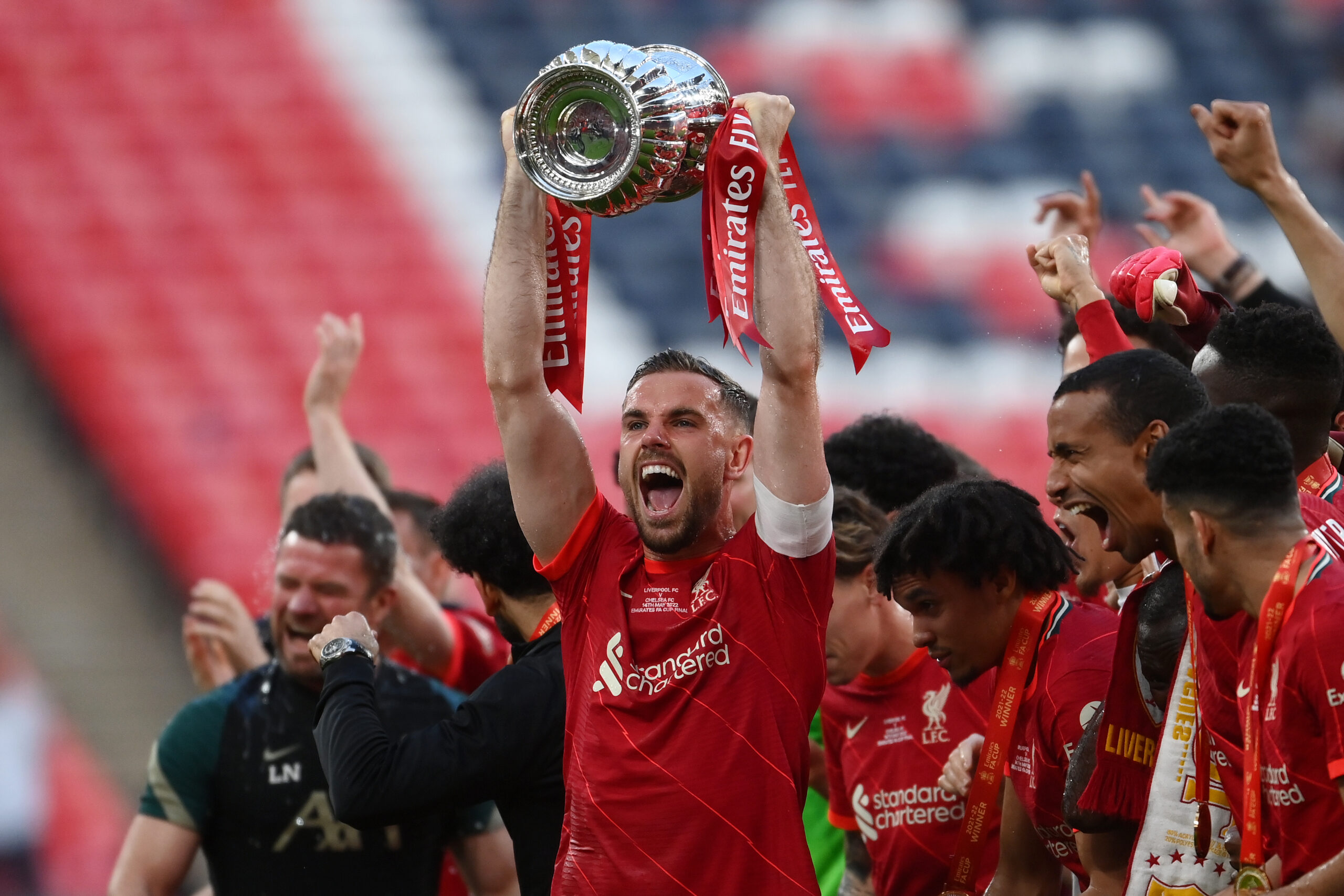 Jordan Henderson of Liverpool lifts the Emirates FA Cup trophy at Wembley Stadium on May 14 in London. Liverpool was the most popular Premier League club among both U.S. adults and league fans, according to a new Morning Consult survey. (Mike Hewitt/Getty Images)
By Mark J. Burns

Months after claiming both the League Cup and FA Cup titles, the Reds of Liverpool can now boast yet another accolade: the most popular club in the United States, according to a new Morning Consult survey.

As the 2022-23 season got underway this month, the survey revealed that about 3 in 5 self-identified Premier League fans (61%) said they had either a “very favorable” or “somewhat favorable” opinion of Liverpool. Roughly 1 in 5 U.S. adults (21%) held the same opinion — the most of any club.

Manchester United has long been considered the most popular Premier League club, both in the United Kingdom and throughout the world, but in the United States, at least, Liverpool now has them narrowly beat, based on the early August survey. Following Liverpool and Man U were Manchester City and Chelsea, all within the survey’s margin of error, while Arsenal rounded out the top five.

The shares of respondents who said they have a favorable opinion of the following teams:

Survey was conducted Aug. 5-6, 2022, among a representative sample of 2,210 U.S. adults, including 405 self-identified Premier League fans, with unweighted margins of error of +/-2 percentage points and +/-5 percentage points, respectively.

Survey was conducted Aug. 5-6, 2022, among a representative sample of 355 self-identified Premier League fans who watch matches, with an unweighted margin of error of +/-5 percentage points.

Premier League teams continue to emphasize the U.S. market. Arsenal and Chelsea, for example, were among the league’s teams who participated in a domestic tour this summer. NBC Sports Group, which started carrying Premier League matches in 2013, signed a six-year, $2.7 billion U.S. media rights deal to broadcast the league’s games, starting with the current campaign.

Liverpool, meanwhile, has made up a lot of ground in recent years. A 2019 Morning Consult survey found that Manchester United was by far the most-followed Premier League club among Americans. Liverpool’s emergence, led by Egyptian goal scorer Mohamed Salah, suggests that U.S. soccer fans, who tend to be younger and relative newcomers to the sport, are becoming more knowledgeable about the top clubs overseas.