Anger Helped Democrats Flip the House in 2018, but Ahead of the 2022 Midterms, Both Sides Are Equally Enraged

42% of Democratic voters are “angry” about the midterms, compared with 41% of Republicans 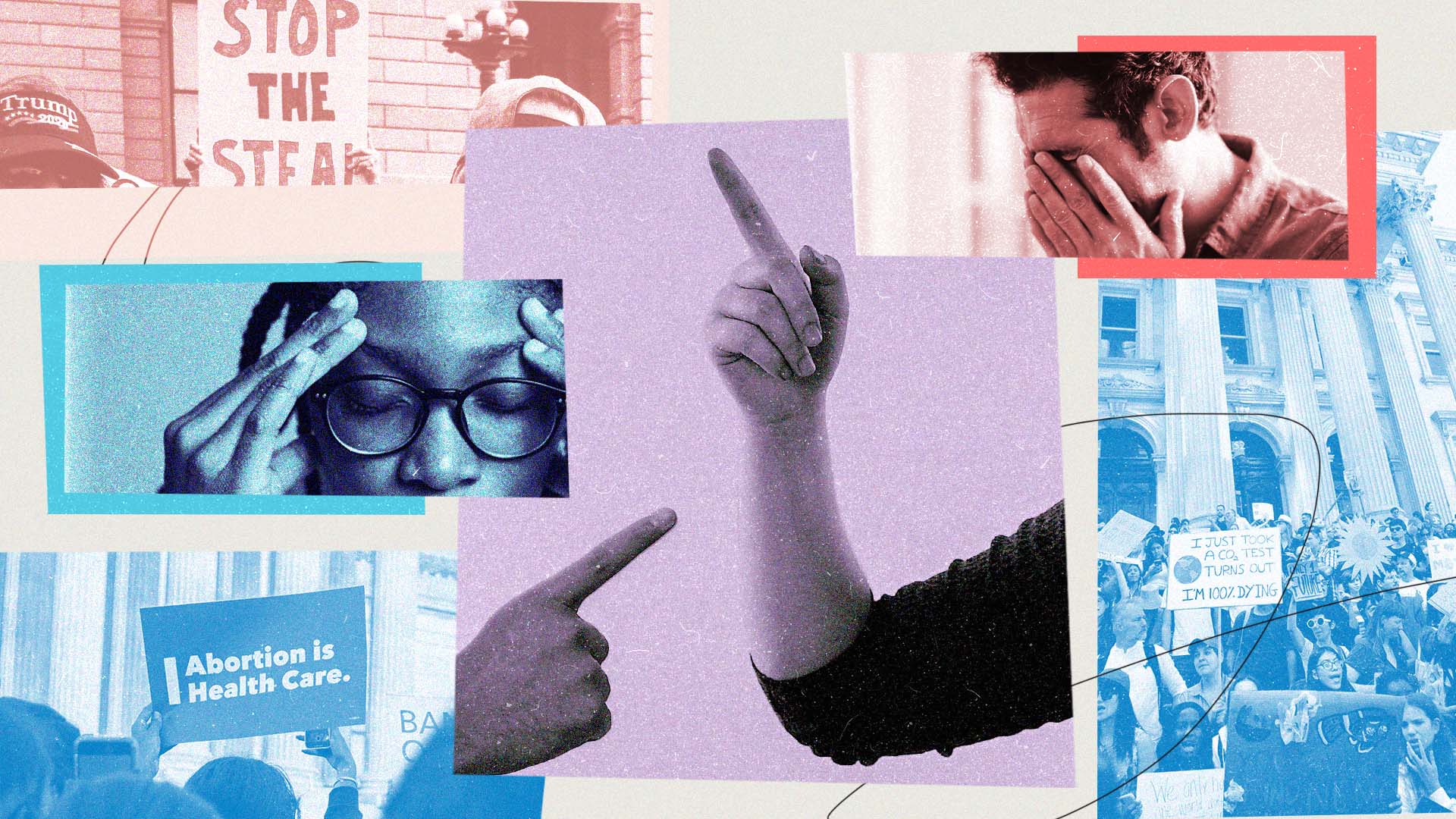 Anger helped fuel the blue wave that secured the House for Democrats in the 2018 midterm elections. Four years later, the latest edition of Morning Consult’s annual State of the Parties survey shows Republicans hold no such advantage over their Democratic rivals on this key metric about the electorate’s mood.

Ahead of the Midterms, Republicans Are No Angrier Than Democrats

Share of voters who said the following emotions described their feelings about the 2022 midterm elections for Congress “very” or “somewhat” well: 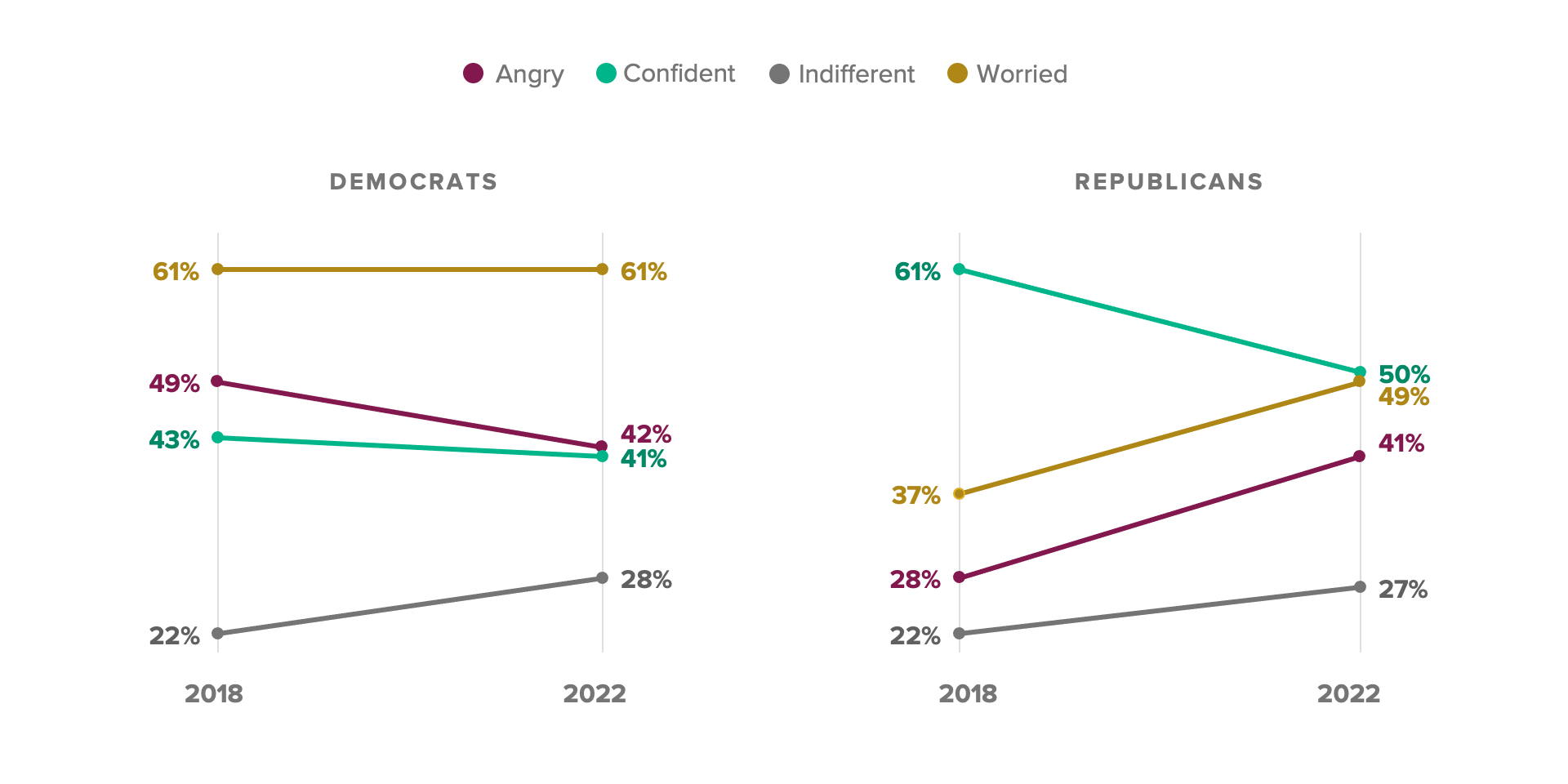 Anger is a motivator for voters

Political science research has found that anger is a proven motivator to get voters to show up at the polls — even more so than other gauges of anxiety or motivation — and the 2018 figures provided just another proof point. The Democrats 1-percentage-point advantage on this metric as the party in power in the latest data compares with a 21-point anger deficit that Republicans faced in 2018, when they went on to lose the House by a large margin.

But this year, Democrats are experiencing a number of counterintuitive signals from the electorate ahead of the November contests. While historical precedent indicates the president’s party should expect to take a hammering, Democratic voters are holding their own in terms of enthusiasm and the congressional generic ballot, and the party’s vulnerable Senate incumbents continue to overperform Biden’s dismal approval rating.

Some of this can likely be attributed to the Supreme Court’s decision to overturn federal abortion protections, which helped heighten Democratic anger this year.

Democrats Have Been More Angry About the Midterms Since Late April 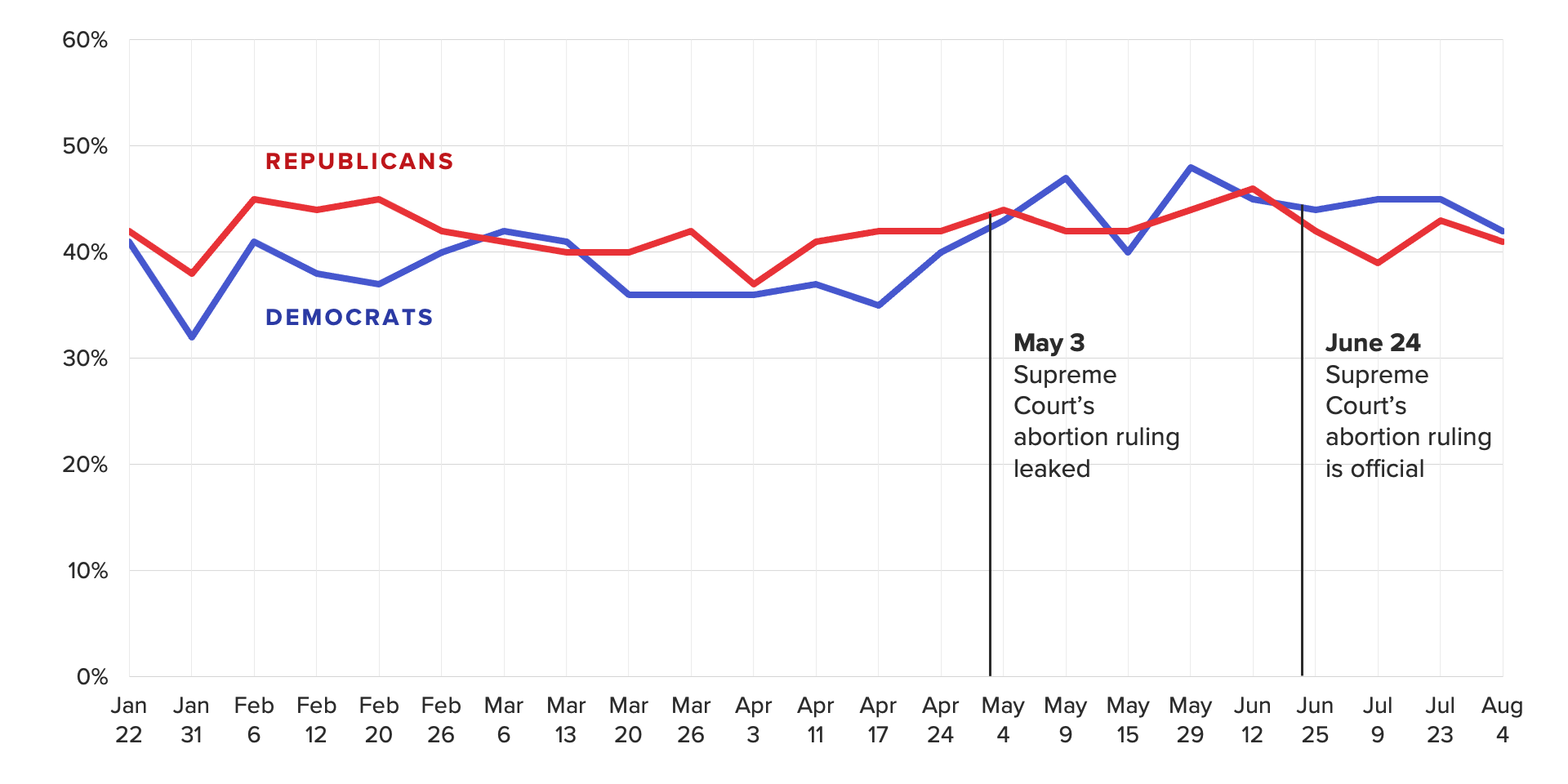 Surveys conducted in 2022, among national samples of at least 727 Democratic voters and at least 667 Republican voters, with margins of error ranging from +/-3-4 percentage points.

How anger ebbed and flowed in 2022

The latest survey gauging voters’ emotions about the midterms was conducted Aug. 3-4, 2022, among a national sample of 806 Democratic voters and 697 Republican voters, with unweighted margins of error of plus or minus 4 percentage points.

2022 Elections State of the Parties