More than 2 in 5 adults say a film like ‘The Flash,’ with a star accused of a variety of serious crimes, should never be released 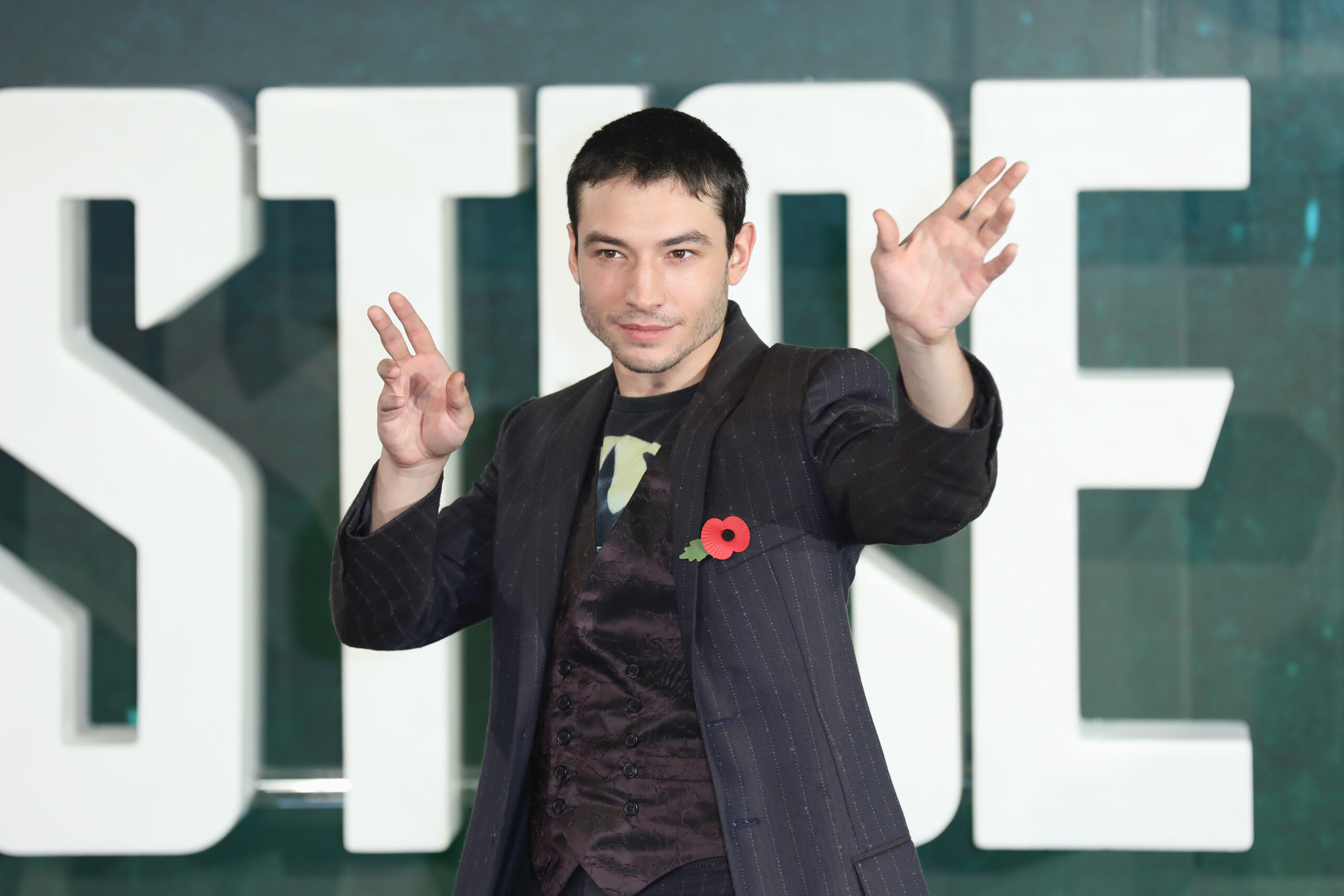 Ezra Miller, who apologized this month for his recent arrests and behavior, attends the "Justice League" photocall at The College on Nov. 4, 2017, in London. Seventy-two percent of U.S. adults said they would support it if a movie studio announced it was cutting all ties with the actor/actress who was accused of a wide range of misconduct, according to Morning Consult data. (Tim P. Whitby/Getty Images)
By Saleah Blancaflor

Earlier this month, “The Flash” star Ezra Miller was charged with felony burglary, the latest in a string of arrests and alleged misconduct ranging from allegations of grooming minors to assault. Miller’s most recent arrest came just days after Warner Bros. Discovery CEO David Zaslav praised “The Flash,” which, for now, is scheduled to hit theaters in June.

Warner Bros. Discovery is reportedly exploring three possible scenarios on how to move forward with the DC Entertainment film in light of the alleged alarming behavior of its star. In the first, the studio would release the movie as planned and have Miller, who uses they/them pronouns, do limited press if they seek professional help and publicly address their behavior. The second would see the studio release the film as is but have Miller play no part in its publicity and then recast the role for future projects. The third and final possibility is to scrap the $200 million movie entirely. Following that report, Miller apologized for their behavior and said they are seeking treatment for “complex mental health issues,” but the studio has not said if that affects its plans.

A Morning Consult survey conducted before Miller apologized shows that, in a situation similar to this one, more than 2 in 5 U.S. adults (42%) would want the studio to cancel the film entirely.

U.S. Moviegoers Put Outright Cancellation on the Table for ‘The Flash’

U.S. adults were asked what they think would be the most appropriate action for a studio to take if an actor/actress starring in an upcoming film was accused of the following:

What Warner Bros. Discovery should do with ‘The Flash’

U.S. adults were asked if they support or oppose a movie studio doing the following if it released a film that starred someone who was accused of a wide range of misconduct:

How Hollywood should handle a troublesome star

Warners’ next move flashes into view

This isn’t the first time this year a movie studio has had to make a decision about a controversial actor in a big-budget release: When Walt Disney Co. released 20th Century Studios’ “Death on the Nile” in February, the studio elected to keep the scenes of Armie Hammer and release the film as planned after sexual abuse allegations against the actor surfaced prior to its premiere. (Hammer, however, was not involved in any of the publicity.)

Since Miller is the lead of “The Flash,” and Warner Bros. has ambitious plans to expand the DC Universe, the studio is in a more awkward spot than most other cases. Although Miller has apologized for their behavior, one expert told CNBC it’s not “a get-out-of-jail-free card,” given the seriousness of the allegations.

Morning Consult data shows that DC Comics and Flash fans are enthusiastic about seeing the movie. But the survey also suggests the same fans believe a film in the very situation “The Flash” is in now should either be refilmed with a different actor or canceled entirely. That underscores the difficult position Warners finds itself in: Audiences want “The Flash,” just maybe not with a star who has been accused of a startling variety of criminal behavior.

Warner Bros. and DC Entertainment didn’t respond to a request for comment.

The Aug. 13-14, 2022, survey was conducted among a representative sample of 2,210 U.S. adults, with an unweighted margin of error of plus or minus 2 percentage points.